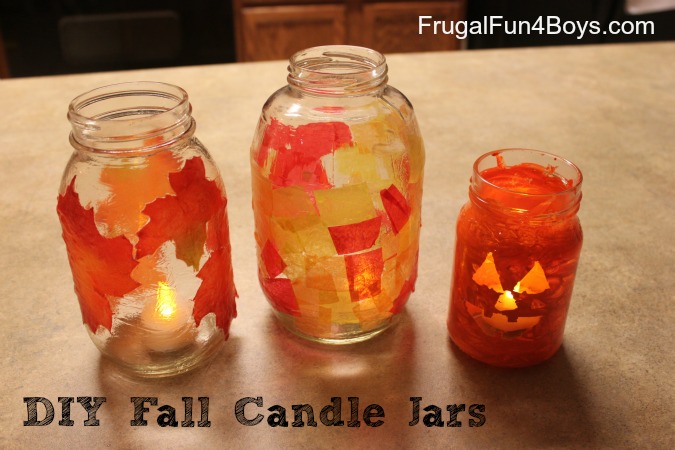 The boys were in the mood to do some fall crafts this week after I started decorating for the season! We started with Fall Leaf Candle Jars from Kids Activities Blog. I saw this idea pinned on Pinterest, and our first attempt pretty much qualified as a pinstrosity!

To make one, you need:

We bought some beautiful fall leaf garland from Hobby Lobby. Unfortunately, the leaves would not stick to the jar, even with generous amounts of Mod Podge! Then the color started bleeding out of the leaves, and the Mod Podge turned orange and pink. By this point, Gresham had run off to play, and I was covered in Mod Podge, so I didn’t get a picture. Since I’ve never used Mod Podge, I tried Mod Podging (is that a word?) some construction paper to the jar. It worked fine, so I figured the problem was the leaves.

Since I’m determined, we went to Walmart later that evening and bought some thinner fake leaves with a flatter texture. This time, I also peeled off the fake veins from the leaves. This was the key to the project’s success – you have to peel off the fake stems and veins!

The boys had a lot of fun with the project once we had the right leaves: 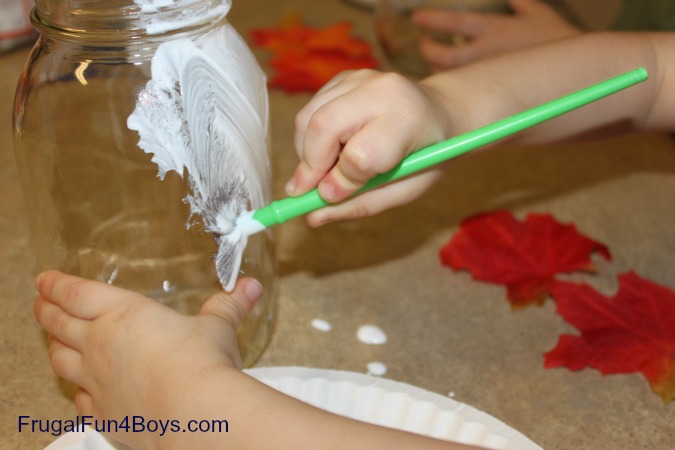 We coated the leaves with Mod Podge, let it dry, and then added a second coat. 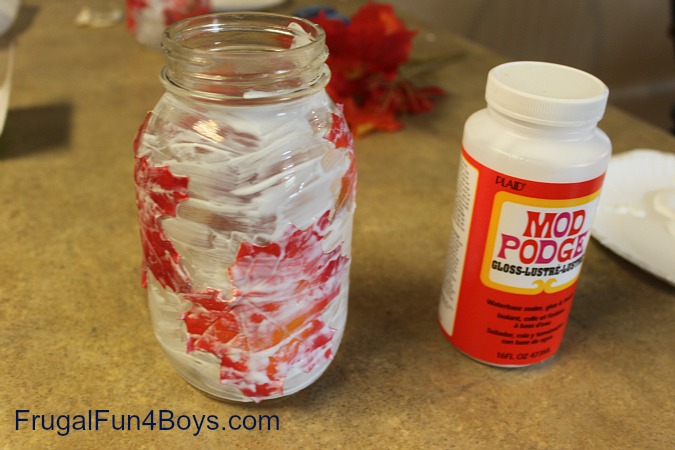 While I was at Walmart, I bought some red, orange, and yellow tissue paper because I figured we could make a candle jar with that if the second leaves didn’t work either. Aidan made a jar with colored tissue paper, and it turned out great! (See top picture) He used an applesauce jar for that one. 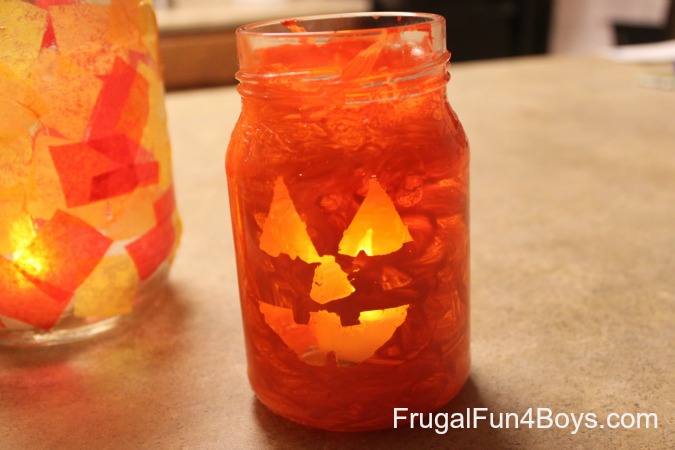 We bought battery operated tea lights at Hobby Lobby, and I’m so glad we did! They were about $1.00 each, and the boys are enjoying being able to “turn on” their own jars, and I don’t have to worry about flames. A real candle would probably be okay for the leaf jars, but I would definitely not recommend using a real flame with the jar-o-lantern since there is paint on the inside of the jar.