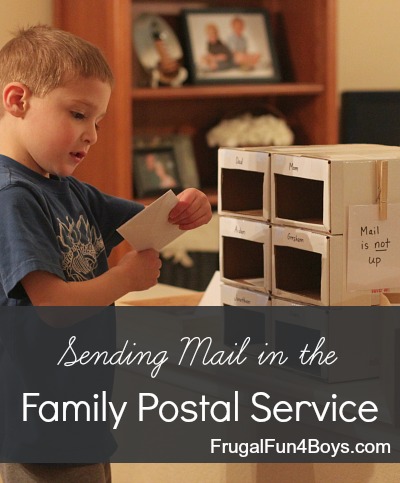 I am SO excited to share this idea with you because it’s such a fun way to develop writing skills while strengthening relationships and encouraging kindness at the same time!

One of the fun parts of having four (soon to be five!) children is that we have enough people around to invent some fun games. Last week, I introduced the boys to a new idea – a family postal service. This idea would also work really well in a classroom.

My husband and I built a “mailbox unit” out of small mailing boxes that I purchased at Target. We taped the boxes closed with mailing tape and then cut a large opening in one end of each box. To make the unit, we simply taped the boxes together with white duct tape. Then I labeled each person’s box with a mailing label sticker. 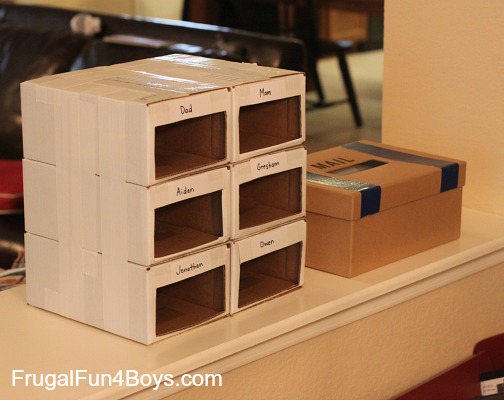 The boys can mail letters by putting them in this box, which also came from Target. I found it in the Valentine’s section for $2.50, I think. I added the word “mail” with sticker letters and some duct tape decoration. If you can’t find this type of box, you can easily make one out of a shoe box or other cardboard box. 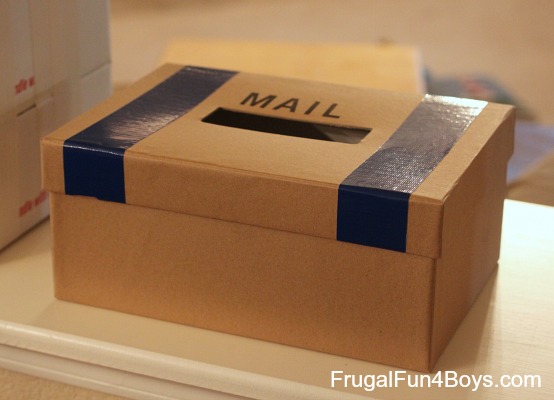 I set up a tray of mailing supplies complete with envelopes, paper, and stamps. I cut sheets of paper in half to cut down on paper consumption! They don’t write much in their letters, so it has worked out well. 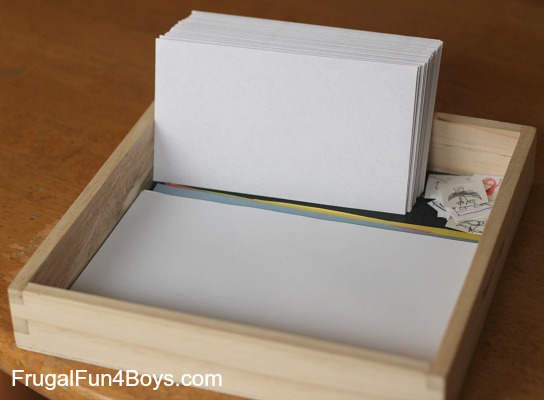 For the stamps, I cut blank mailing labels into small rectangles. The boys spent a LONG time drawing tiny pictures on their stamps! 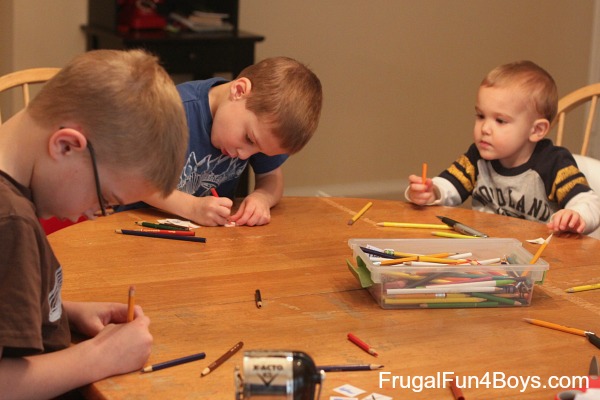 They made stamps with flags, eagles, ninja swords, Buzz Lightyear, and more. I made the heart one – and they rolled their eyes. BOYS!

The middle two boys really had no idea why we put stamps on letters, so I explained that we pay for stamps and that is how the postal service gets the money to run the post office and pay their mail carriers. It would be so much fun to visit a real post office while we’re doing this project! I will be looking into that. 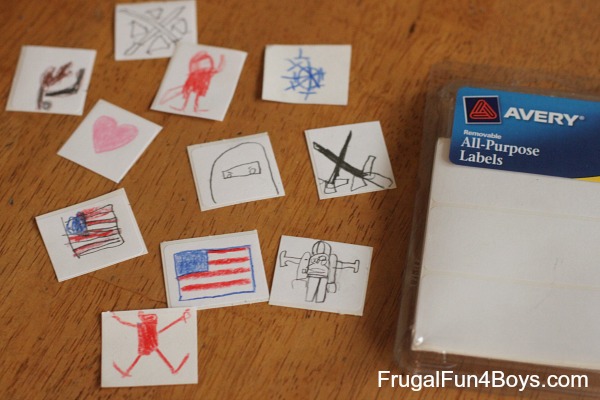 Each day, one of the boys gets a turn being the mailman. The mailman opens the box and sorts all of the mail into each person’s individual mailbox. 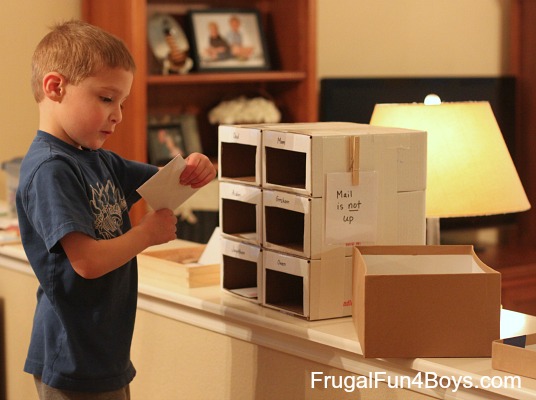 When the mailman is finished delivering the mail, he turns the sign around from the “mail is not up” side to the “mail is up” side. This fun addition reminds me of my college mail room. 🙂 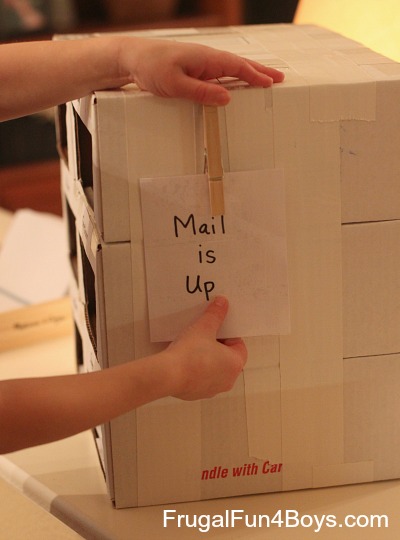 I chose to do this family postal service at the same time as our Kindness in Action family devotions. It has been a great way for the boys to practice being kind to each other. (I posted the Kindness in Action devotions as an idea for the month of February, but there is nothing time-specific about them. You can start them anytime if you are interested!)

My favorite letter so far was Aidan sending Owen a note with 25 cents attached. He had hired him to help sort his Rainbow Loom bands and mailed his payment. Cracked me up! 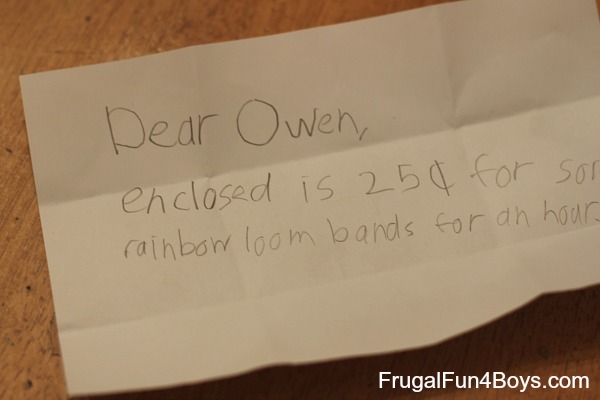 Jonathan is too young to read, but I have mailed him coloring pages that I printed online. And he loves having letters read to him that the boys send!

This idea is definitely something that the boys will lose interest in over time. I plan to let them use up the box of envelopes I purchased, and then we’ll put it away for a while. I think that it will be fun to get out the postal service again in the summer as a way to fight summer time boredom!