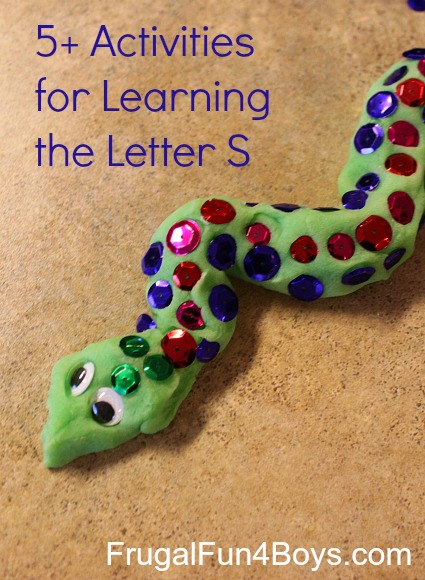 We just started our fourth “letter of the week” for Owen, and I am so happy with how it is going! He is really retaining the letter names and sounds, and having a letter theme for each week makes it easier for me to quickly think of some school activities for him.

1. Owen put star stickers on a letter S that I drew for him. Good for fine motor coordination! 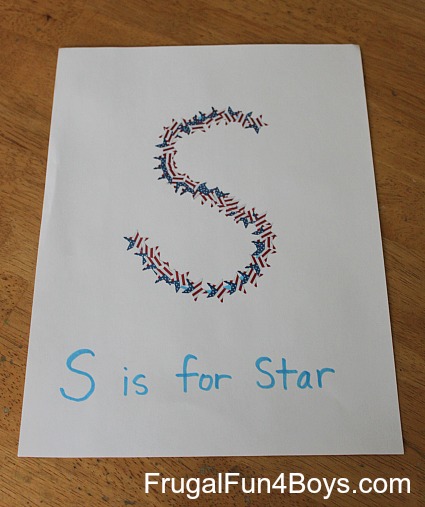 2. Owen worked on writing the letter S, which has been difficult for him. Handwriting Without Tears introduces the letter S as a “C,” and then a backwards “C.” This approach really helped Owen, especially since we did the letter C two weeks ago!

3. Our favorite activity of the week was making pattern snakes. This idea came from Learn with Play at Home. I absolutely love this post about using play dough snakes to learn math concepts! We focused on patterns.

Owen made the snake on the left and the one in the middle. I couldn’t get him to do any actual patterns, but sticking the sequins onto the snakes was good fine motor practice! My snake is on the right. 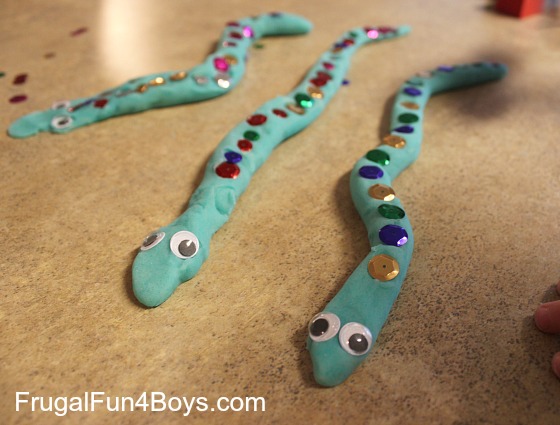 Gresham’s snake turned into quite a work of art! 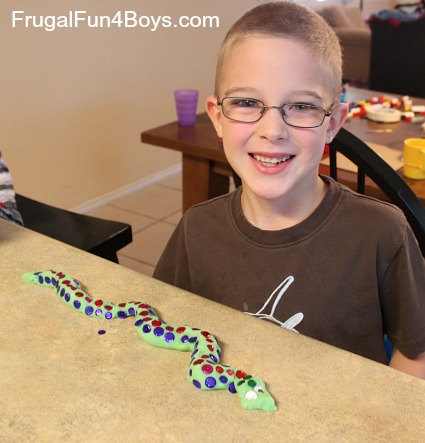 4. Owen enjoyed going on a scavenger hunt for things that start with S. 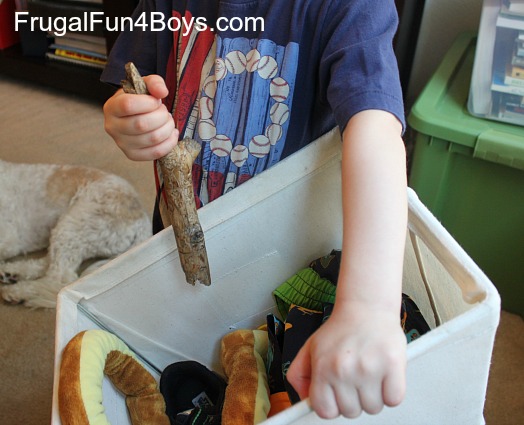 Owen is really new to letter sounds. I helped him find the first couple of things, and then he was able to find some things on his own. I asked him, “Does c-c-cat start with S?”

“Does sock start with S?”

On our scavenger hunt we found a sock, a stick, a swimsuit, a shoe, a spoon, a snake, and a can of soup.

5. We played stop and go games with a stop sign. I printed a stop sign from supercoloring.com, and Owen and I colored it in. Then, I glued it to posterboard, cut it out, and added a craft stick handle. 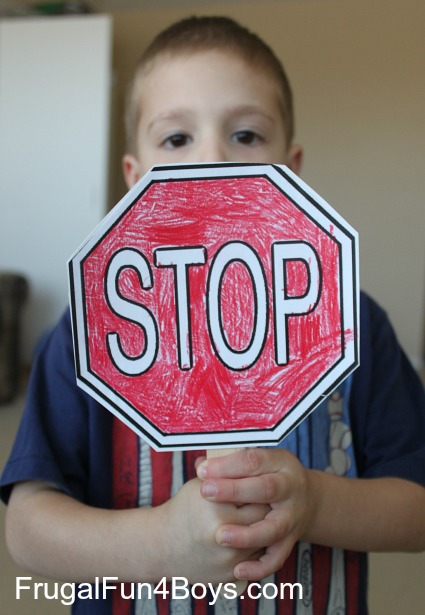 Owen thought that this stop sign was WAY more fun than I thought he would! We played running games across the game room where one person would hold up the stop sign, and the others had to run and then stop, sort of like “red light, green light.” Owen didn’t care if anyone was competing against him or not – he was happy to run and stop all by himself!

More Ideas to go with the Letter “S”: