Here’s a fun party drink that LEGO® loving kids will enjoy – LEGO® Ice Coolers! We made these special drinks for the kids to have at a cookout last weekend, and they were a big hit.

The thing that makes this treat extra special is flavored LEGO® ice cubes made with minifigure and LEGO brick silicone molds. As they melt they make the drink taste yummy! 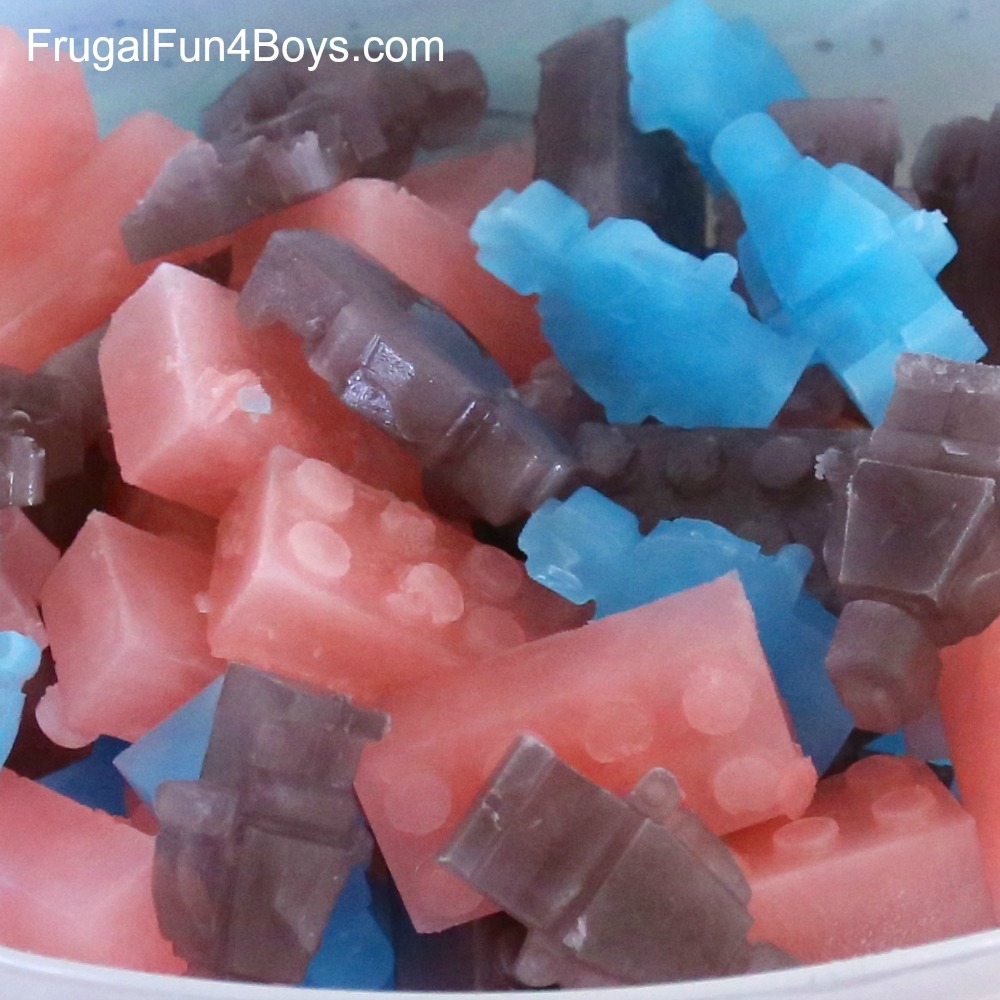 We used Kool-Aid in three different flavors. Normally, I avoid artificial colors in foods, but we made an exception for this. It’s fun to have a treat once in a while! If you want to make the ice cubes with different colors of fruit juice, that would also work well. 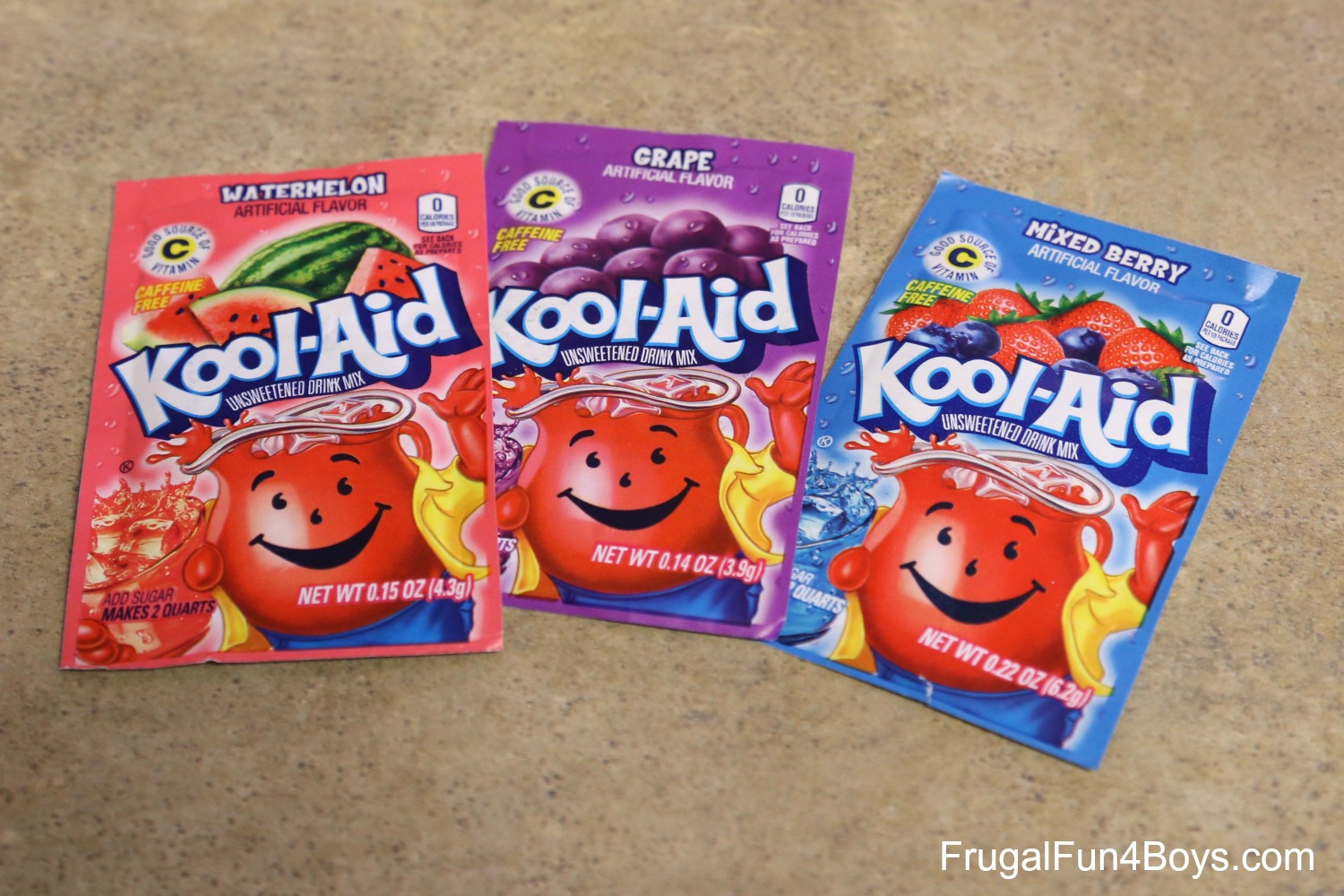 I mixed up the Kool-Aid using slightly less sugar but then 1.75 quarts instead of 2 quarts of water to make the flavor a little stronger. 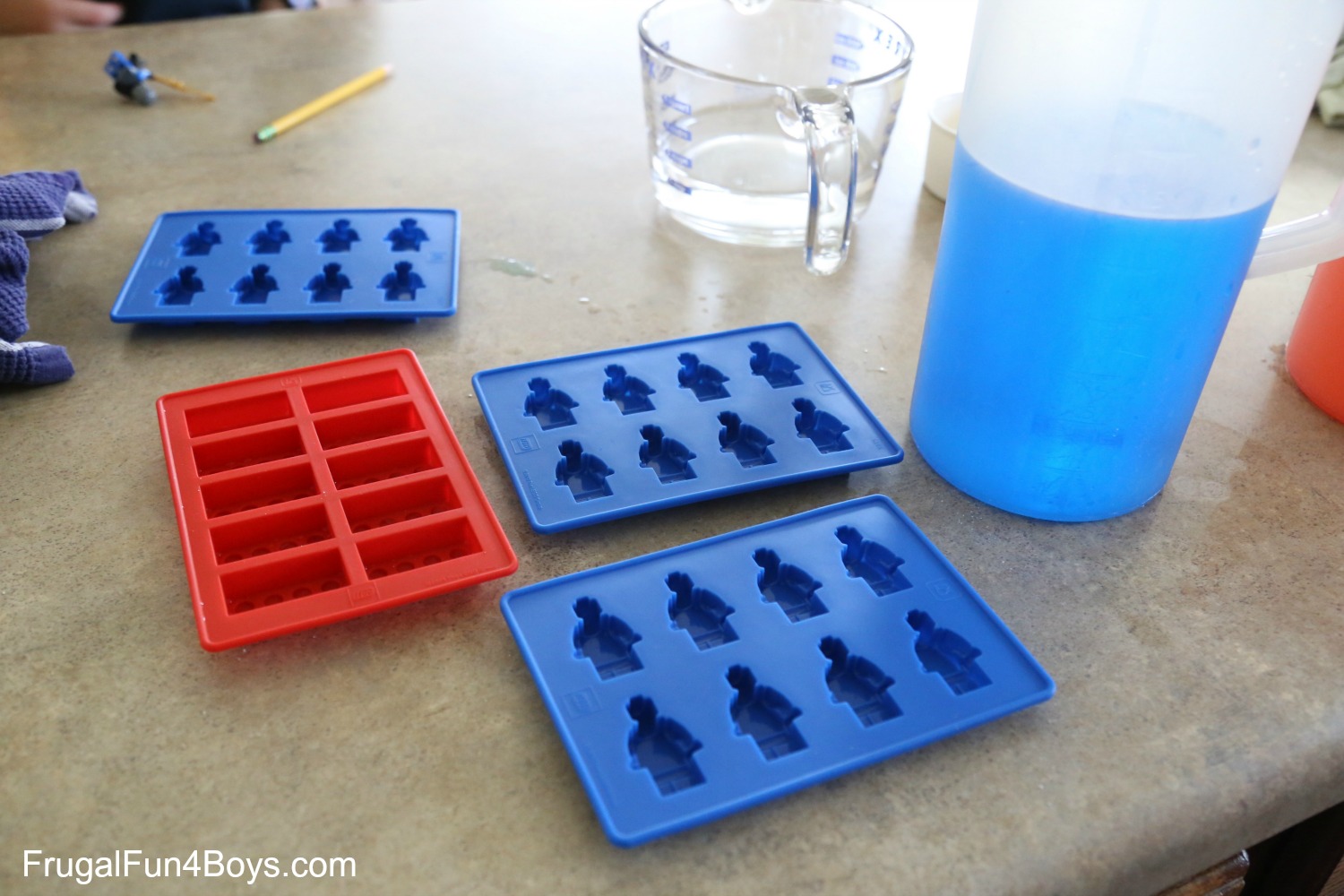 I had to make three rounds of ice cubes to have enough ice for our party guests, but it was worth it. I just emptied the ice trays into a plastic container when they were frozen, stuck them back in the freezer, and poured more Kool Aid into the molds. (Then I made popsicles with some of the leftover Kool Aid, which turned out yummy as well.) 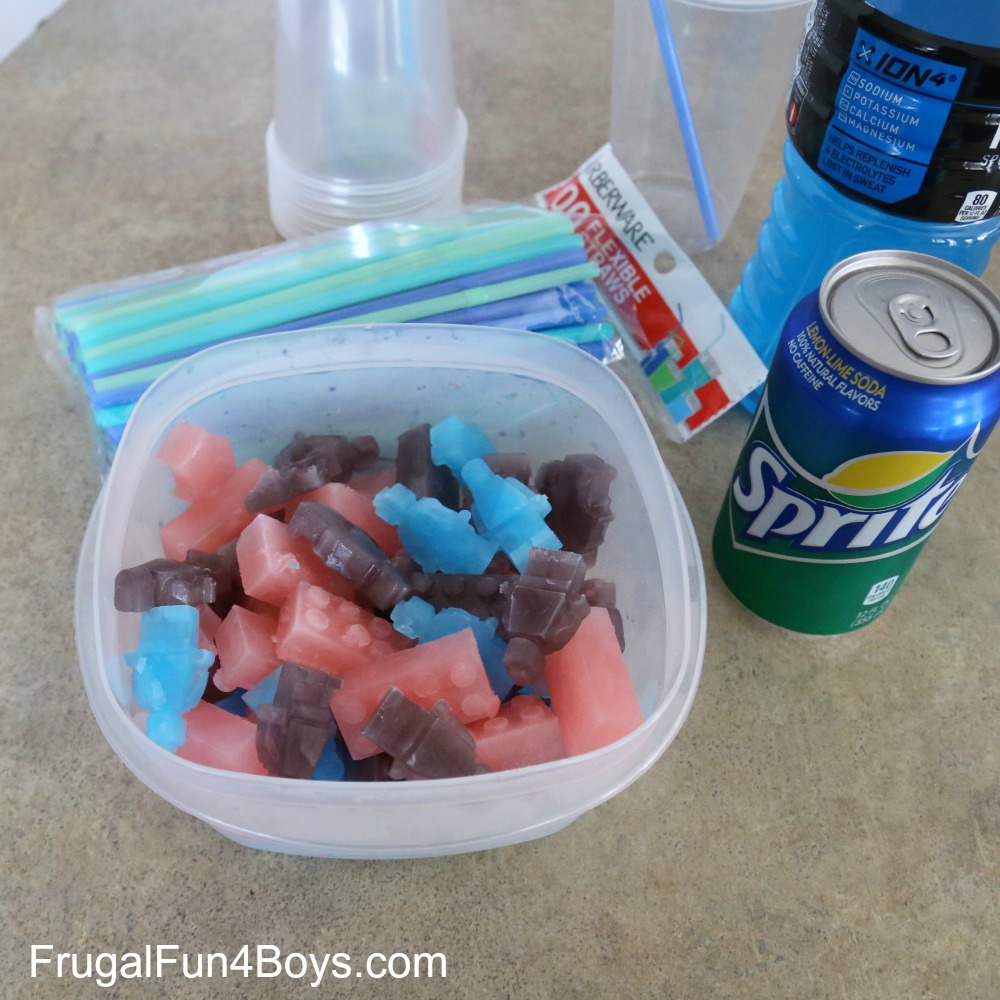 We put some ice cubes in each cup, and then a mix of Sprite and blue Powerade. (I never said this was a health drink!) 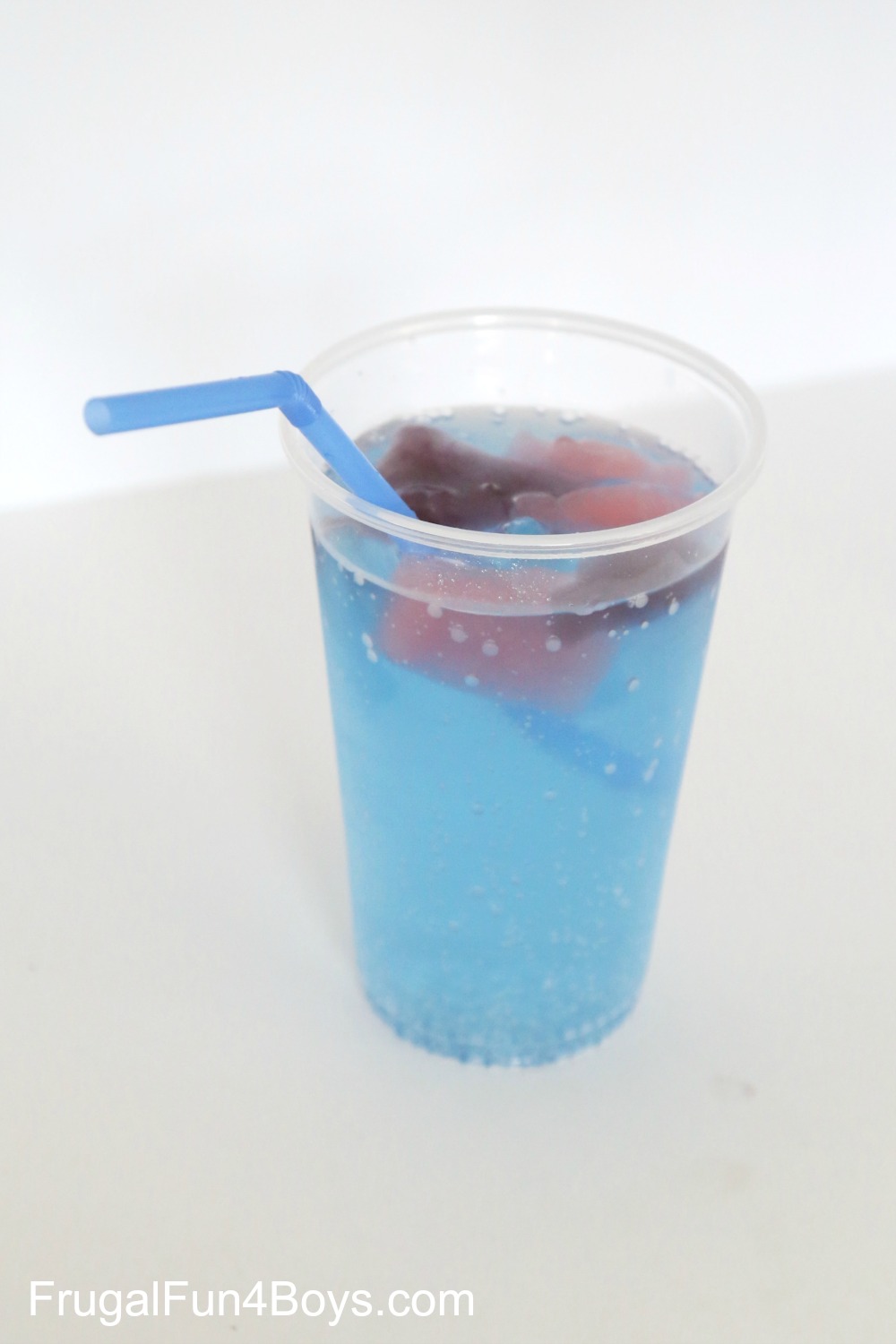 Some kids wanted just Sprite, and that was fine too. You can see the LEGO ®cubes better that way. 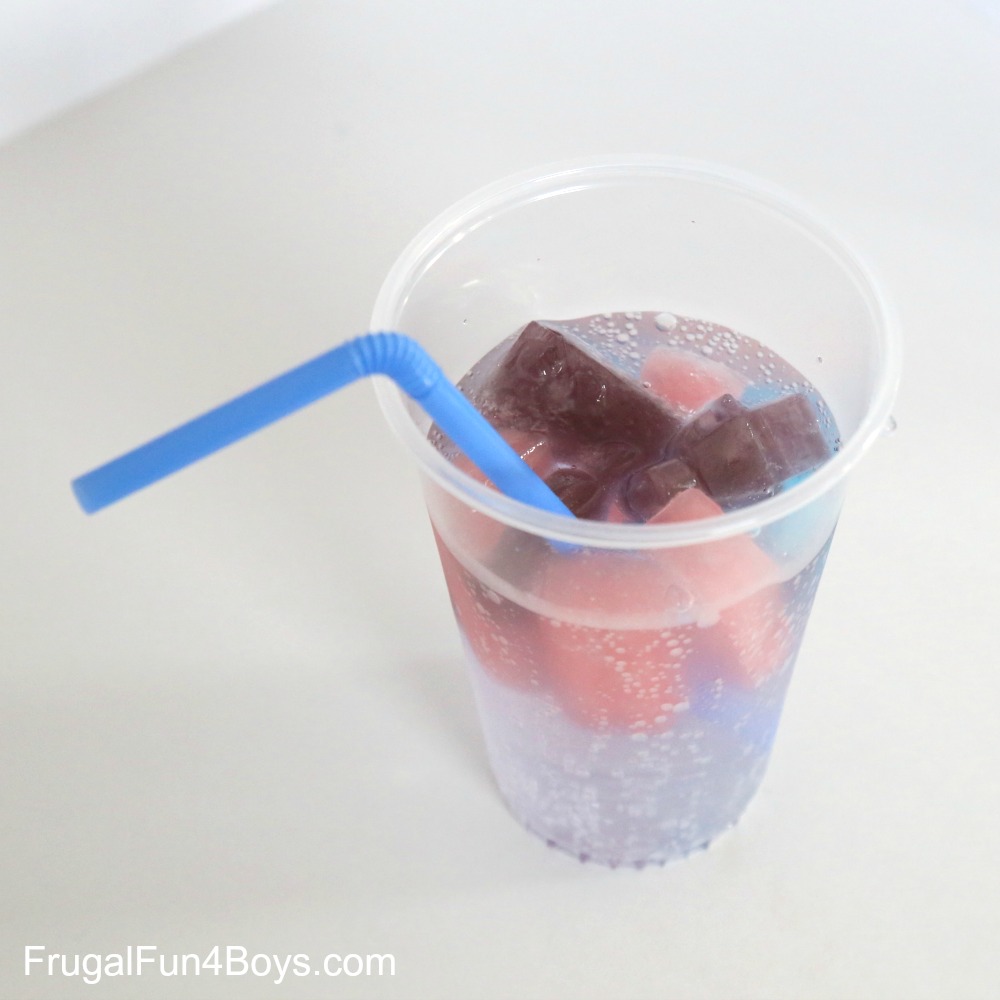 So, does it taste good? Let’s see… 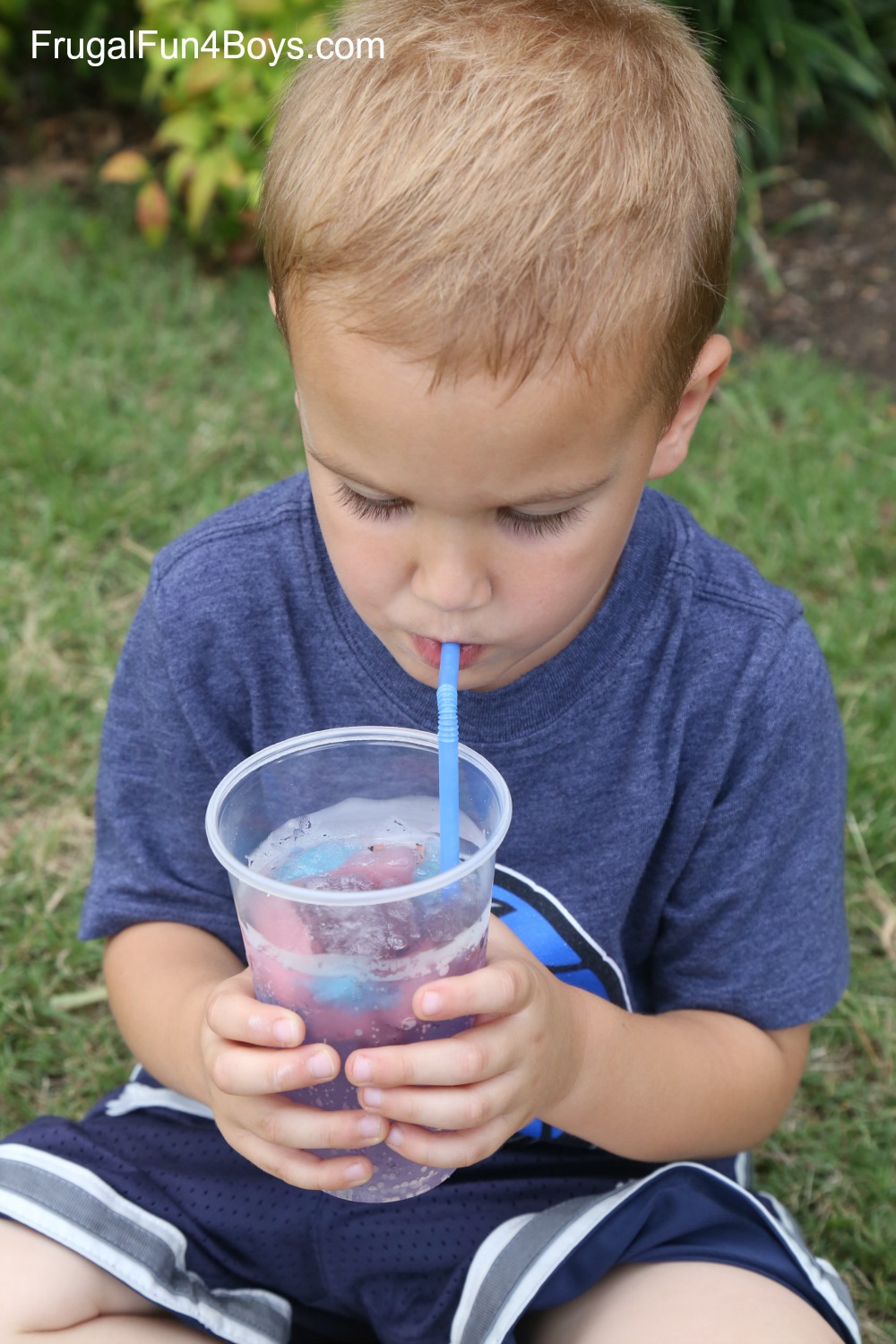 Yes! He likes it! 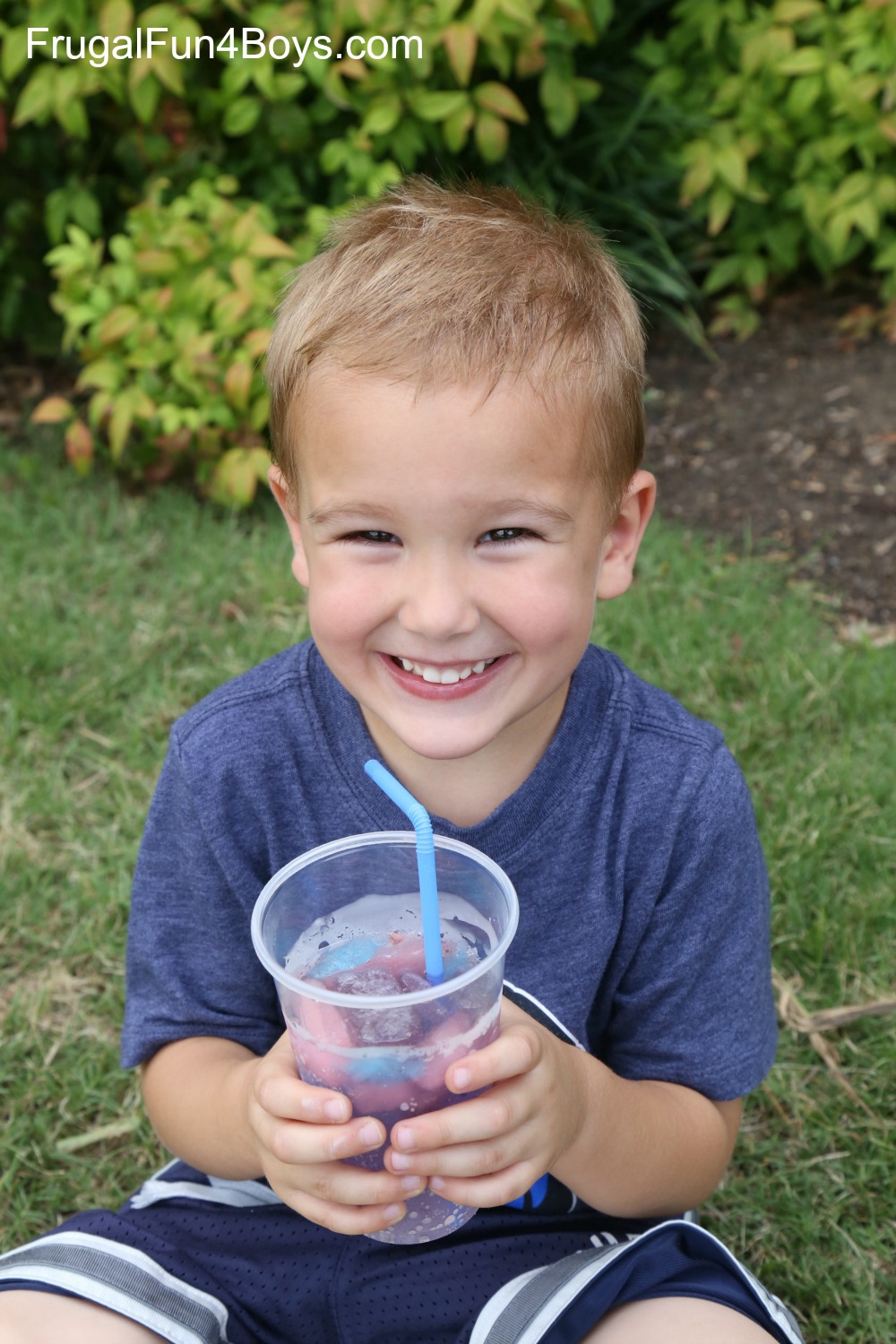 Need the LEGO® molds? You can find them here: LEGO Silicone Molds

Be sure to stop by the rest of the LEGO week posts! 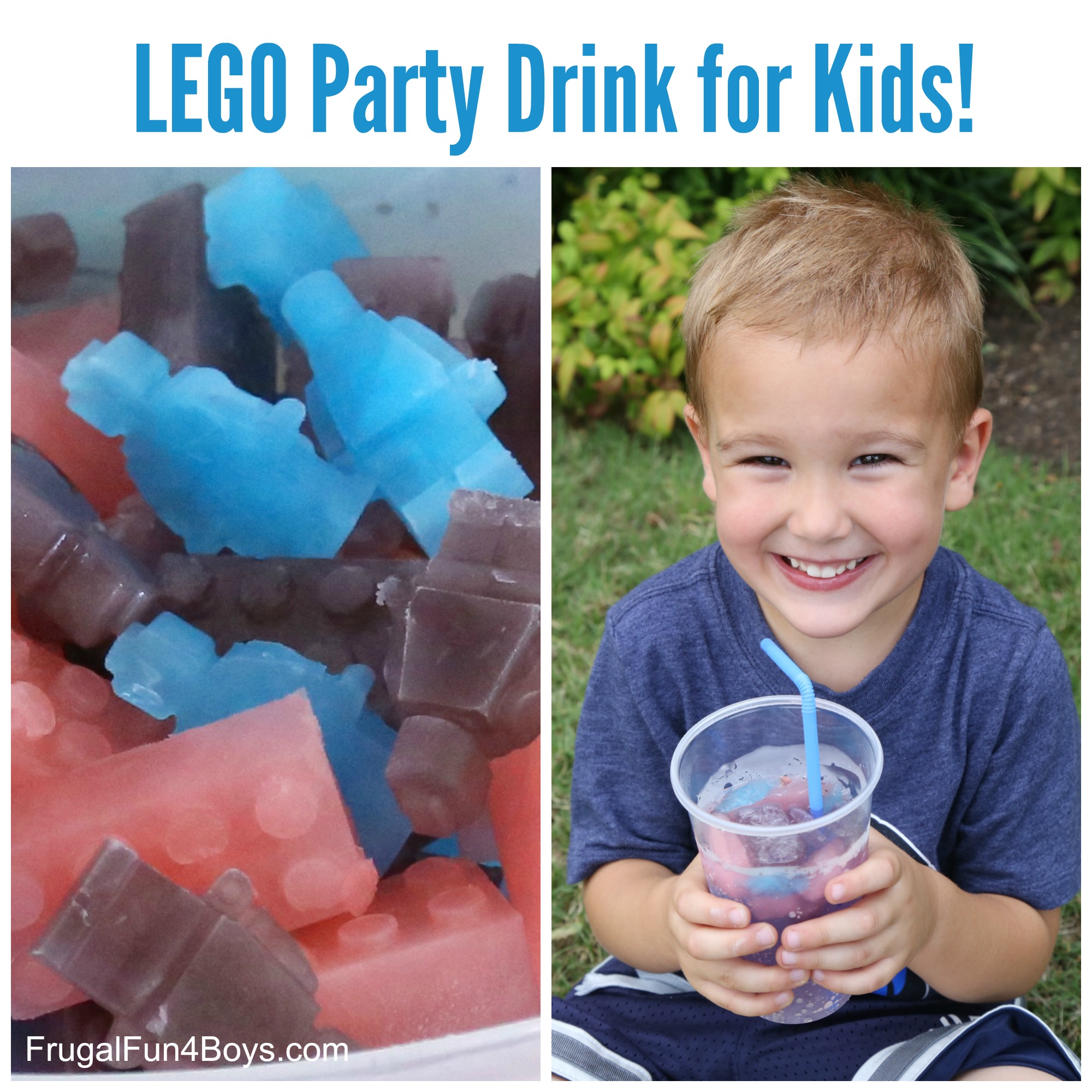