A few months ago, our dog got into a diaper in the trash and ate part of it! I didn’t know that he had gotten into the diaper until I found the most bizarre looking dog throw-up on the carpet, and determined that it must be that gel crystal stuff that is inside a diaper. I made a mental note that exploring whatever it is inside disposable diapers would make a great science experiment! (Pretty sure that qualifies me as a weird homeschool mom!)

Anyway, we finally did our experiments, and we had such a great time exploring the insides of diapers!

First we googled what is inside disposable diapers. We found that there are two things inside the diapers – paper fluff, and an absorbing crystal substance called “sodium polyacrylate.” Sodium polyacrylate is a polymer. A polymer is a substance where small molecules join together to form long chains. Water is a monomer (H20), but water molecules cannot join together to form polymers.

The monomer for sodium polyacrylate is CH2–CH(CO2Na), and these molecules join together in a repeating pattern.

Sodium polyacrylate can absorb an amazing amount of water – 200 to 300 times its weight in water!

Experiment #1: How much water can a disposable diaper hold?

First, we observed the diaper to see what it felt like before we poured water into it. I told the boys to pay attention to how heavy it was. 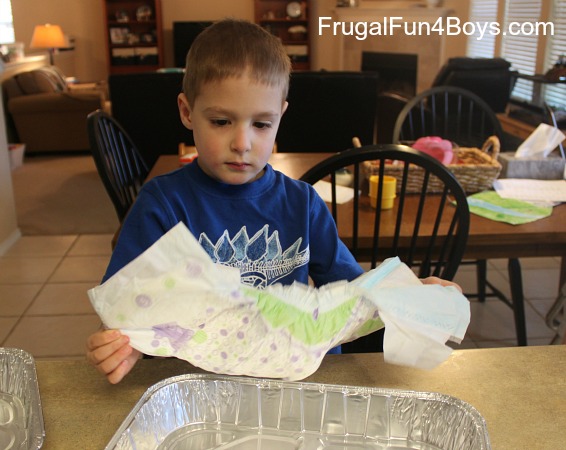 Then, we started pouring water into the diaper a little at a time. We let it absorb for a minute or two before pouring in more. 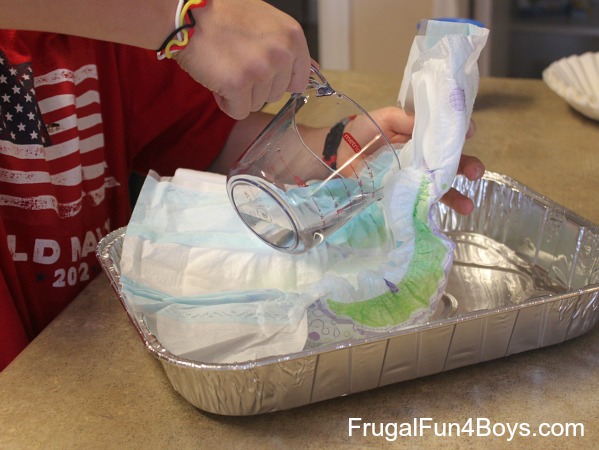 The diaper held an amazing 2.5 cups of water! It was incredible – and HEAVY. Good thing I change Jonathan’s diapers before they get that wet! Ha! And yet the lining of the diaper felt dry. I guess they really do keep the wetness away from the baby’s skin.

After being amazed by how much water the diaper held, we were ready to cut one open and explore the crystals.

Experiment #2: What do sodium polyacrylate crystals look like? And how much do they expand?

I cut another diaper open and pulled out some of the insides: 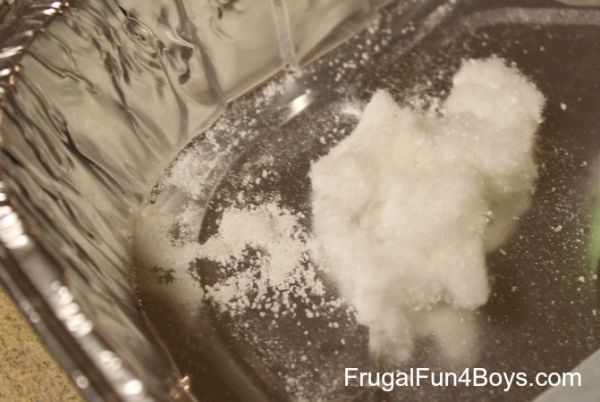 It was easy to separate out the fluff from the crystals. I dumped some of the crystals into a small bowl. 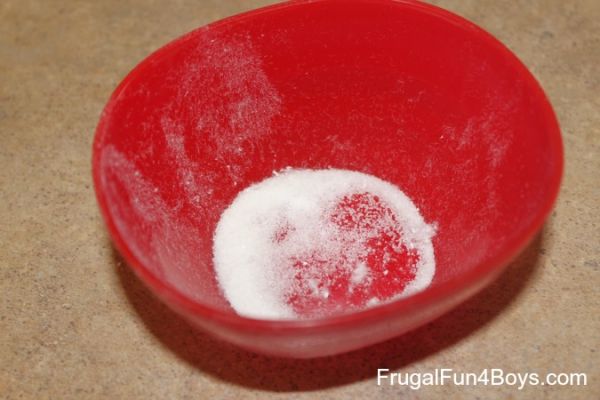 Then, the boys got to use some of our many water transfer pipettes to add water to the sodium polyacrylate crystals! Of course, everyone had to be able to see! 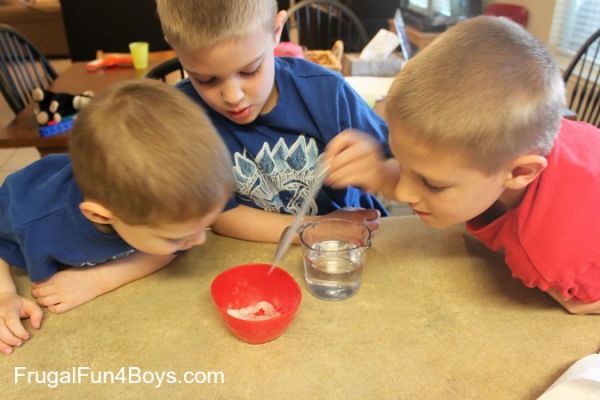 That tiny amount of crystals expanded to fill the entire bowl! 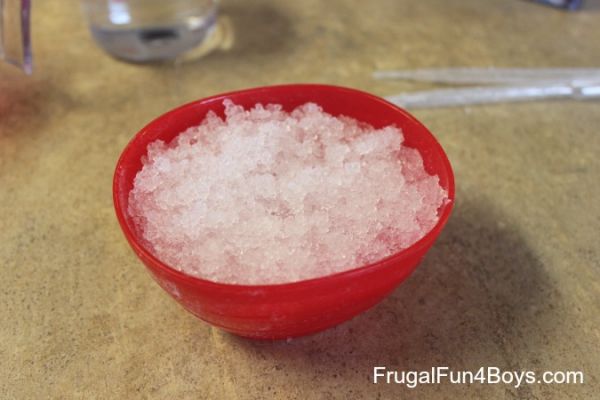 So we dumped it into a larger bowl and added more water! We finally found the saturation point. Incredible. 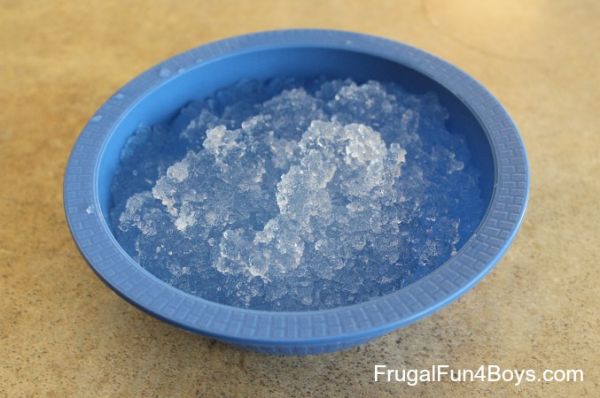 I think that comparing different brands of diapers (of the same size) to see which brand can hold the most amount of water would make a great science fair project!

Who knew diapers could be so interesting? 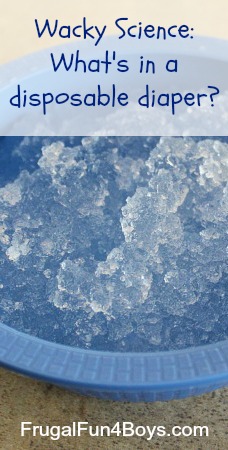