I have been wanting some acorns to decorate with (being as how fall has just arrived in Texas…), and so my boys and I went to the park last week to collect some! We were disappointed to find a zillion pecans, but no acorns! So when we found a great oak tree at church on Sunday night that had great acorns under it, I let Gresham collect them. He happily filled up a trash bag with acorns while I visited with a friend from college on the phone. She asked if the acorns were going to show up in a blog post, and I said “of course!”
So here you go… things to do with acorns! 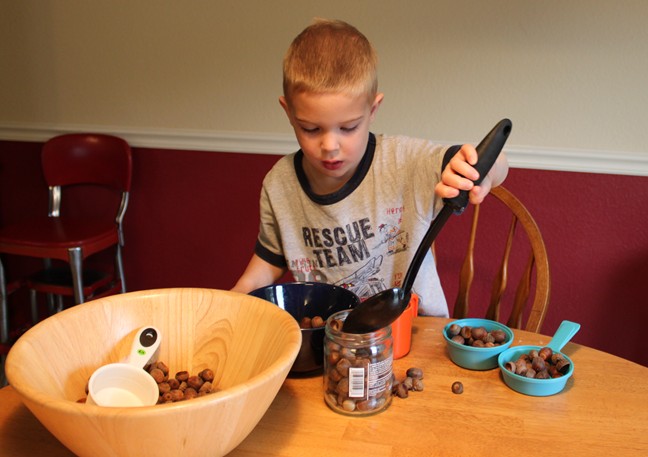 Pretend to Cook with Them
Gresham spent 45 minutes this morning playing with the acorns, some kitchen utensils, bowls, and measuring cups. I was amazed at how fun it was to pour them back and forth between containers. 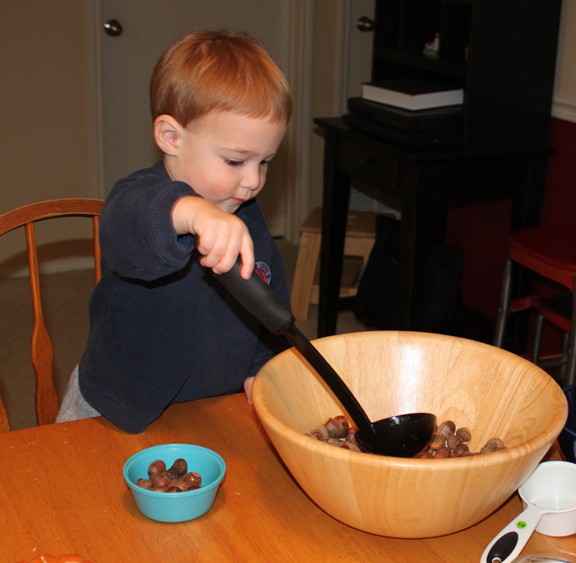 Owen also got in on the fun… and the acorns held his attention for a record-setting amount of time.
You can read about Owen’s usual antics here – he has not exactly been the easiest toddler! In fact, I have never seen a toddler as busy and into things as he is.
He had so much fun transferring the acorns from one container to another (with his hands, not the spoon), and he only tasted them a couple of times, which was nothing short of a miracle!
Do Math with Them 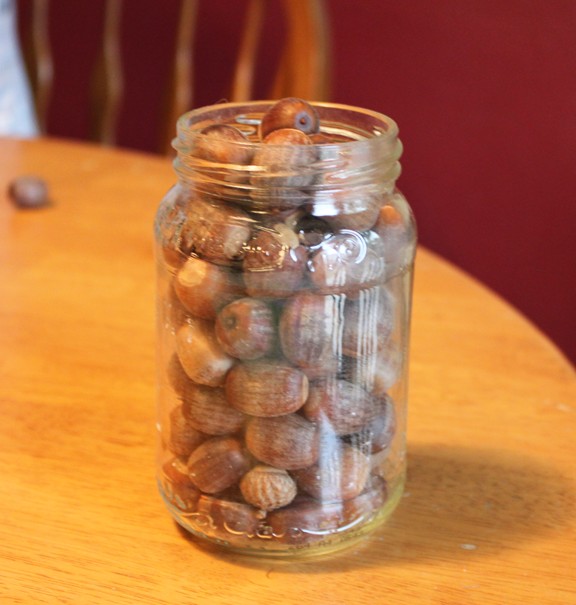 I filled this jar with acorns and had Aidan estimate how many were in it. Then, we dumped it out and counted the actual amount. He figured out that he could get a better estimate by counting how many “layers” of acorns there were, and how many were in each layer. Pretty smart! (Actually, I think he may have seen kids doing that on Curious George the TV show – they always have some type of learning activity after the episodes…). Aidan did come up with the idea to then fill a shorter, wider jar and compare the volumes.
Use them for a Family Conversation Starter 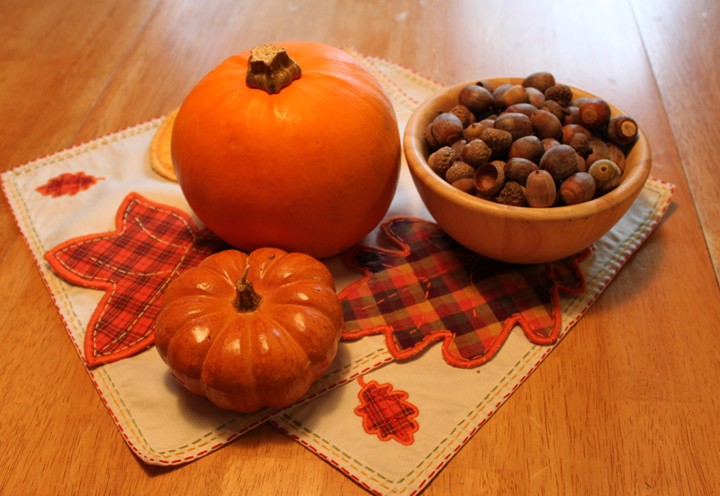 During dinner, give each family member three acorns. Have them name three things that they are thankful for as they put their acorns back into the bowl. Or have them share three good things that happened that day.
Or, just let the acorns look pretty!
Now we need an idea for an acorn craft! Does anyone have a craft idea for us?