The traffic light challenge is a game that I invented to help keep things positive when we have several errands to run. And it has worked!

A couple months ago, we had several errands to run. In the afternoon. During nap time. The boys’ behavior had already been quite challenging that day with generous amounts of fighting and extremely high energy. I knew that I could never survive an outing with multiple stops (all of them boring) when everyone was already in such a bad mood. But there were some things that we just had to get done! In desperation, I grabbed some paper and three colored pencils – red, yellow, and green.

“Okay, here’s the deal,” I told them. “We have to go to Carter’s, JC Penney’s, and Kroger. You each get one traffic light for each stop, plus one for behavior while we’re riding in the car.”

I quickly drew four traffic lights for each child. 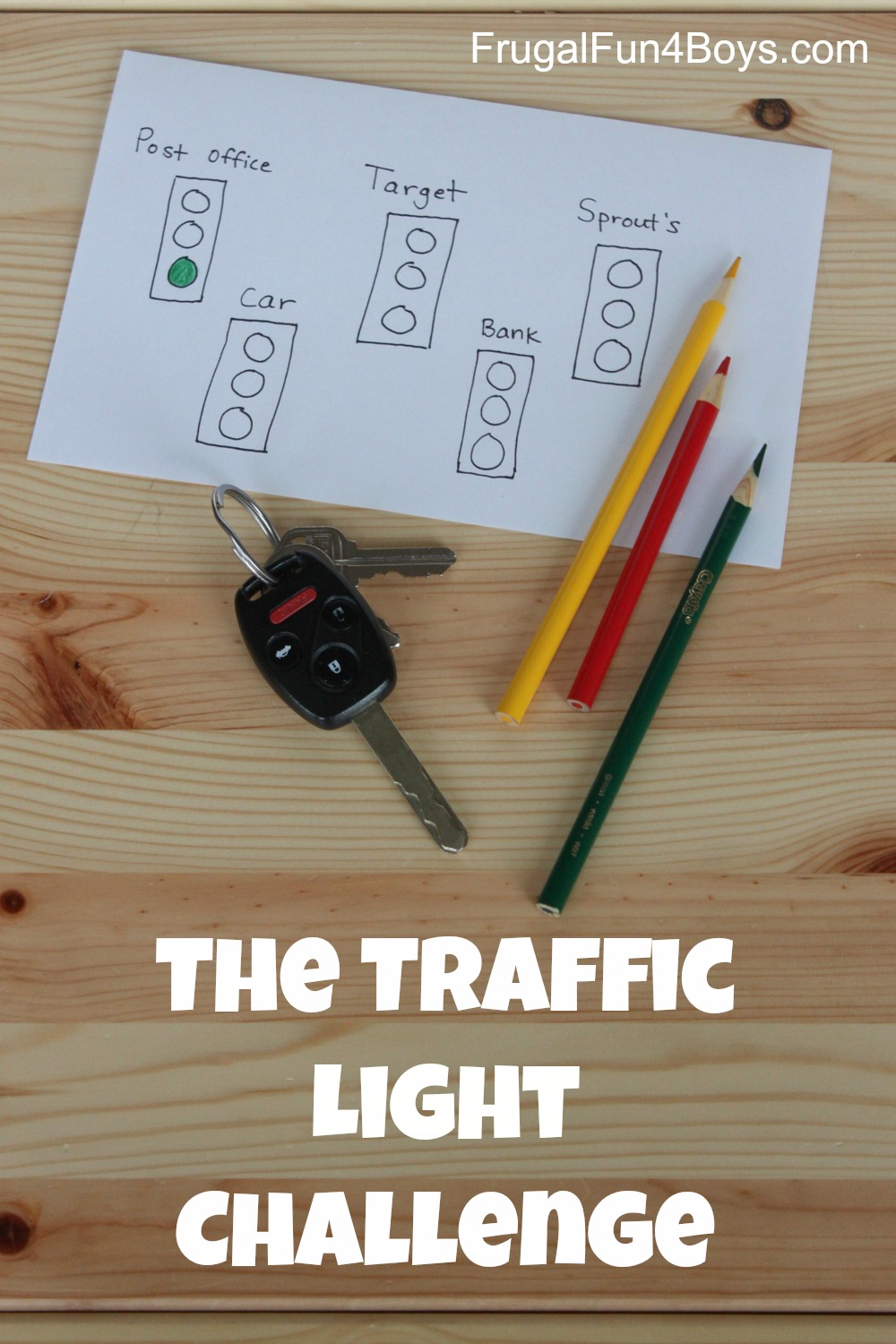 “At the end of our outing, we’re going to Sonic for slushes or ice cream. At each stop, your job is to have appropriate behavior. I will give you one warning at each stop, if needed. If you continue to do something that I have asked you not to do, you will move to yellow. If you continue to misbehave after that, you’ll move to red for that stop. At the end, you will earn a treat at Sonic if you have NO reds, and no more than ONE yellow. We’re going to Sonic no matter what. But only the people who have earned it will get a treat!”

The boys are currently 11, 8, 6, and 3. I adjust my standards for errand-running behavior based on age. For example, Aidan is 11 and knows what acceptable behavior should look like. Jonathan is only 3. I don’t expect him to remember store etiquette (using a quiet voice, not running, not constantly asking to buy things) from trip to trip. But if I ask him to stop running while we’re in the store, he needs to stop!

On that first outing, the younger two boys lost their chance to have a treat. I knew that I needed to stick to what I said in order for this to be effective! The next time, they both earned a reward.

One more interesting thing… I did this mainly for my younger kids, but my oldest has commented that it really helps him keep his behavior in check when he has a specific goal. He is one of those who is tempted to make his own “fun” when things are not interesting enough. A little accountability really helps!

What do you do to survive errands with kids? (Besides going without them – I do plenty of that, too! Sometimes it’s the best way…)