A homemade game is a great boredom buster for kids! Here’s how to make a simple Carrom game with materials from around the house.

When I was young, I enjoyed playing my grandparents’ Carrom game during visits to their house. My parents now own a set, so my kids get to play at their grandparents’ house! It’s a fun game to get out on holidays. The other day we made a simple homemade version that is a great boredom buster for kids.

Carrom is a “strike and pocket” game similar to billiards. This game is found throughout the East and probably originated in India. Our version is simplified from the original. If you’re interested, you can read about the proper game rules here: Carrom Game.

To make the game board you will need:

Use scissors to cut an opening in each of the four cups, like this: 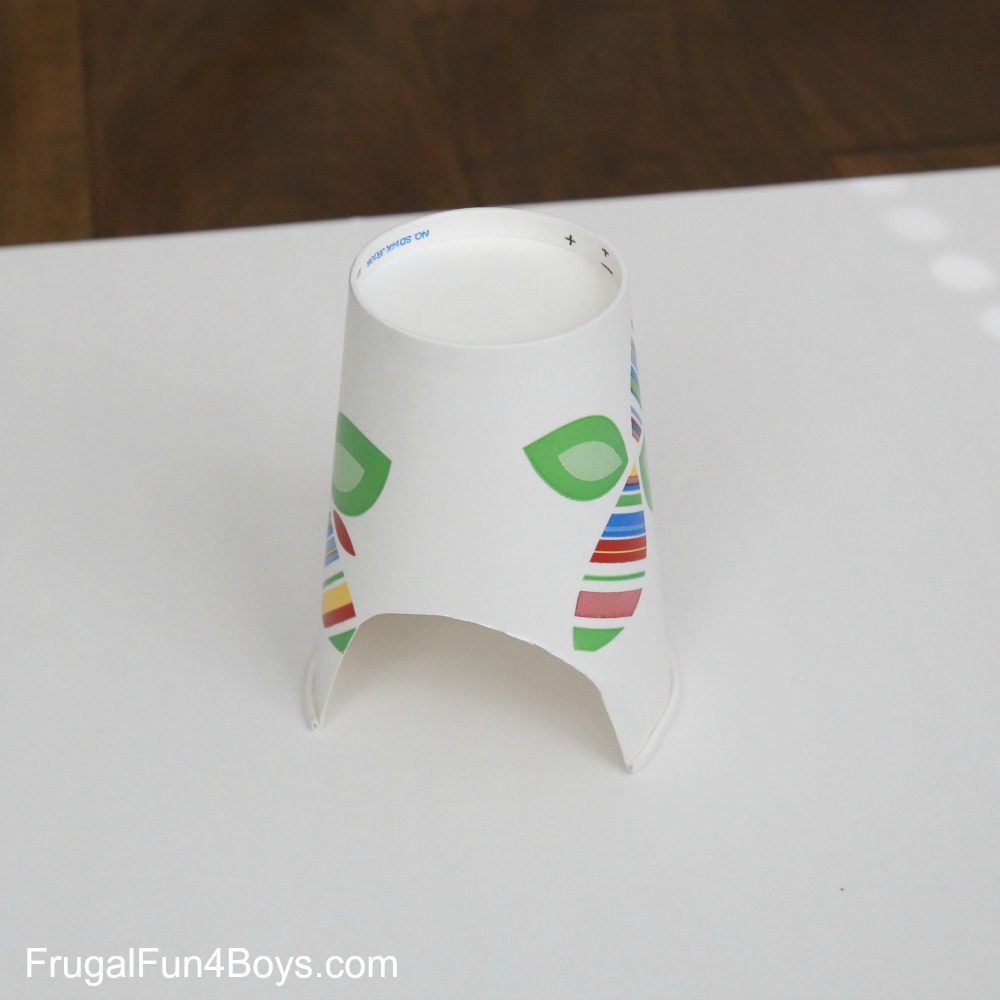 We put a small piece of tape on two of our Connect Four pieces to mark them as the strikers.

You will need some type of bumper to go around the edge of the game. We used Duplo Legos. It would also work to put the poster board inside a shallow cardboard box. 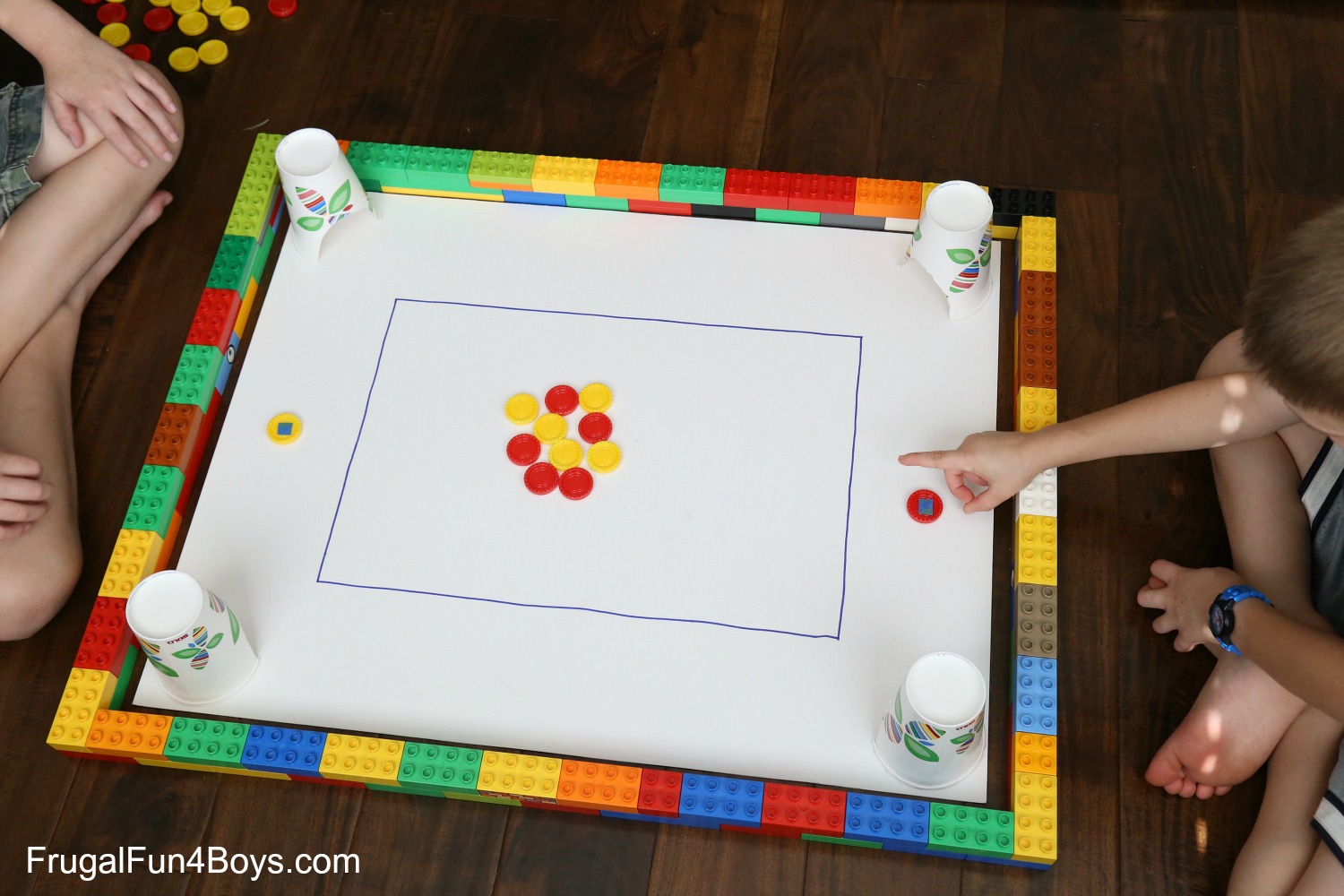 To play the game (our rules), start with five game pieces of each color in the center of the board. Players flick their striker and try to hit pieces of their color into any of the four cups. The striker must stay outside the center rectangle when shooting, but we allowed players to shoot from any side on the board.

The first player to get all five of their game pieces inside the cups wins! 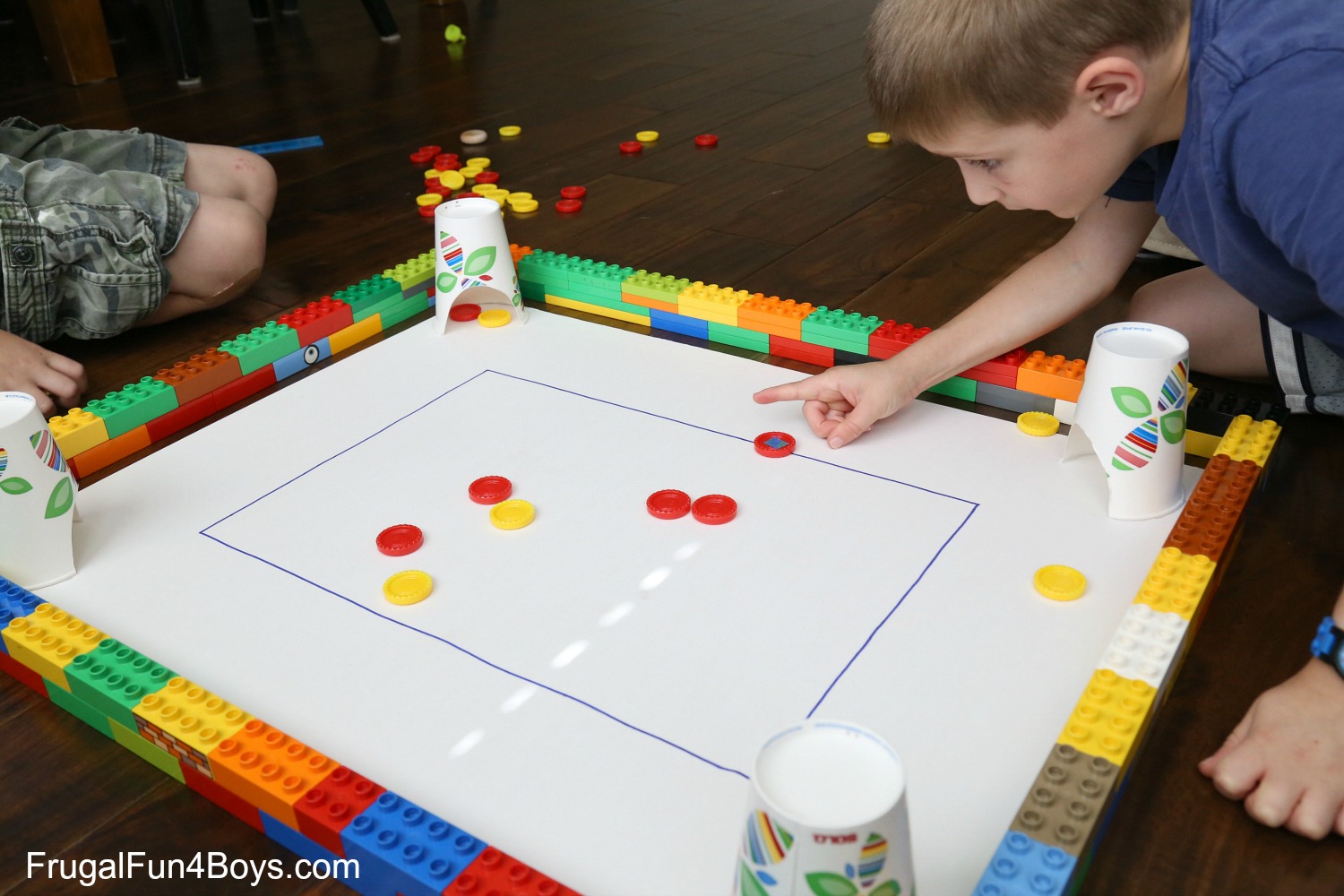 Also, in the real Carrom rules, if your striker goes into the pocket, then you have to take out one of your playing pieces. We decided not to go by that rule for our simplified version, but for older kids this would add more of a challenge.

You can make the game longer by starting with more playing pieces in the center of the game board.

Interested in the real game? Here is a Carrom game board on Amazon (affiliate link): Carrom Game Board 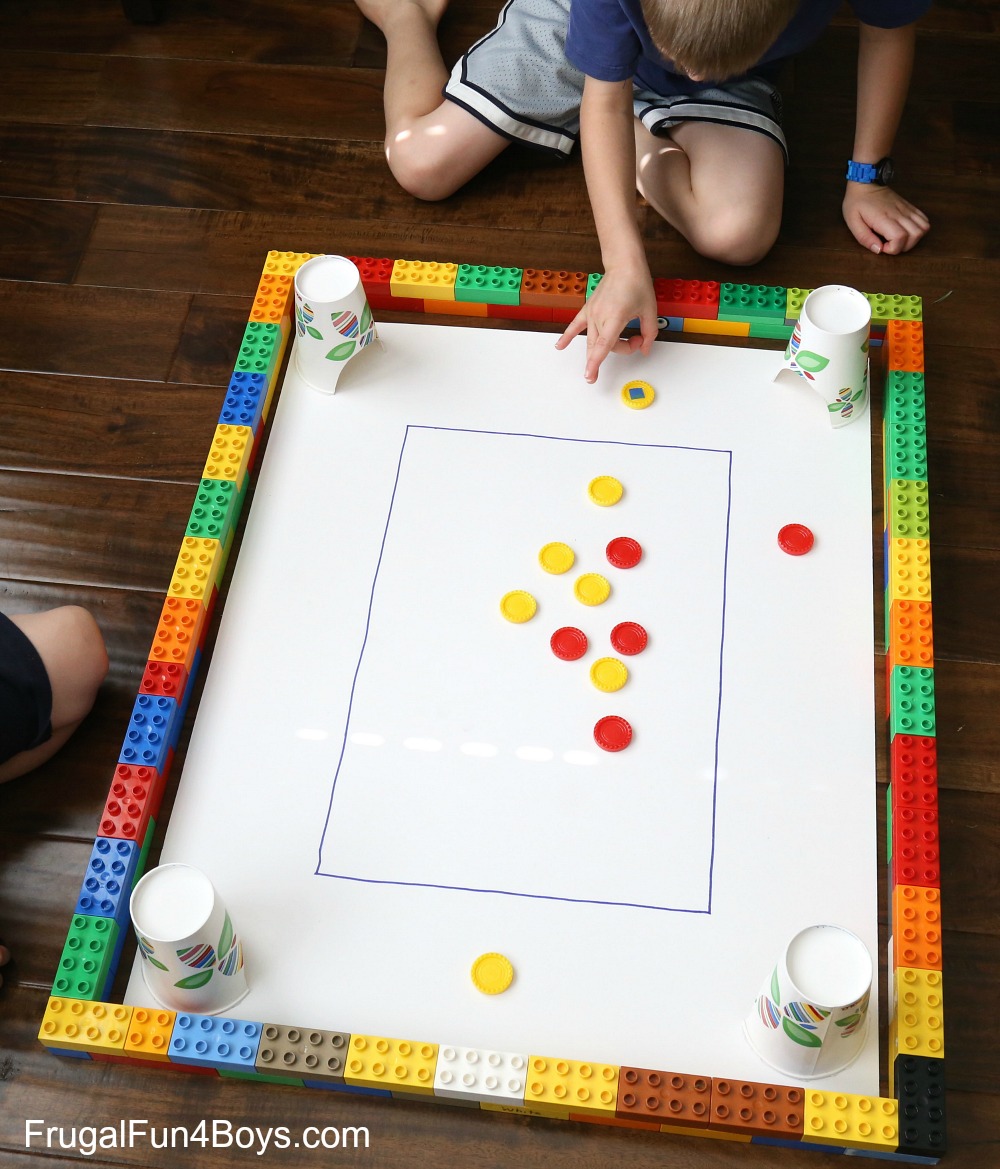