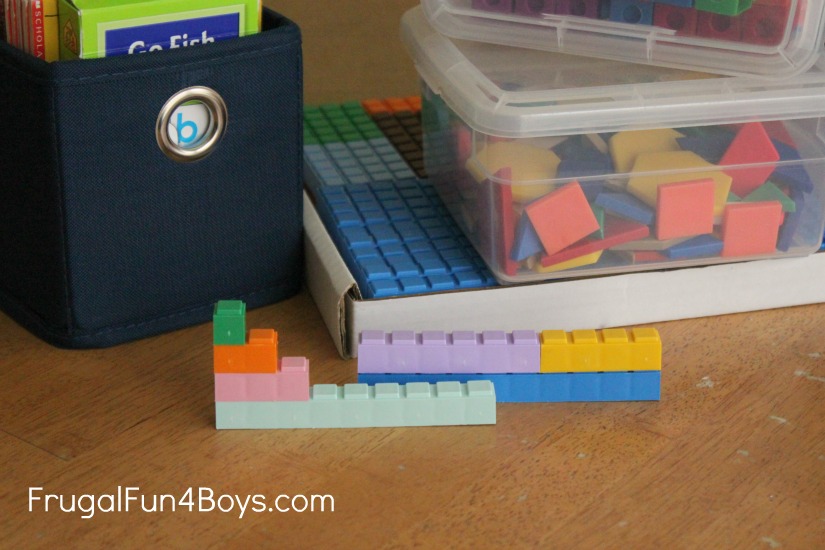 So, we started our homeschool year last Monday. Yes, it’s very early! We’ve been having high temperatures around 108 degrees, and it’s just too hot to do anything else! I like starting early and having the freedom to take some time off when the weather cools down.

Aidan is in fourth grade this year, Gresham is in first grade, and Owen (turned 3 in May) is starting to be ready for some early preschool activities! (If you’re interested in what curriculum we are using, you can find Aidan’s fourth grade curriculum here and Gresham’s first grade here.)

So how’s it going so far? Well… here’s a recap:

Monday (Day One): Getting into the school routine was a struggle. We don’t have a hard and fast schedule with times on it because that doesn’t work at this stage of life! Instead, each boy has a checklist of things that need to be accomplished during the day, and we pretty much follow the same order every day. On our first day of school, we had whining and full-blown temper tantrums when the boys were asked to do the next task on their list. We had sibling squabbles. We had excessive dawdling. Every time I left the room (to change a diaper, feed the baby, fix lunch, etc.) school deteriorated into mayhem.

Monday evening: Extended meeting with the principal (Daddy) to discuss the day’s troubles. The boys promise that Tuesday will be better.

Tuesday: Pretty much a repeat of Monday.

Wednesday: We took the morning off to have some friends over. The boys had a great time, and I did too! They did some school in the afternoon, and it went much more smoothly than Monday or Tuesday.

Thursday: Thursday was a good, solid school day. I was happy with what we accomplished.

Friday: Aidan had a friend over in the morning, and the boys did a partial school day in the afternoon.

Monday (Week 2): Mom, Gresham, and Owen were all sick. No school for anybody. Instead, the boys watched MANY PBS kids shows.

Tuesday: Mom still sick. I decided not to attempt a school day, but to run a couple of errands instead. It took all morning to get ready to leave, and then we only did one errand because it was so hot and I was tired/congested.

Thursday: Gresham woke up with signs of a sinus infection. I called the doctor and made an appointment for 11:00 a.m. Then, we had to go get a prescription. We went to CVS to pick it up, and found out that the doctor’s office had sent it in to Target (30 minutes away from the CVS store) and Target had already filled it, so CVS could not fill it. We needed groceries anyway, so it worked out okay to go to Target, but it was 3:40 p.m. before we arrived home. I taught violin lessons at our home from 4:30-5:30, and we didn’t get one lick of school work done!

Friday: Apparently, the time that we had off this week sent us back to square one with behavior. I spent all day correcting people and getting them back on task!

Homeschooling is about more than the number of minutes spent on spelling or math. It’s about character. It’s hard to remember this when we’re in the grocery store and someone sees all the kids and asks, “Oh, is school out?” and then looks at us funny when I explain that we’re homeschooling. It’s easy to think that I need to prove to everyone out there that my kids are smart and well educated.

I will drive myself crazy if I feel guilty every time “life” happens and we have to take yet another day off! I have the responsibility to be diligent in planning our school days – we should not be regularly taking days off because of a lack of diligence on my part. However, I need to remember that demonstrating godliness in my life and helping the boys develop godly character is more important than the amount of school work completed. The boy who won’t do his math because he doesn’t feel like doing it has the same problem as the boy who is being a toot in the grocery store because he doesn’t feel like going shopping. I am fulfilling the role God wants me to fill when I shepherd that child in either situation.

Also, I tend to imagine kids in school classrooms working quietly with no interruptions and feel like our home will never measure up to that! This is not a worthwhile thought. Life is wild right now with a baby and an “into everything” preschooler (So far he’s ruined two gluesticks and cut up some things he shouldn’t while we’ve been doing school). But there are interruptions and distractions at school too! If at some point we feel that a school environment would be best for our boys, we can send them to school. Until then, I need to focus on why we chose to homeschool and not beat myself up about the fact that our home is a home and not a classroom only.

On the day that we had to take Gresham to the doctor, Aidan offered to push the stroller for me on the way in. I must have looked surprised, because he followed up his offer with, “I decided that this is going to be a happy outing!” When we got to the exam room, he read a book to Owen instead of the usual pestering. Thank you Lord for a glimmer of character development on a day when our school plans went out the window!