Let’s do some Hot Wheels STEM projects! These simple science experiments feel like play, but kids will actually be exploring the physics concepts of velocity, mass, momentum, and air resistance.

There are two experiments in this post. I created recording sheets for both that include the full scientific method, and you can print them at the bottom of the post. 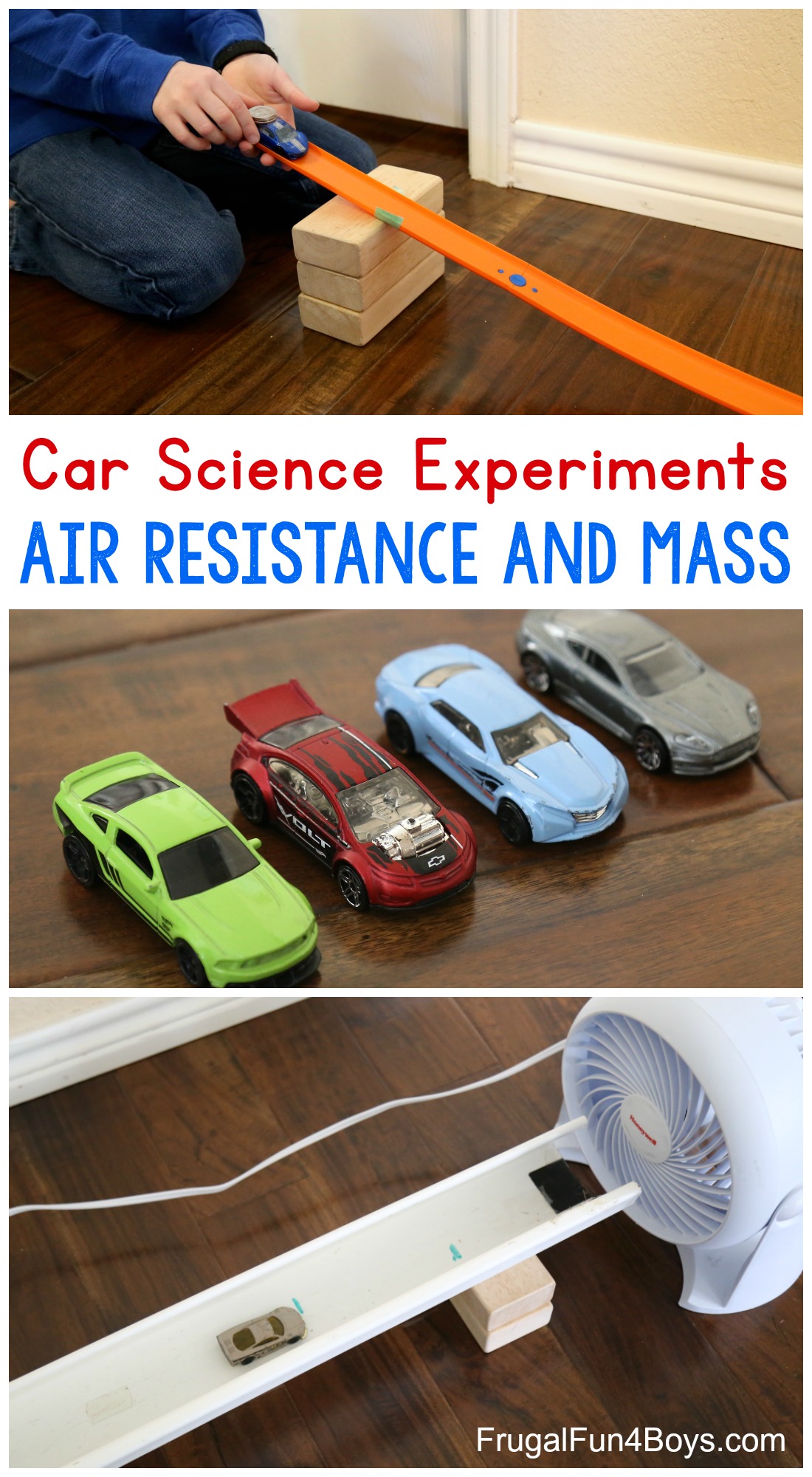 The purpose of this experiment is to answer the question of which will travel farther – a car on its own, or a car with mass added to it? Kids may guess that the plain car will travel farther because it’s lighter. It’s true that a lighter object requires less force to get going because it has less inertia to overcome. However, the heavier car will gain more momentum. Momentum is “mass in motion.” In other words, the amount of momentum an object has depends on both its mass and its speed. Which would be easier to stop – a pigeon on roller skates or an elephant on roller skates? Definitely the pigeon! So the heavier car will roll farther because it has more momentum and it takes more force to stop it. In this case, the force stopping the car is friction between the wheels and the floor.

We used a simple ramp made out of Hot Wheels track propped up on blocks for this experiment.

We chose to measure how far the car traveled past the end of the ramp so that our procedure would be consistent each time. 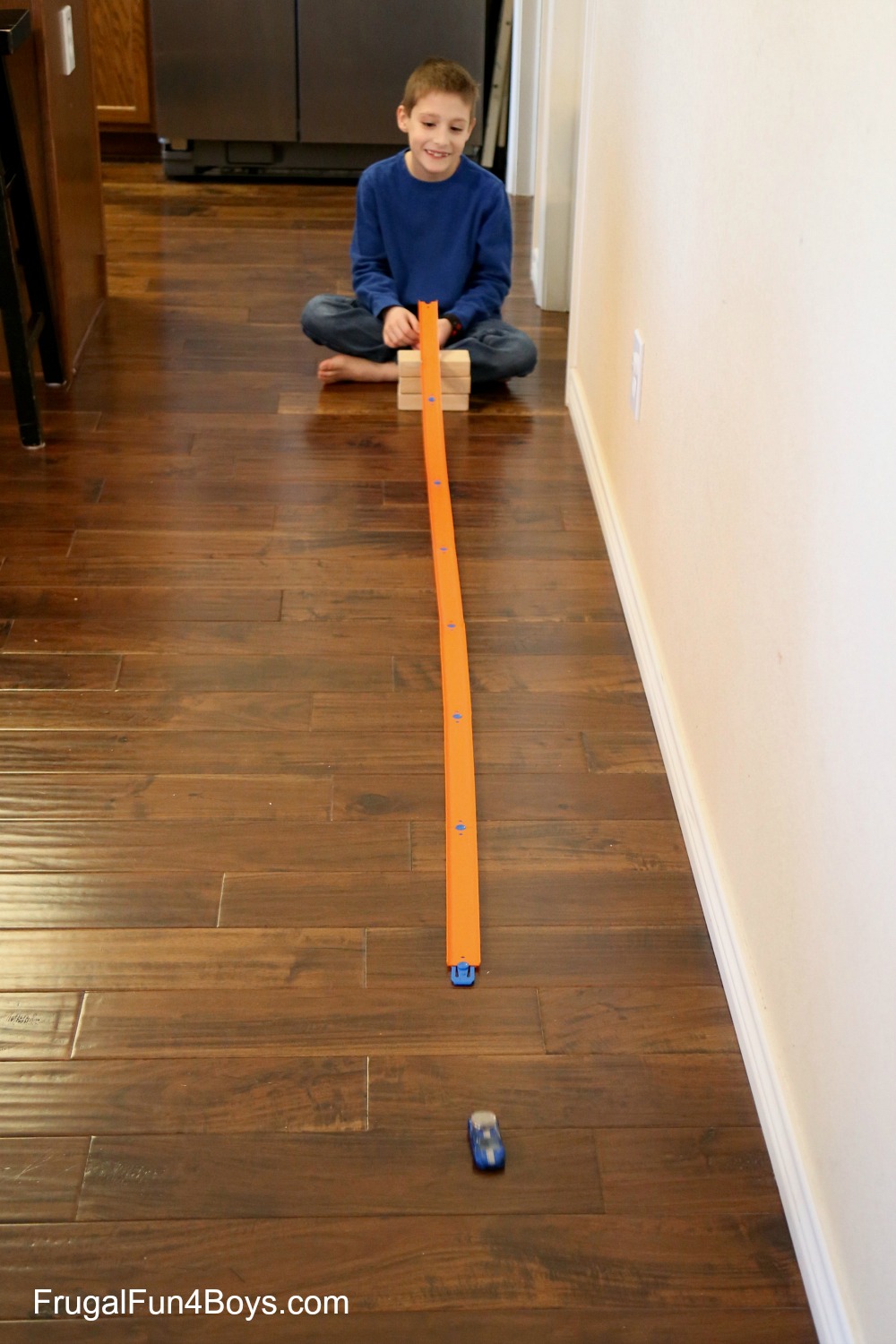 Hot Wheels cars can be a little temperamental and veer to one side or the other depending on how bent the wheels are (ha ha), so we did three trials of each car to be sure we were getting accurate results.

After three trials with just the car, we sent the car down the ramp with three quarters taped to it for added weight. 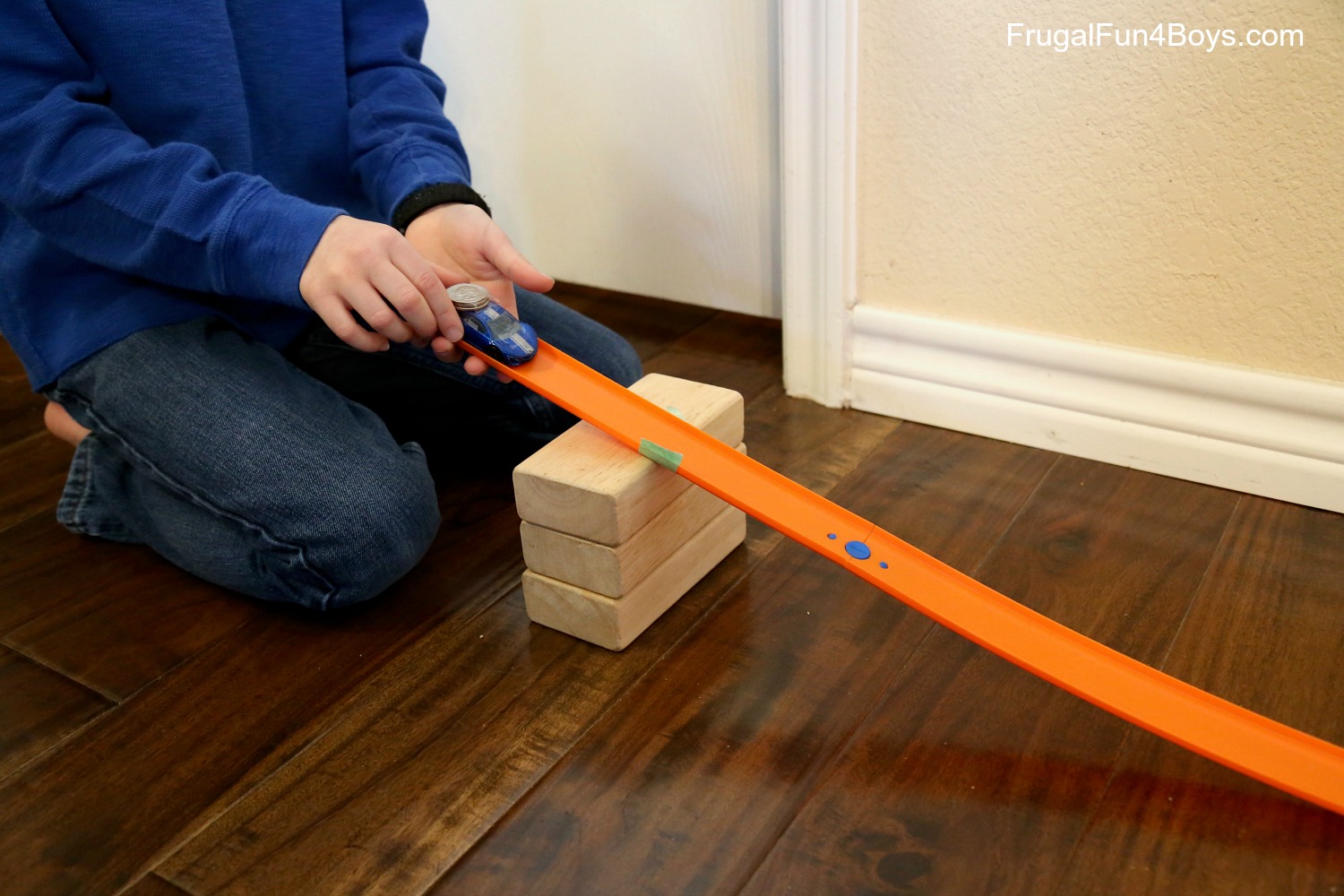 As you can see from our results, we definitely found that the heavier car traveled farther!

For older students, you may want to have them find an average of trials 1, 2, and 3. 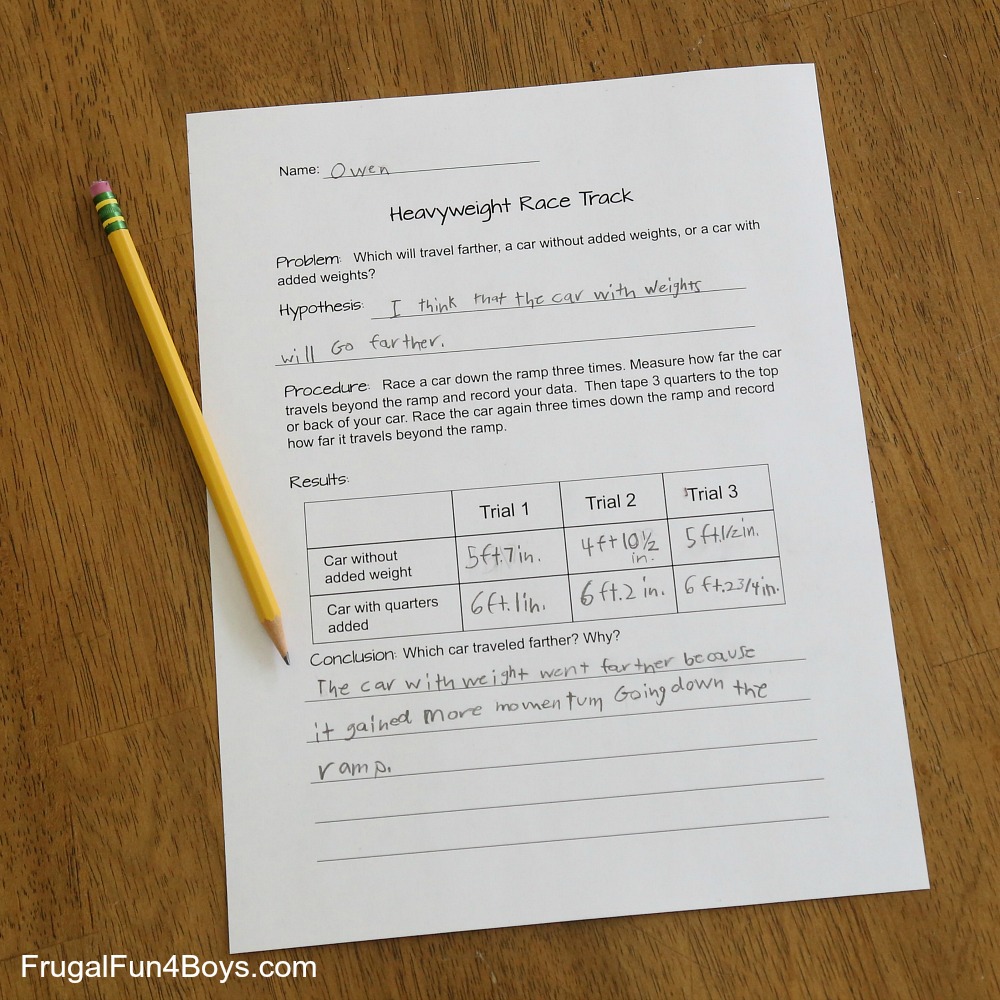 For this experiment, I wanted to find a way to test the effect of air resistance on cars. We found a set-up that worked quite well! My 14 year old helped me figure out a good way to do this experiment, and he actually enjoyed it as much as the younger kids did. 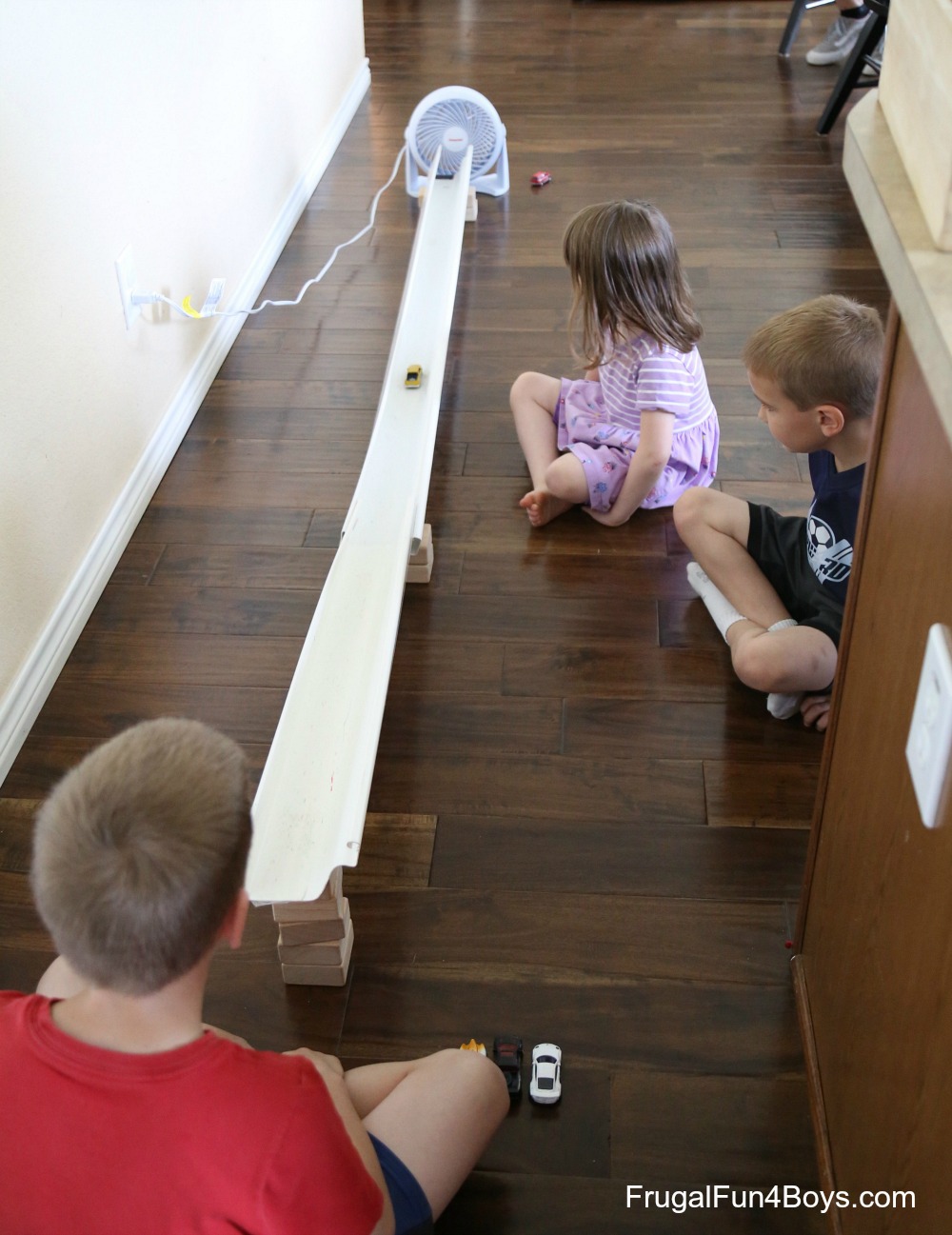 We used two pieces of plastic rain gutter to create our wind tunnel. You’ll need to align your ramp so that it’s in line with the air coming from the fan. I used two wooden blocks to prop up each end of the first section. This section of the gutter is level. 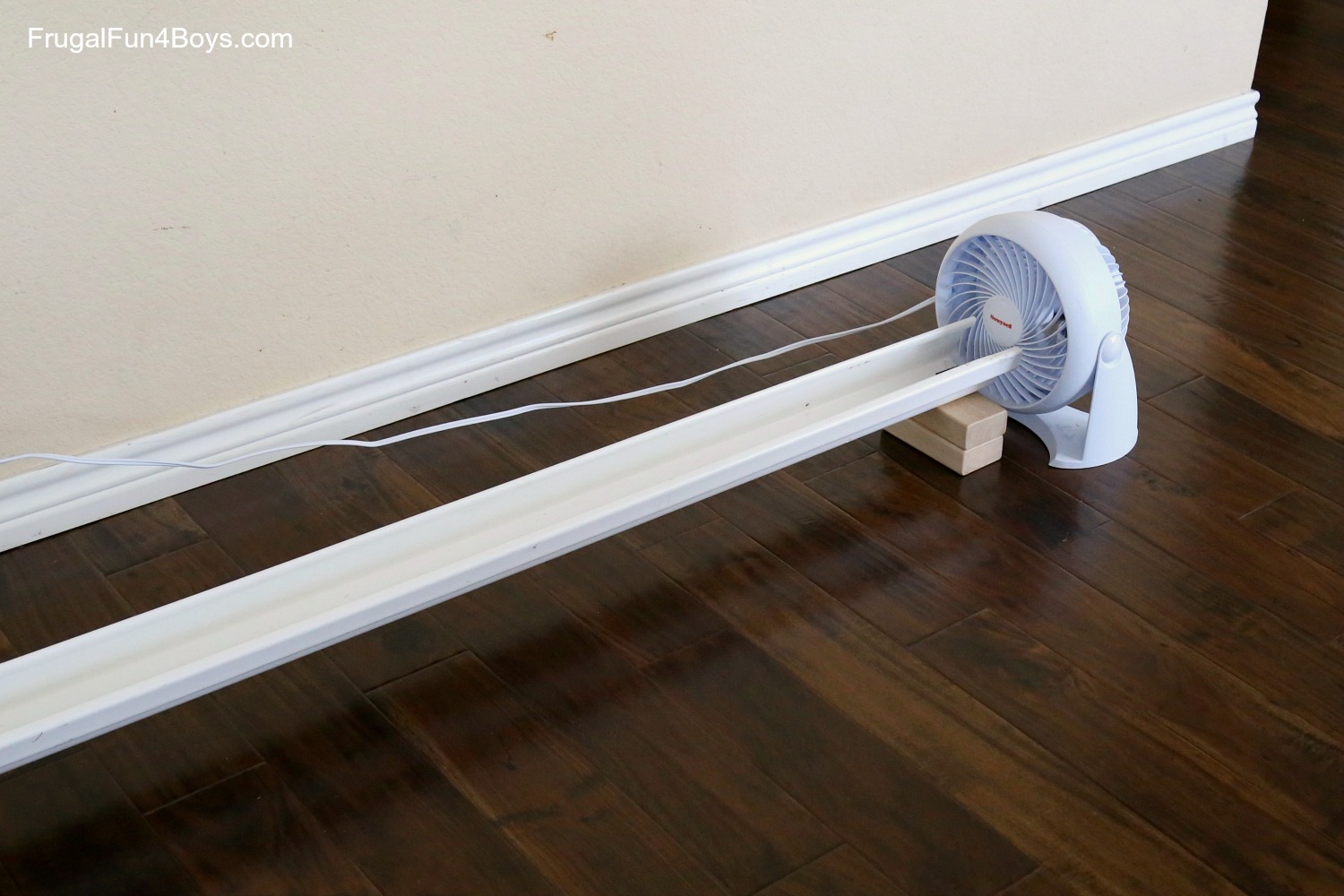 Then I added another section of rain gutter to create the ramp part. 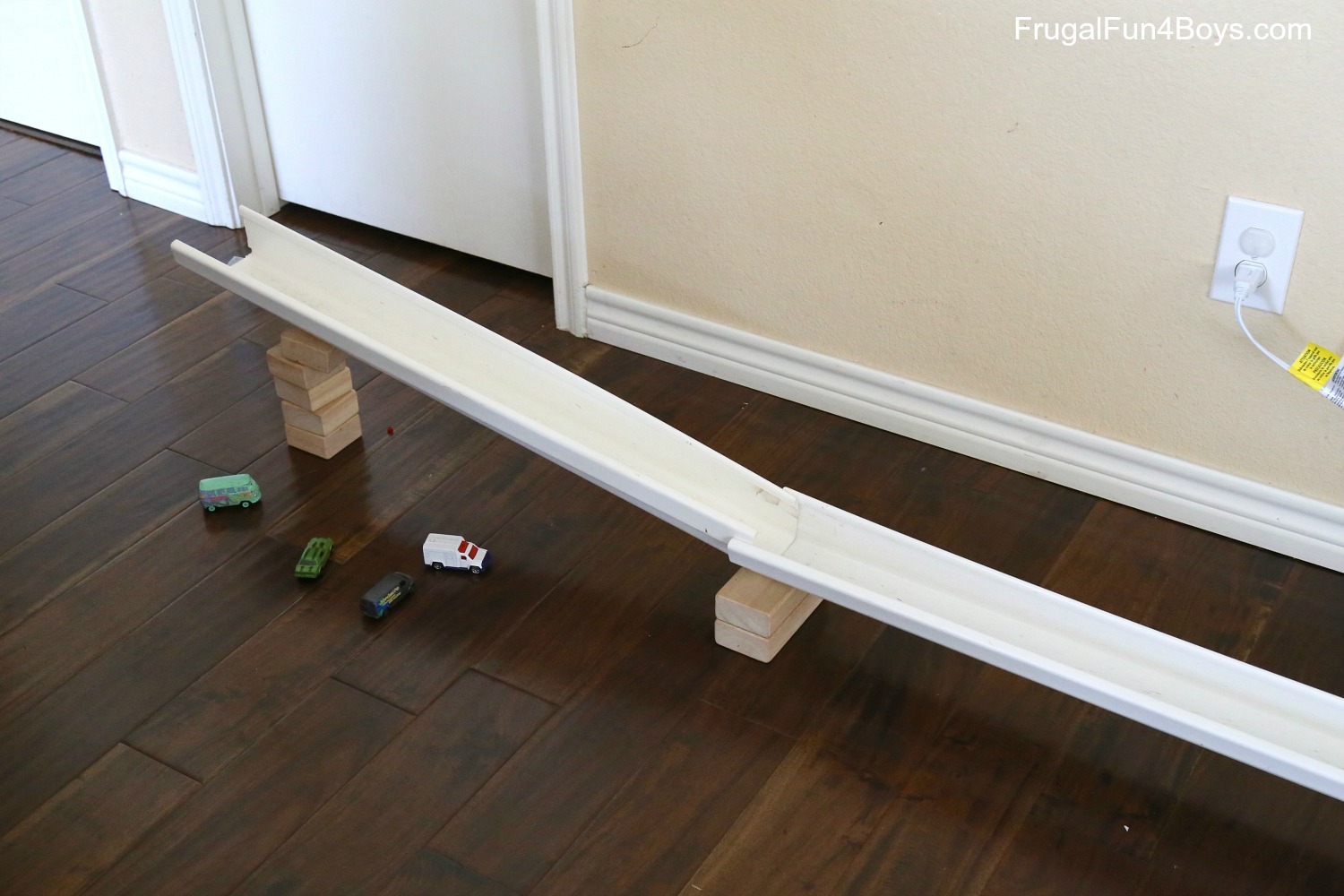 If you don’t have plastic rain gutters, you can create a wind tunnel by building walls on either side of some plastic Hot Wheels track. I thought of a few possibilities for the walls – cardboard, LEGO bricks (the big DUPLO ones would be fastest), or building blocks.

Note that you’ll want the ramp to be long enough that the car stops itself before arriving at the end (with the fan OFF).

I totally recommend rain gutters for their simplicity, and also because you can mark right on them! We used a dry erase marker to mark how far the car traveled. 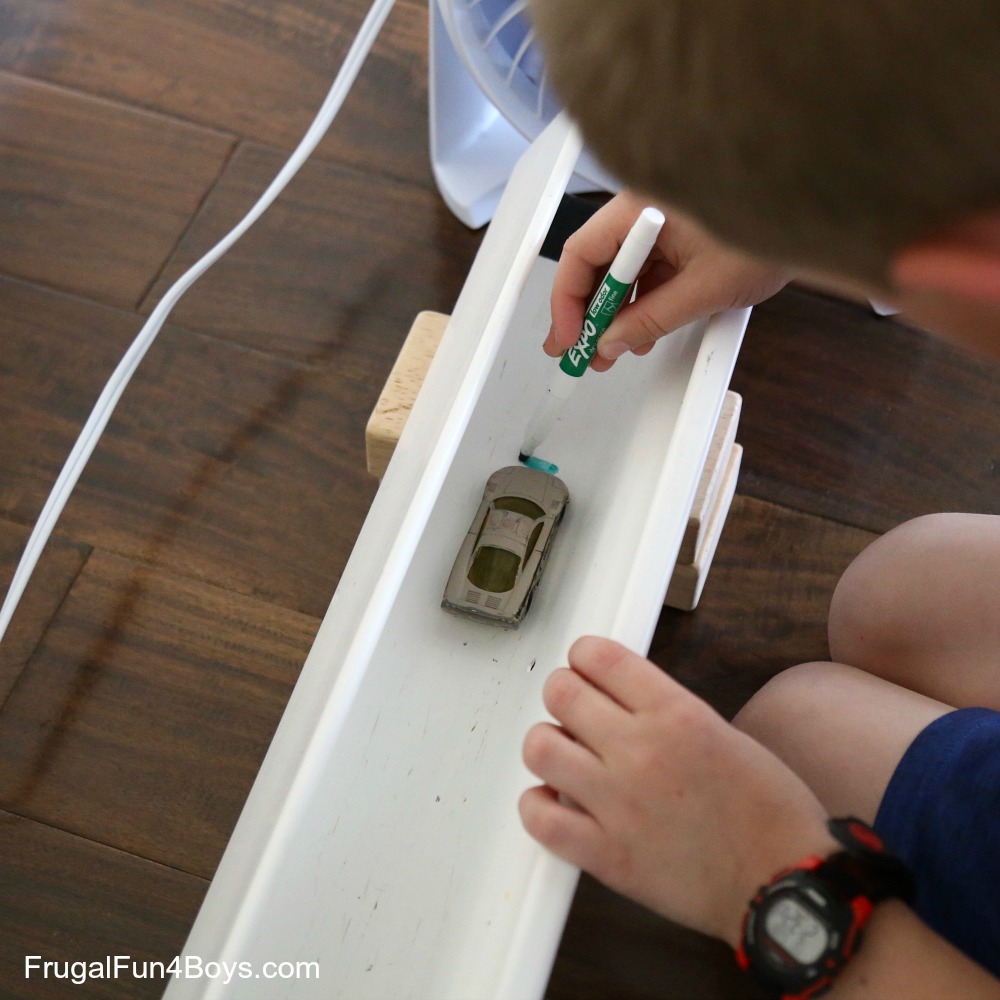 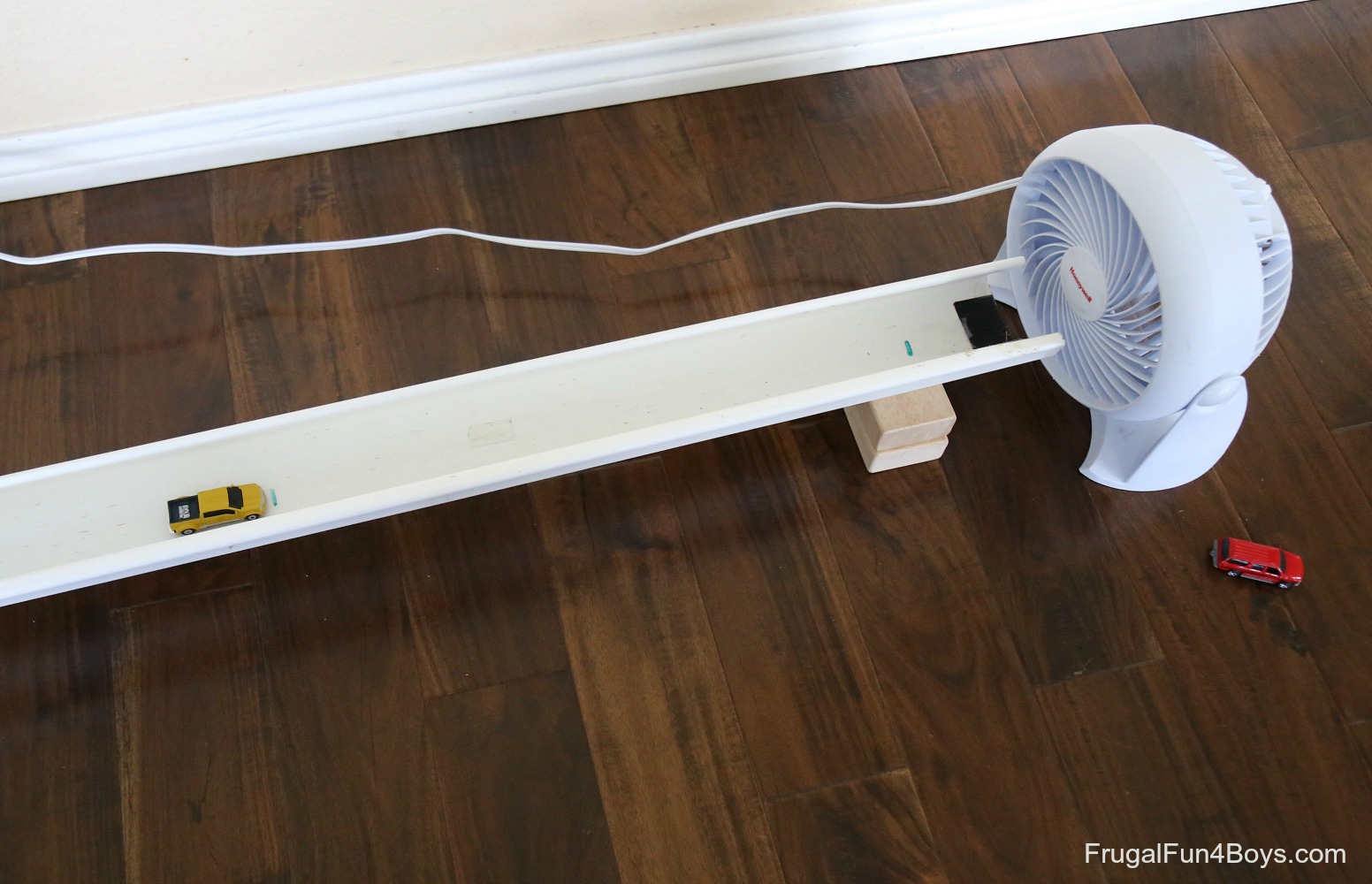 After each trial, you can wipe off the marker and do it again!

We found that it’s harder to compare the amount of air resistance caused by the shape of the car using Hot Wheels because the wheels are easily bent and can contribute more to a car’s poor function than its air resistance. Also, there are big differences in the mass of these cars. Still, it was a fun experiment, and we were all surprised at how much a fan could slow a car down!

Ready to print the recording sheets? 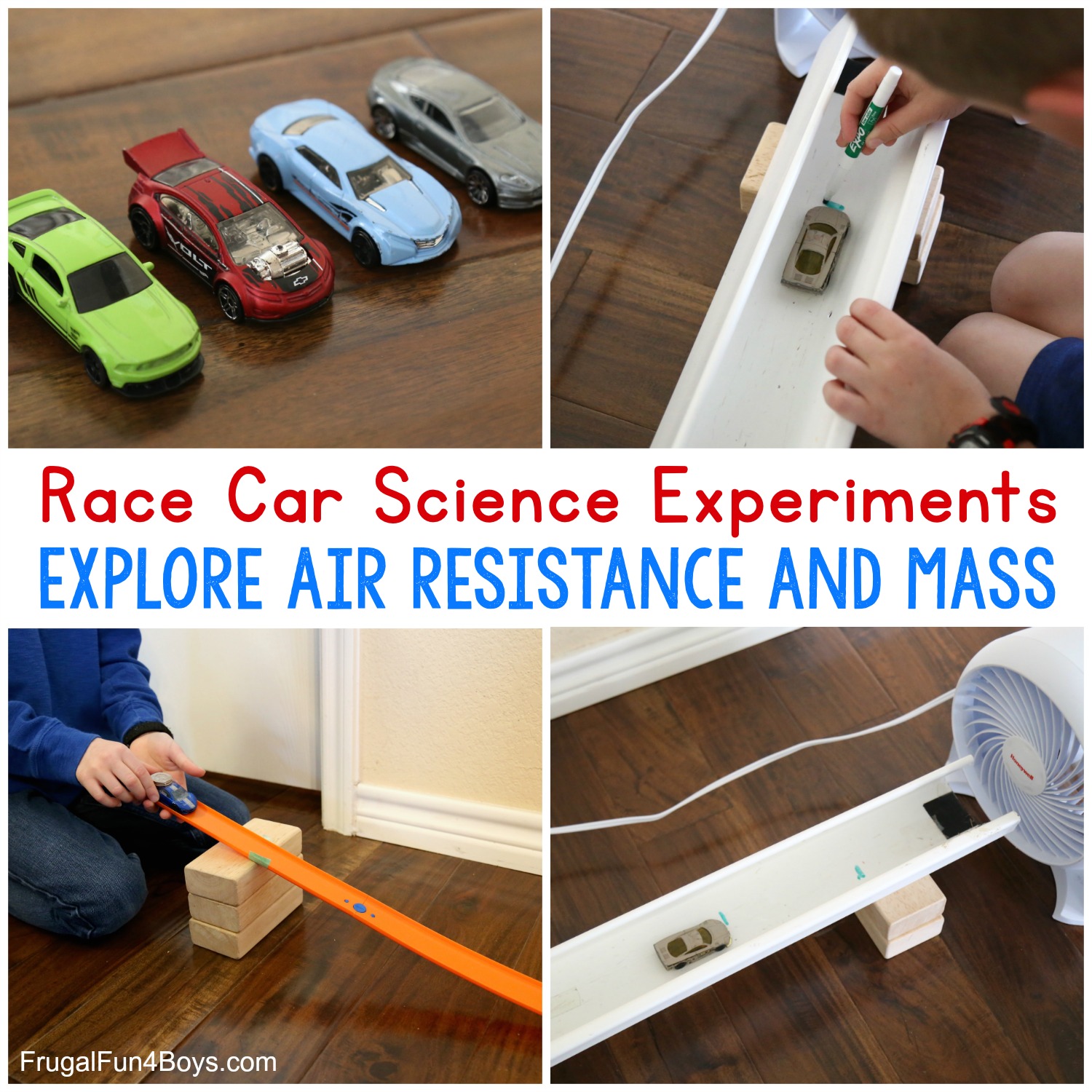