Build some LEGO® puppies with their own doggy bed and food bowl! These are such adorable little puppies. You can swap out the bricks in the legs to make them either lying down or standing up.

Janie asked to have the puppies after I finished the photos, and she has been playing with them ever since.

These brick puppies don’t require a lot of pieces. I’ll include a parts list at the bottom of the post because it would be fun to order the bricks on Brick Link or Lego.com and make them as a birthday party activity. 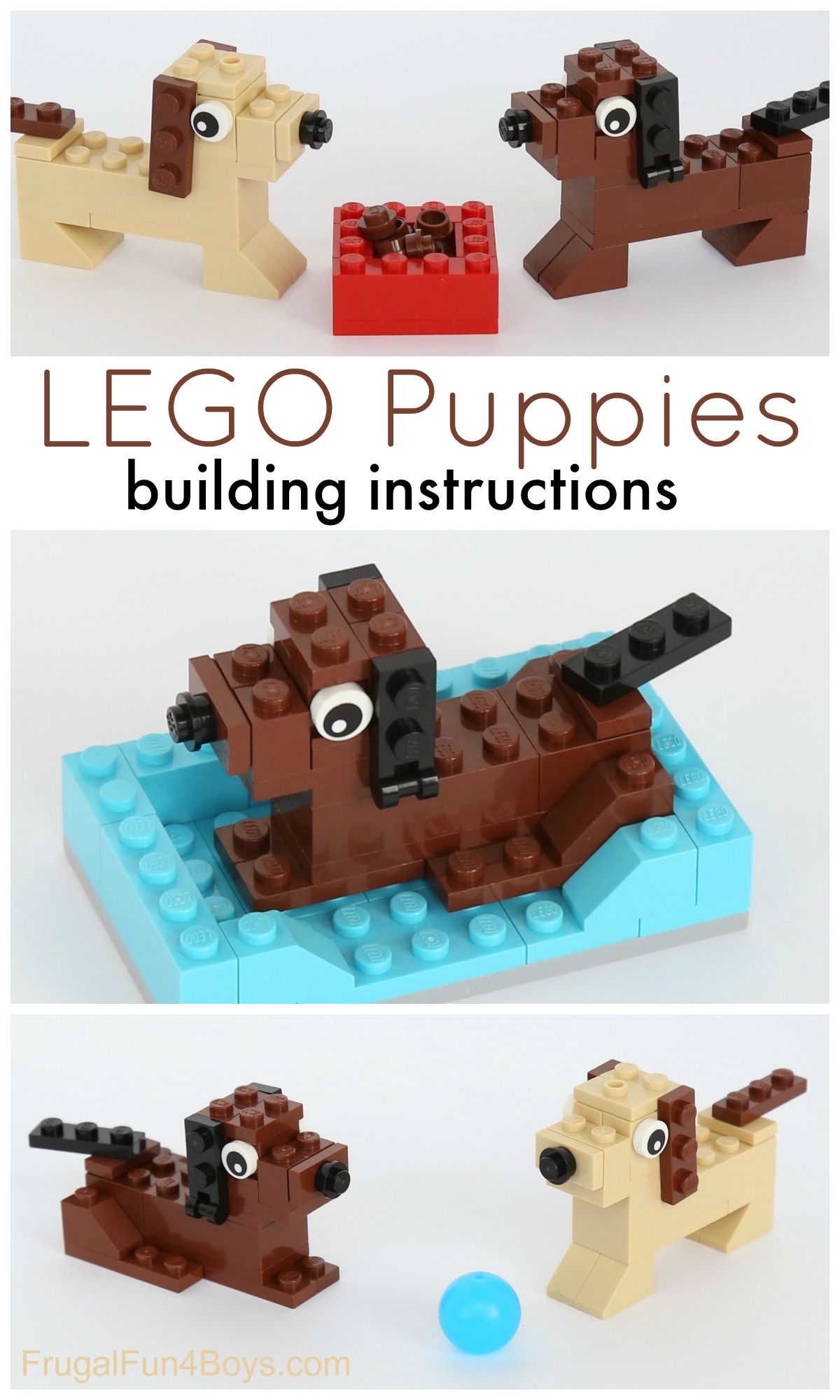 Use either 1 x 3 plates for the ears, or 1 x 2 plates that have a handle on the end (the black ears below). I can’t decide which is cuter! For dog food, I just used little 1 x 1 brown bricks. 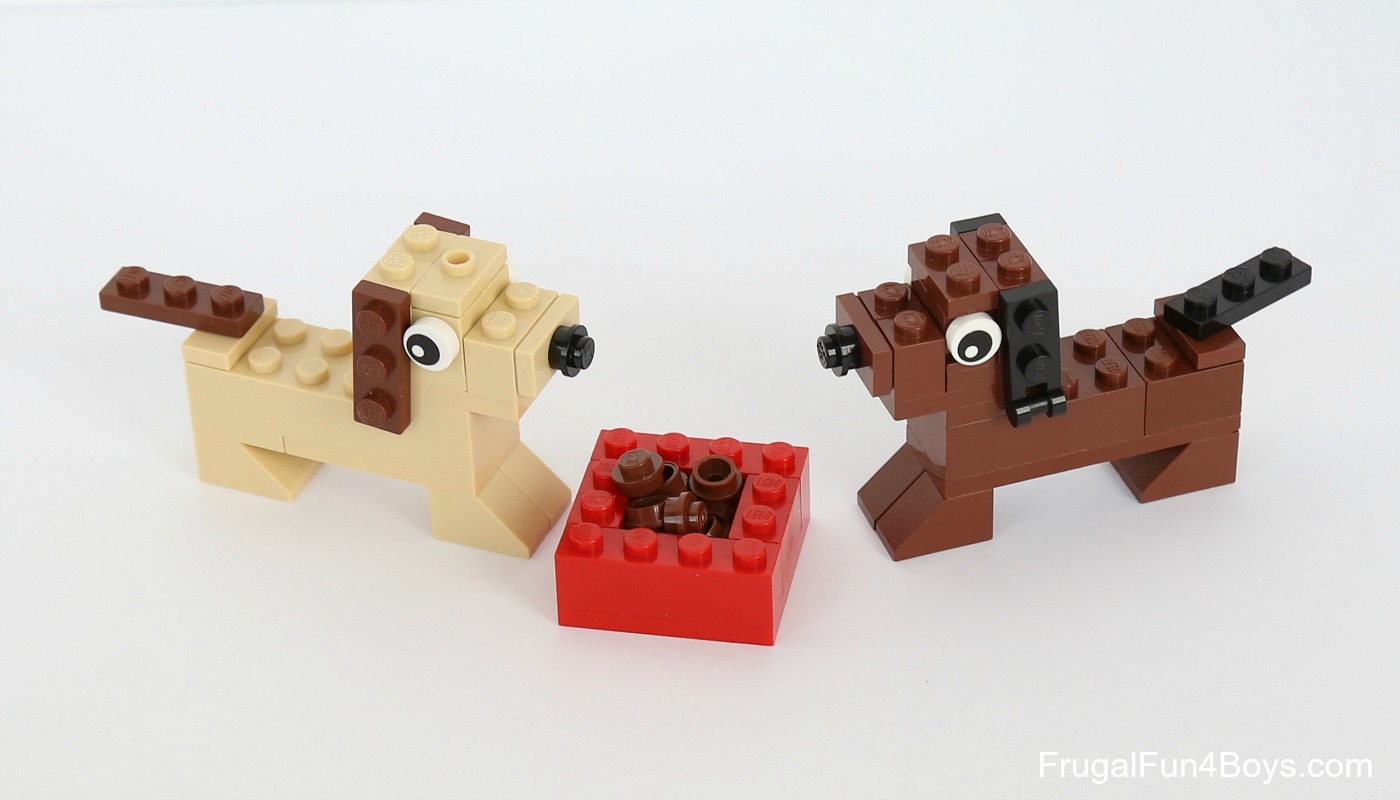 Ready to build a puppy with LEGO® bricks? 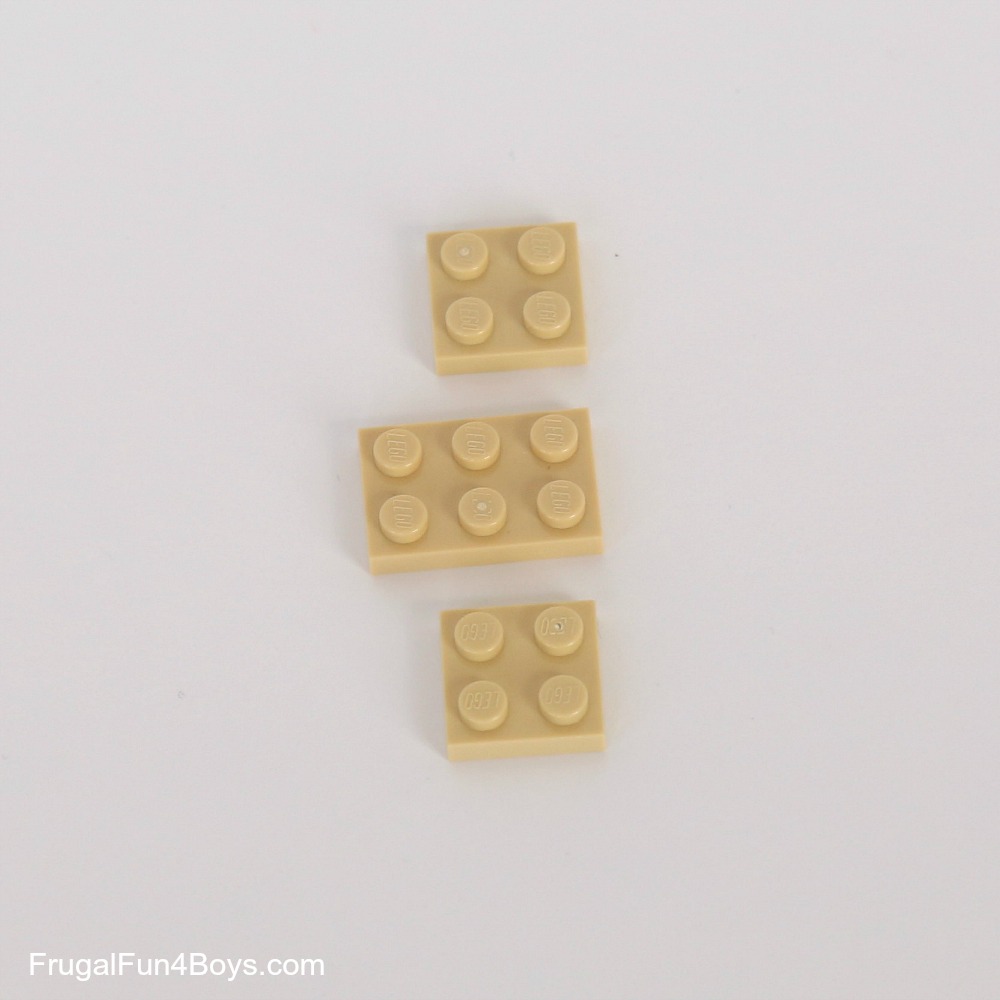 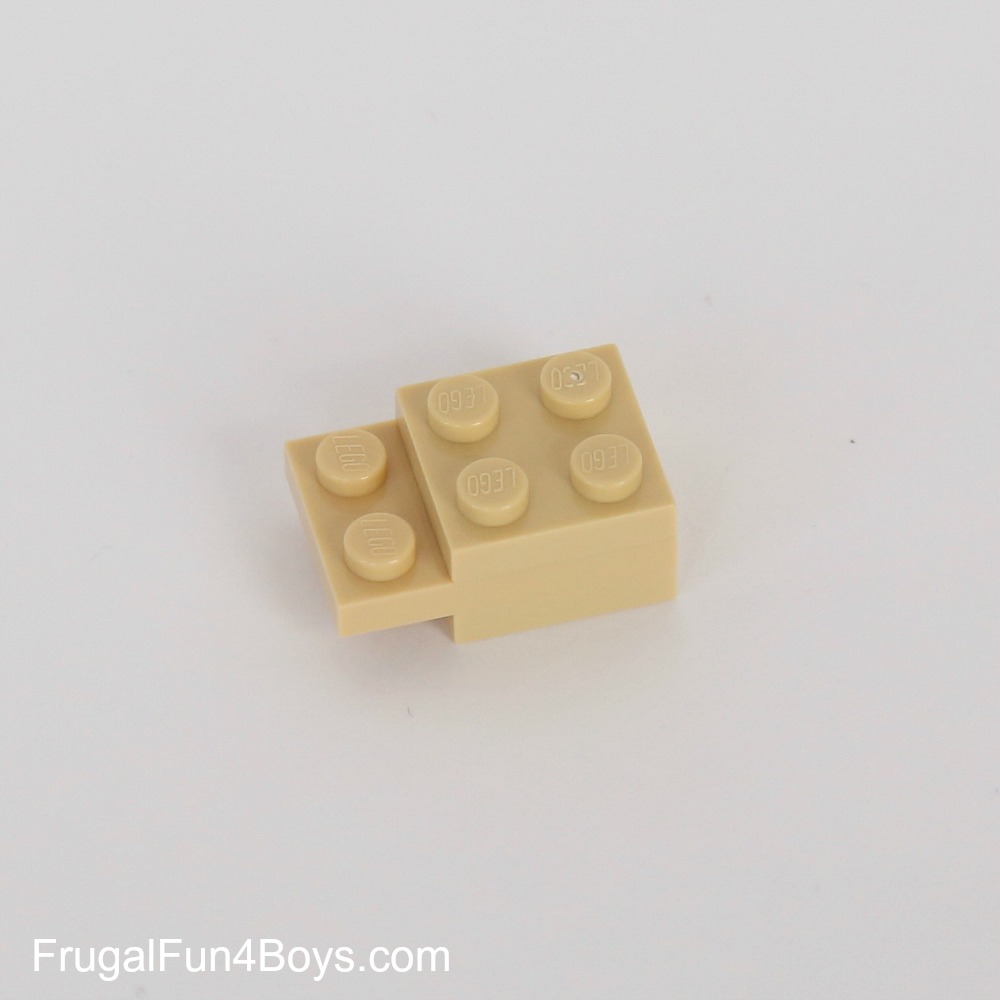 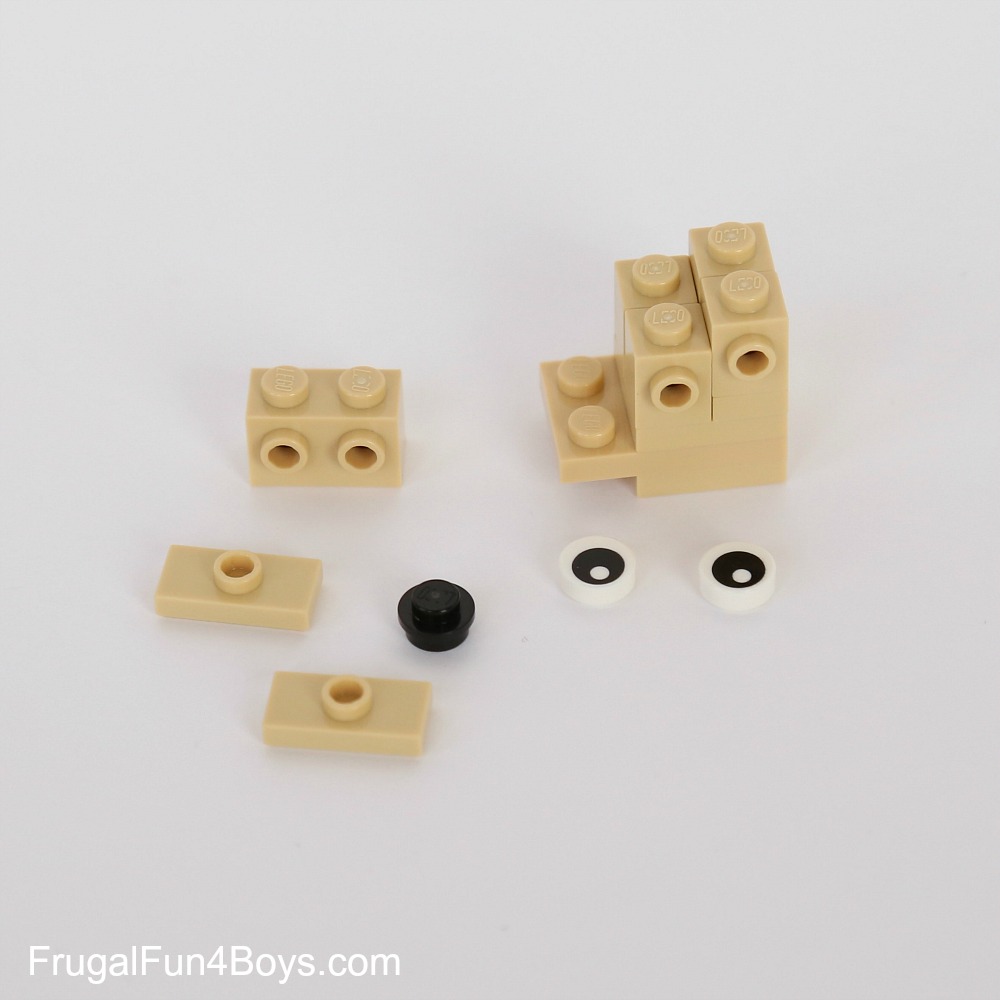 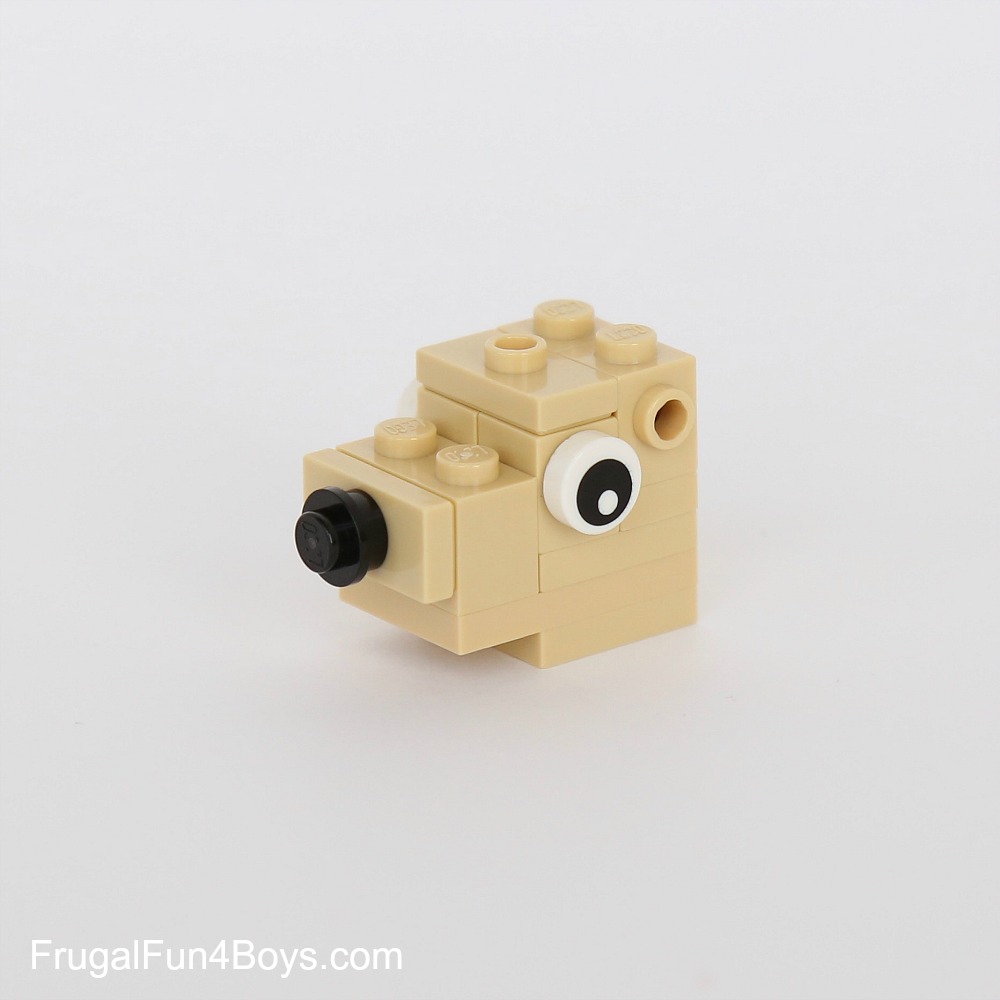 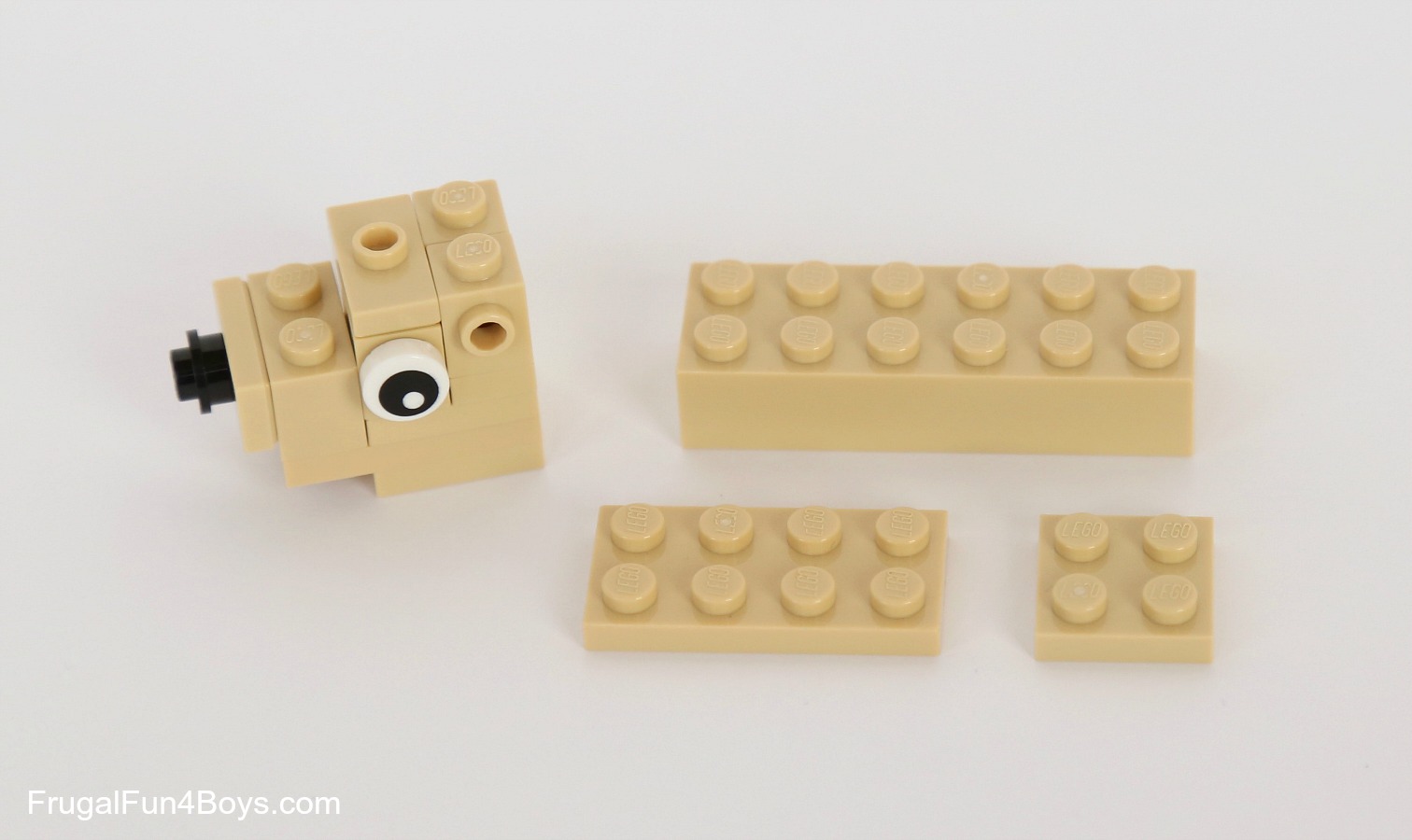 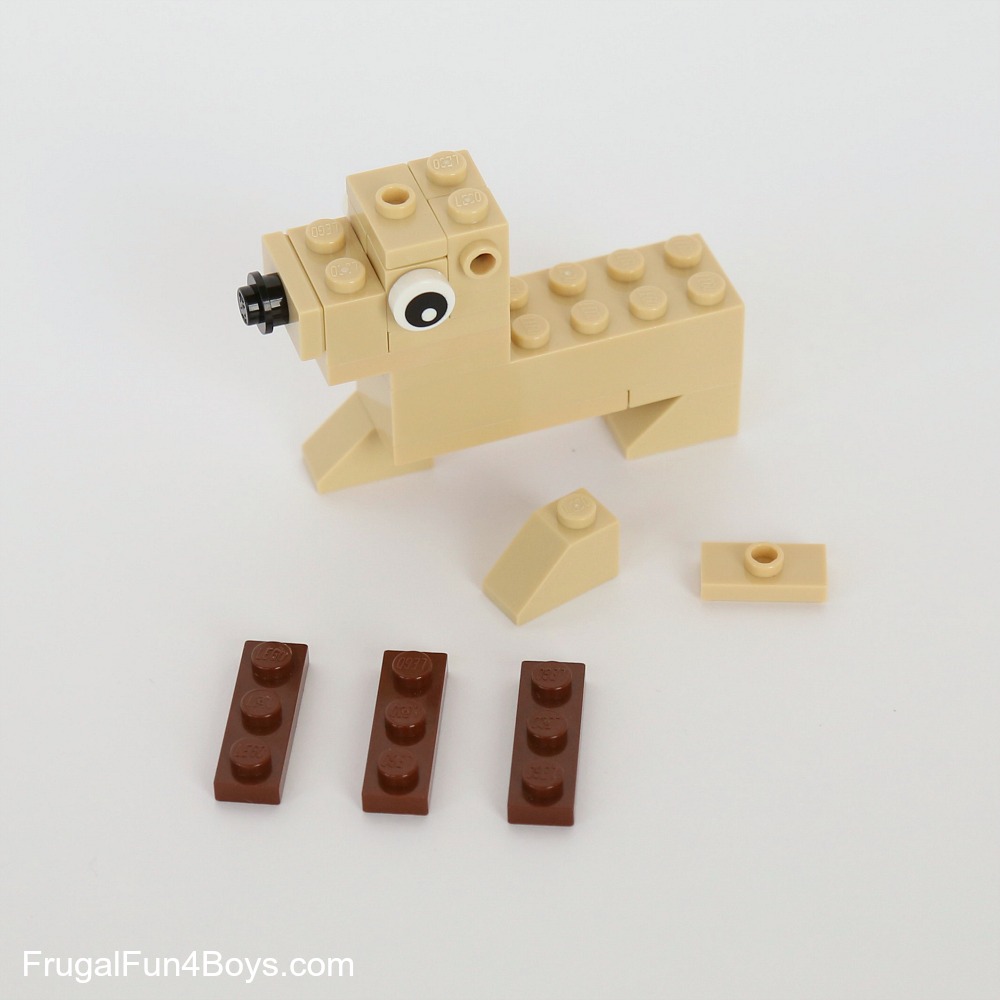 Step 7: Attach the ears to the studs on the back of the head, and use the 1 x 2 plate with one stud to hold the tail. Your cute little puppy is complete! 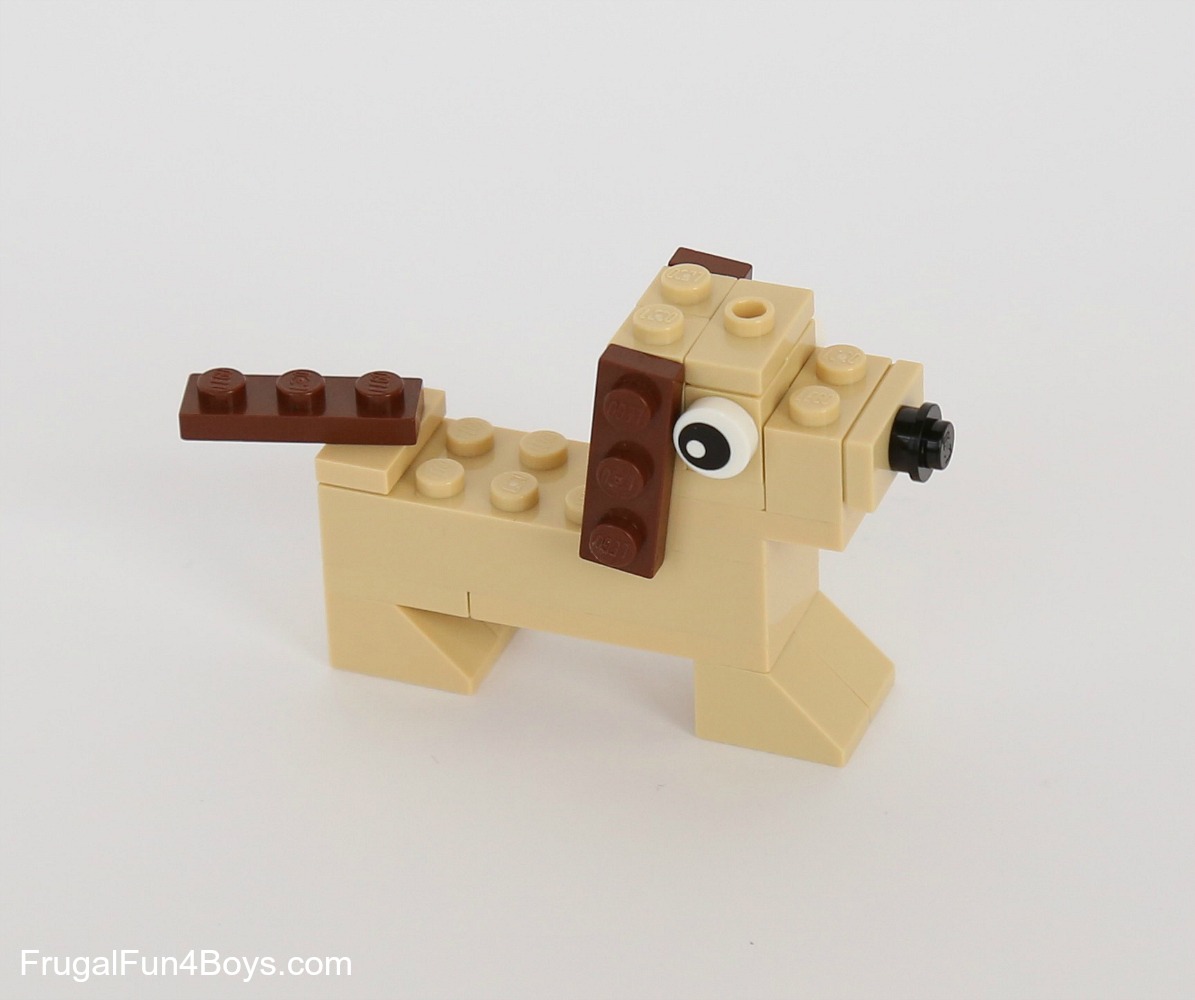 Here’s how to make the lying down puppy. 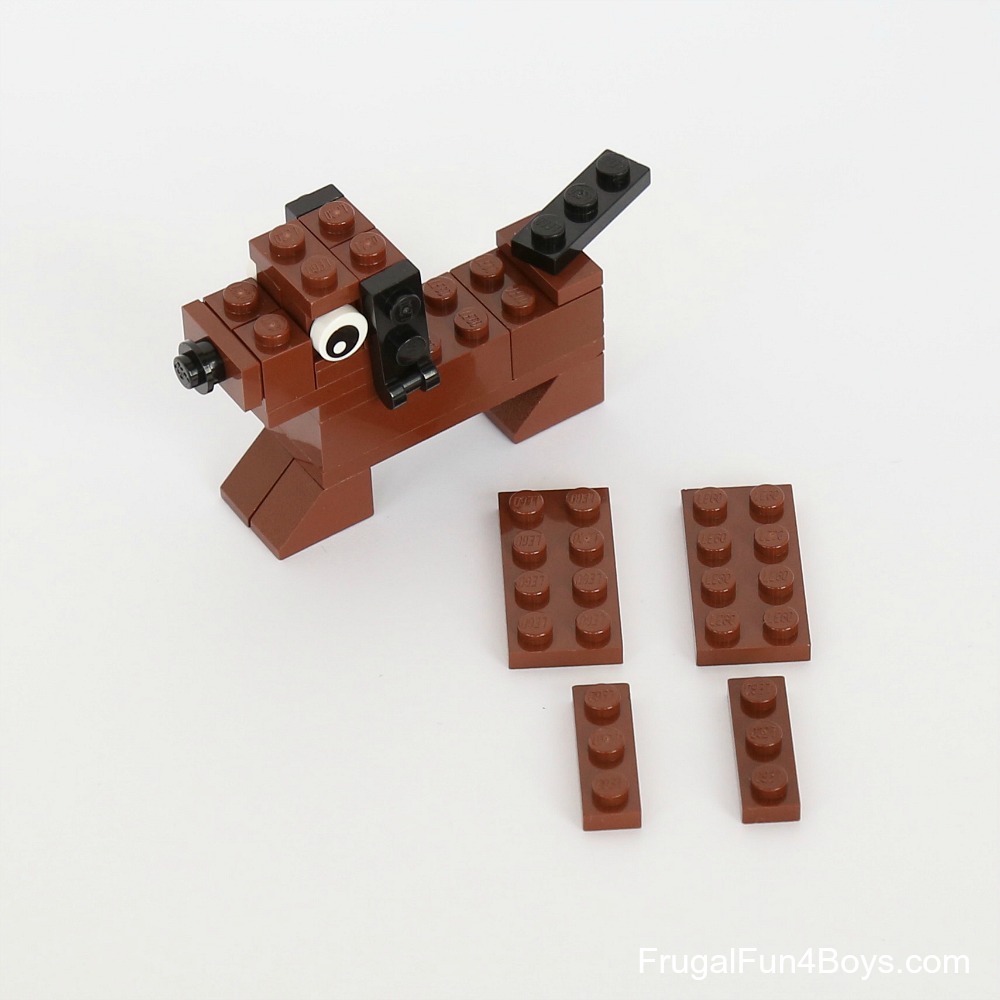 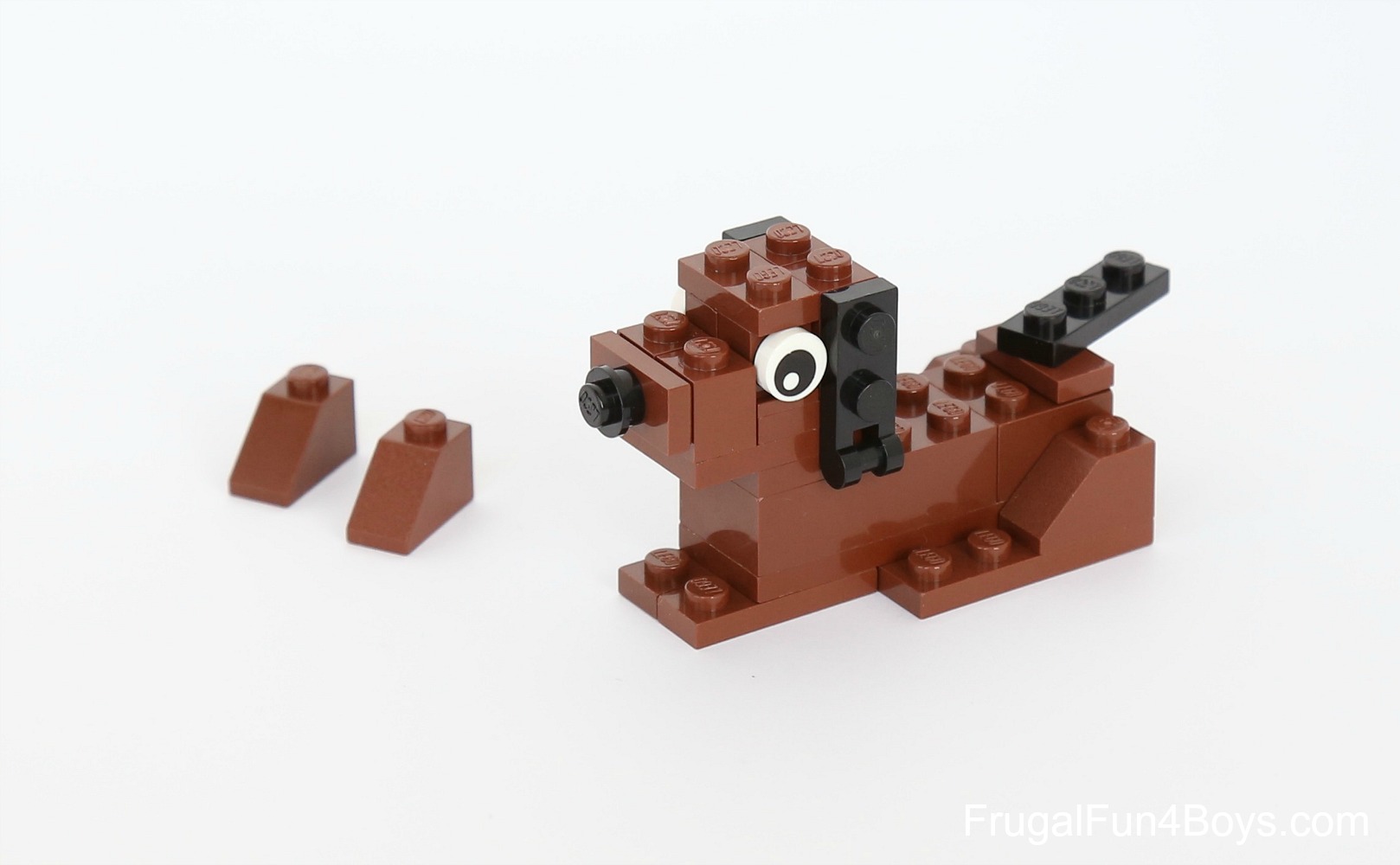 Then if you want you can build the puppy a little dog bed!

There is a 6 x 10 light gray plate on the bottom of the bed. Then I covered it with a layer of medium azure plates and added a row of bricks around the edges. 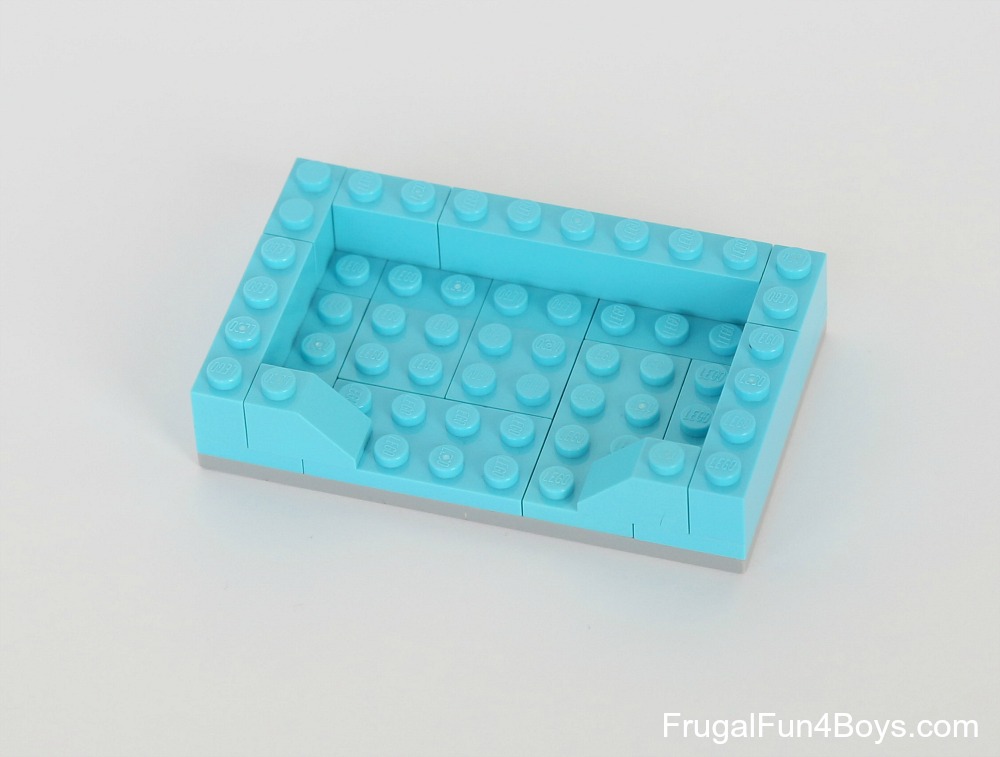 The puppy looks so cute in his little bed! 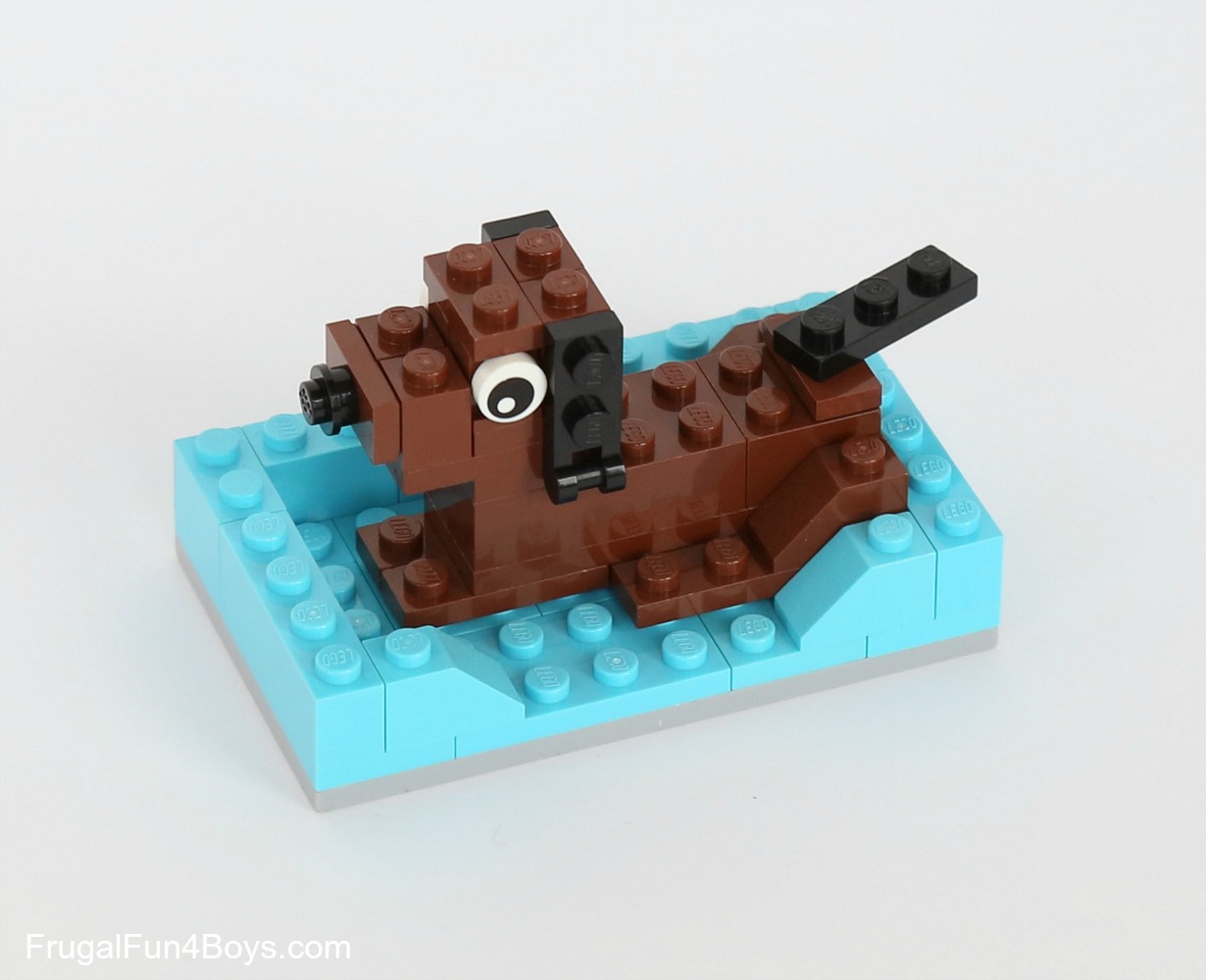 Make more puppies in other colors! Black and white would be fun, or brown and black. 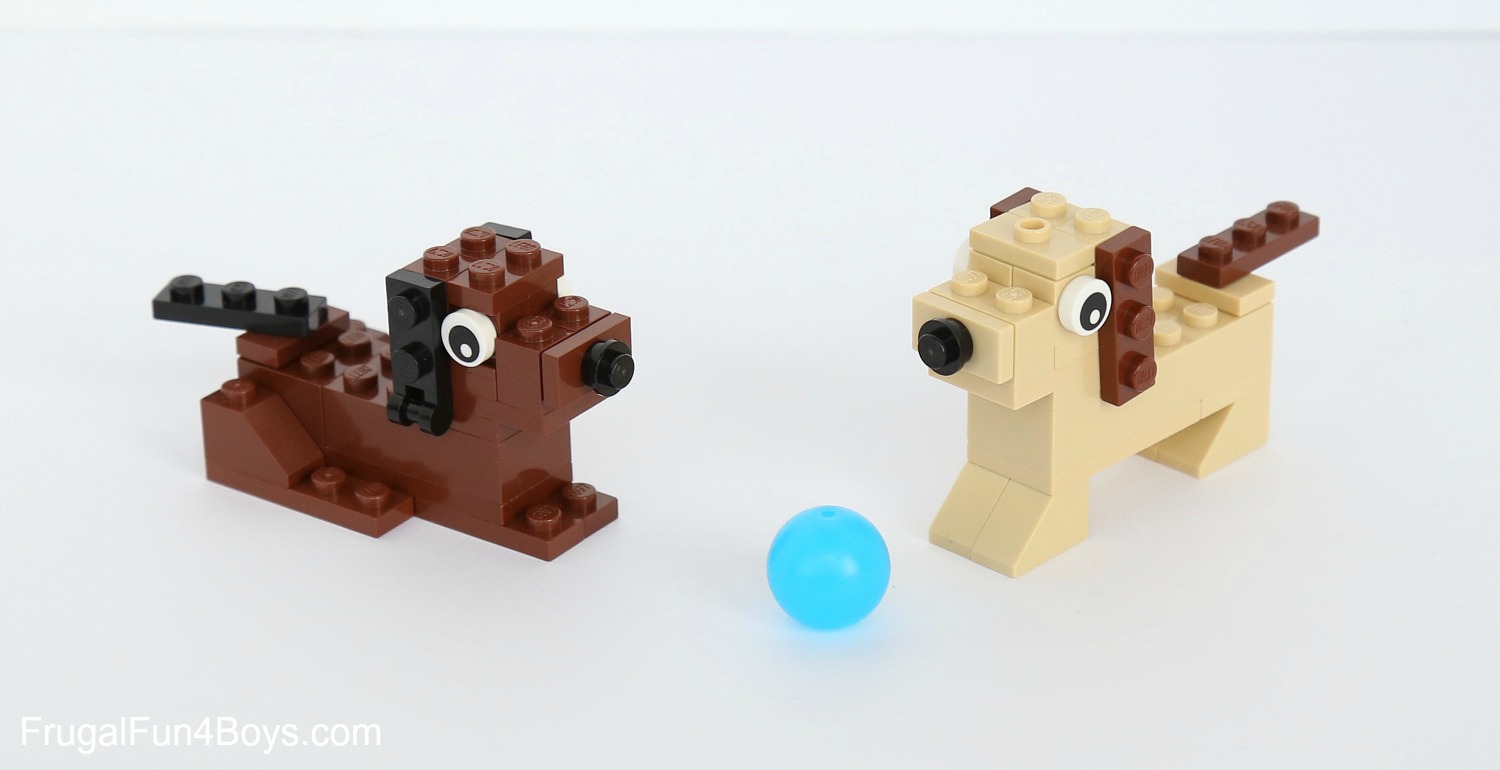 Here’s a parts list for building the tan puppy. Remember that you can swap out different colors or 1 x 2 plates with handles for the ears instead of 1 x 3 plates. Also, this does not include the bricks to make the puppy lying down. 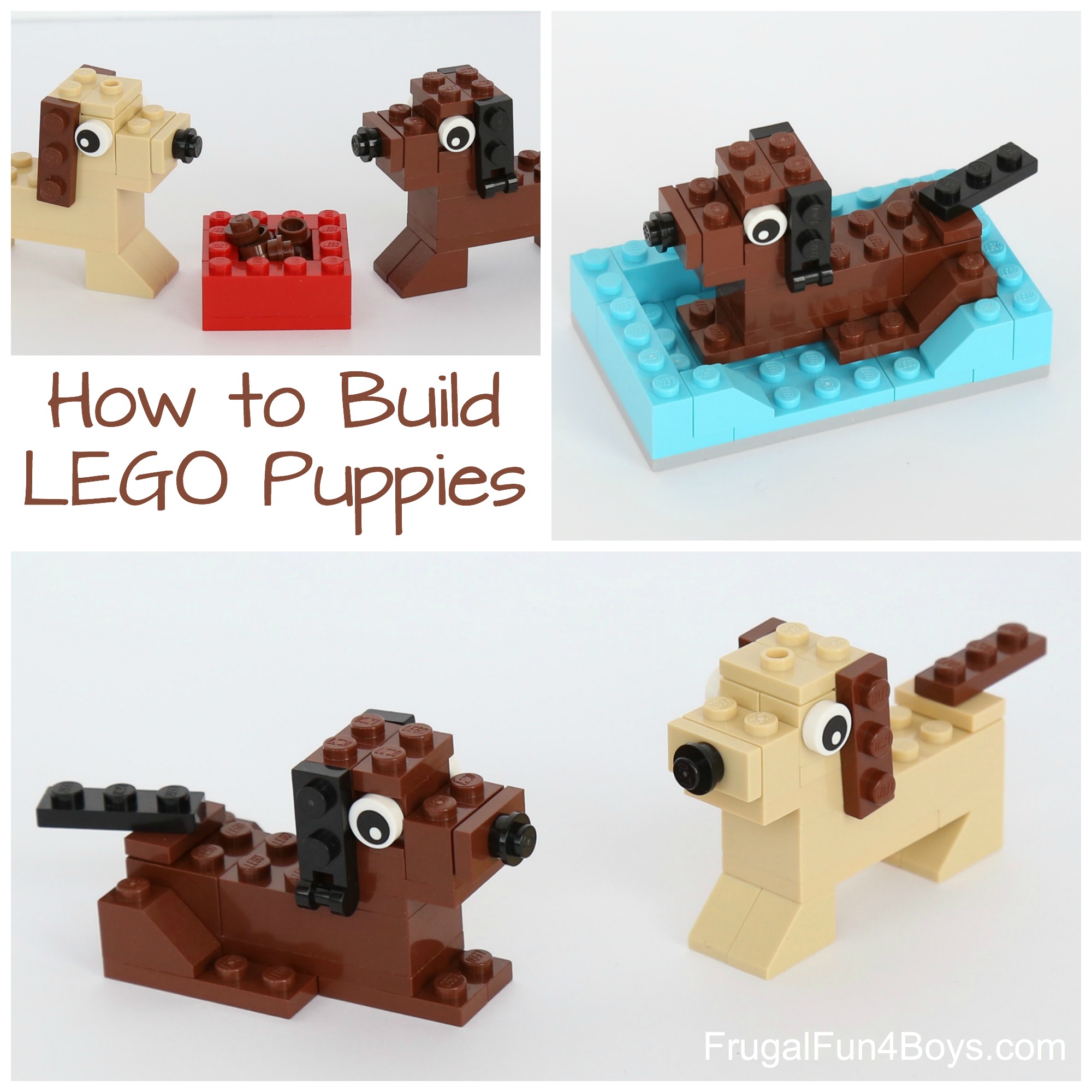