Several days ago, a friend asked me about a specific TV show. She wanted to know if I let my kids watch it because she had some concerns. It was a hard question to answer because I really don’t like to tell people which specific shows to watch or not watch! TV and movie choices can be a challenging issue. How much screen time? What shows? What movies? And at what age? Unfortunately, the Bible doesn’t tell us which shows to watch and which shows to pull the plug on, but as I thought through the conversation I had with my friend, I realized that even though TV is an area in which we have the freedom to make our own choices, there are some wisdom issues that can be helpful to think through.

(Note: When I say TV show, pretty much all of what we watch is on Netflix or DVD, so commercial free. In this post, I’m thinking about the content of the shows. Commercials are a whole other thing!) 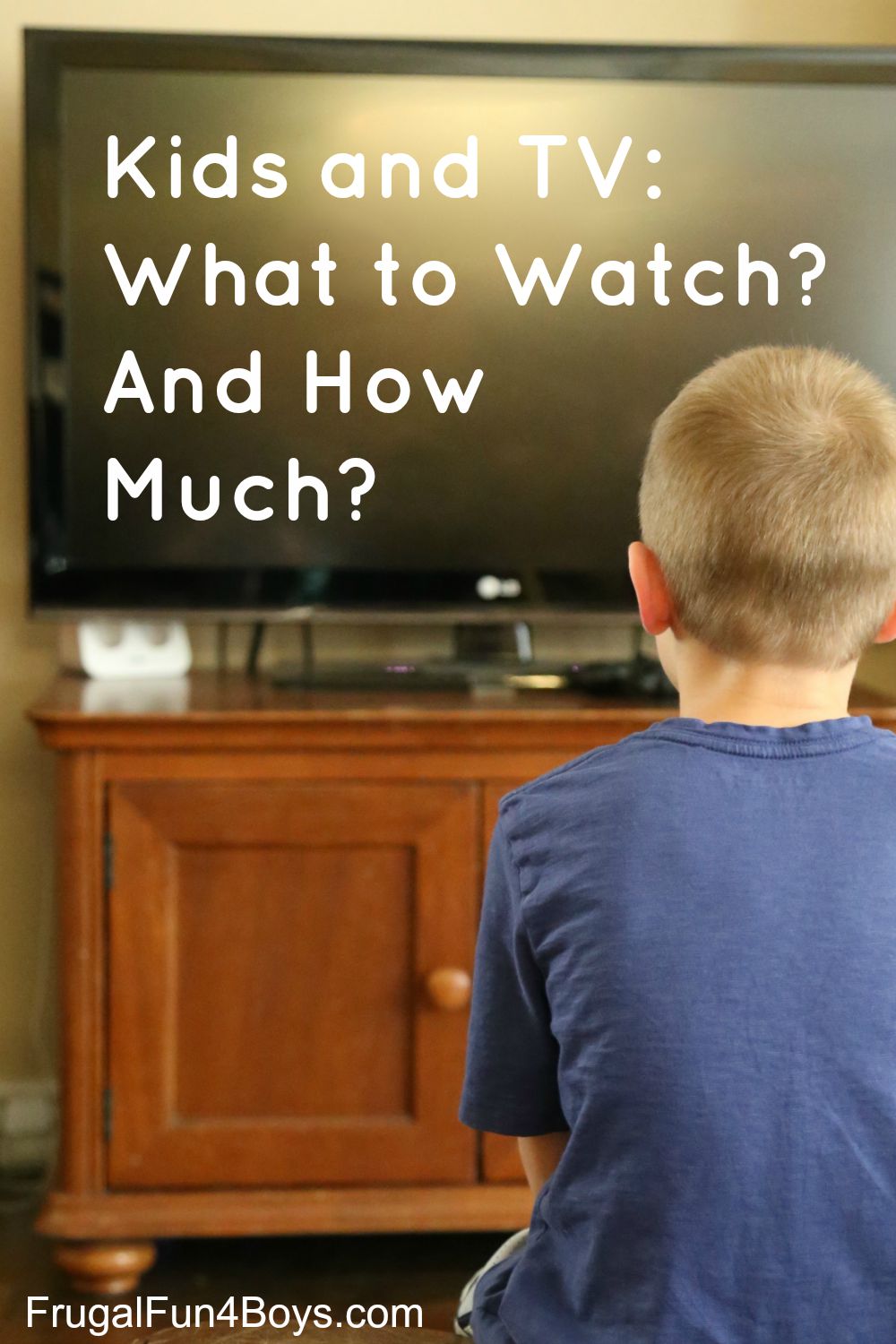 DON’T make your TV decisions based on what everyone else is doing, and don’t feel like it’s wrong to ever use TV in order to get something done! Different families have different needs at different times. Right now, I’m allowing a little more TV than usual because it’s just ridiculously hot outside. There are times (new baby, sickness, etc.) where a little more screen time is not going to hurt anyone.

The “what to watch at what age” issue is very real in our house right now. Jonathan is watching things for the first time at age 3 that the others are watching for the first time at ages 6, 8, and 12. It’s just reality in a family, and we have given up on being “fair.” At this point, we are trying to give our 12 year old the chance to watch age-appropriate things where we can (and Dad took him on a special trip to the movies not too long ago) but we are also choosing our Friday night movie selections based around what won’t scare the 6 year old. There is definite give and take, as it should be.

I’m not going to tell you which shows to watch, but since I know someone is going to ask, I will go ahead and say that an hour of TV a day works pretty well for us at this point. We try to stick to TV from 5:00-6:00 after school and chores are done and while I’m making dinner. But yes, there are days where they end up watching a show at 11:00 a.m. so that I can take a shower before lunch! 🙂

I really like the idea of going screen-free during the week, and at some point we might try that, but now is not that time.

If you’re feeling like your kids’ screen habits might need a little tune-up, here are some questions to consider:

One Final Note for Older Kids and Teens:

Our pastor said this in a sermon, and it was SO helpful. There are many issues that are “gray areas” or “issues of conscience” or whatever you want to call things that the Bible does not directly spell out. While our children are living at home, they are living under our consciences as mom and dad. One day they will have the freedom to make their own choices, but while they are at home, decisions on issues such as what TV shows and movies are allowed are up us as parents. Yes it’s a conscience issue – but the responsibility lies with mom and dad. And mom and dad won’t always get it right! It’s okay to admit that to our kids. We pray for wisdom and do the best we can, but our kids need to understand that we will answer to God for the way we parent them and that they need to submit to our choices whether they agree or not. Once we have made a decision, a gray area becomes a black-and-white issue for them, at least until they are on their own. Of course, as they grow older we will turn more and more decisions over to them, but I thought that this was very helpful to clear up the matter of conscience issues with older kids and teens.