As I mentioned on Facebook, I’m attempting to do a little more planning ahead for our homeschooling, despite the fact that I’m still struggling with morning sickness. For the past three weeks, I have done almost nothing as far as planning goes, and boy have we paid for it! I honestly don’t mind if we don’t get much school done during this time, but at the same time, the boys get SO wild with too much free time. This past weekend, I took the time to plan out school lists for Aidan and Gresham and some play activities and projects for Owen (4) and Jonathan (21 months), and it has paid off!

Yesterday, Owen spent an HOUR happily working on his own homemade board game. It was wonderful! 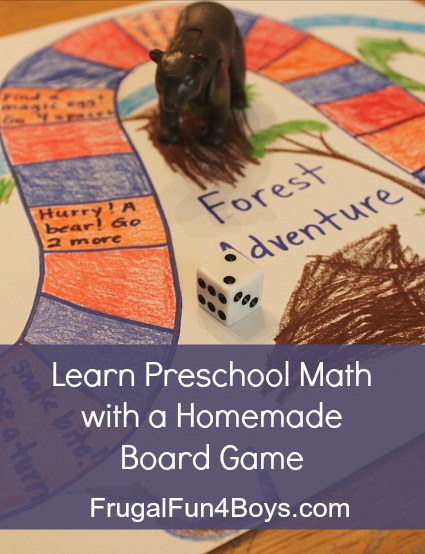 Skills involved in making and playing a board game:

I made this blank game board ahead of time: 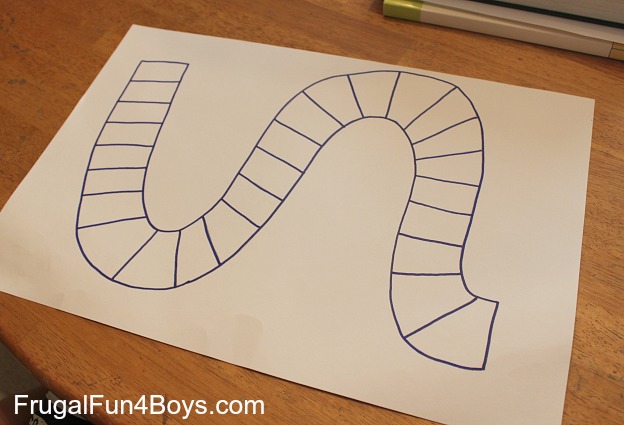 Owen decided right away that he wanted it to be a “forest” game. He chose three colors to make a pattern on the game board. Owen made a little mark on each square to show what color it should be, and then went back and colored the whole board. That was easier for him to keep up with! I helped him color, since it was a LOT of coloring. 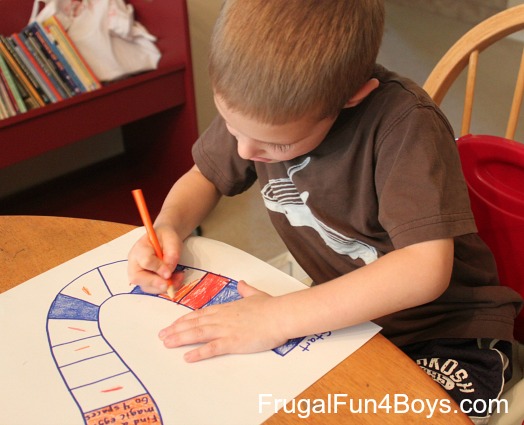 Here is the finished game board. I helped Owen add squares with special messages such as, “Snake bite! Lose a turn.” We see snakes in the woods behind our house ALL the time, so he had to add that!

We used Lego minifigures for the game pieces, and Owen added a Playmobil bear for effect. So then we added a square that says, “Hurry! A bear! Go 2 more spaces!” 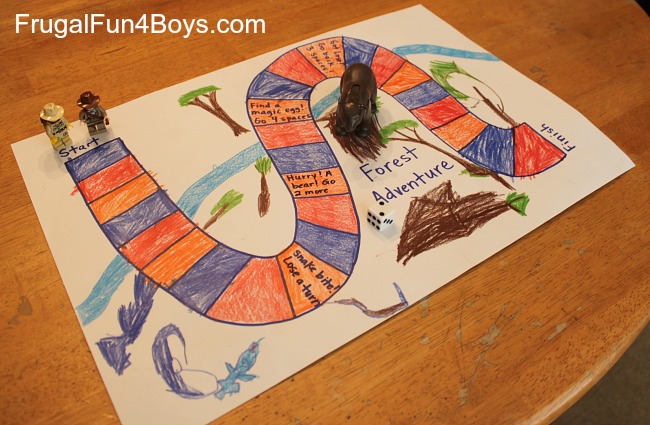 Then it was time to play the game! 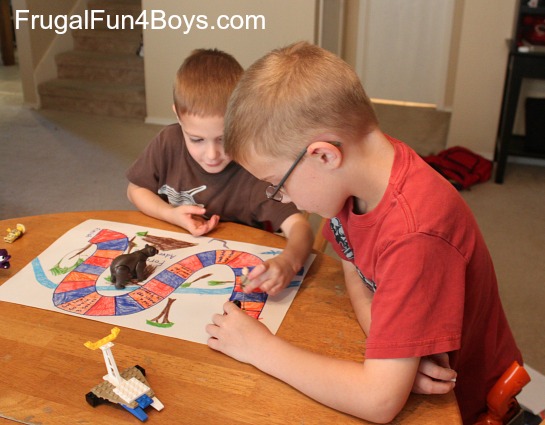 The older boys wanted to make games too, but didn’t have time yesterday. I’m definitely going to keep this activity in mind for a rainy day or an afternoon where I just don’t have any energy. I could easily draw up some blank game boards and the boys would be busy (and quiet!) for a long time!