Learn your letters with LEGO®! This idea is seriously so simple, and Jonathan thinks it’s the greatest thing ever! 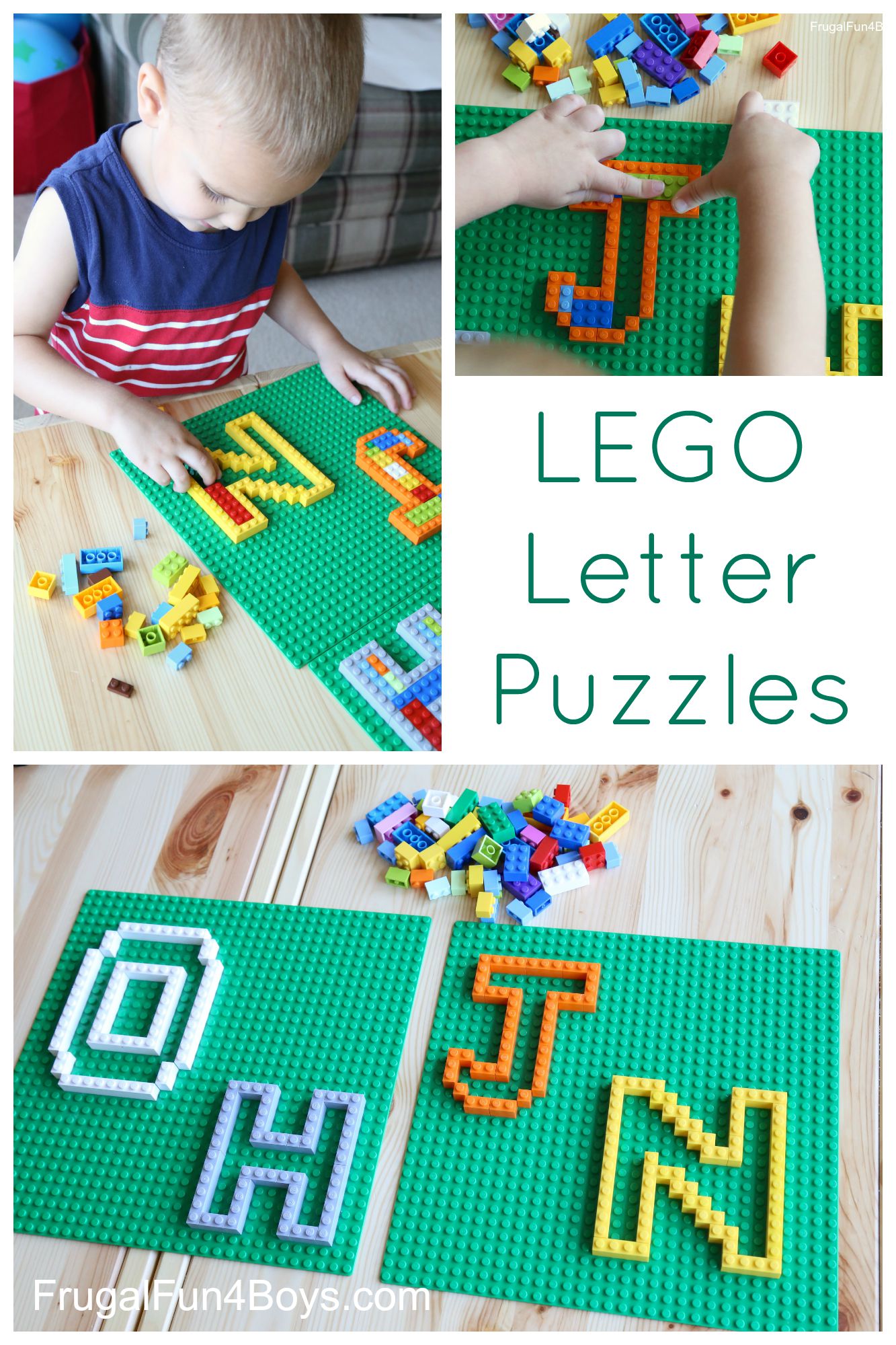 A few months ago, it dawned on me that Jonathan is pretty “average” in the fine motor skill department. Like many boys, he is more interested in gross motor activities than fine motor activities. He spends his time pretending to mow the lawn, climbing, swinging, and riding on his plasma car. I certainly don’t view childhood as a race to develop new skills, but at the same time I do want to prepare him to be successful when he gets to kindergarten.

The older boys love LEGO® (as you well know if you are a follower of this blog!) but Jonathan rarely attempts to build with them. (Which is fine, because he’s only 3 1/2, except that he wants to be doing what the boys are doing so he lays on the floor and causes problems while they do LEGO®!) One night I had the idea of creating some “letter puzzles” for him out of regular LEGO® bricks with letters that are in his name. I had them all ready to go for the next day, and boy did he love them! 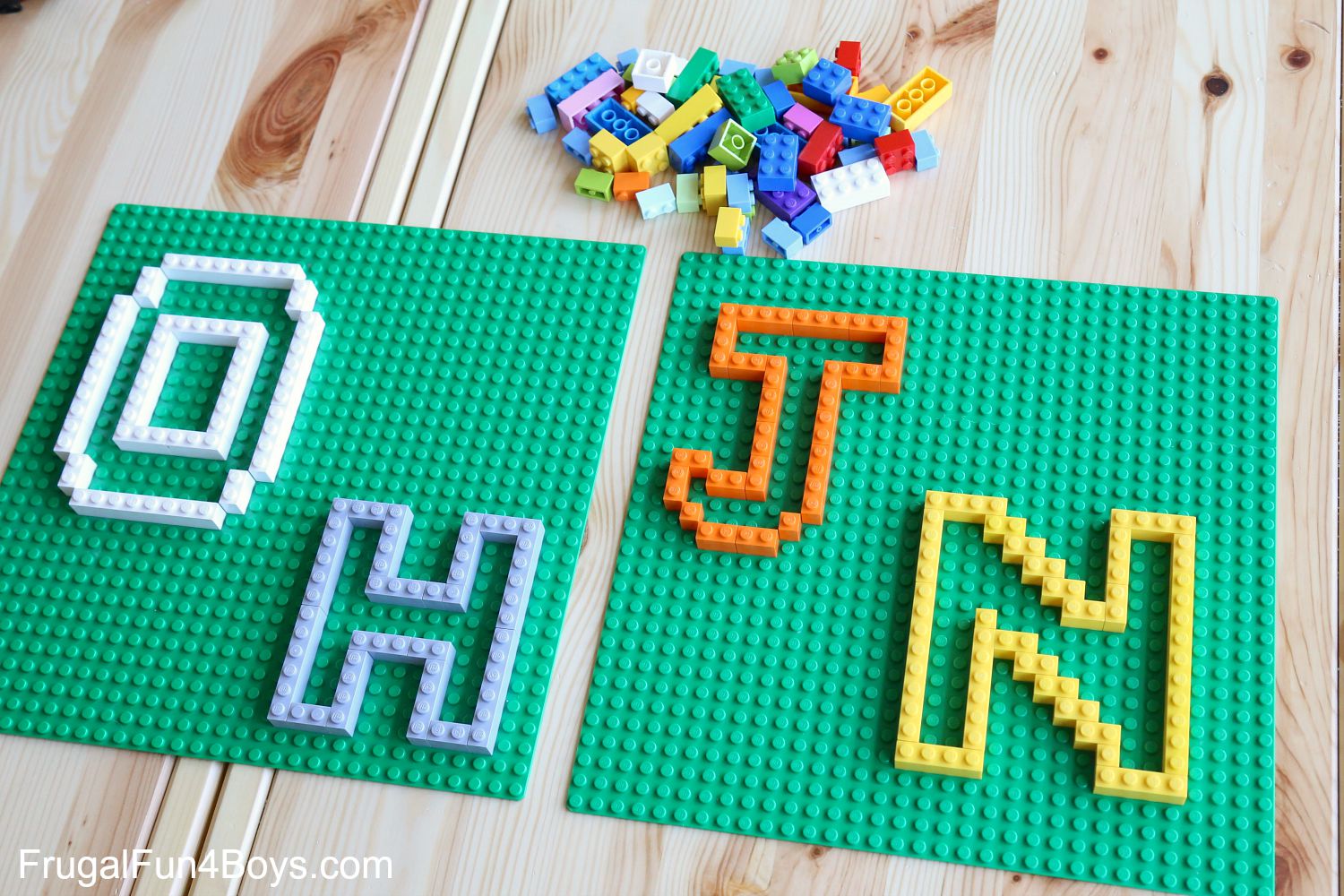 The idea is simple – you build the outline of the letter, and then the child fills it in. 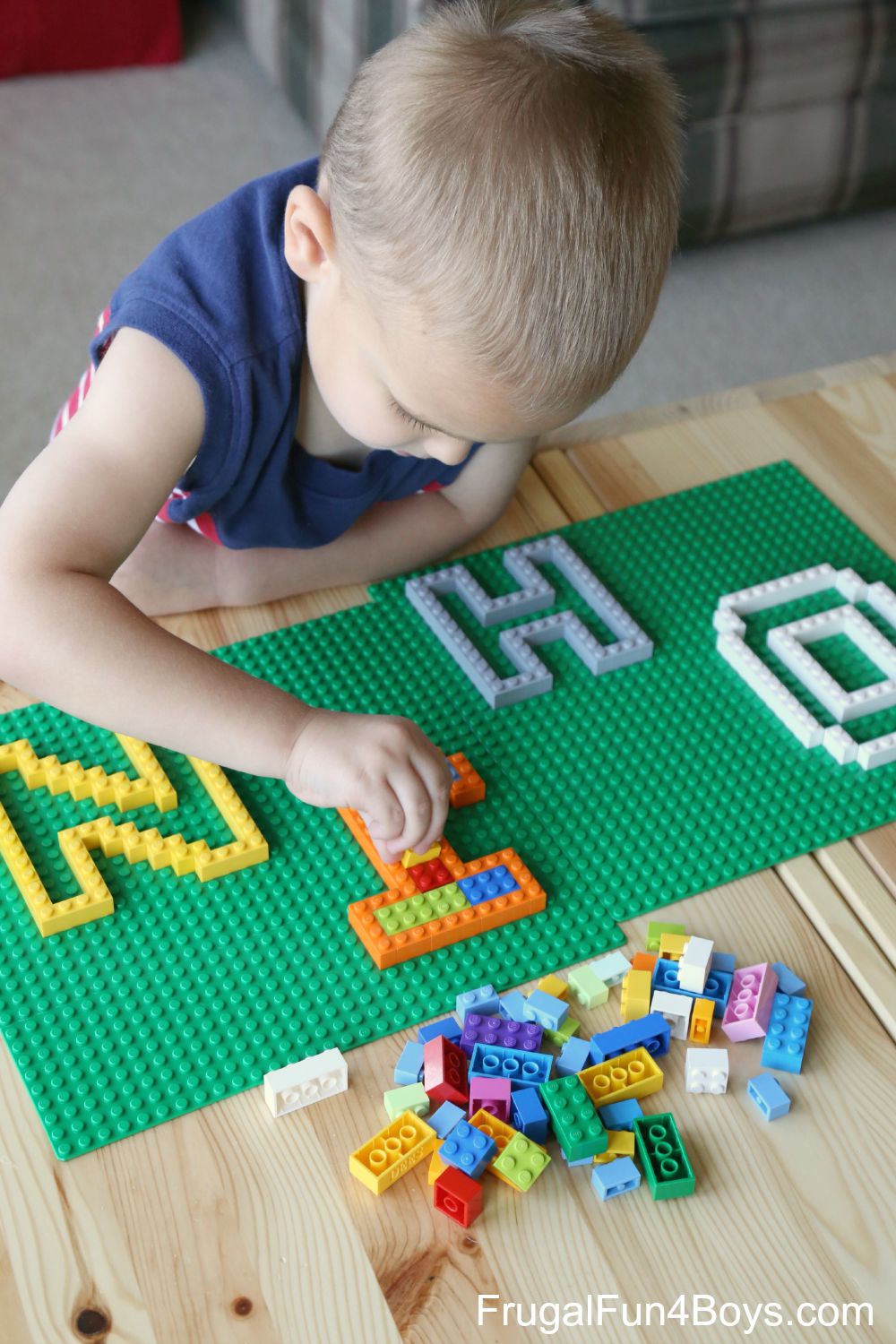 I didn’t figure out which pieces he needed ahead of time – I just set out a pile of bricks. The great part about these puzzles is that they require both fine motor skills and problem solving skills (figuring out which brick or combination of bricks to use to fill the hole). 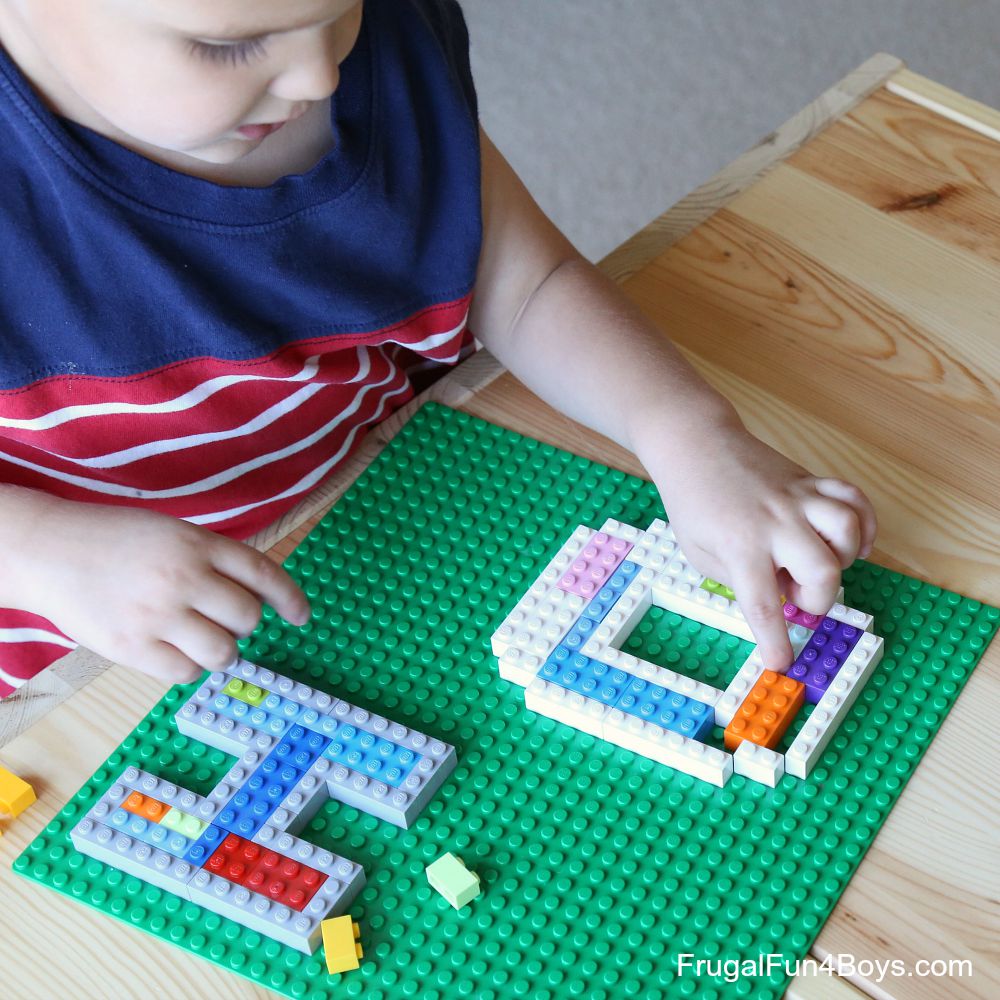 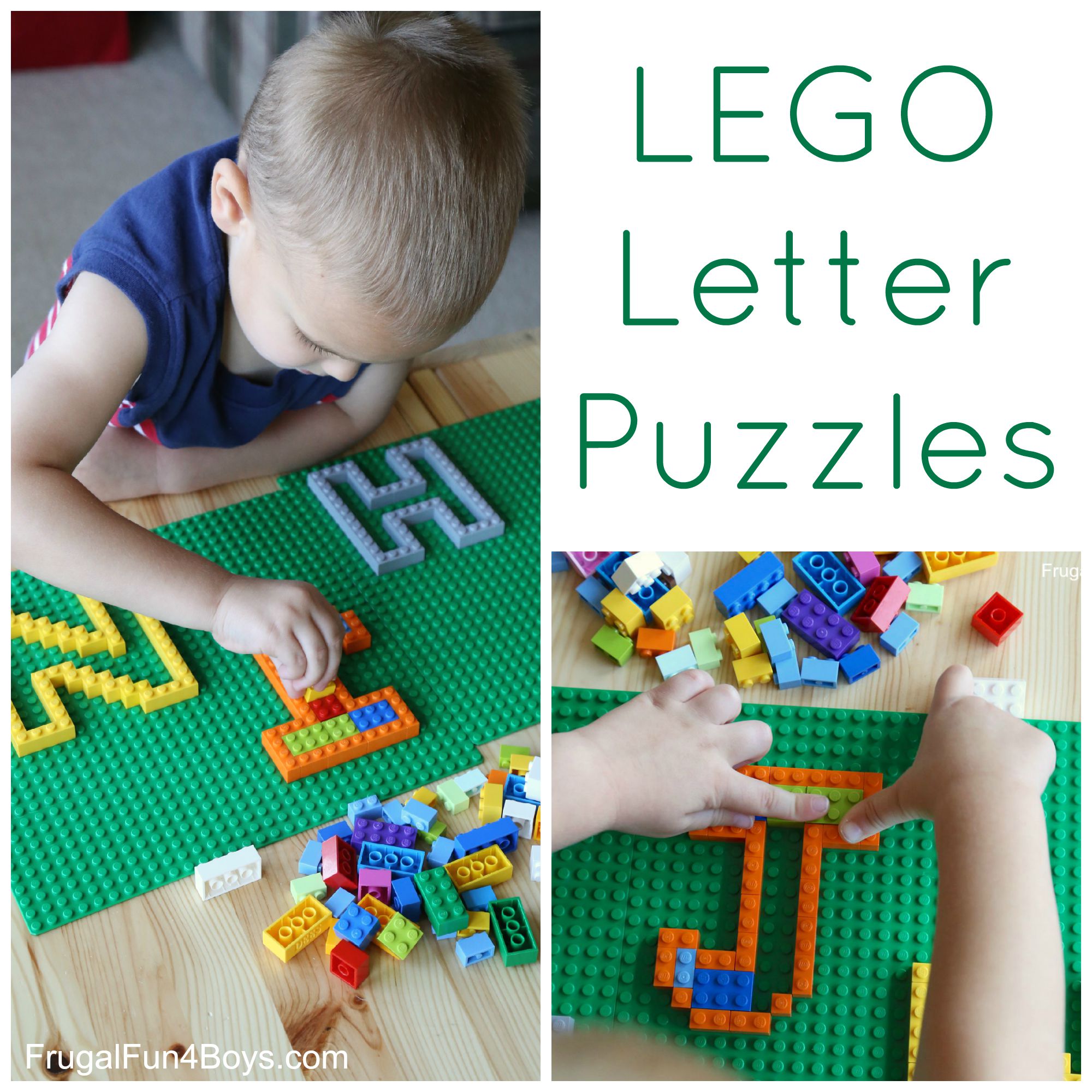