How to build Baymax out of LEGO®! 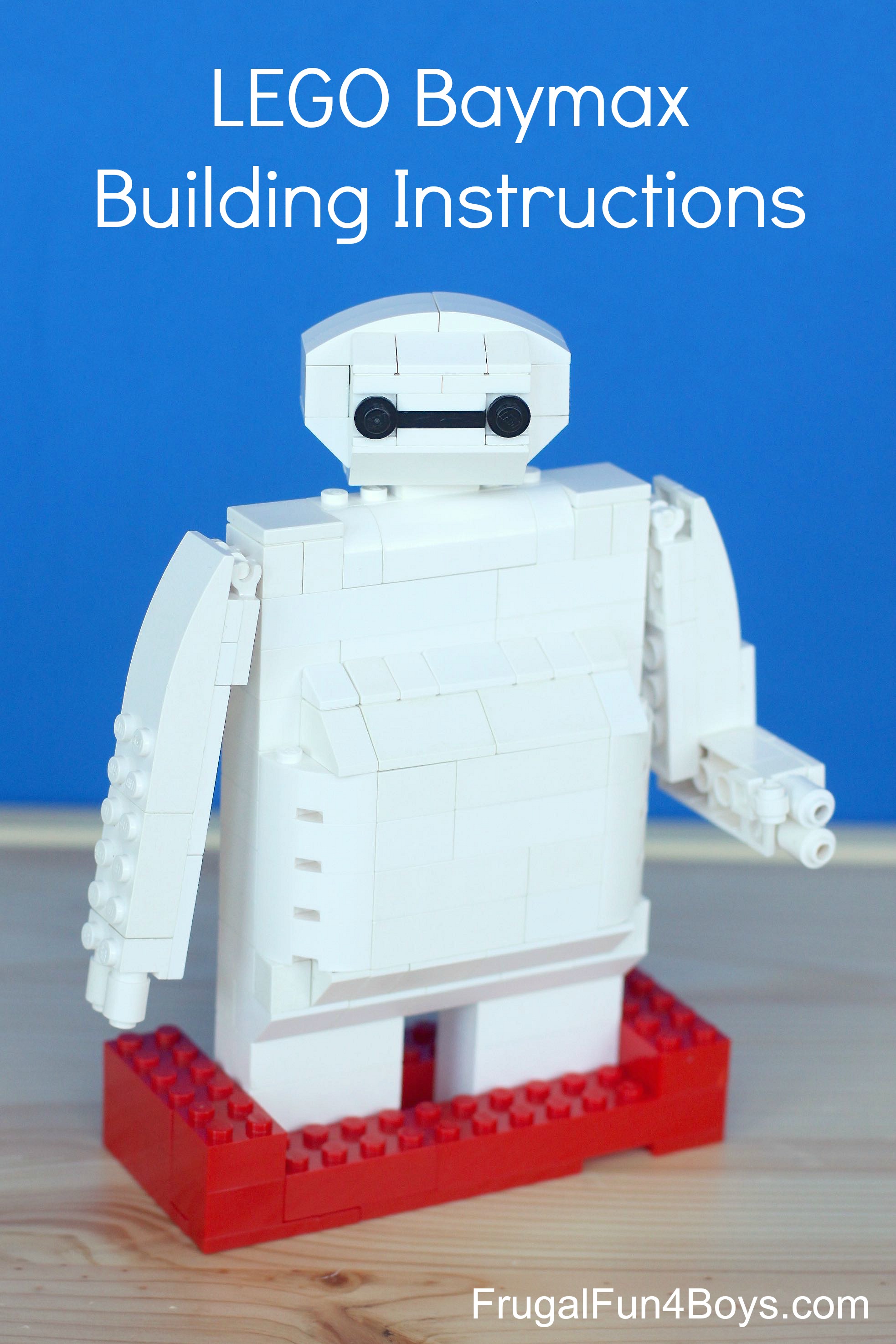 If you are good, he will give you a lollypop. 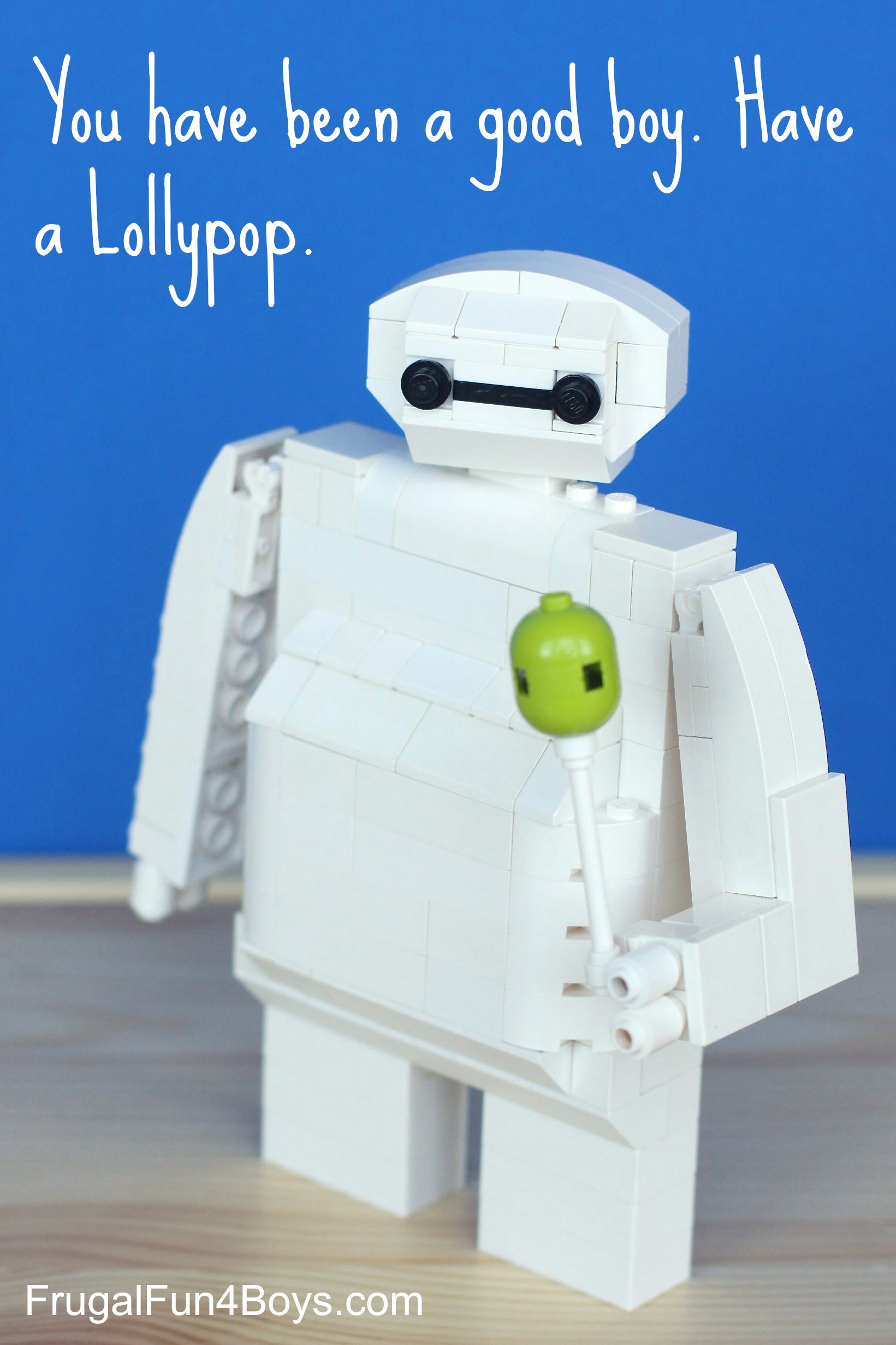 After watching Big Hero 6 again last weekend, Aidan and I thought it would be fun to create a LEGO® Baymax. Baymax is definitely a challenging character to build with LEGO® since he is so big and round. Here’s how we built our Baymax, and if your kids create their own version we’d love for them to share a picture on the Frugal Fun for Boys Facebook page!

To make the head:

Step 1: This is the brick that we used for the base of the head. I’m sure not everyone will own this – hopefully you can improvise with what you have! 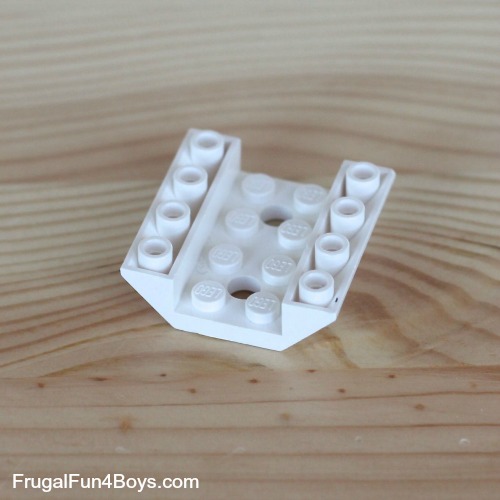 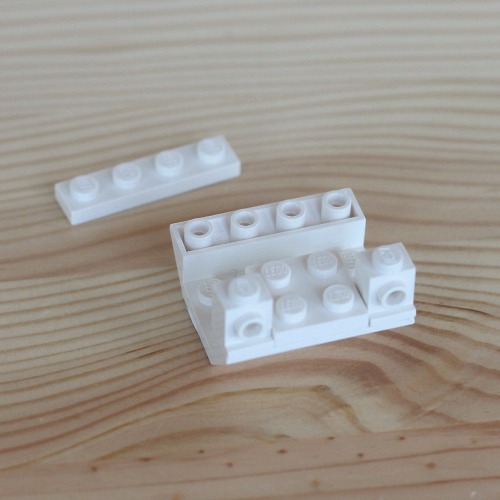 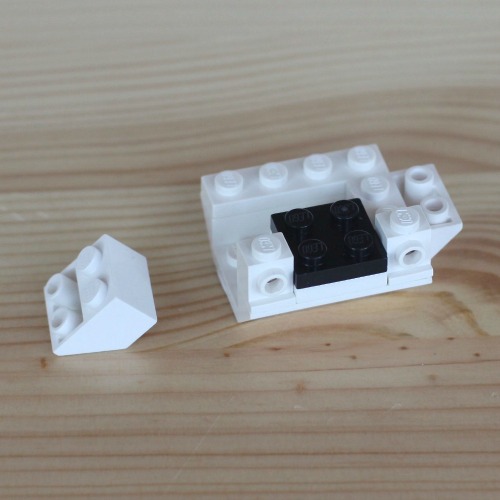 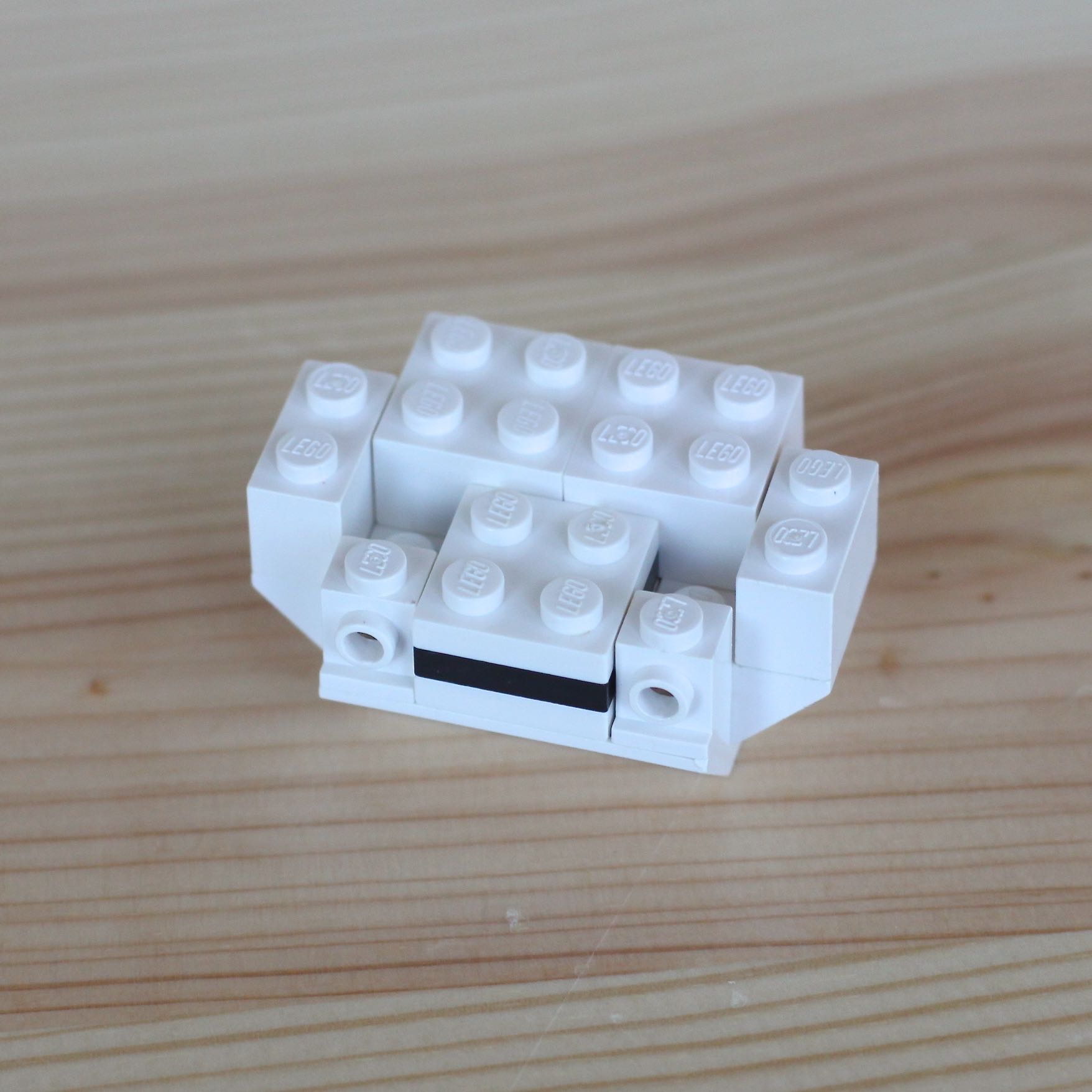 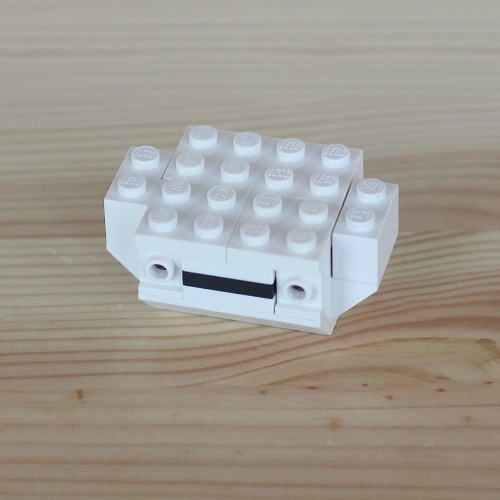 Step 6: Add two black studs for eyes, and build the round part of the head. 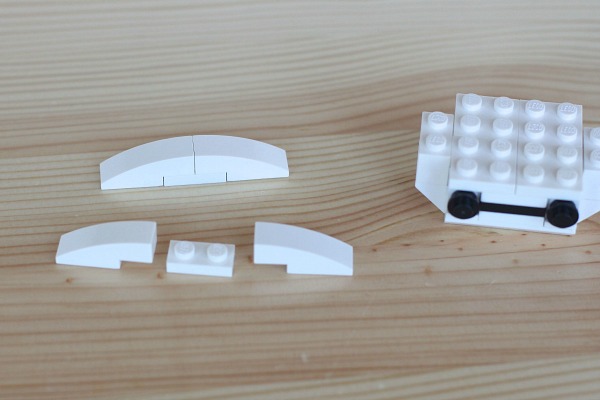 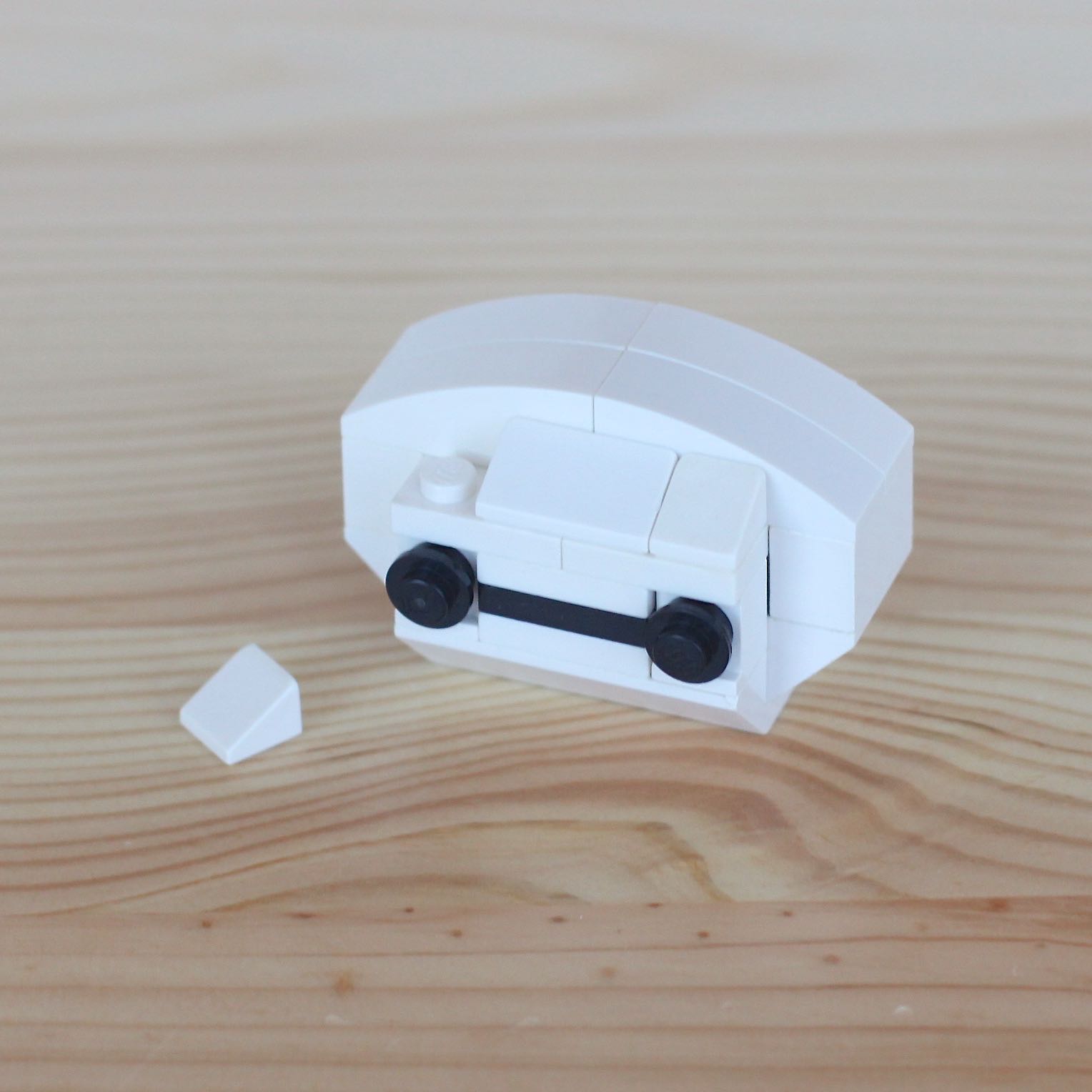 To make the body:

The body is basically one layer of white bricks with a “belly” added on in front. The total depth of the body at the widest part is 4 studs. 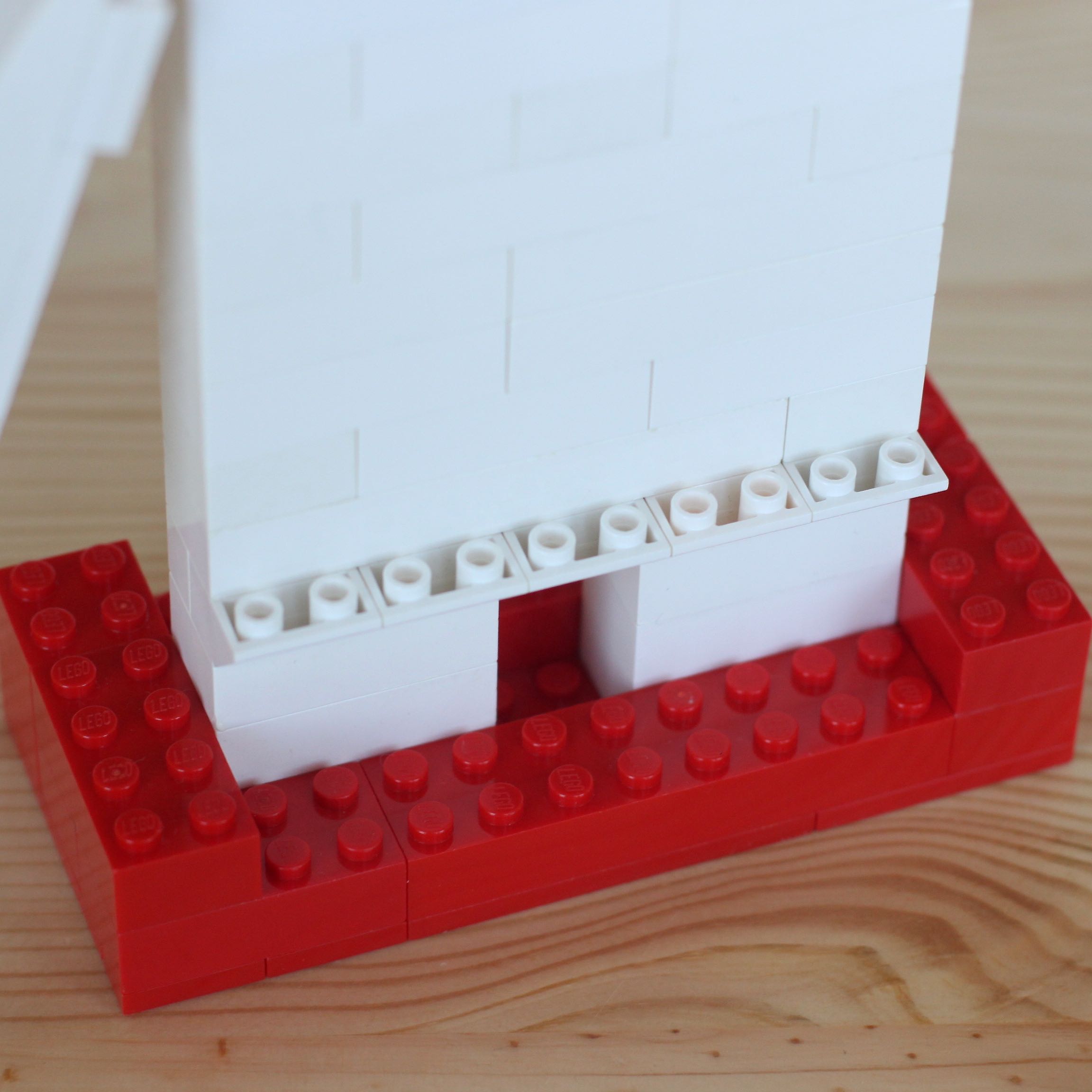 Then we added another layer of slanting bricks. 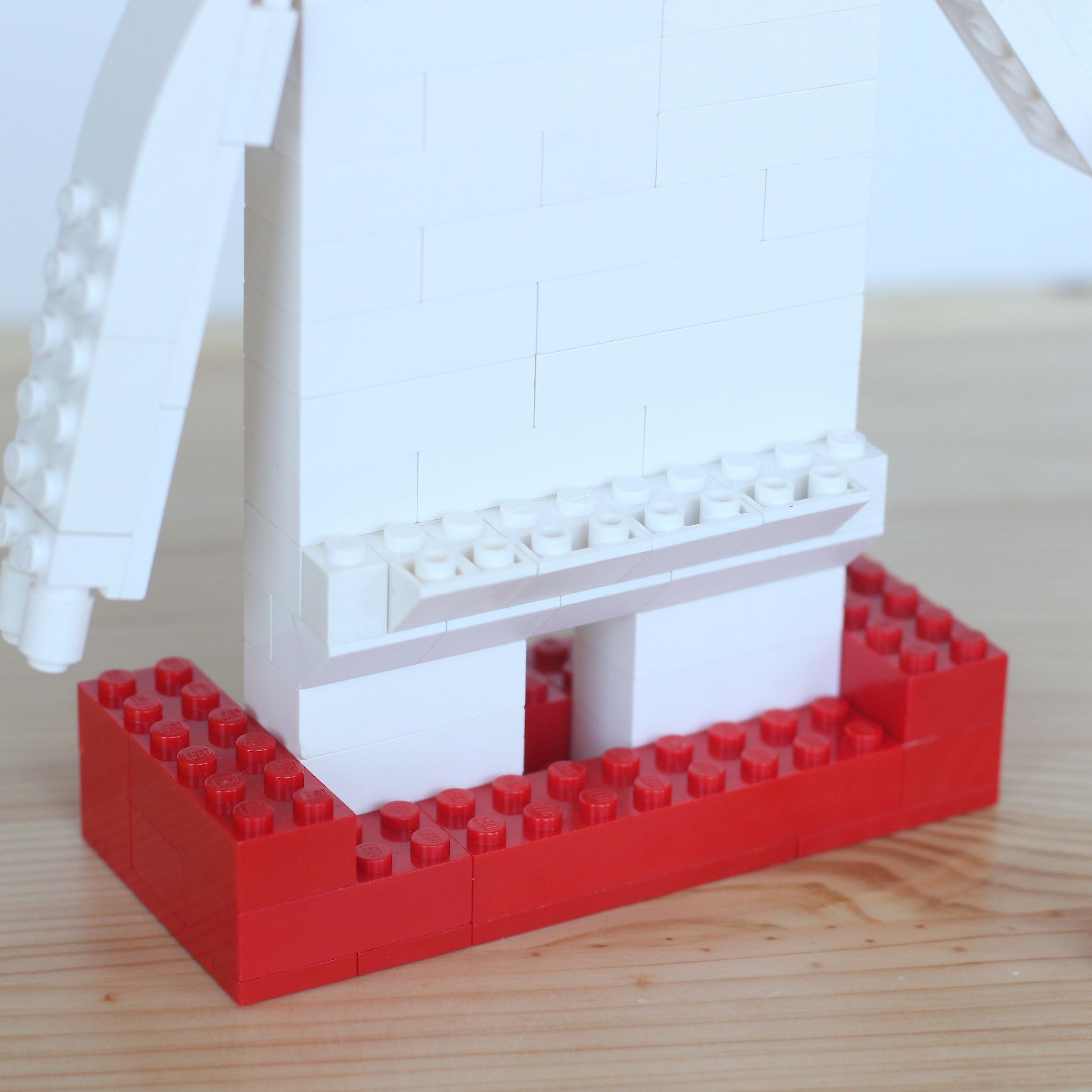 We built the round part of the belly with these bricks. They came in our LEGO® Classic Creative Brick Box (small). 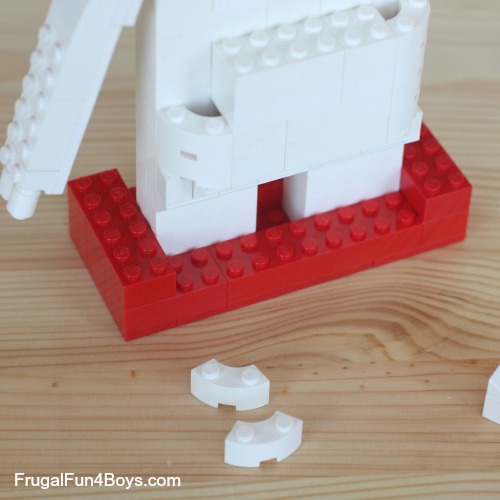 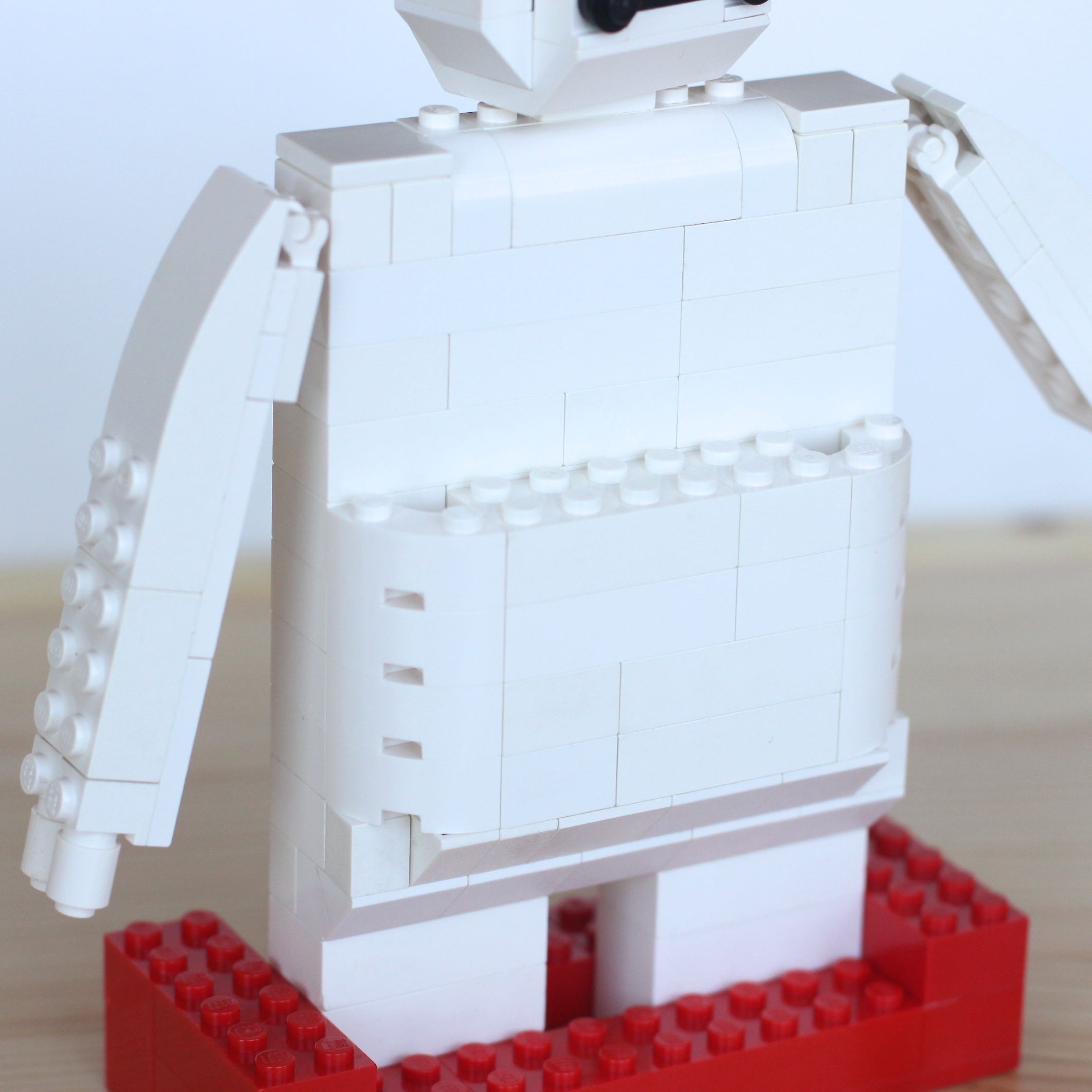 To finish up the body, add a layer of slanting bricks.

To make the arms: 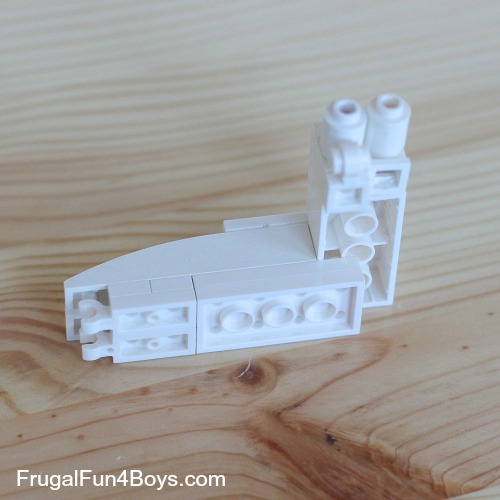 We wanted to make the arms jointed, and it definitely gives Baymax more personality than stationary arms.

Below, you can see how the arms attach to the body. The brick with one stud holds Baymax’s head and allows the head to turn. 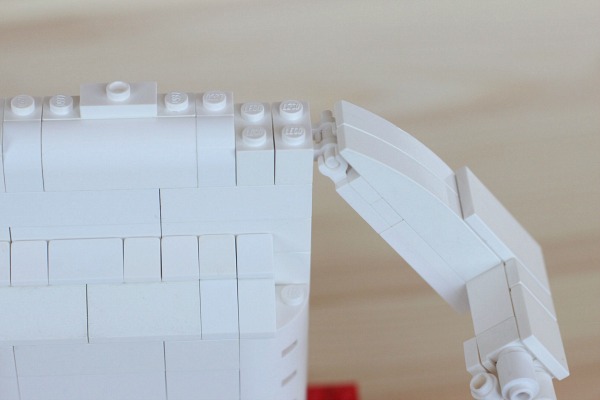 Where possible, we used smooth white pieces to cover the exposed studs. It seemed to make Baymax look more like the movie.

If we had had more of the white rounded bricks from the front of the belly, it would have been good to use those to make the legs round. 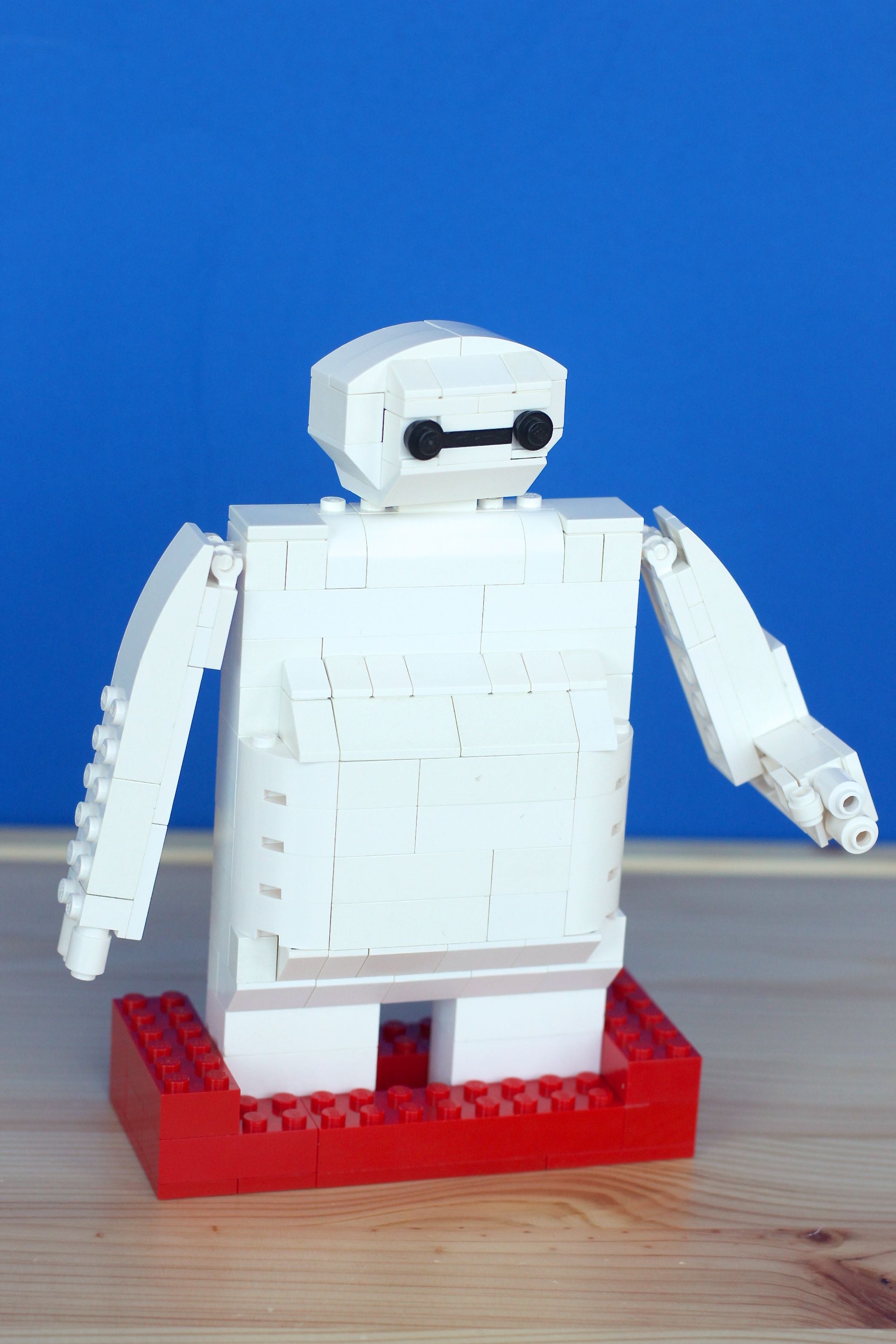