Wow, LEGO® really hit it out of the park with their newest Education set for preschoolers! We were given the opportunity to try out the new LEGO® Education Coding Express set, and I am thoroughly impressed. Preschoolers will be learning early coding skills, critical thinking, and problem solving, all through imaginative play with a train that is seriously awesome.

I received this set free of charge, but the opinions and text are all mine. 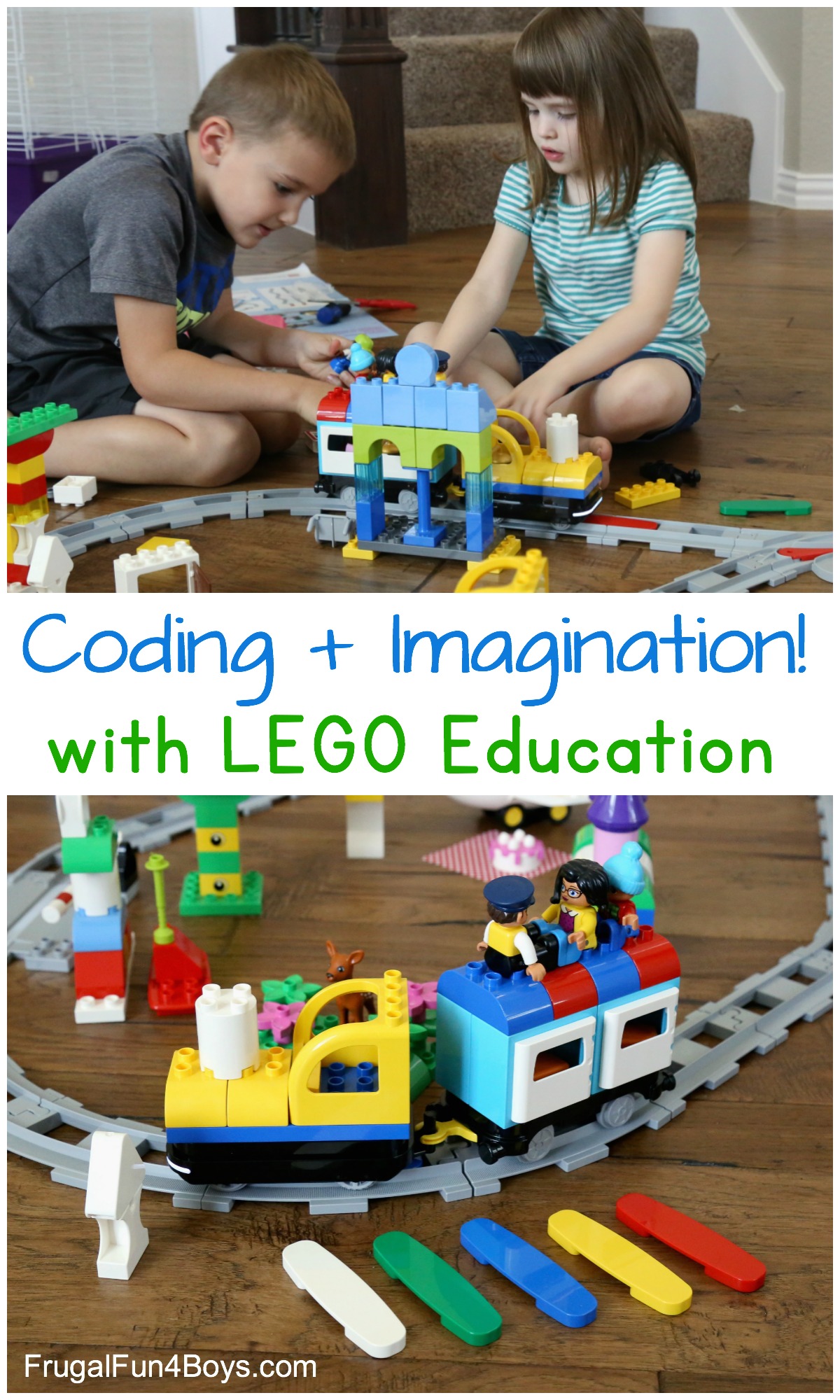 The concept behind this train is brilliant. The Coding Express comes with five different color bricks that can be placed on the track. There is a color sensor built into the underside of the train engine. When the engine travels over the white brick, the light turns on. The green brick makes the train change directions, the blue makes it stop for gas, the yellow makes it blow its horn, and the red brick makes the train stop.

Kids can build their train layout and then choose where to build destinations along the way. The train can make stops at a castle, a park, a store, a station, an airport, and more – so many opportunities for imaginative play! 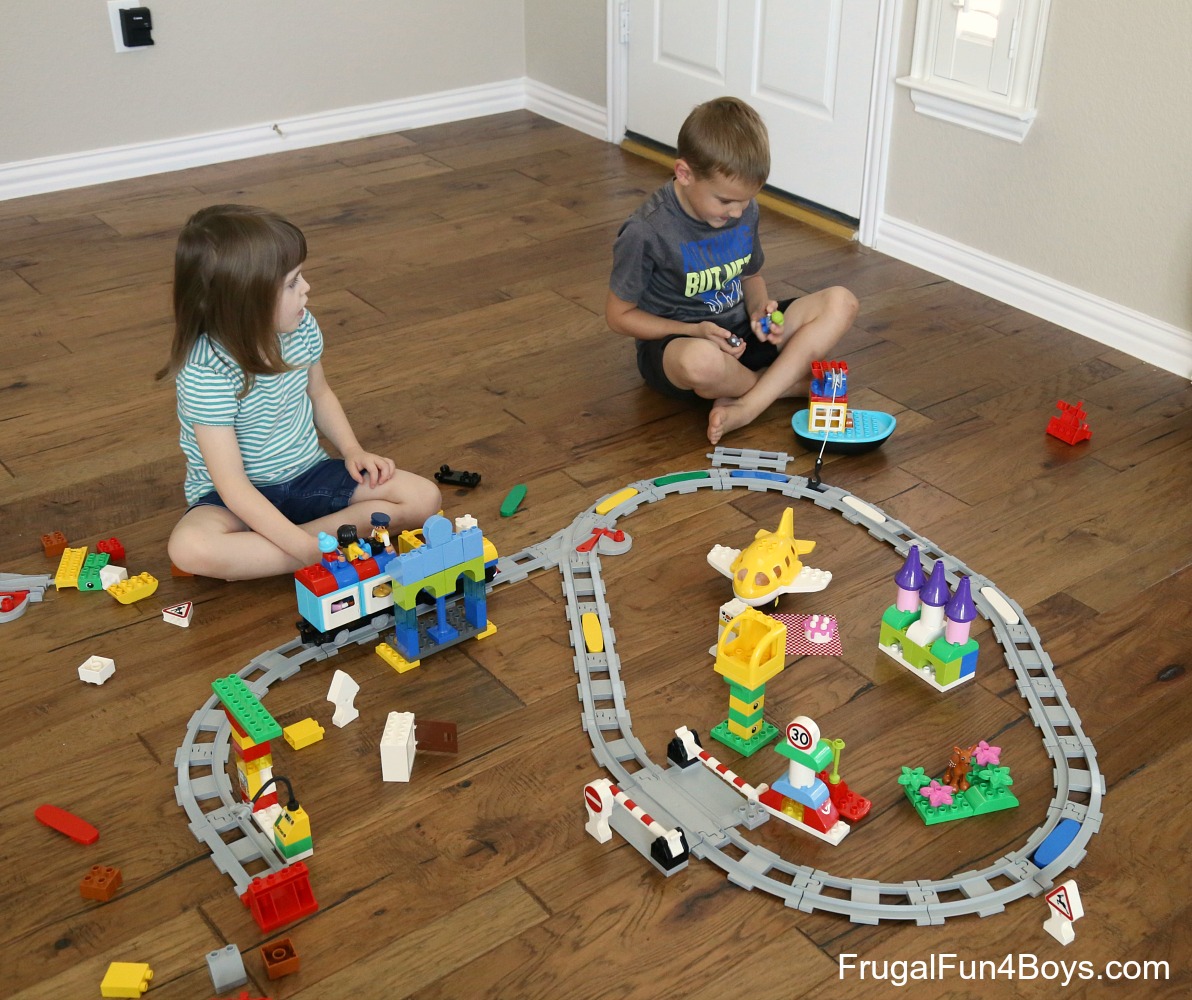 I love the fact that the set comes with building cards to give kids ideas of things to build. I like to encourage independent and creative building, but it can also be helpful for kids to build from a pattern. Trying someone else’s design elevates their building skills so that they can create their own more complicated designs. 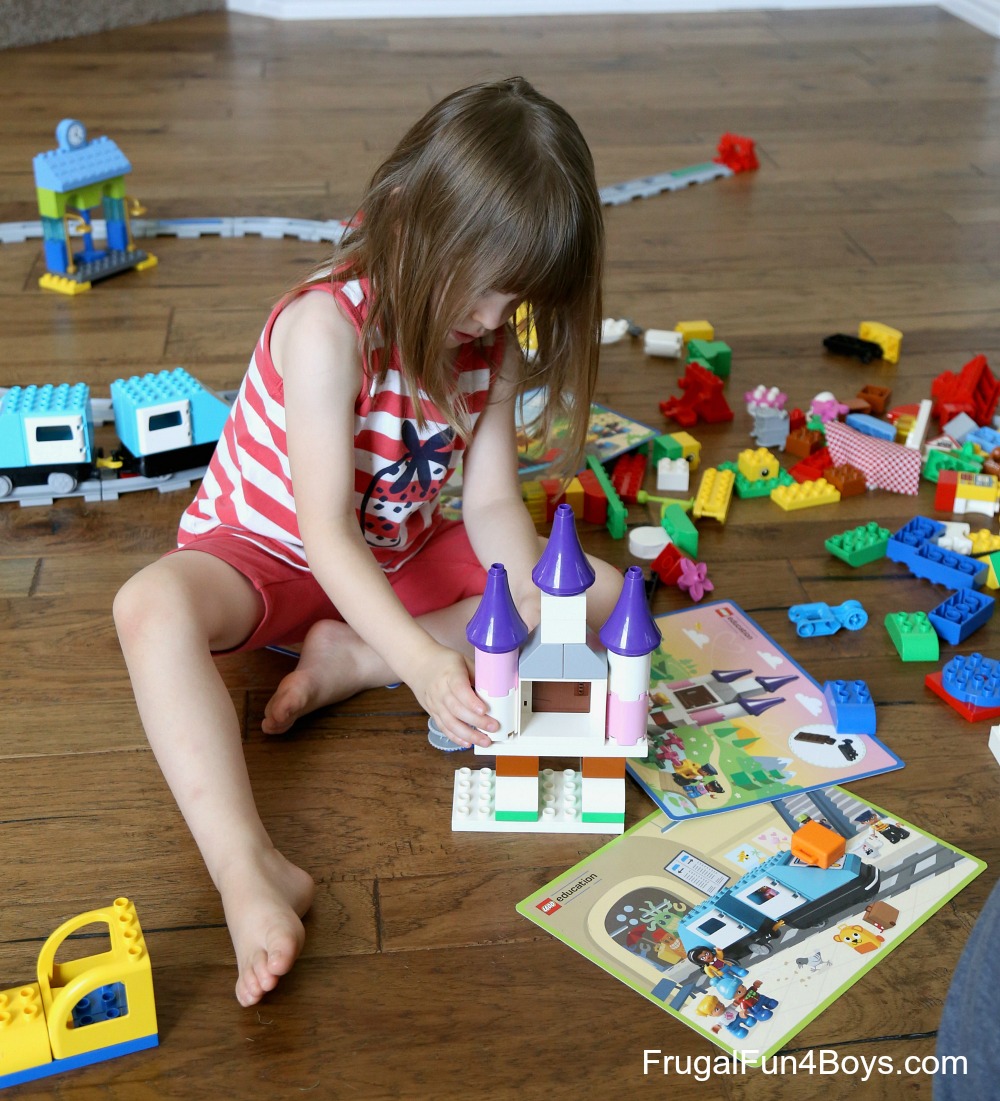 Janie and Jonathan are loving using the colored action bricks to control the train. Janie wanted the train to stop at the station, so she used one of the red bricks to tell the train! We have had this set out a few times know, and the action bricks have held her interest. I have seen her send the train around the track, and then have an idea about the perfect spot for an action brick and modify the track. Critical thinking skills in action! 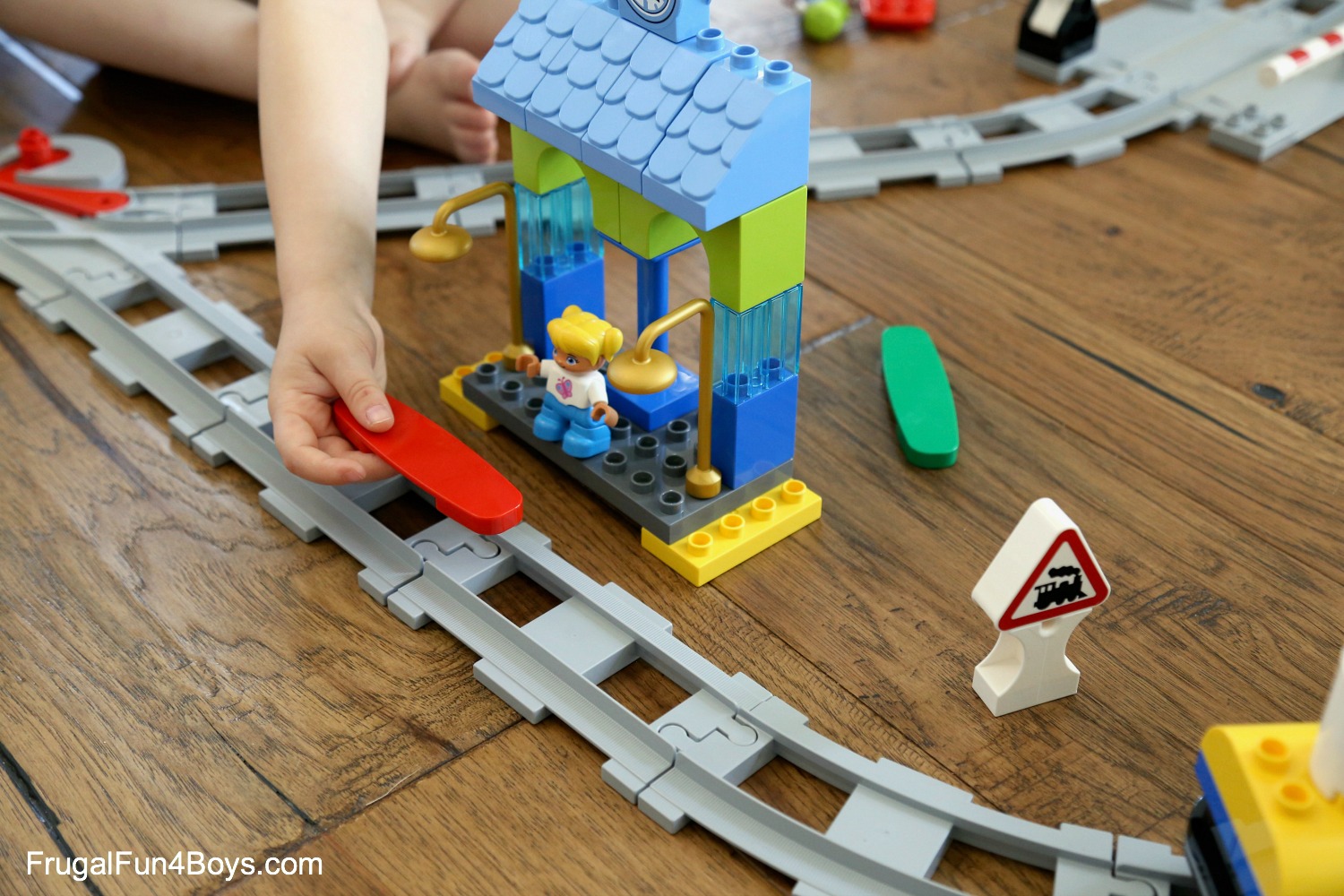 You all know that we love LEGO, but one thing that sets it apart from most of the toys out there is how well it lends itself to open-ended play. Kids are developing STEM skills and learning how to collaborate with others at the same time. You can ask them, “How will the passengers know that the train is about to arrive?” Maybe the yellow action brick should be placed on the track ahead of the red action brick so that the train will blow its horn before stopping! Where would be a good place for the train to fill up with gas? Maybe it should stop for gas before heading out on its journey.

We had to work out some differences of opinion about where the airport should be located and whose figures should get a ride on the train first, but once these issues were settled the train was a lot of fun to play with together. 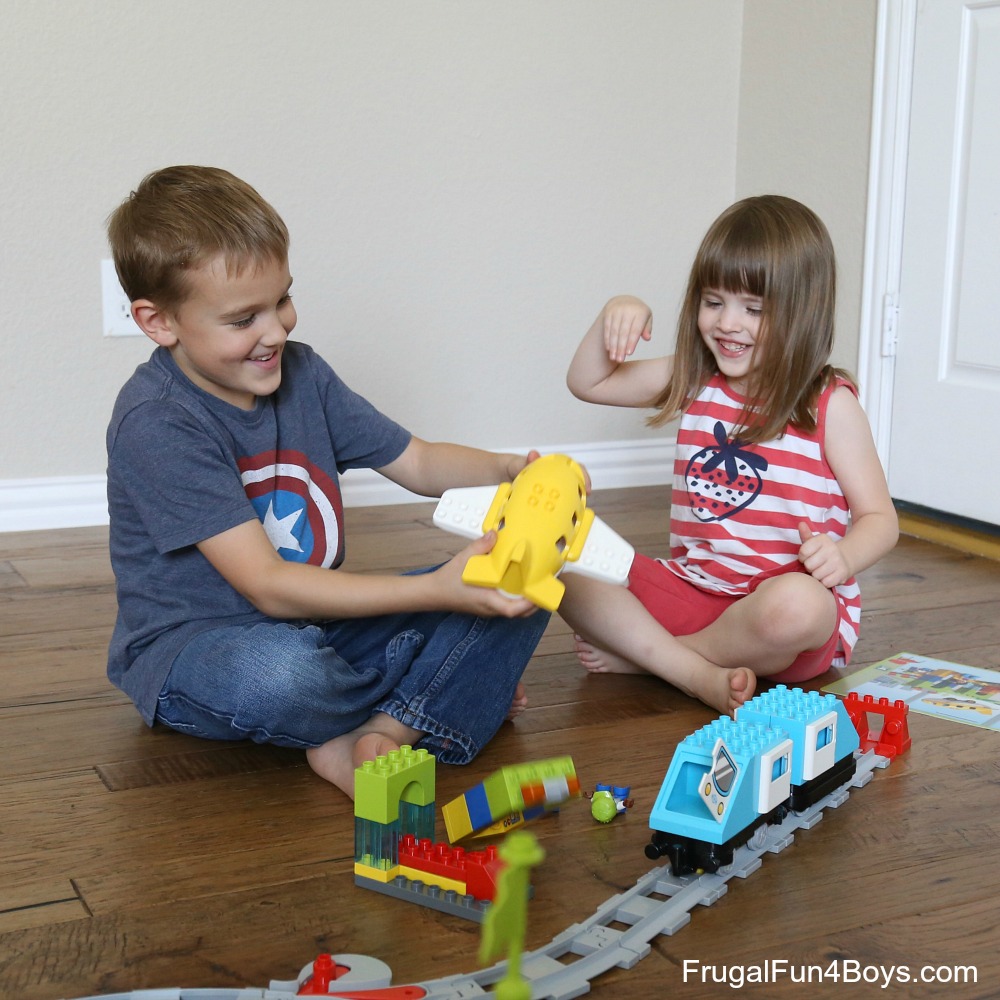 The LEGO Education Coding Express comes with 234 pieces, including the train and track pieces and quite a few basic bricks and figures. There are also 6 building cards, and you can download a Teacher’s Guide from the LEGO Education website.

There is also an app that can be used with the Coding Express! It’s completely optional, but it adds fun and learning to the experience. 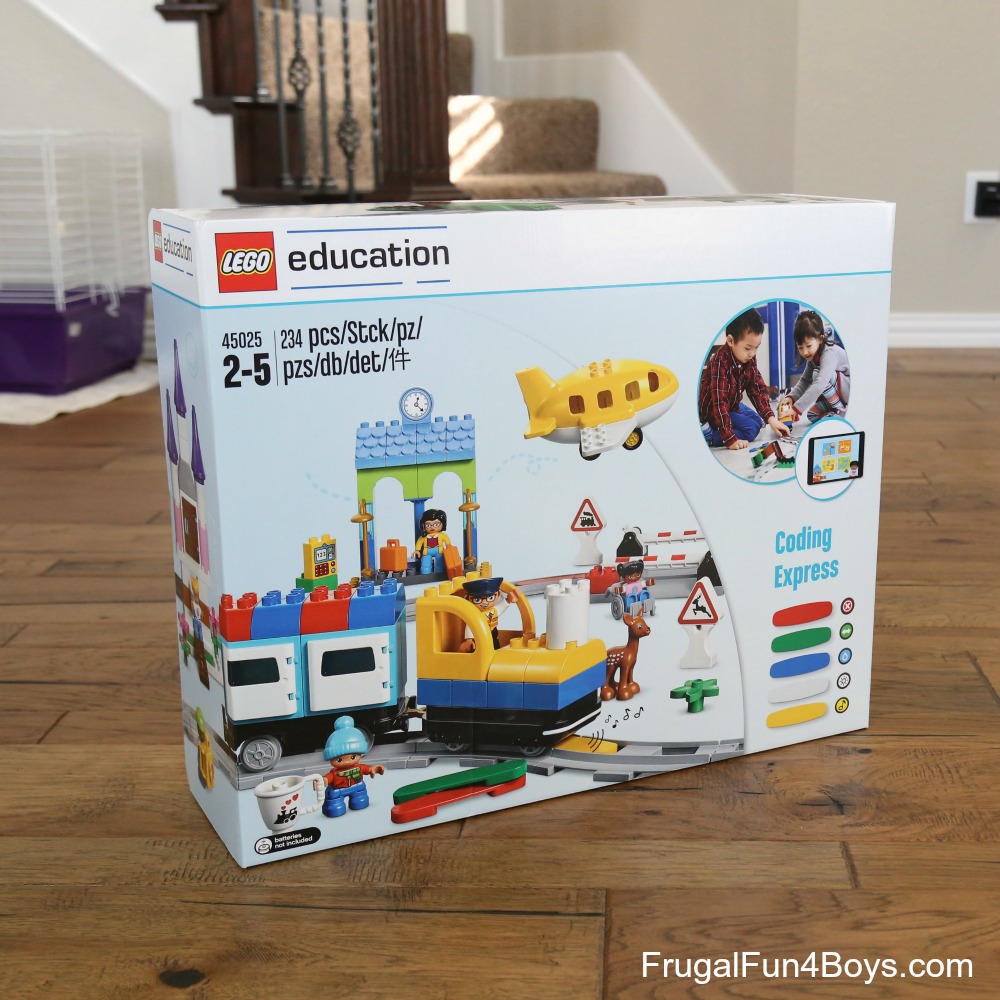 Have fun learning with LEGO® Education! 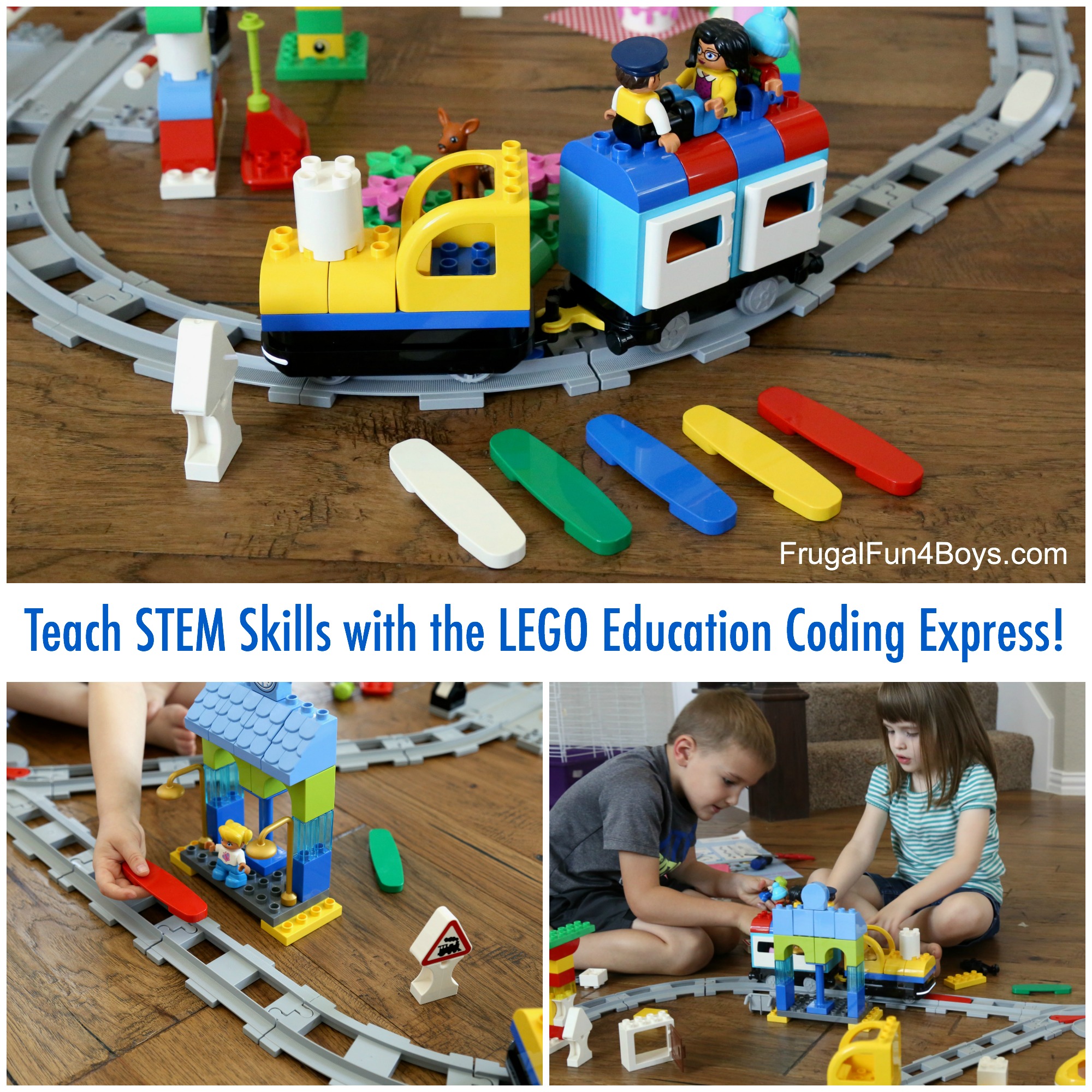