We’re back with two more LEGO® dogs to build – a dachshund and a mastiff! (The mastiff could easily pass for whatever large breed you’d like it to be. 🙂 ) 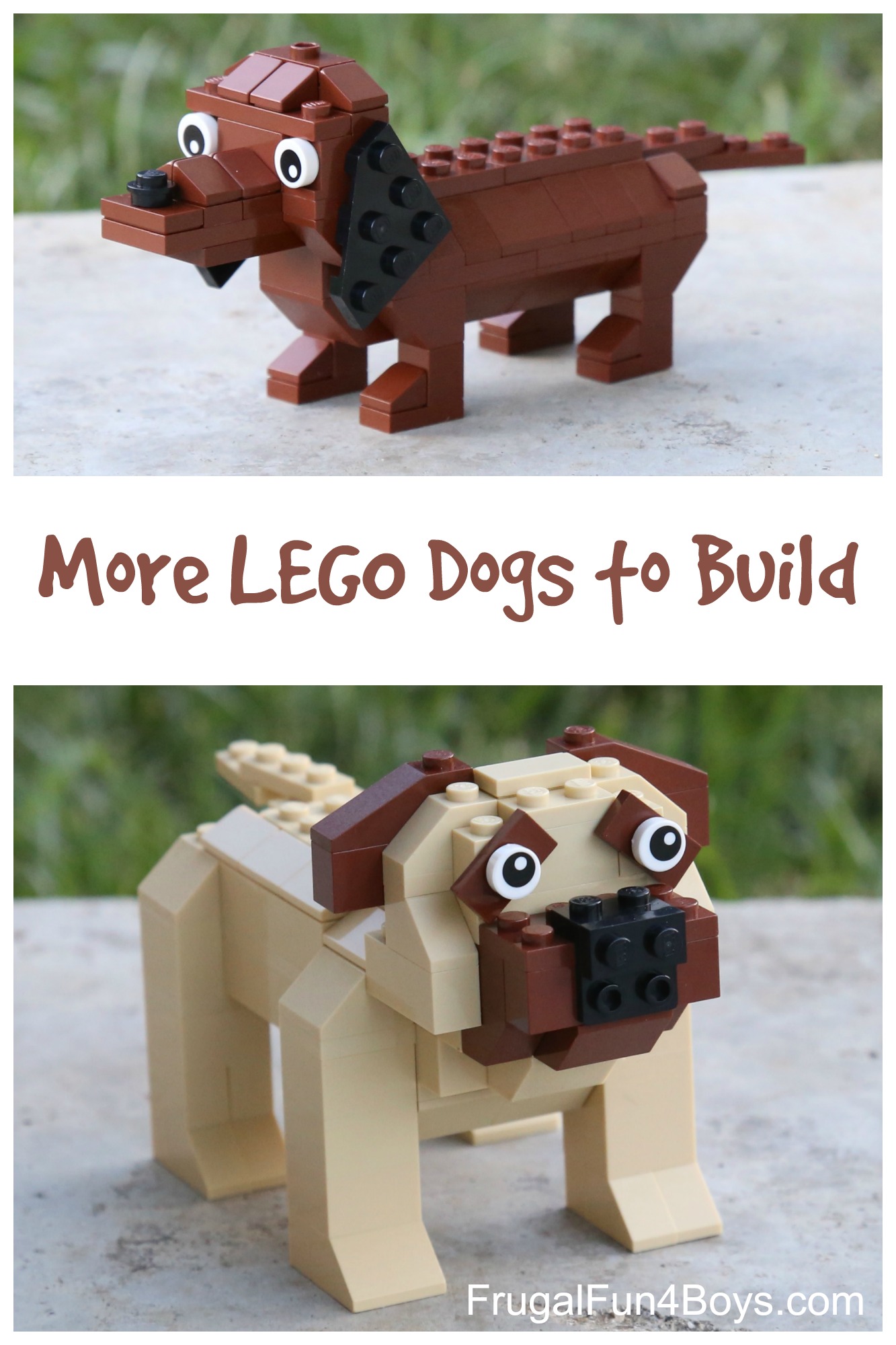 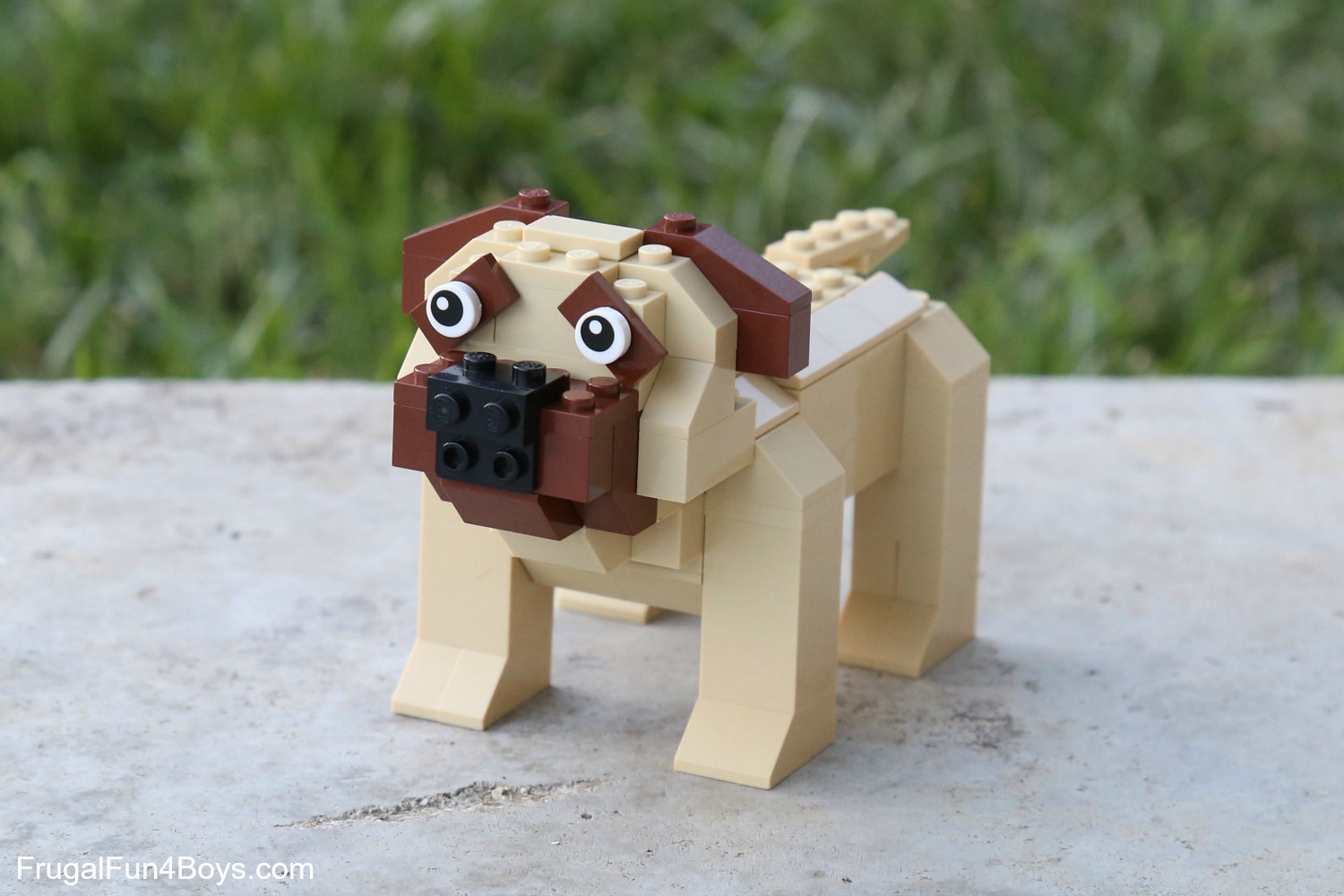 I can’t decide which one is cuter. 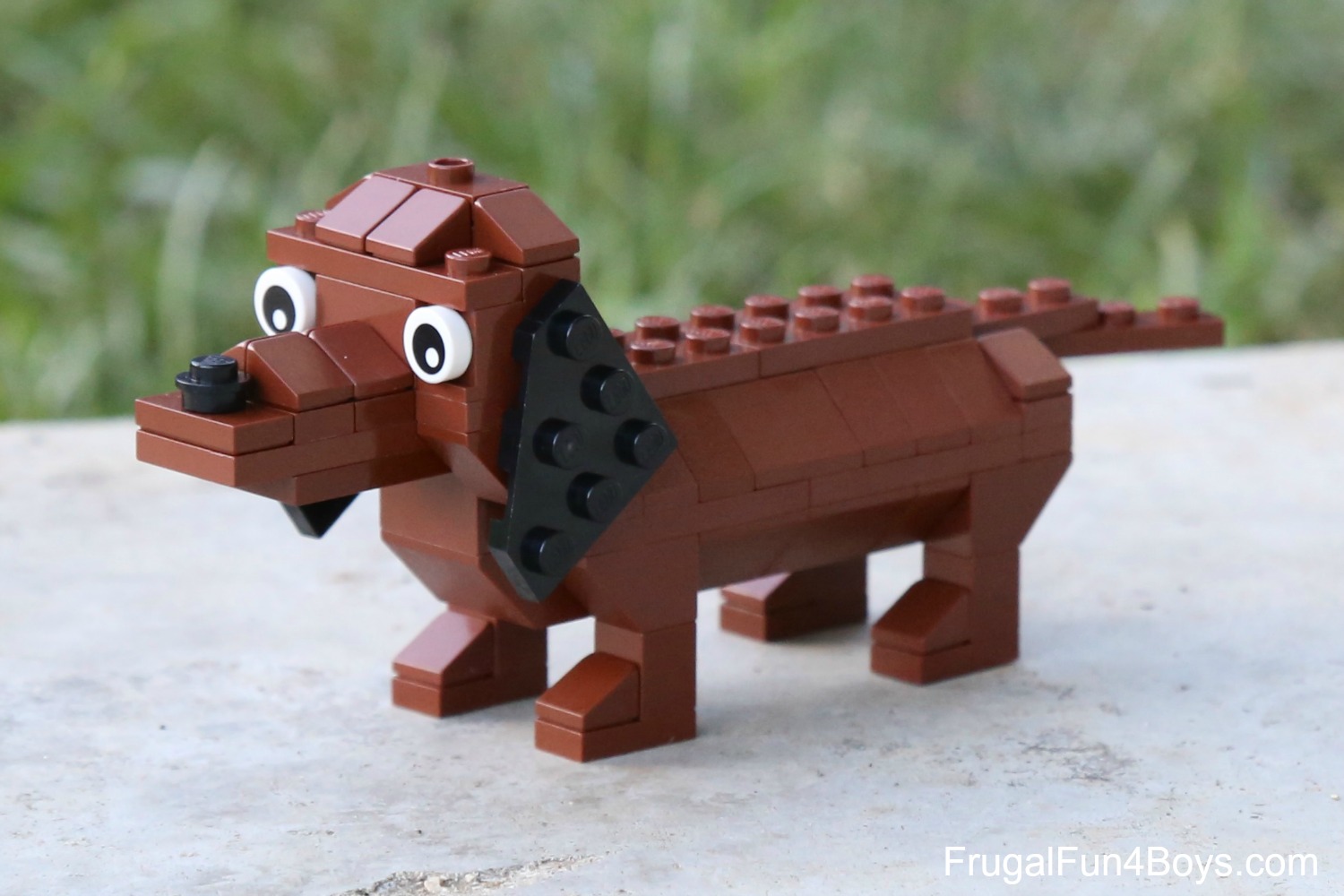 Our first LEGO® dog post featured a beagle/hound type dog and a Westie. You can see those dogs here: LEGO Dogs to Build.

Ready to build? Here’s how to build the dachshund: 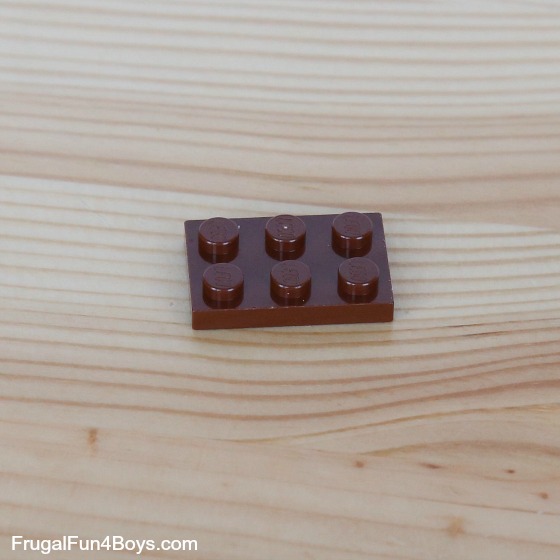 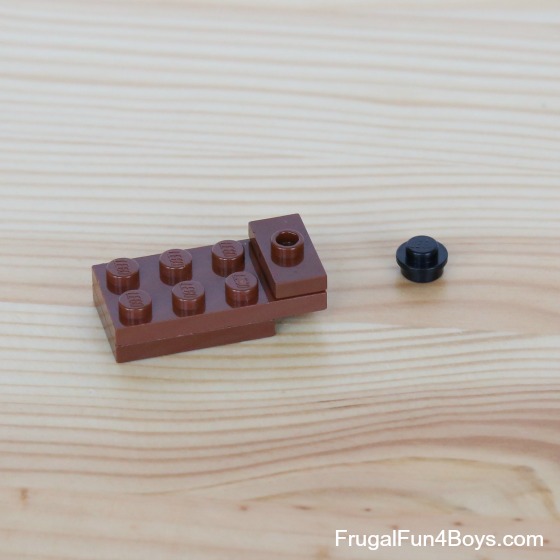 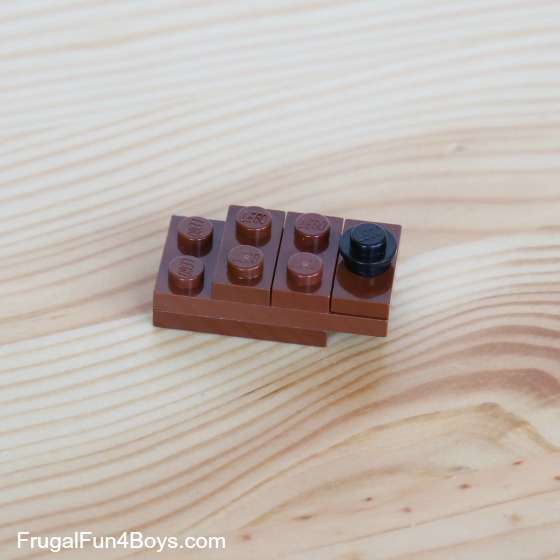 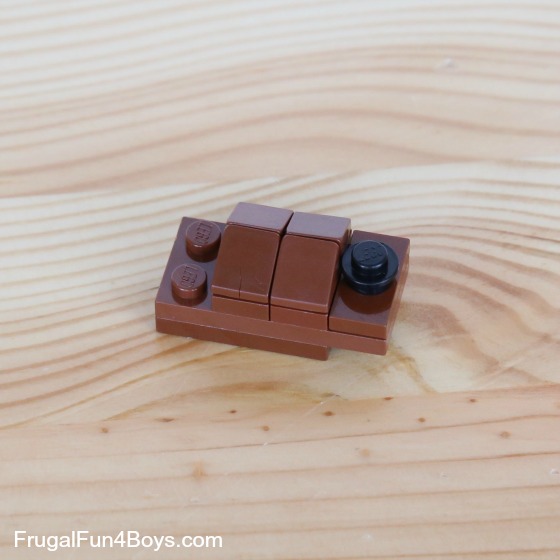 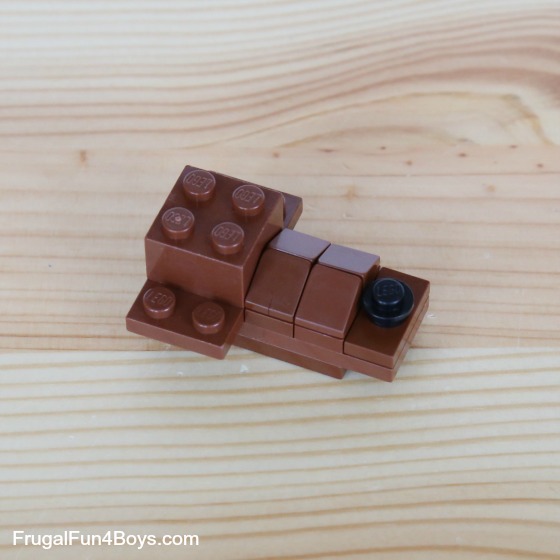 Step 6: Find four 1 x 1 bricks with studs on one side. Two are for the eyes, and the other two will hold the ears. 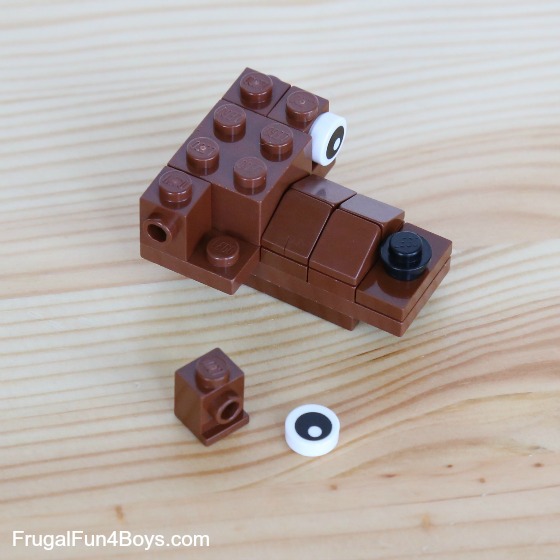 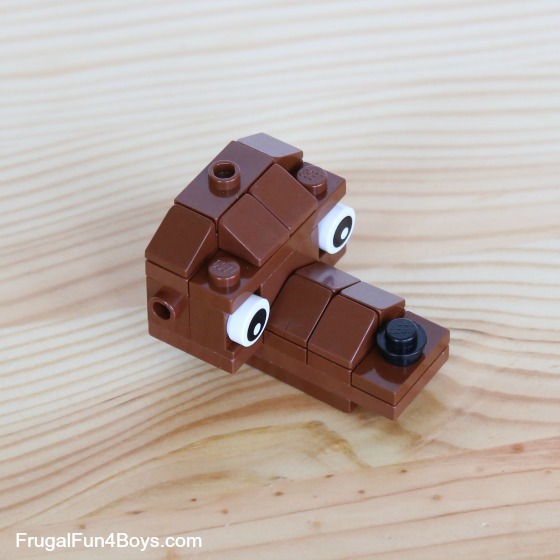 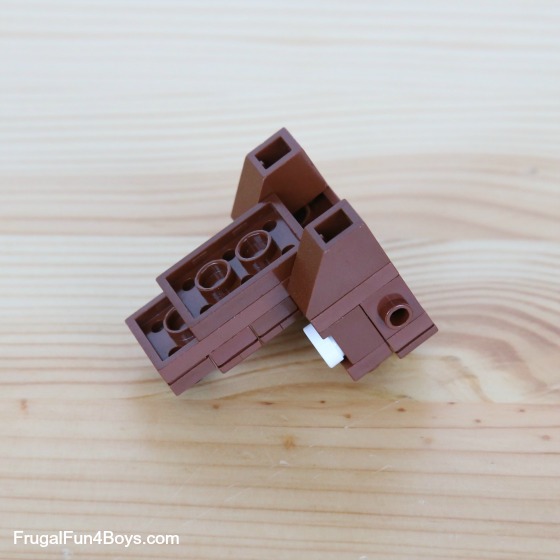 Step 9: Stack the three pieces shown below. Stick them between the two inverse slope bricks under the head. 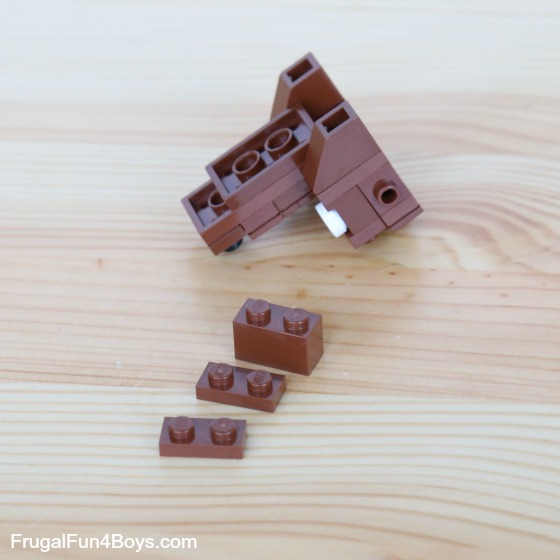 Step 10: Add the ears. We liked the look of black ears, but brown would also be fine. 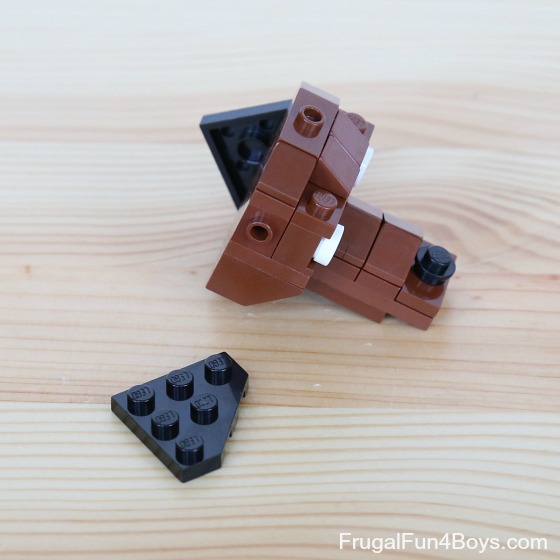 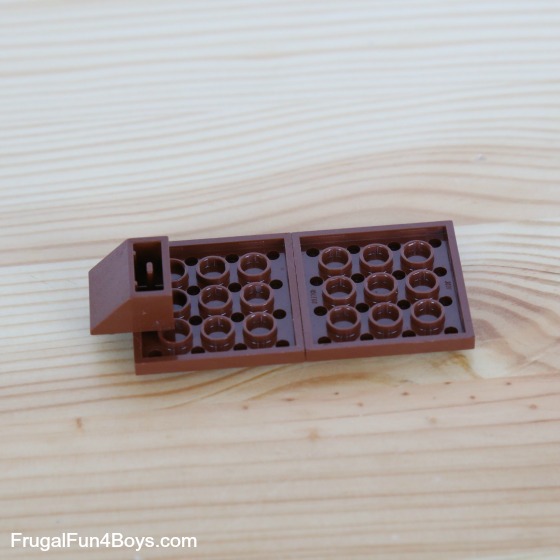 Step 12: Build the underside of the body as shown. 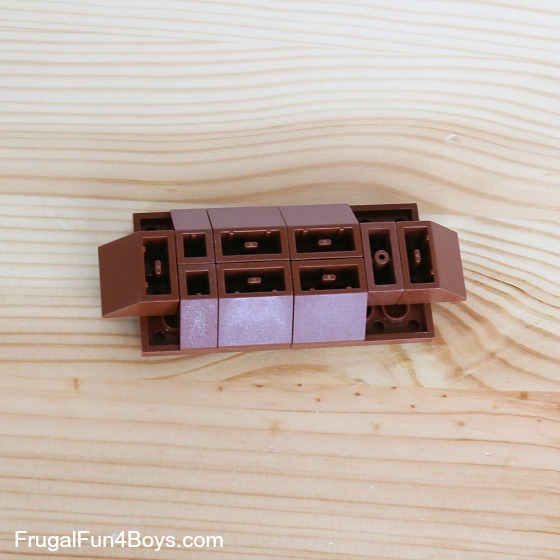 Step 13: Build the legs. The top two are back legs and the bottom two are front legs. 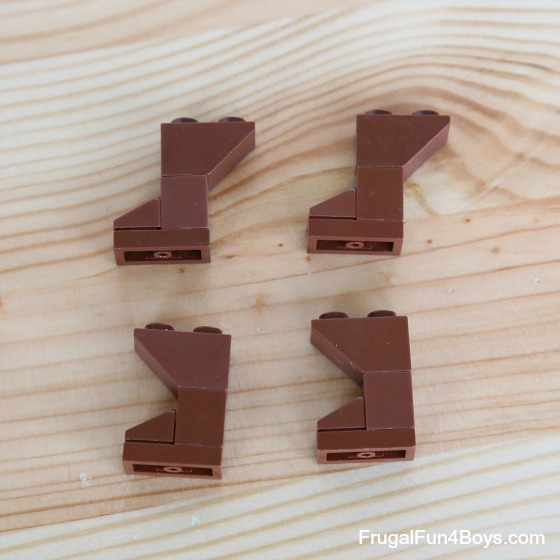 Step 14: Flip over the body and add the legs. 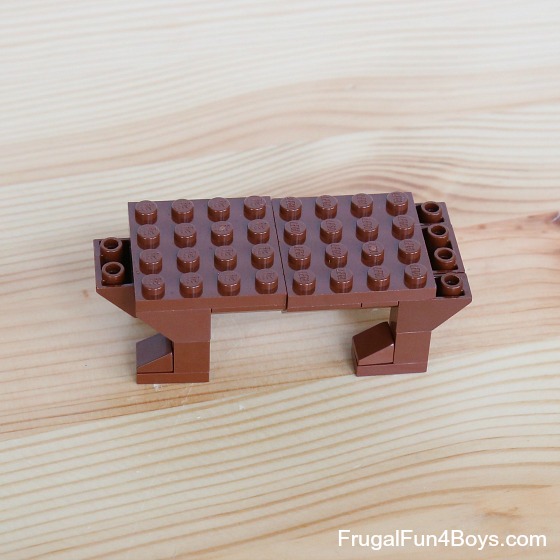 Step 15: Add slope bricks on the top of the body. I used a one stud piece as a place to add the tail. 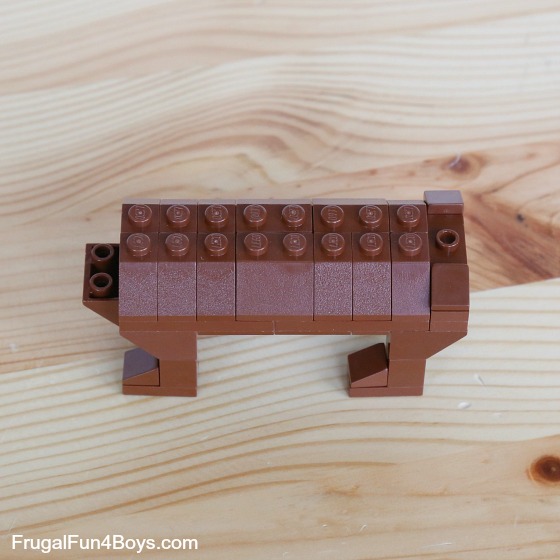 Put on the head and add the tail, and the dachshund is finished! 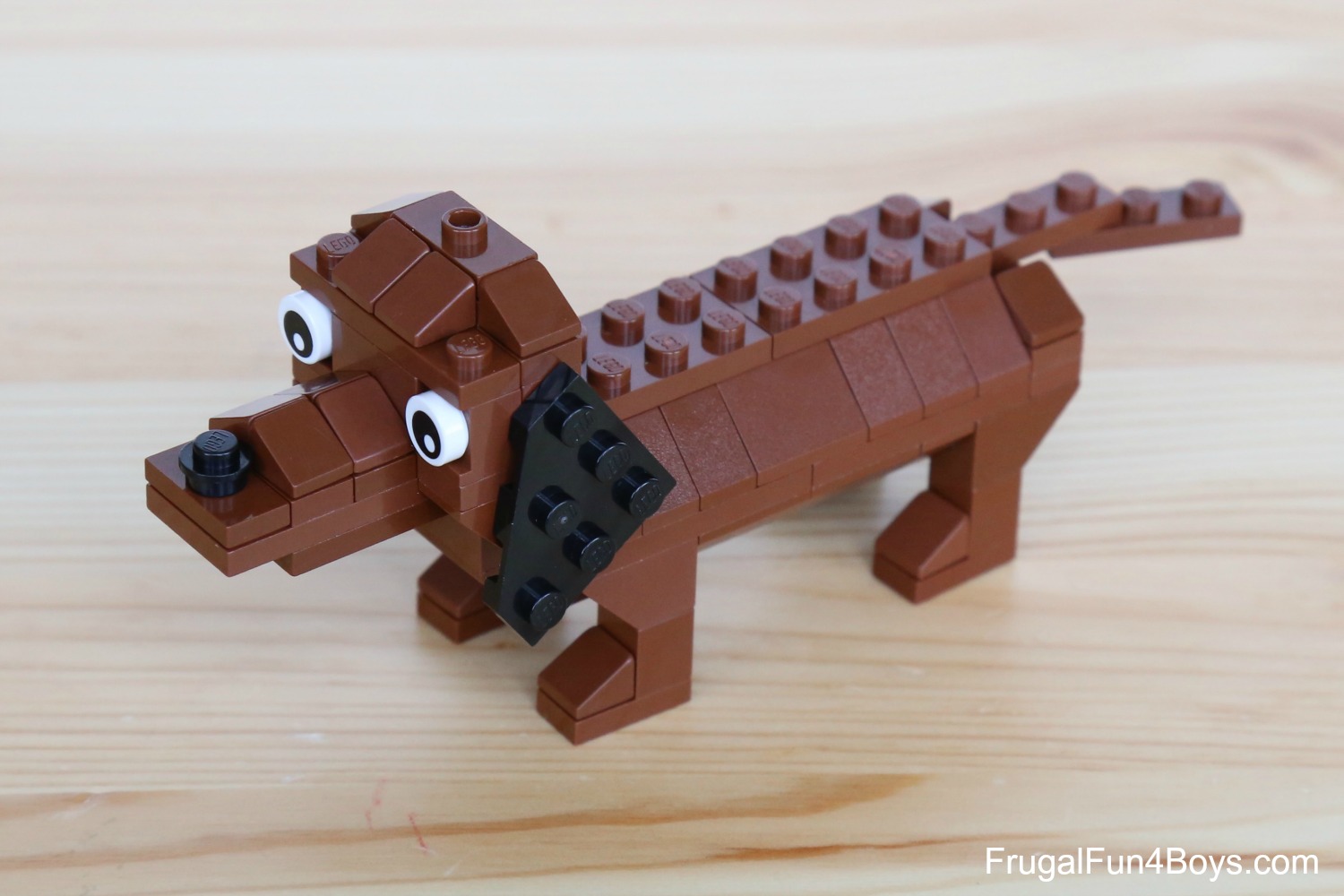 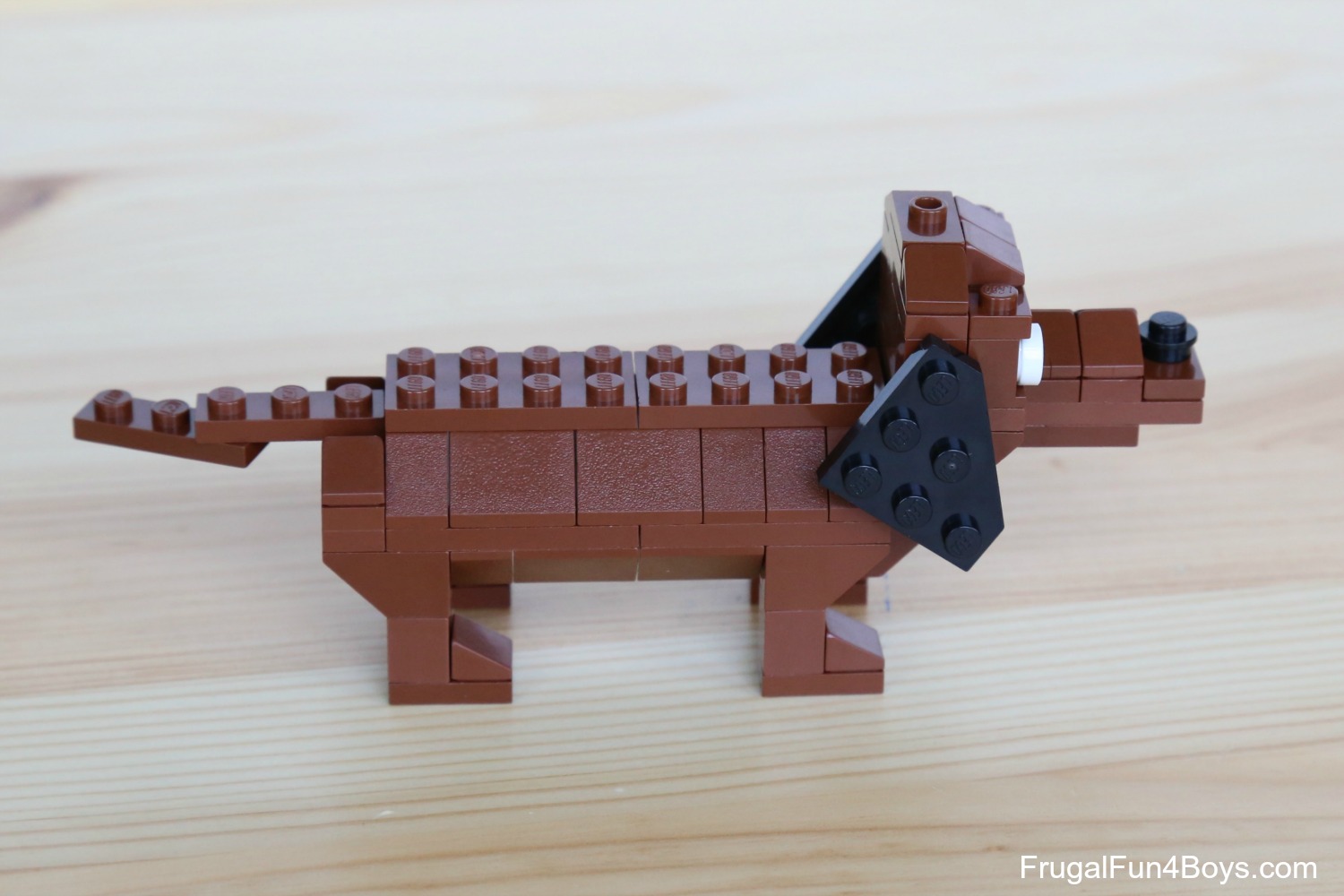 How to Build the Mastiff:

Since our week unfortunately included one child with a sinus infection, one child with a skin infection, and three with hand, foot, and mouth virus, plus our always-busy toddler, I was not able to take step-by-step photos for the mastiff. I did, however, take views of all sides so that you can hopefully figure out how to make it. 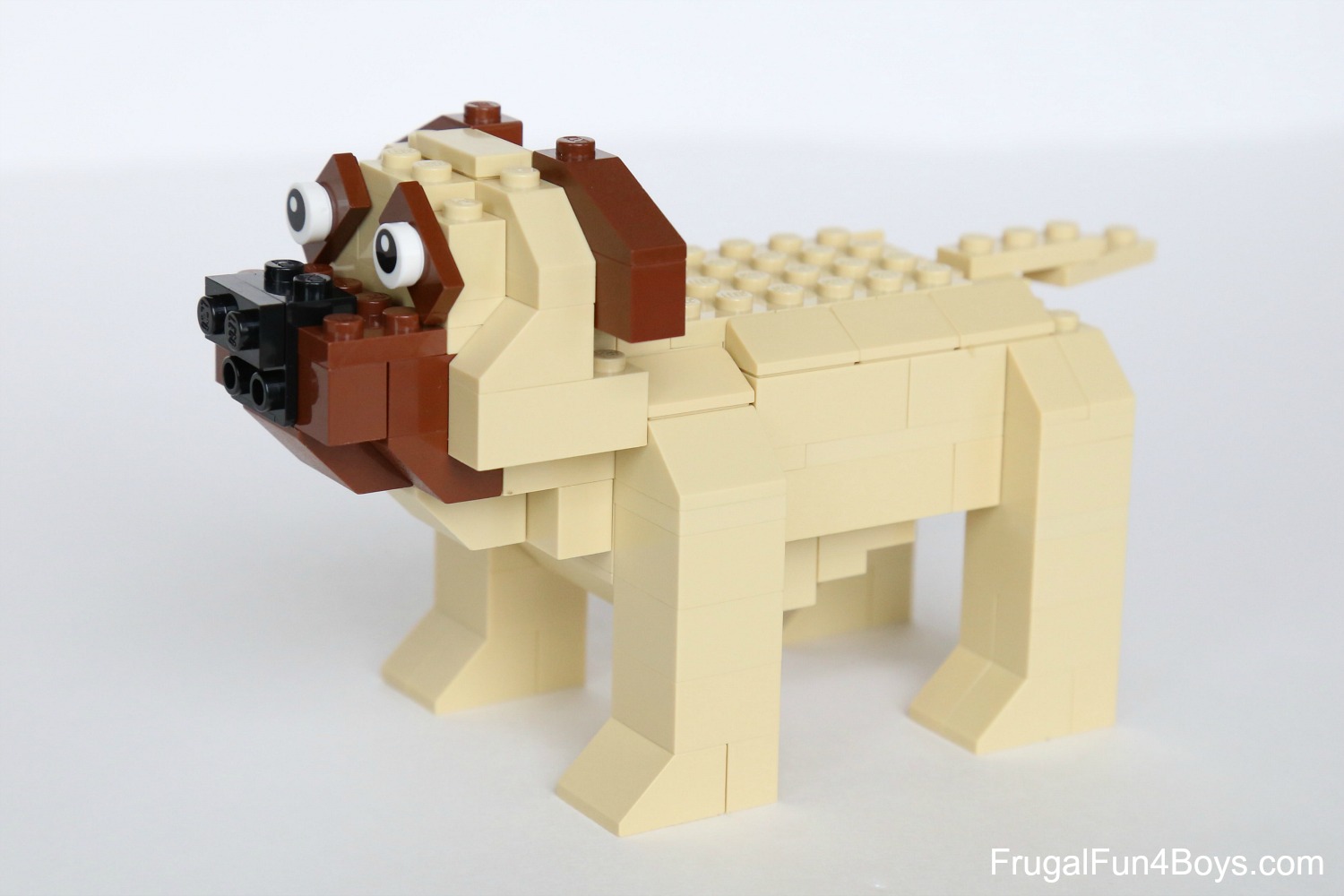 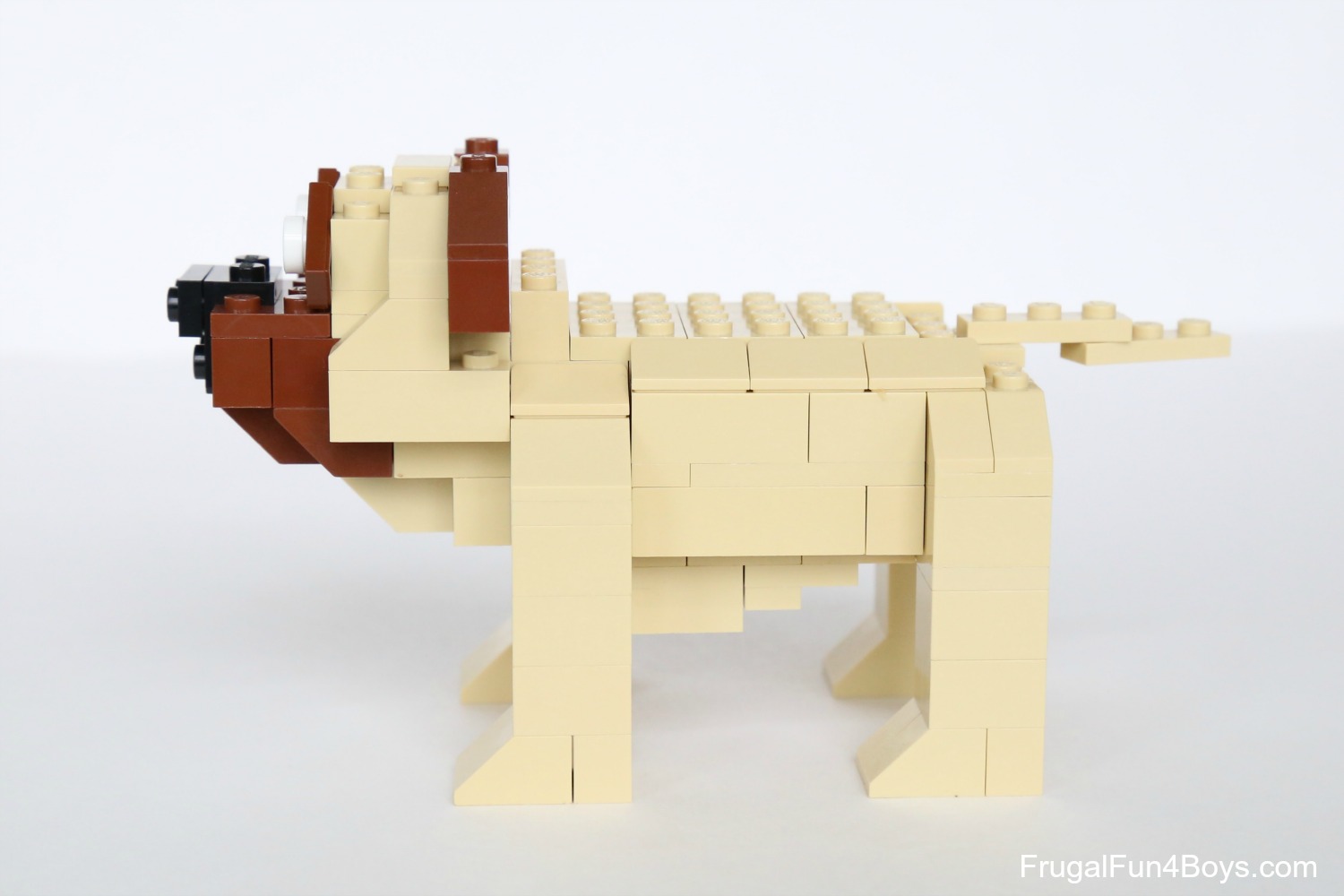 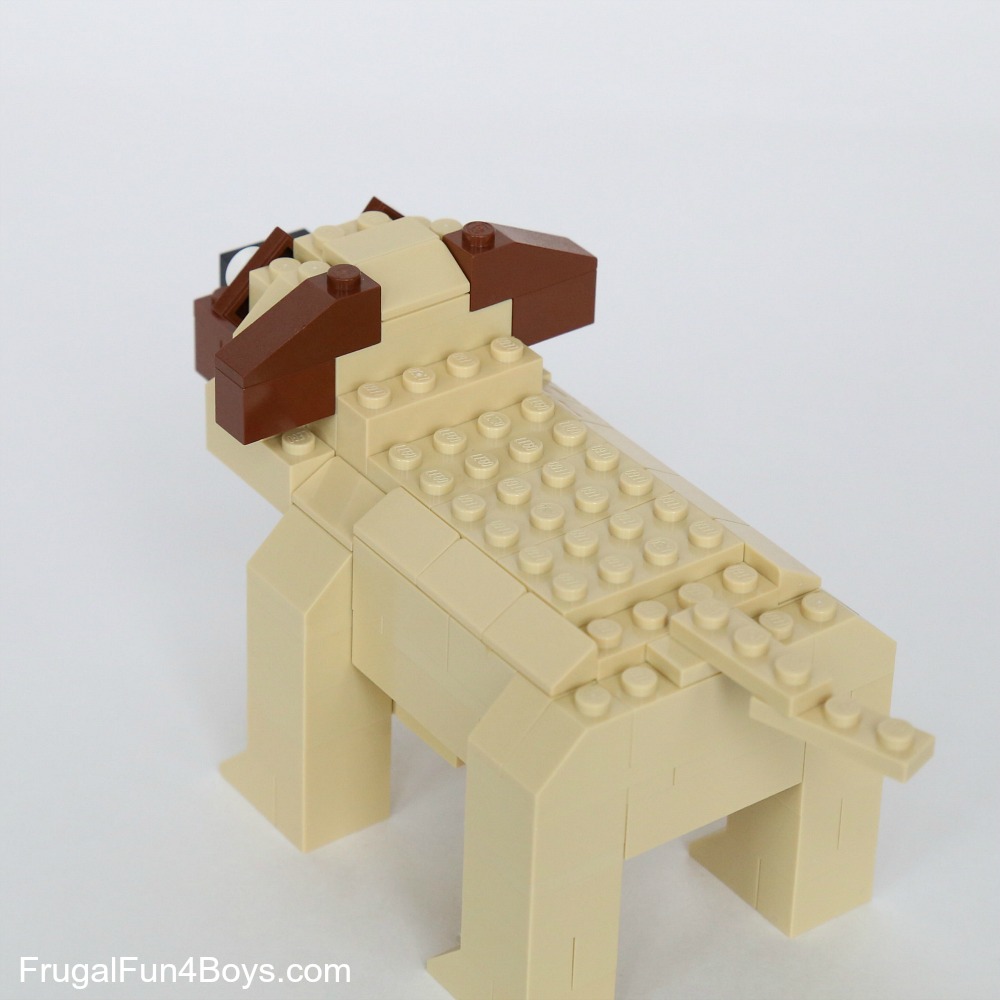 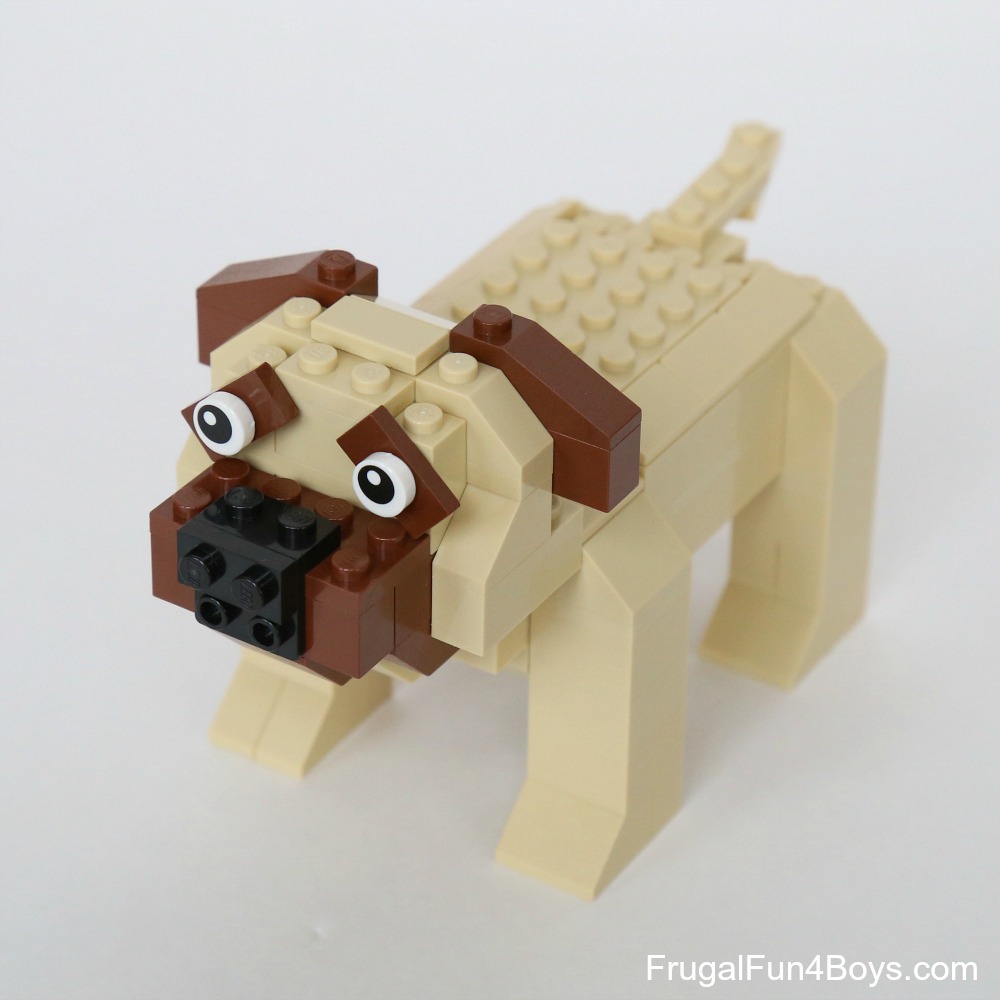 Want to see more LEGO dogs? Or you can view our other LEGO® projects here: 75+ LEGO Building Ideas 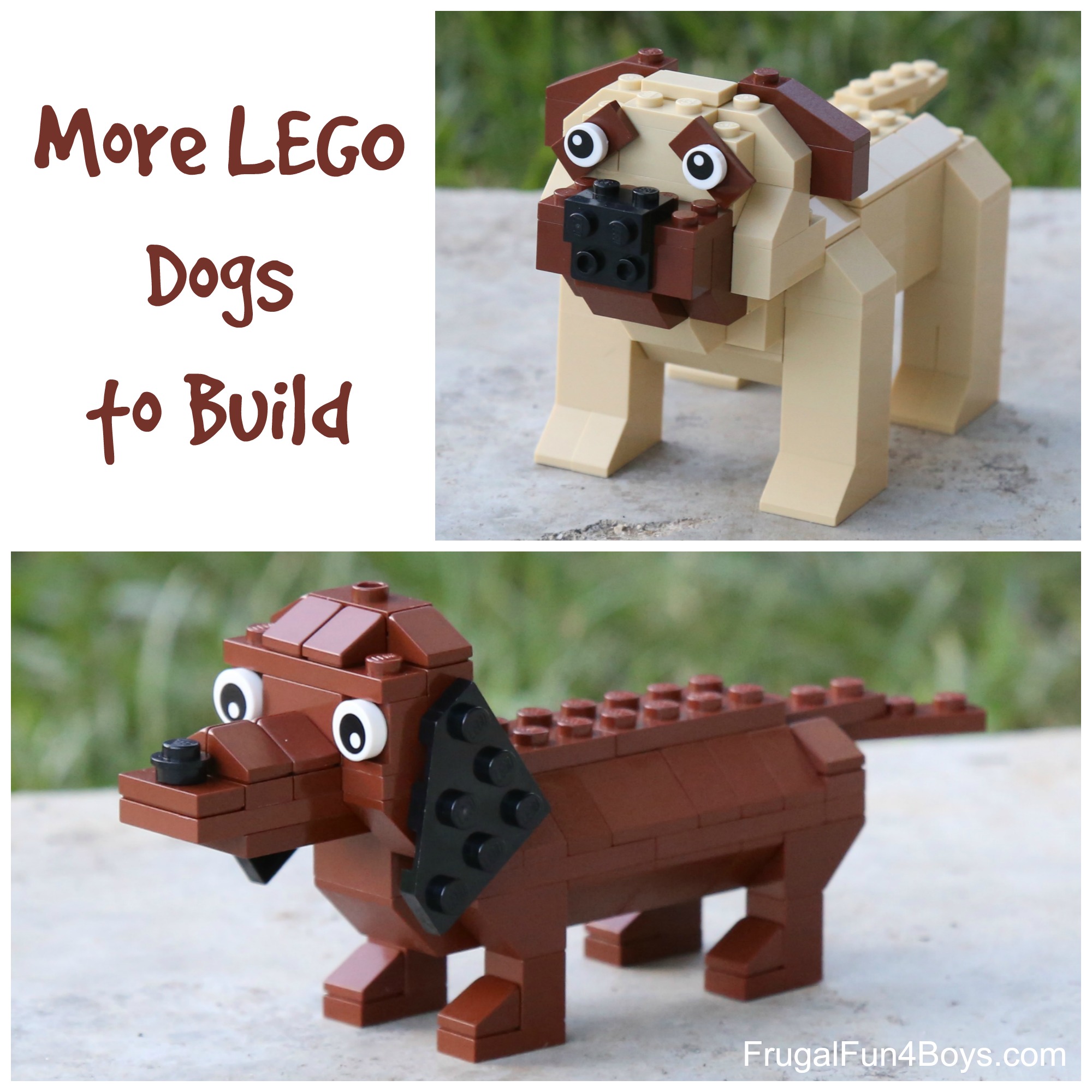