Here’s a fun LEGO® building project – construct some Ewoks! You can find step-by-step instructions below. These cute Ewoks fit well with the scale of our other Star Wars projects – R2-D2, C3P0, and Yoda.

We chose to make tan and brown Ewoks, with lime green and brown for the hood colors. Build them a fire pit and some trees for their forest home. They are so cute, and this project should be very accessible for younger kids since it uses mainly basic bricks. 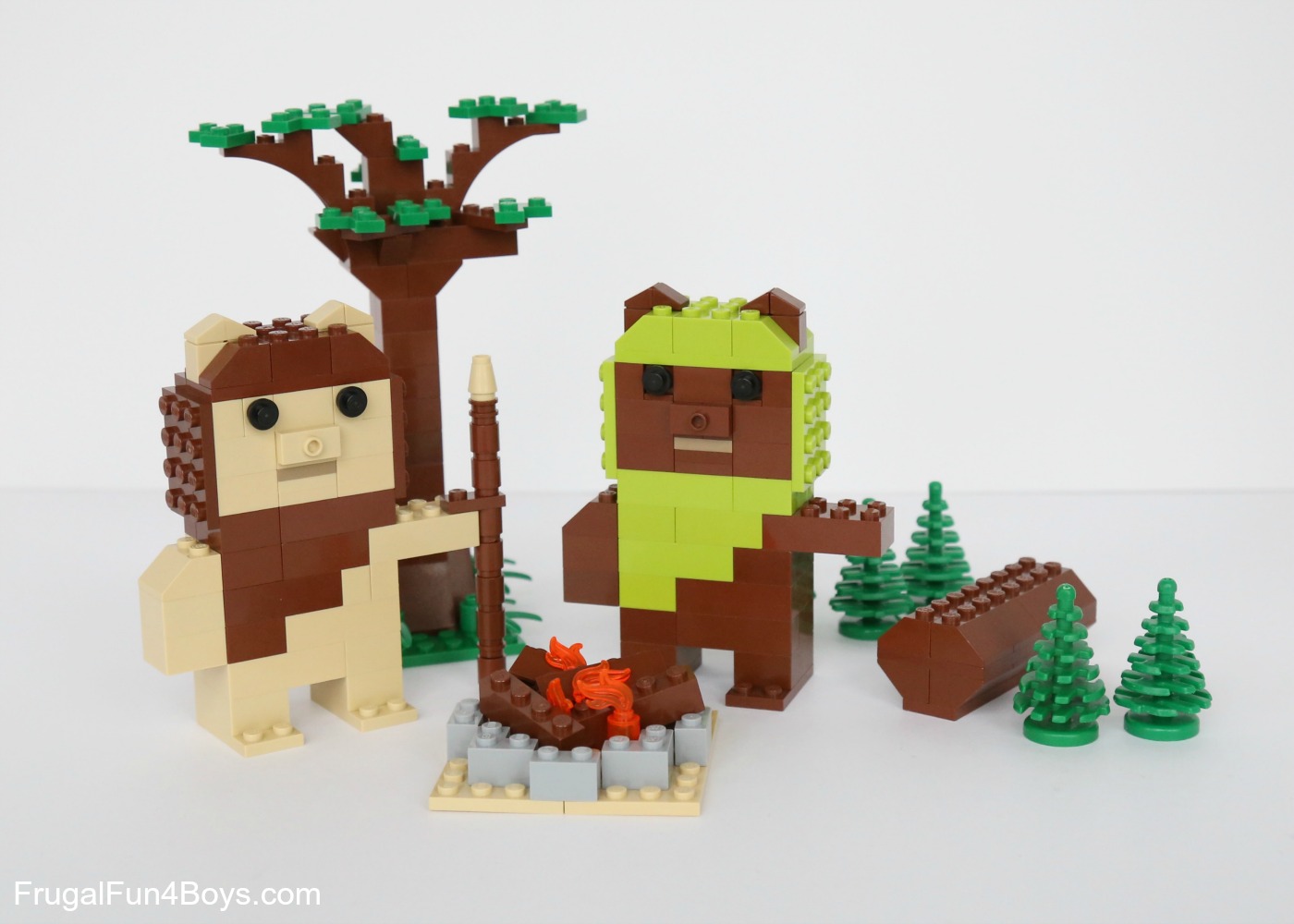 Ready to build one?

Step 1: We will start with the bottom of the head. Gather the three bricks shown. 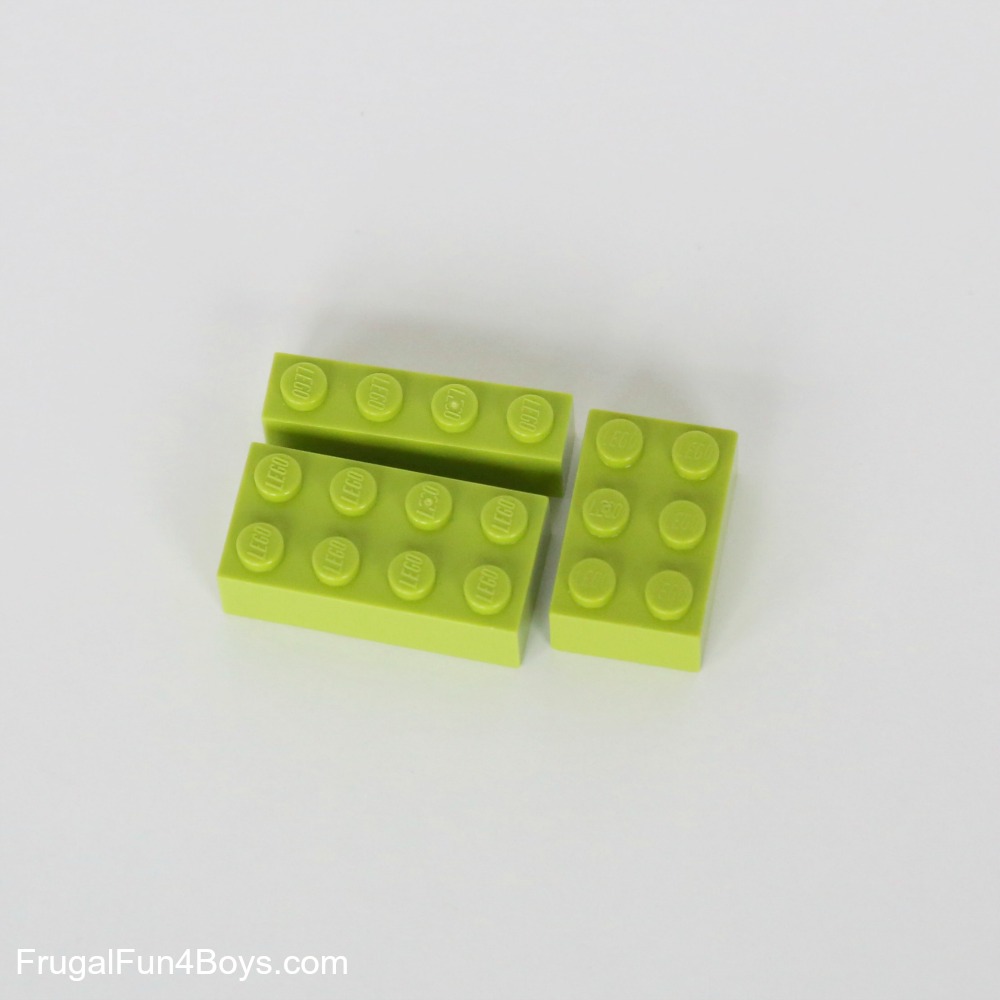 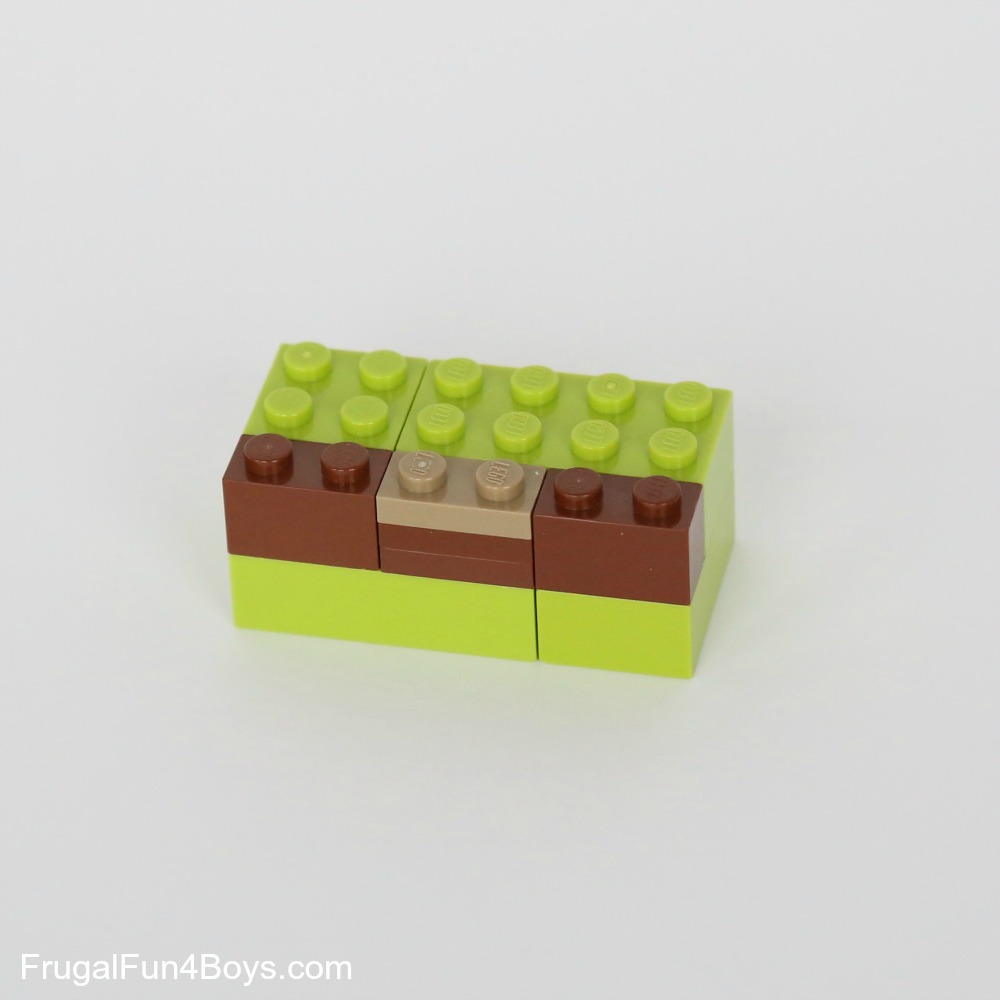 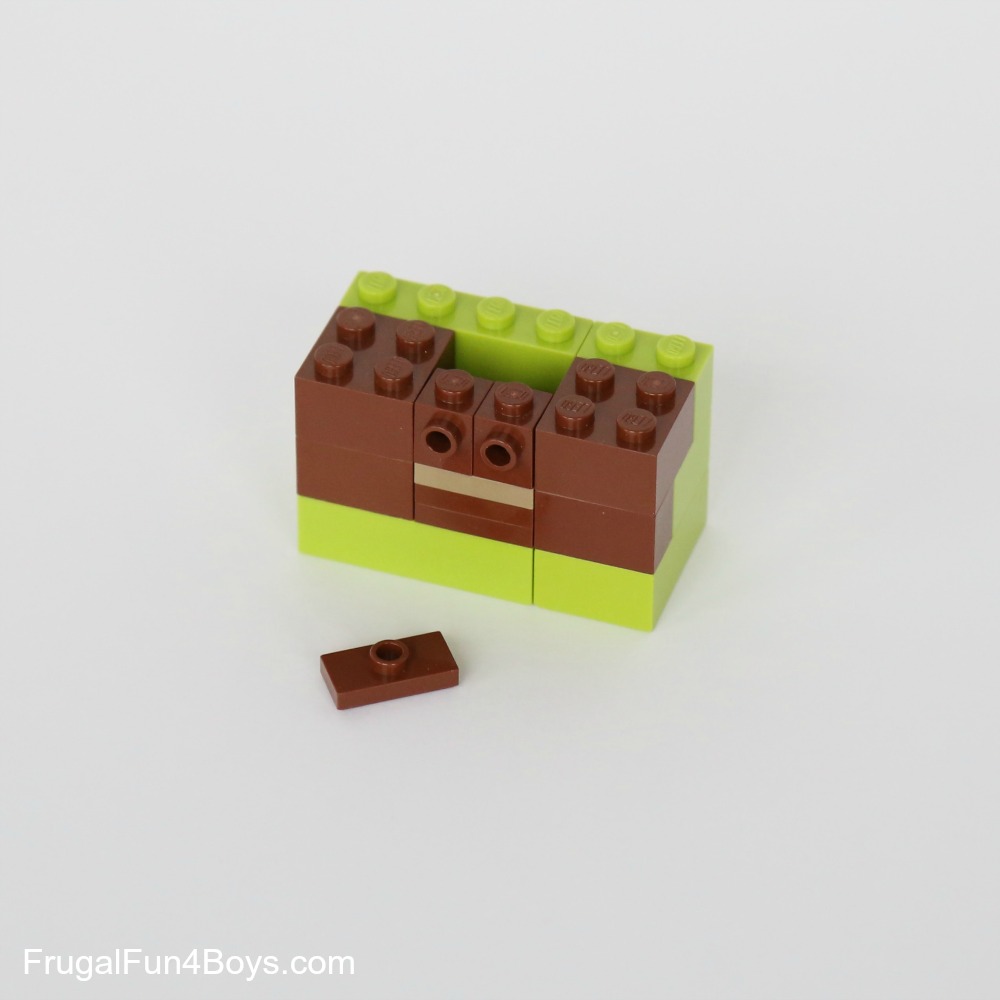 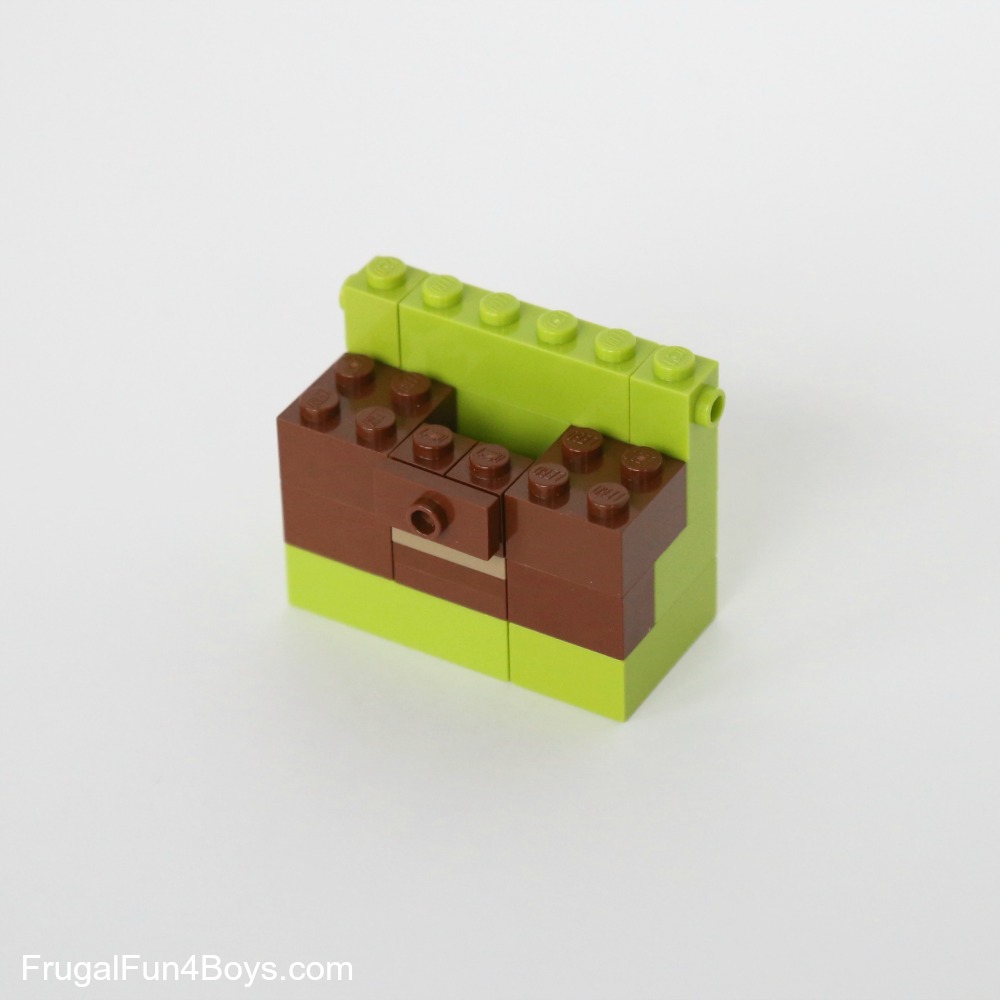 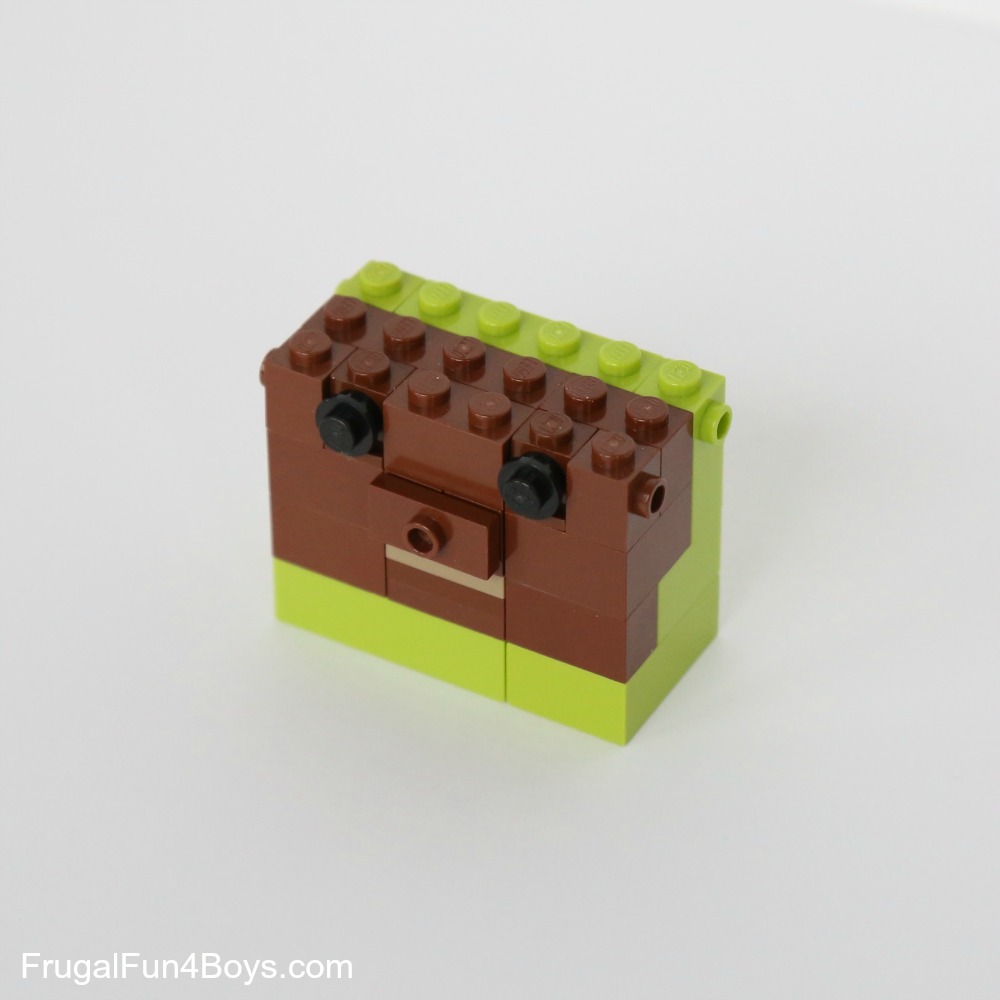 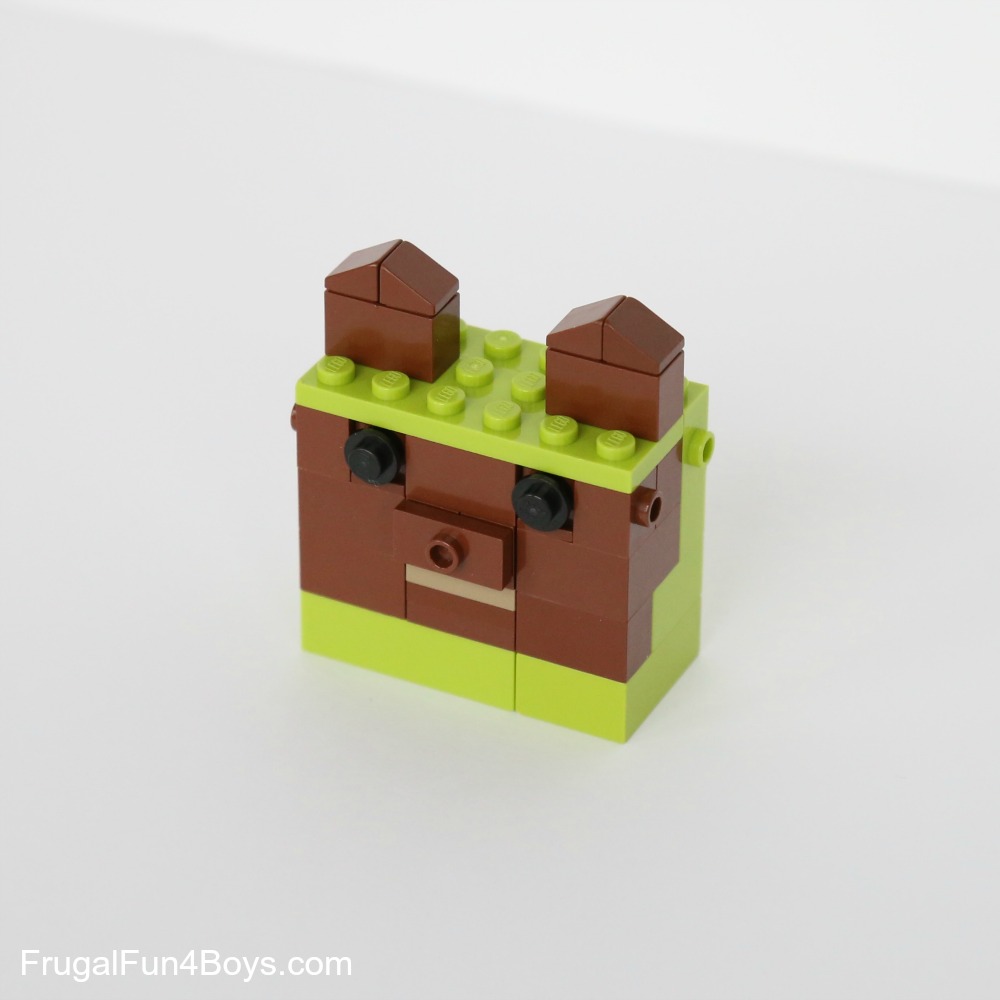 Step 7: Place a 1 x 2 lime green slope on both sides of each each. Then add lime green bricks to the middle of the head. Gather the lime green plates shown. 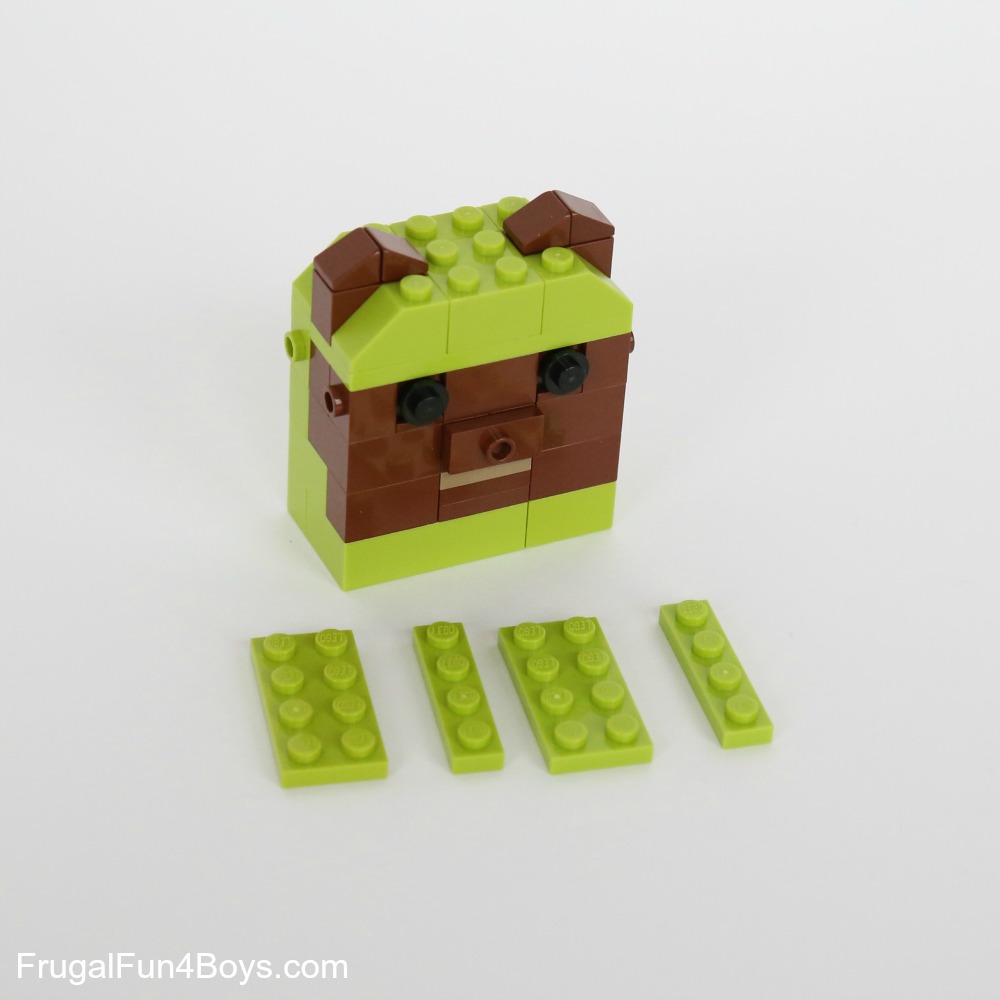 Step 8: Attach the plates to the side of the head to complete the hood. 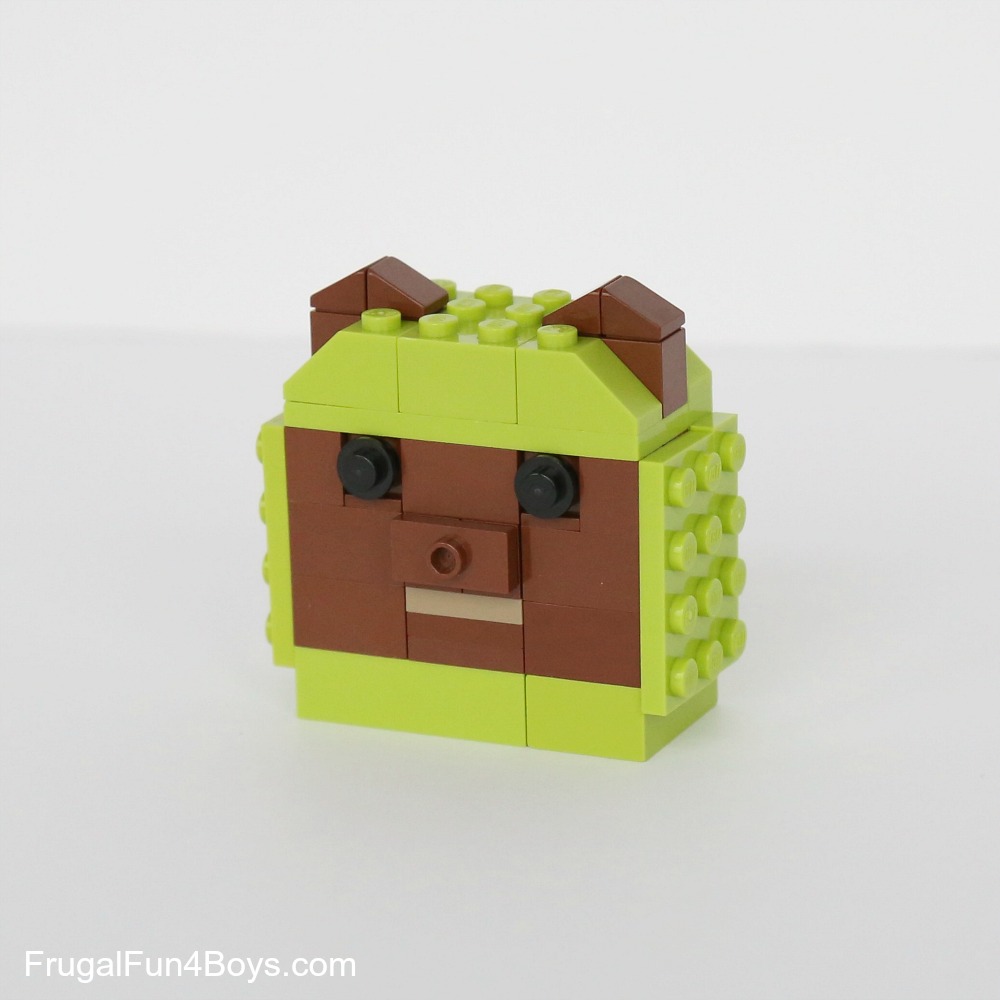 The body is just made out of basic bricks. Each foot is a 2 x 3 brown plate. We made a spear for the Ewoks to hold by stacking a bunch of round bricks. 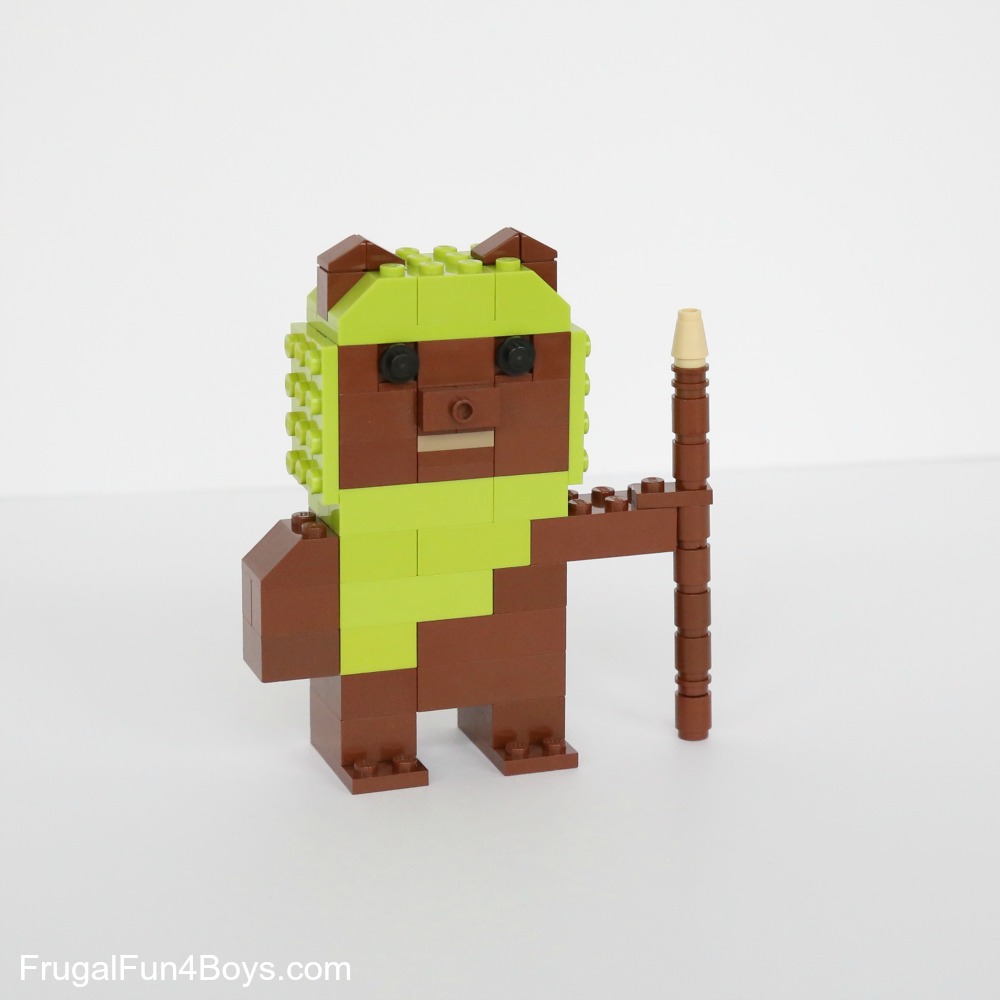 Once you have finished one Ewok, try making another one in a different color! 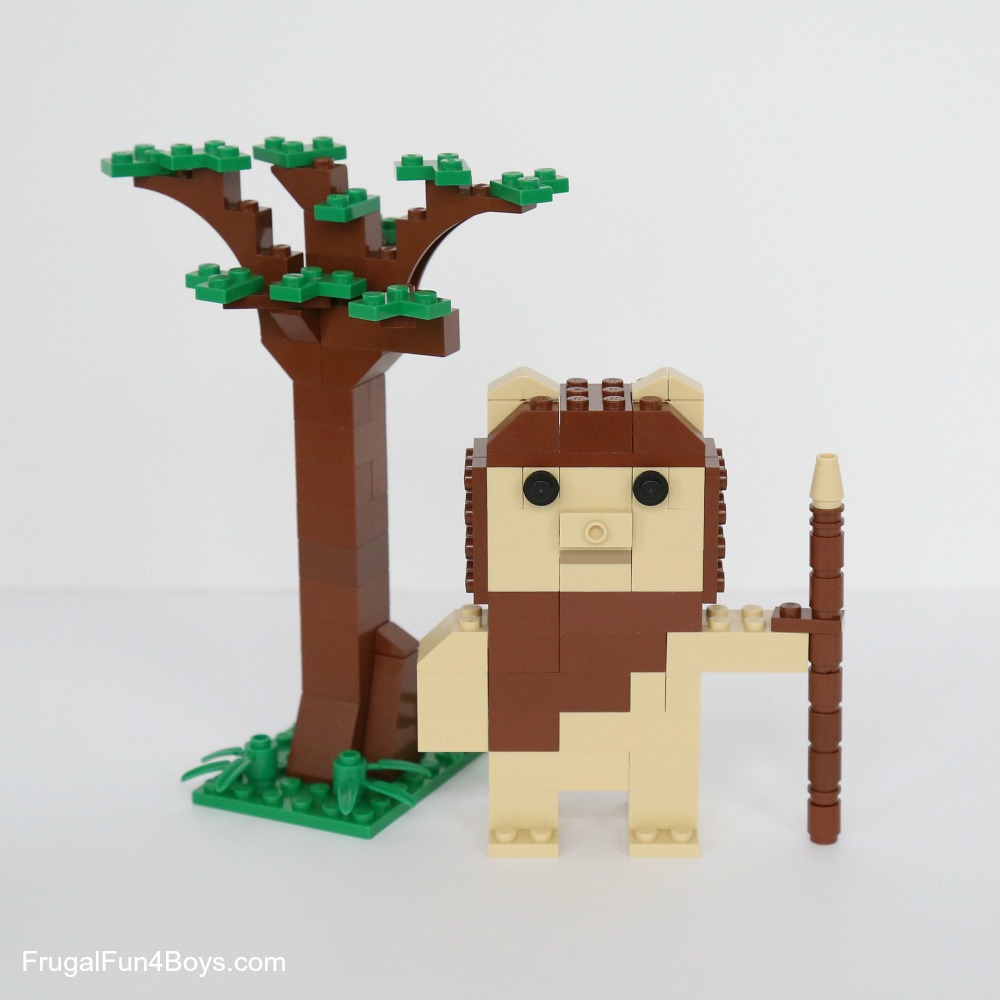 Have fun building! Here are our other Star Wars LEGO® Projects:

LEGO® is a trademark of the LEGO group of companies which does not sponsor, authorize, or endorse this site. 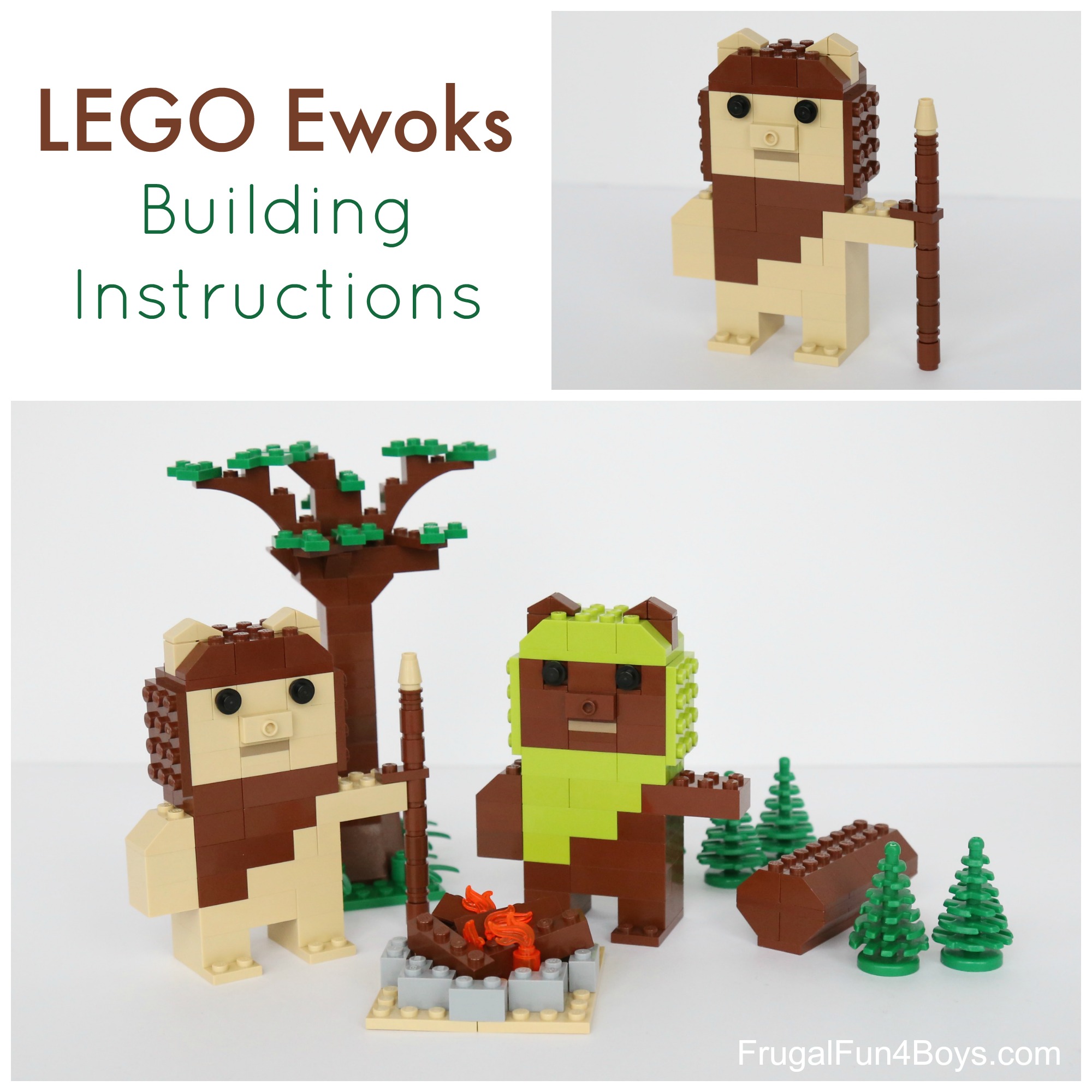