It’s time for LEGO® Fun Friday! LEGO® Fun Friday is a twice-a-month feature on Frugal Fun for Boys. Each time, I share a LEGO® building challenge for kids and give you the opportunity to link up your LEGO® posts. If you don’t have a blog (or don’t blog about LEGO®’s) and your kids want to share photos of their LEGO® challenge creations, you can share photos on the Frugal Fun for Boys Facebook page.

The challenge for this week was to build a balloon powered LEGO® car. Thank you to The Crafty Mummy for the inspiration for this building challenge! 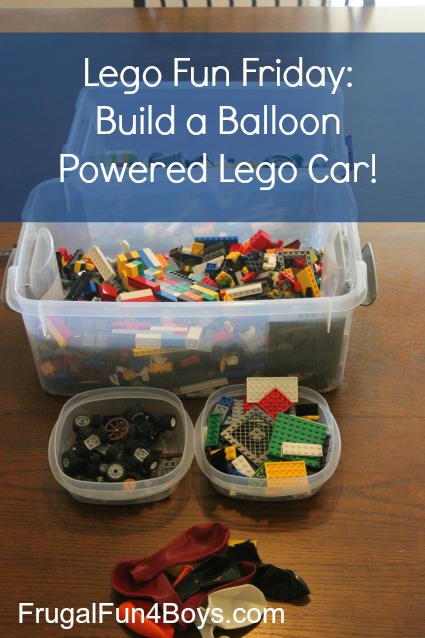 We did our challenge this week as a playdate with friends, and it worked very well. We invited another family of four boys to join us, so that made EIGHT boys at our house! (It was really not that loud, in case you’re wondering! Just a lot of burping 🙂 )

Before our friends came, we separated out our wheels and flat pieces so that it would be easy to find parts without everyone having to dig through the same tub.

This was the basic design that the boys used: 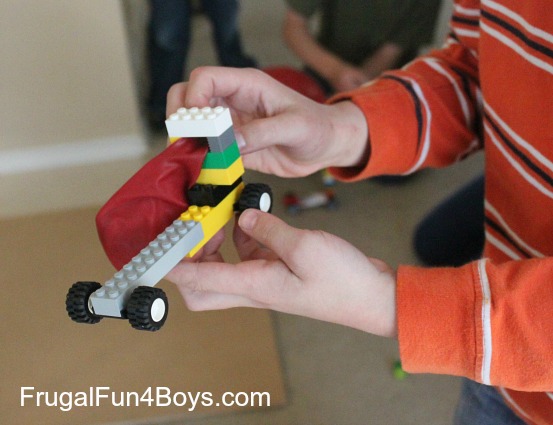 We had a little trouble with the cars getting rolling on our bumpy tile, so we put down a Thomas the train playboard to start them on. Then most cars rolled off the board and onto the floor!

It was hilarious watching them blow up the balloon attached to the car! 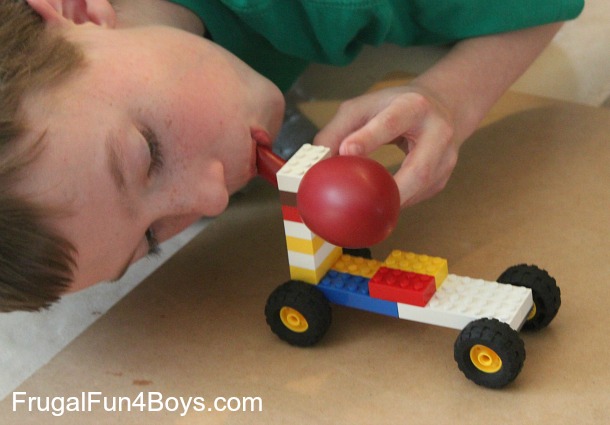 And racing the cars was fun! 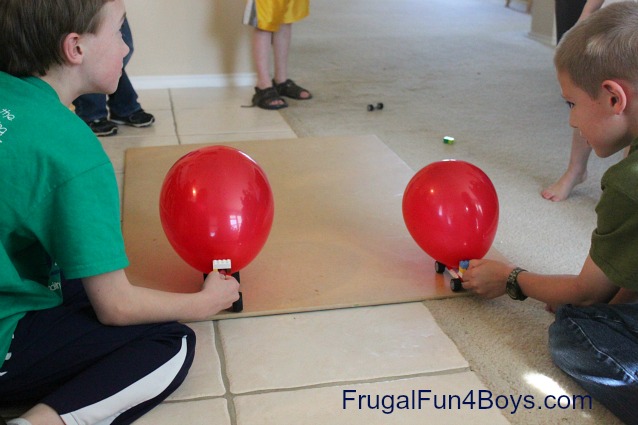 We had boys age 4 years old through 11 years old at our house, and everyone had fun building cars. Our four year old friend was very focused on getting his car just right! 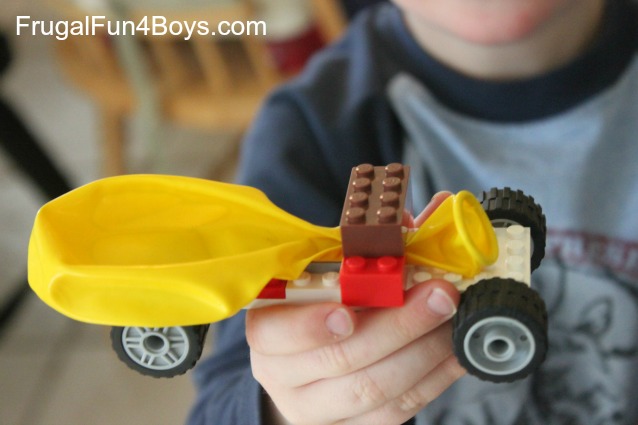 The farthest distance traveled by a balloon powered car was 12 feet 3 inches!

The boys discovered that the design of the car needed to hold the balloon up high enough that it did not touch the wheels. Otherwise, the balloon rubbing against the wheels created too much friction.

The best designs had a good balance of stability and light weight, as the heavier cars had a harder time getting started.

Some of the cars did hilarious tricks – like driving on the back two wheels or going in a circle. By the end, the boys said their cheeks hurt – from so much laughing and so much blowing up balloons!

But first, the next LEGO® Fun Friday will be April 26th, and the challenge will be to build a sea creature. Since we’ve done a few “engineering” type challenges lately, my imaginative child requested a chance to build animals. So sea creatures it is!