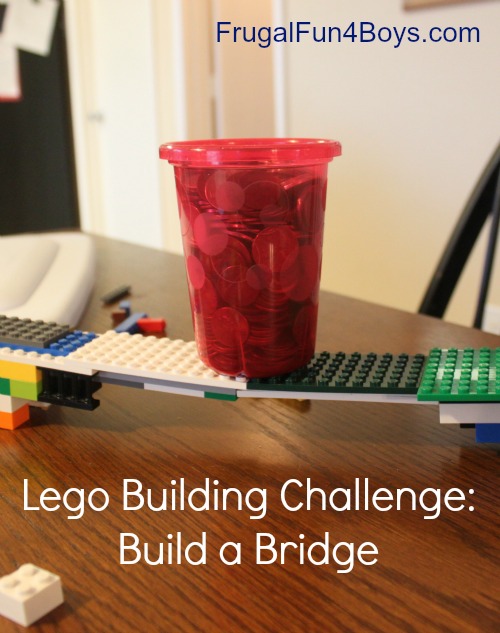 This is the building challenge for today (announced at the end of the last Lego Fun Friday post):

We had a lot of fun building bridges at our house!

Aidan decided to build a bridge that would span the distance between our kitchen island and the counter. Building a bridge this long required him to scour his room and the game room looking for every possible flat brick to use in his creation.

After some work, he managed to make the bridge long enough, but it didn’t have enough weight on the ends to hold it up. (It did, however, make a fun place for 1-year-old Jonathan to walk under!) 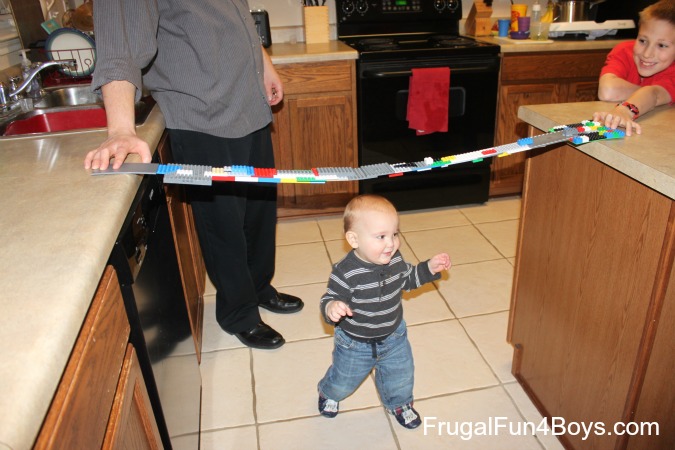 He wasn’t ready to give up! He and I worked together to build some towers on the ends. We finally had enough weight on the edges to support the weight of the bridge: 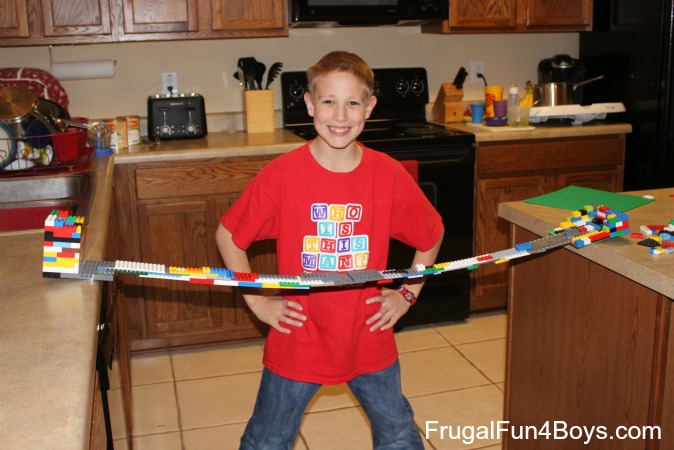 We didn’t even attempt to put any weight on this bridge – it’s a miracle it held up long enough to take the picture! But it was fun to be able to say we did it!

I didn’t get a picture of Gresham’s bridge. He’s the type of guy who keeps building and re-building, and his final design was beautiful but didn’t have a flat area to test to see how much weight it could hold.

Owen (age 3) built a remarkably strong bridge. We were all amazed! 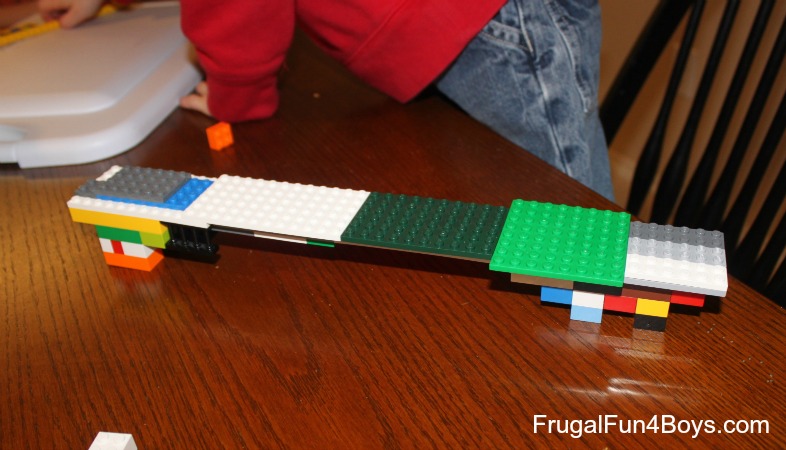 We started putting pennies in a cup to see how many pennies the bridge could hold. It quickly became obvious that it was going to hold a LOT of pennies, so we started adding them 10 at a time. 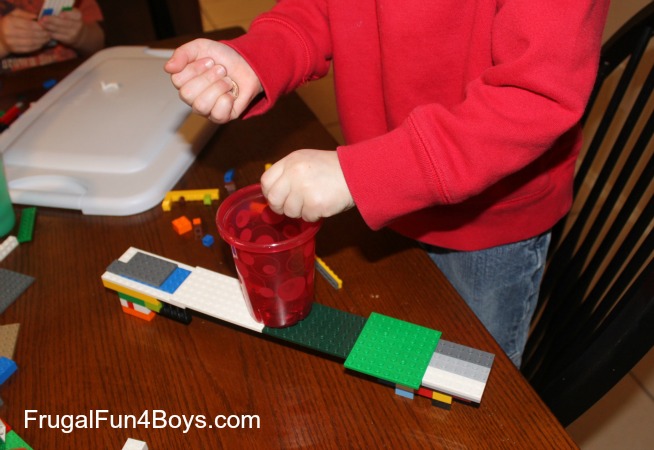 We ran out of pennies at about 230, and added the rest of the change in our change jar. The bridge kept on holding! 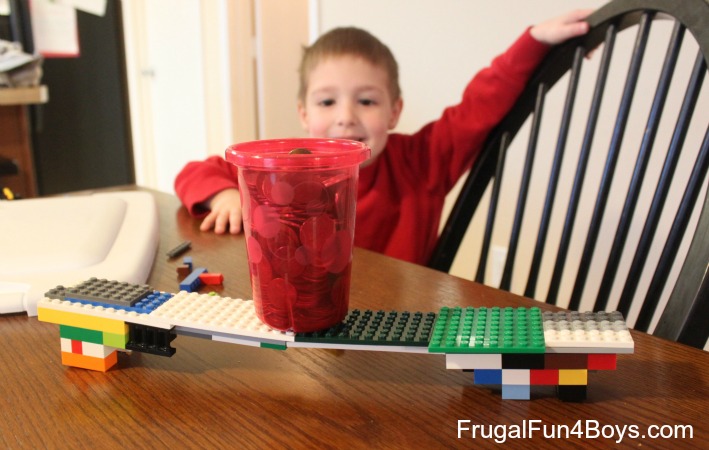 We needed something to add for more weight – so we added an unopened jelly jar! The bridge was starting to come apart by this point, but it didn’t collapse! We were all impressed at how strong Owen’s bridge was, and how strong LEGO®’s are. Aidan kept saying, “I cannot believe that a 3 year old built a bridge that strong!” 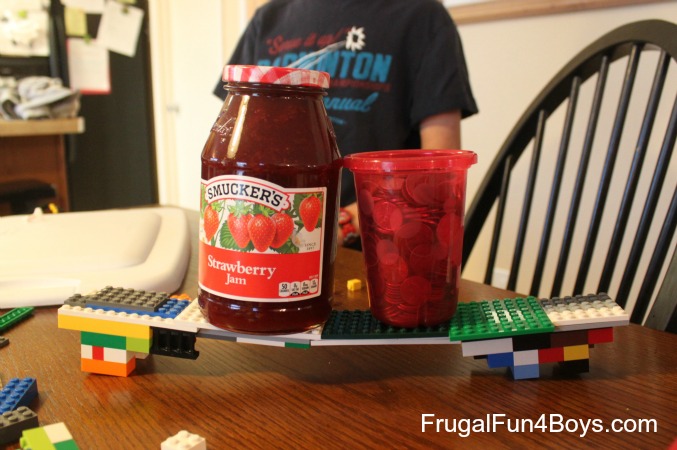 Now it’s your turn! If your kids did the bridge building challenge, link up a post about it, or if you don’t have a blog (or don’t blog about LEGO®’s), feel free to share photos on the Frugal Fun for Boys Facebook page on Friday or Saturday. Post link-ups can also be any LEGO® activity or kid-generated LEGO® design.

The next LEGO® Fun Friday will be Friday March 1st. The building challenge for March 1st is to build an amazing flying vehicle – plane, spaceship, rocket, etc. This is a challenge that even the littlest builders can take part in!