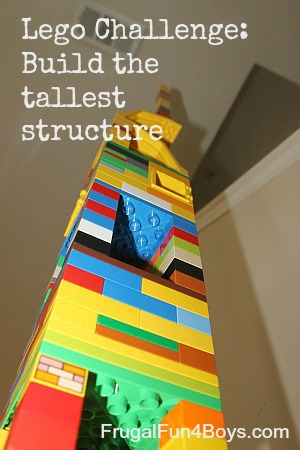 Did your kids have fun building tall LEGO® structures this week? We had a great time at our house. We ended up using Duplos exclusively because they offer the potential of so much more height.

I helped Gresham and Owen build their tower, and we were able to build one that was 5 ft. 10 inches! (Taller than me by quit a bit, and even a smidge taller than Daddy!) Gresham had the idea of doing a pattern at the top – small block, large block, small block, etc. 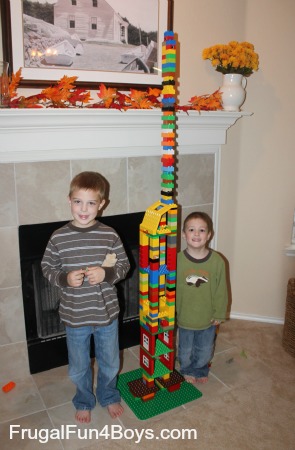 The tower did not last long at all (especially the top part!), but in the few minutes that it was standing, it was fun to put toy animals into the various “floors.” 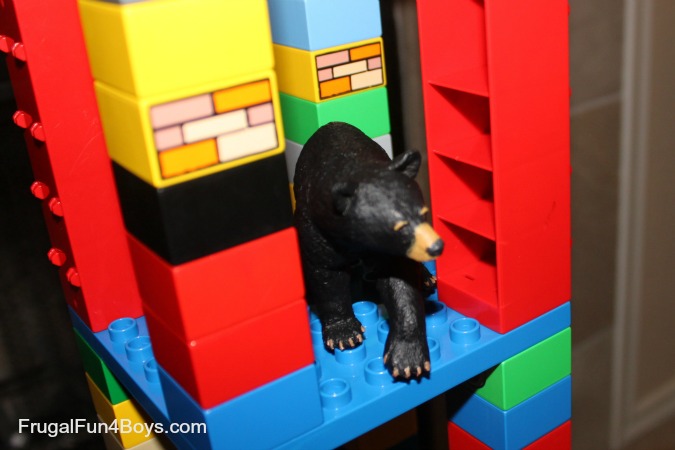 Aidan then had to prove that he could build a tower that was taller than the one that we built. With the help of a step stool, he was able to get his tower almost to the ceiling! 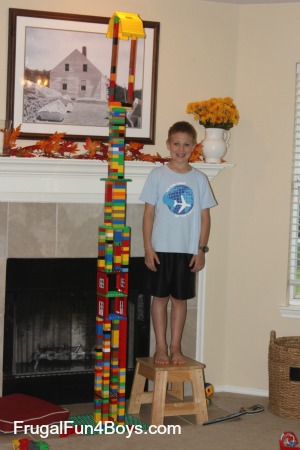 Here’s a little more of the room for scale: 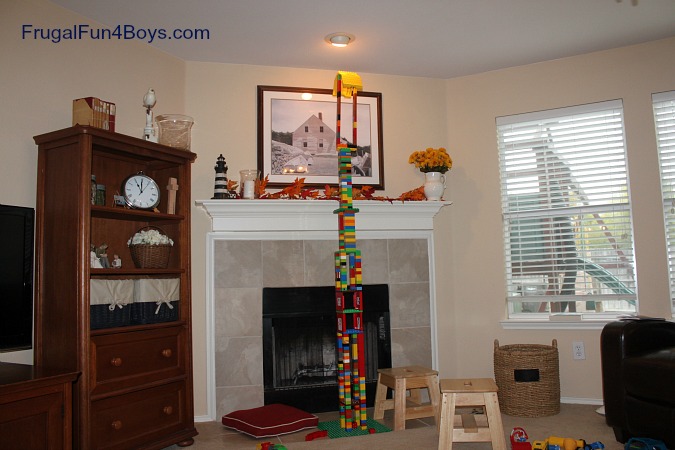 Now it’s your turn! What did your kids build with LEGO®s this week? Feel free to link up any kid-generated LEGO® designs or a LEGO® learning activity!