Learn the Concept of Multiplication by Building with LEGO® Bricks!

(If you’re looking for addition, check out our LEGO Addition Mats!)

For this game, you’ll need some basic LEGO® bricks (be sure to collect plenty of small ones) and a baseplate. Then just print the recording sheet from the bottom of this page. We prefer to laminate our math activities – then we can use a dry erase marker and do them over and over.

Here’s how the activity works:

In the example below, a 2 and a 6 were rolled. The student should then build a rectangle that is 2 studs by 6 studs. 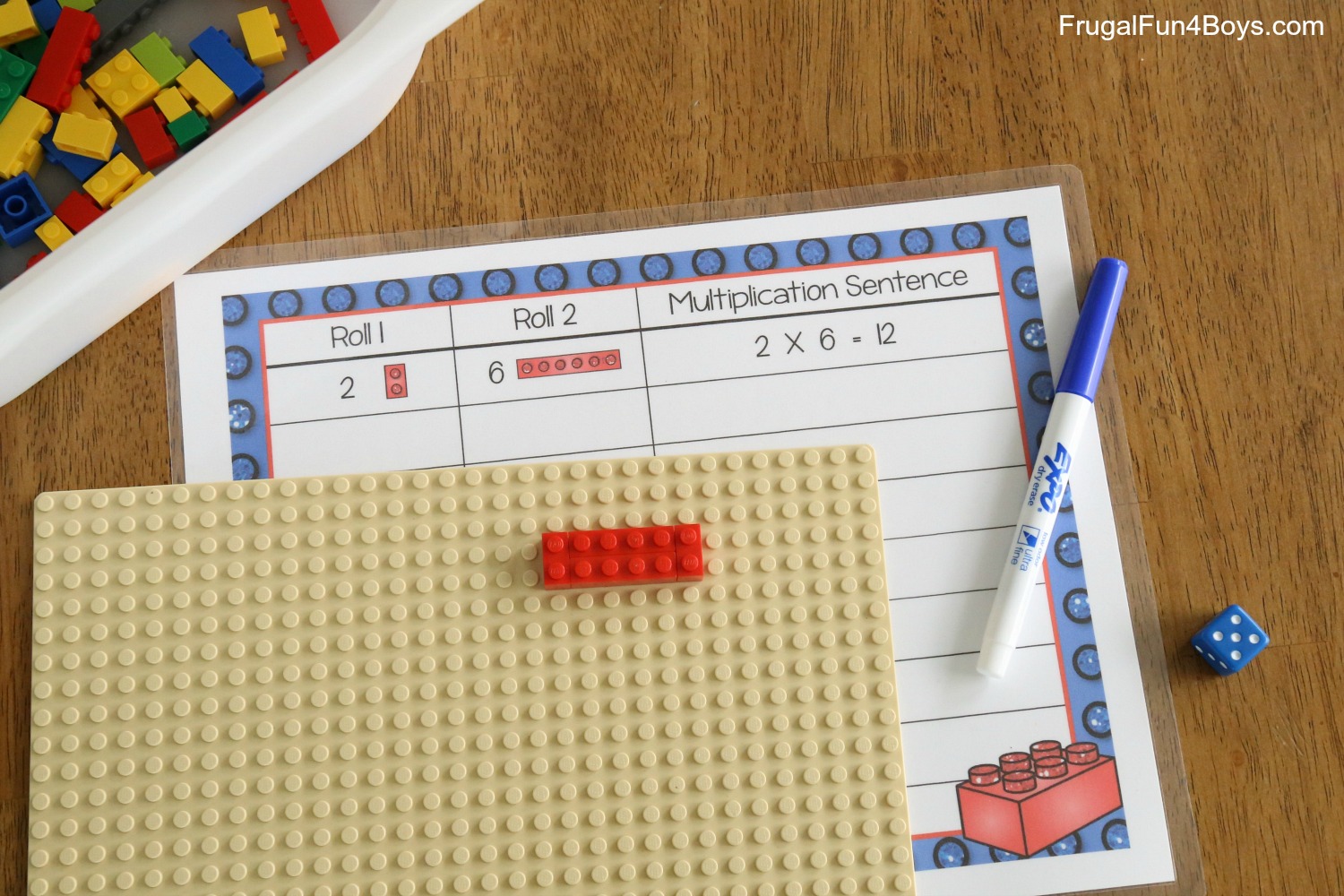 Use one die for students who are just beginning to learn about multiplication. Then progress to two dice or a 12 sided math die. 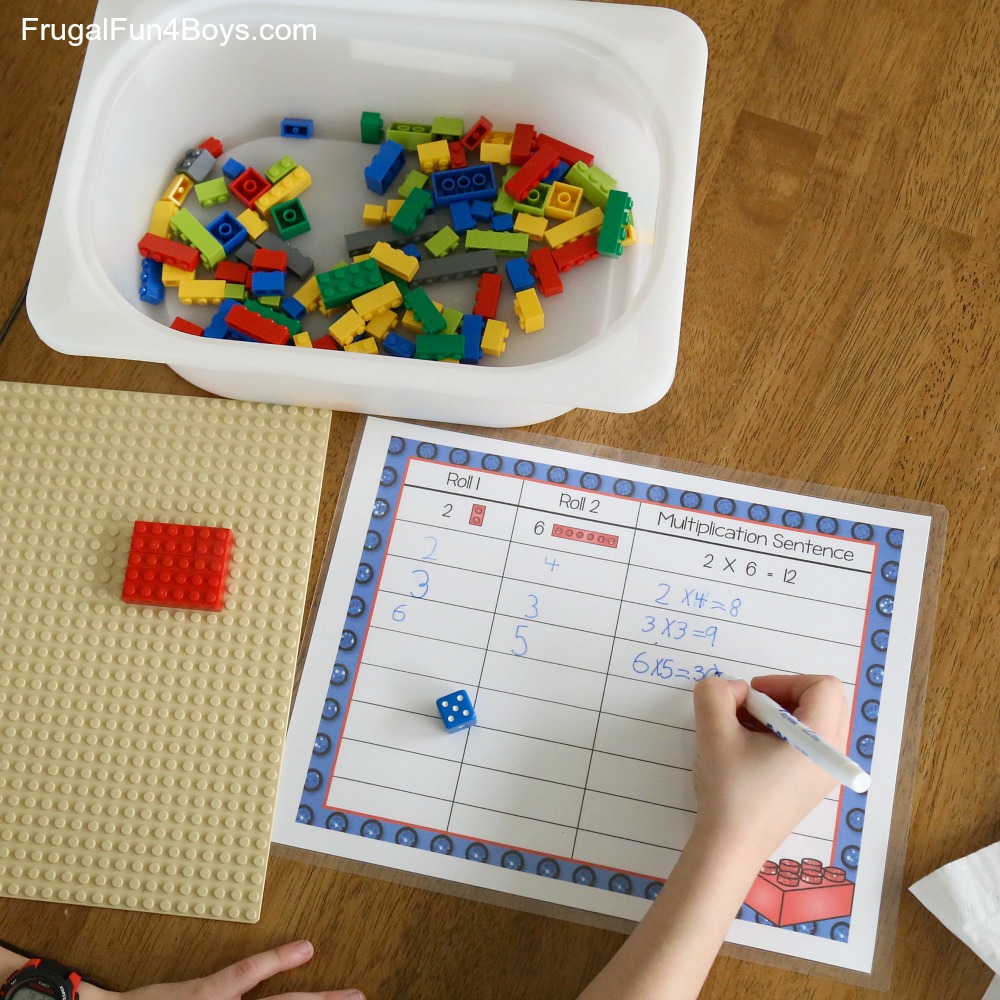 Building the rectangle in one solid color might make it easier for kids to picture the concept of multiplication because it helps keep the focus on the number of studs rather than on the number of bricks. But do whatever works for you!

We used different colors to explore the fact that three fours are equal to four groups of three. Such a great way to visualize this concept! 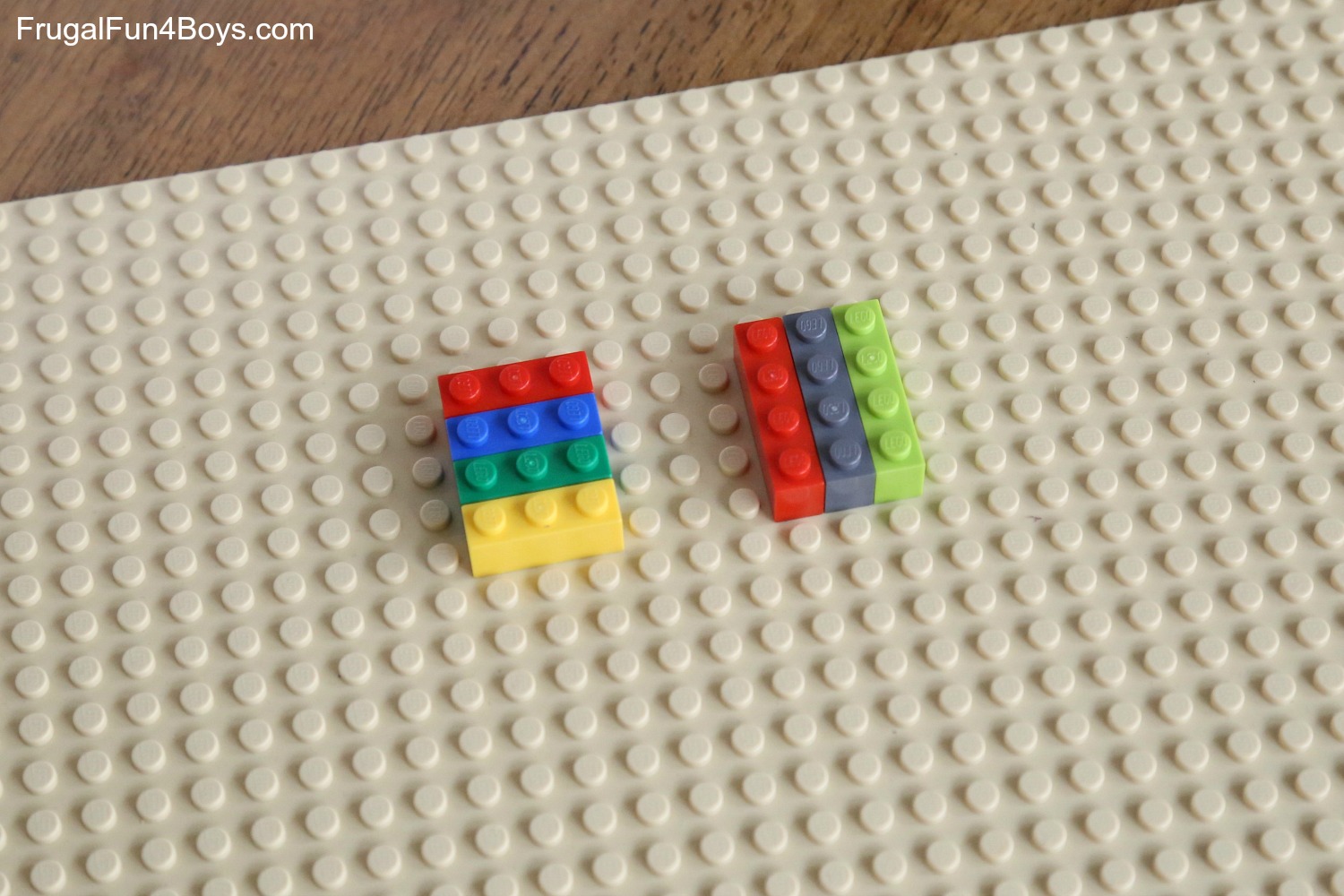 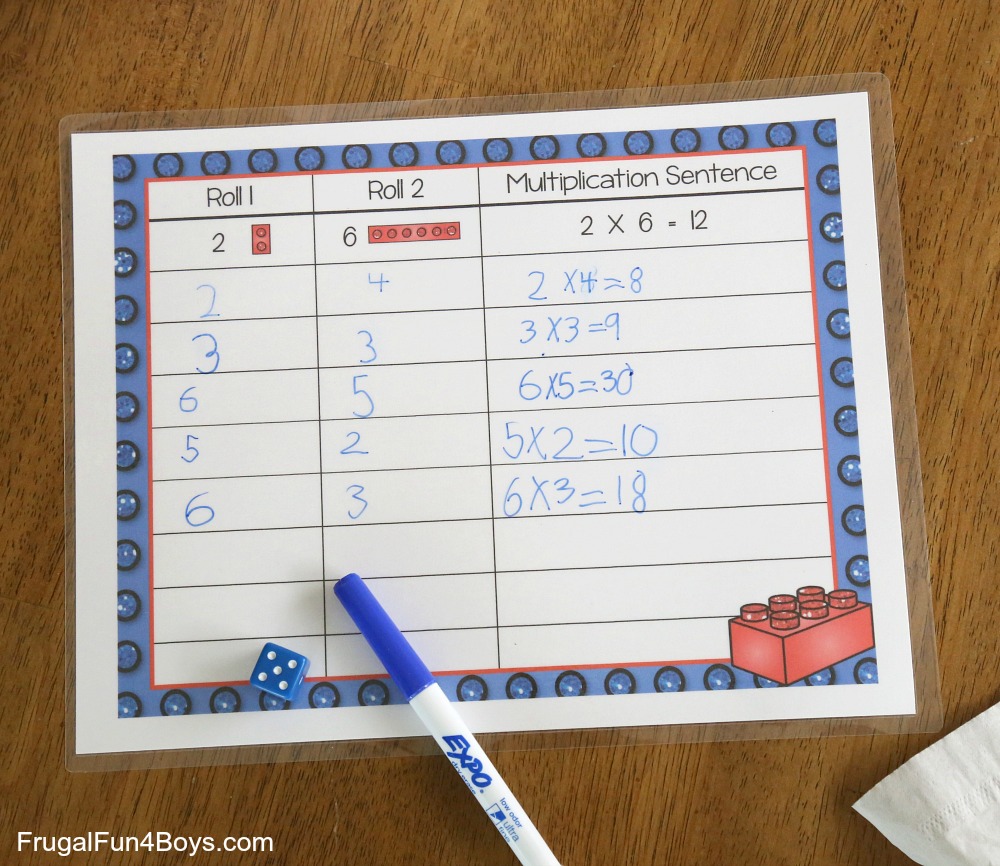