This LEGO® nativity is part of our Five (More!) LEGO Christmas Projects to Build, but since the instructions were getting a little lengthy, I decided to give the how-to part its own post! 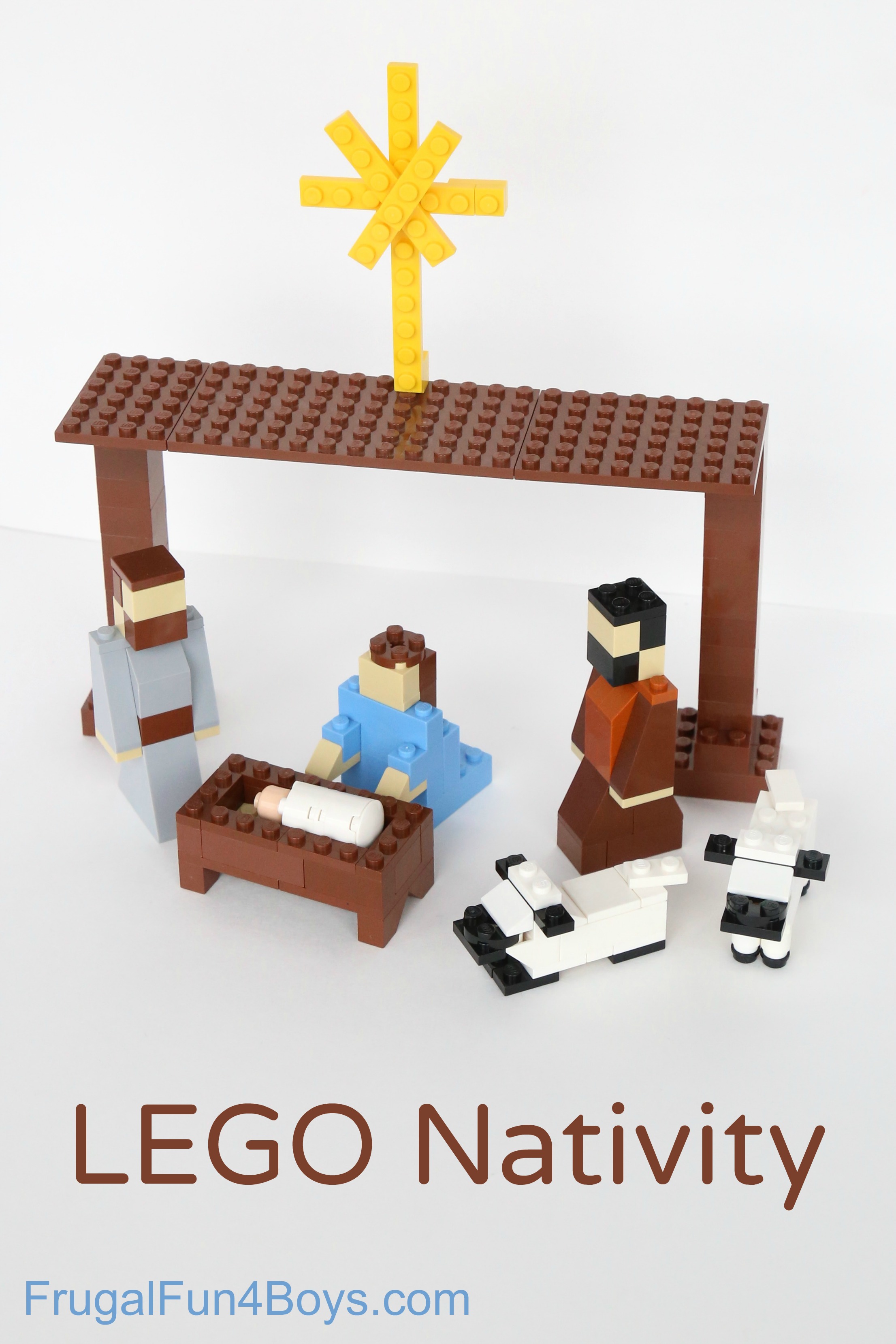 For this nativity display, I chose to make the figures without faces.  We tried using the eyes that come with the new LEGO® Classic tubs, and they just seemed too goofy.  Even though we were using LEGO®, I still want to keep the nativity scene something that the boys take seriously.

We built Mary, Joseph, baby Jesus in the manger, and a shepherd with two sheep.  The wise men weren’t technically at the manger the night of his birth, so I didn’t build those (although you could certainly add them – they’re in many nativity scenes!).  A donkey would be fun to add or maybe another stable animal. 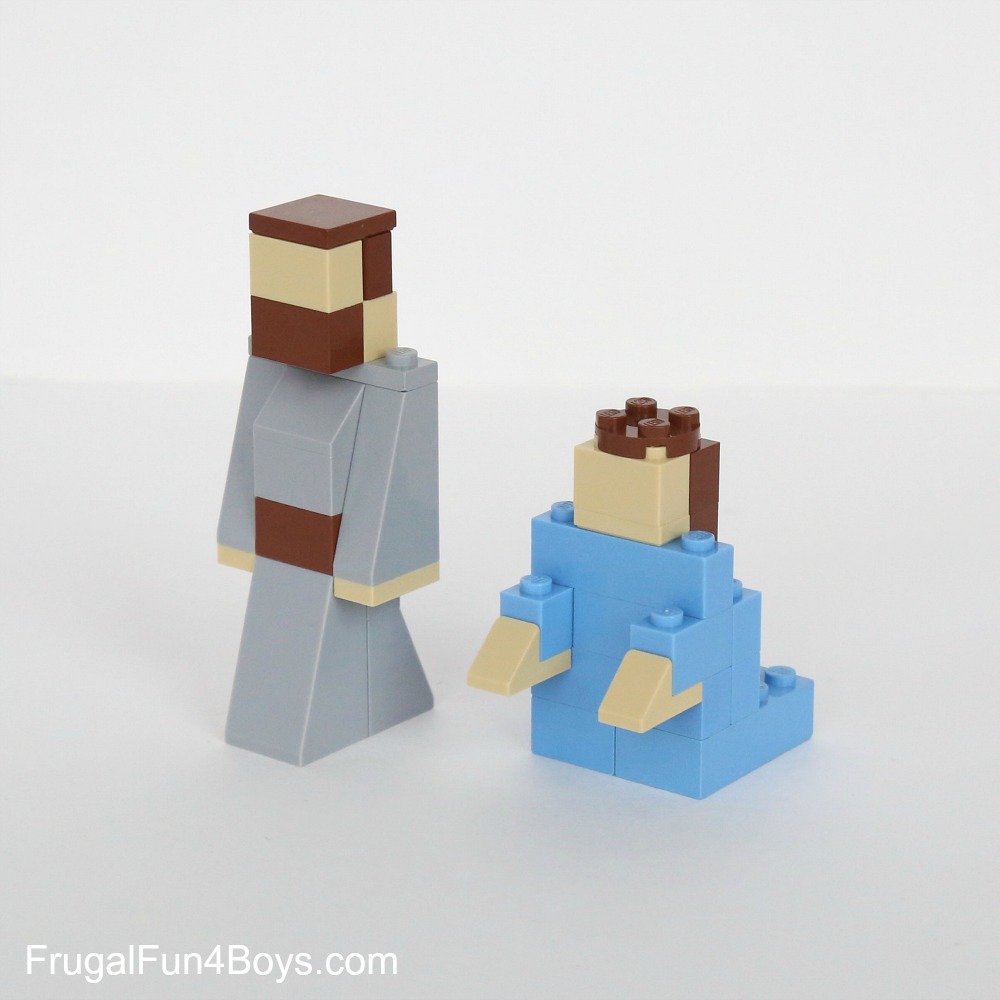 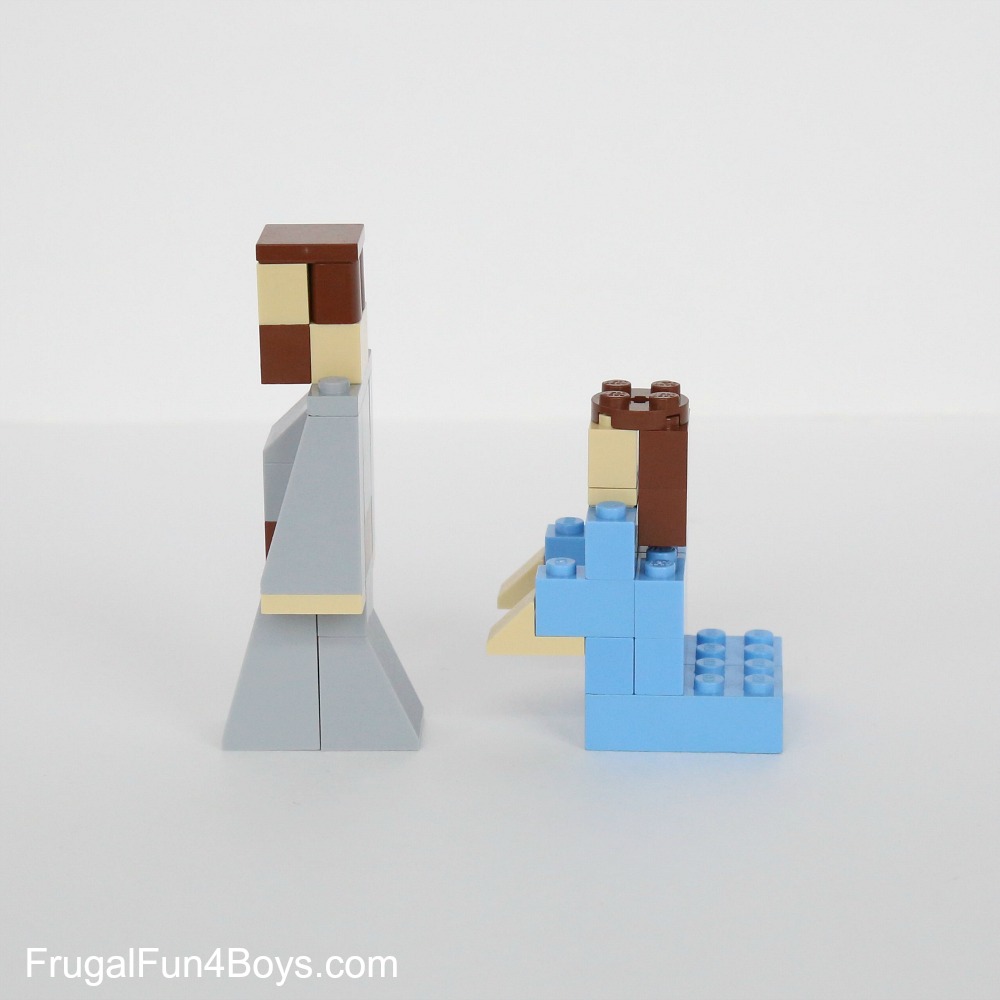 Baby Jesus in the Manger 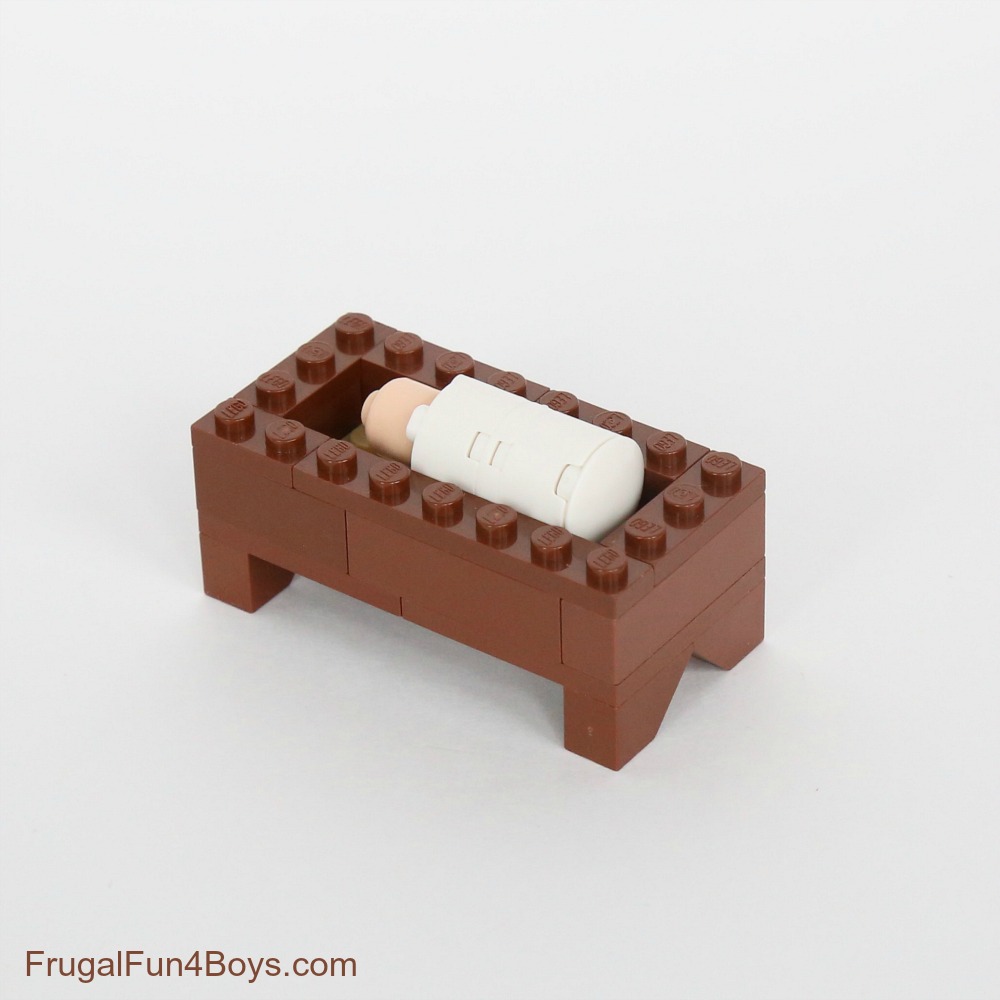 This shows the pieces that we used for baby Jesus.  We used a regular minifigure head, turned backwards to show the blank side, three round 2 x 2 bricks, and a 2 x 2 plate with a rounded bottom. 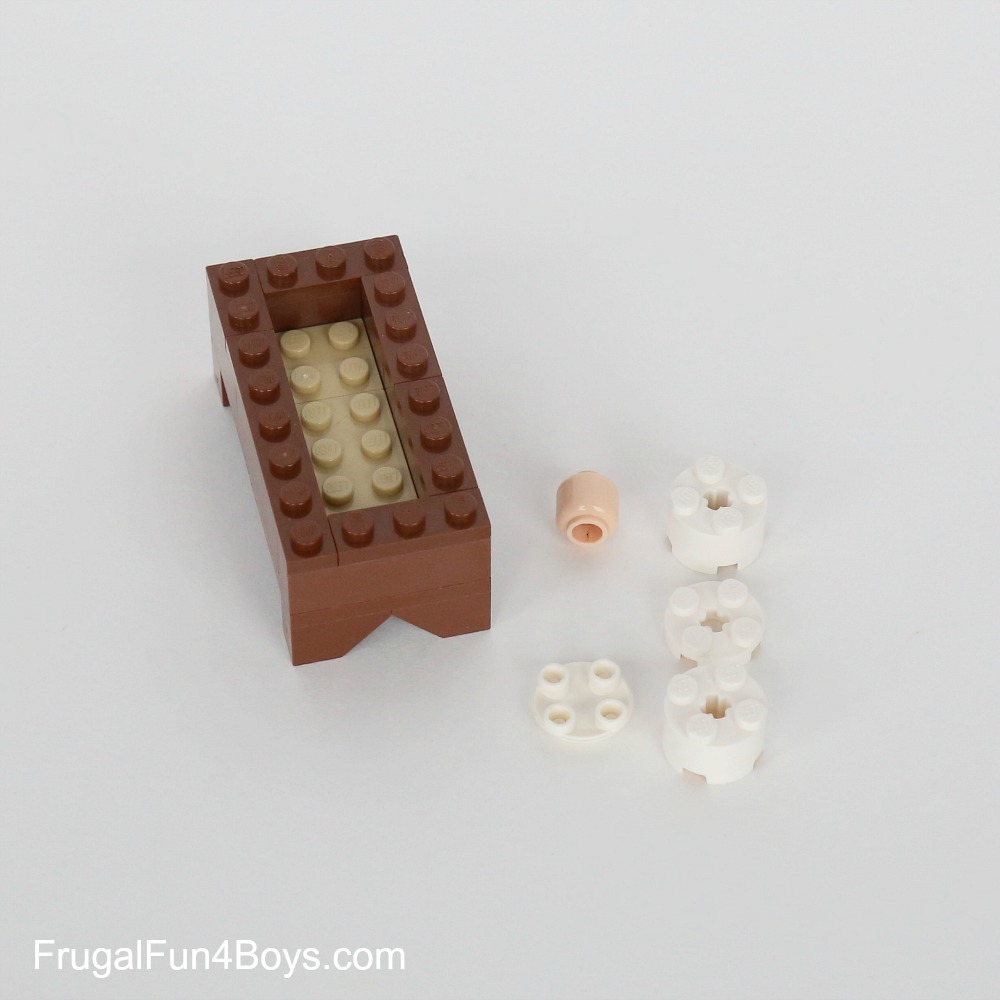 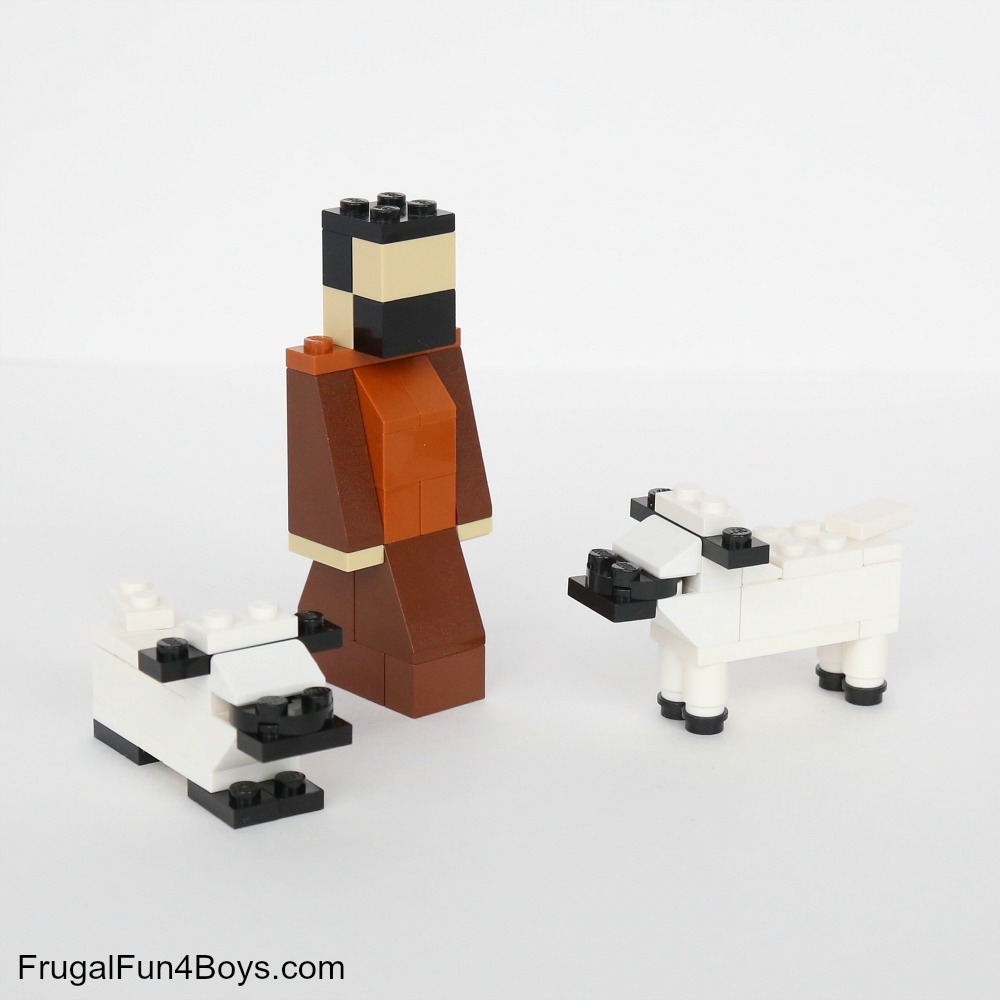 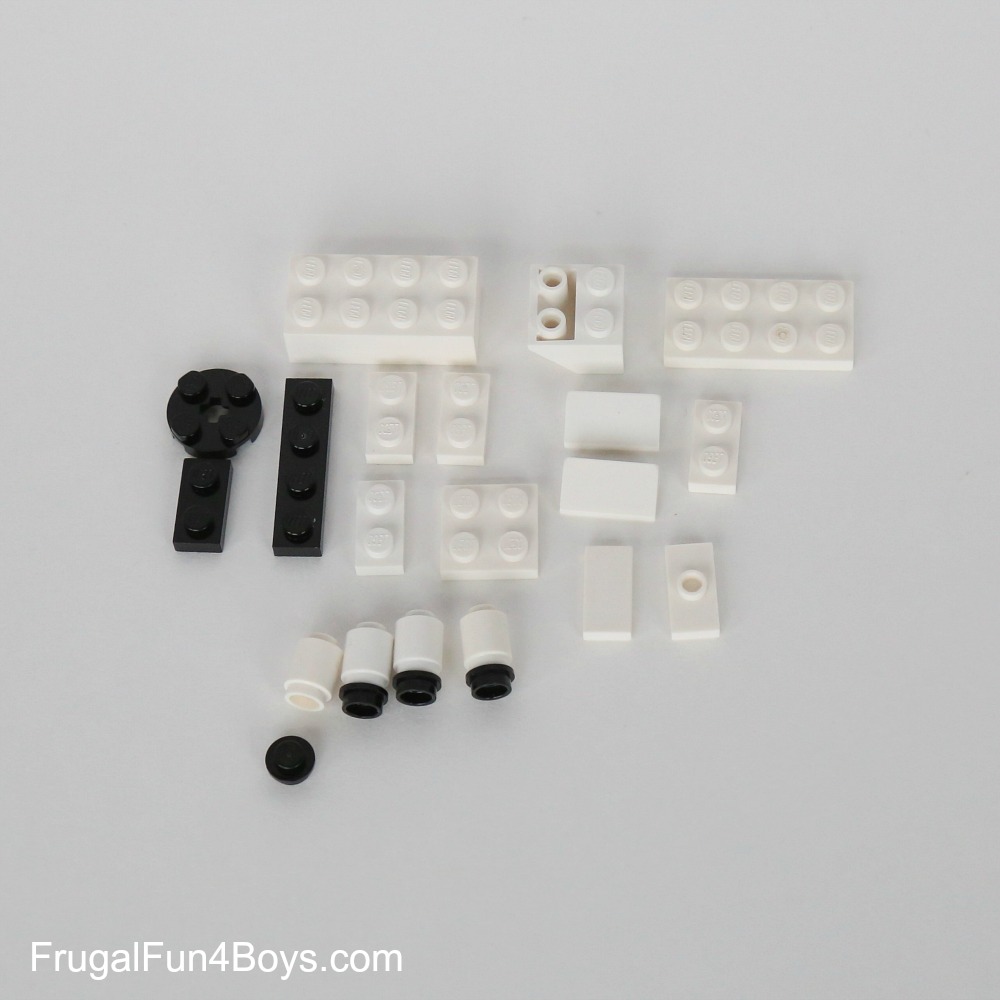 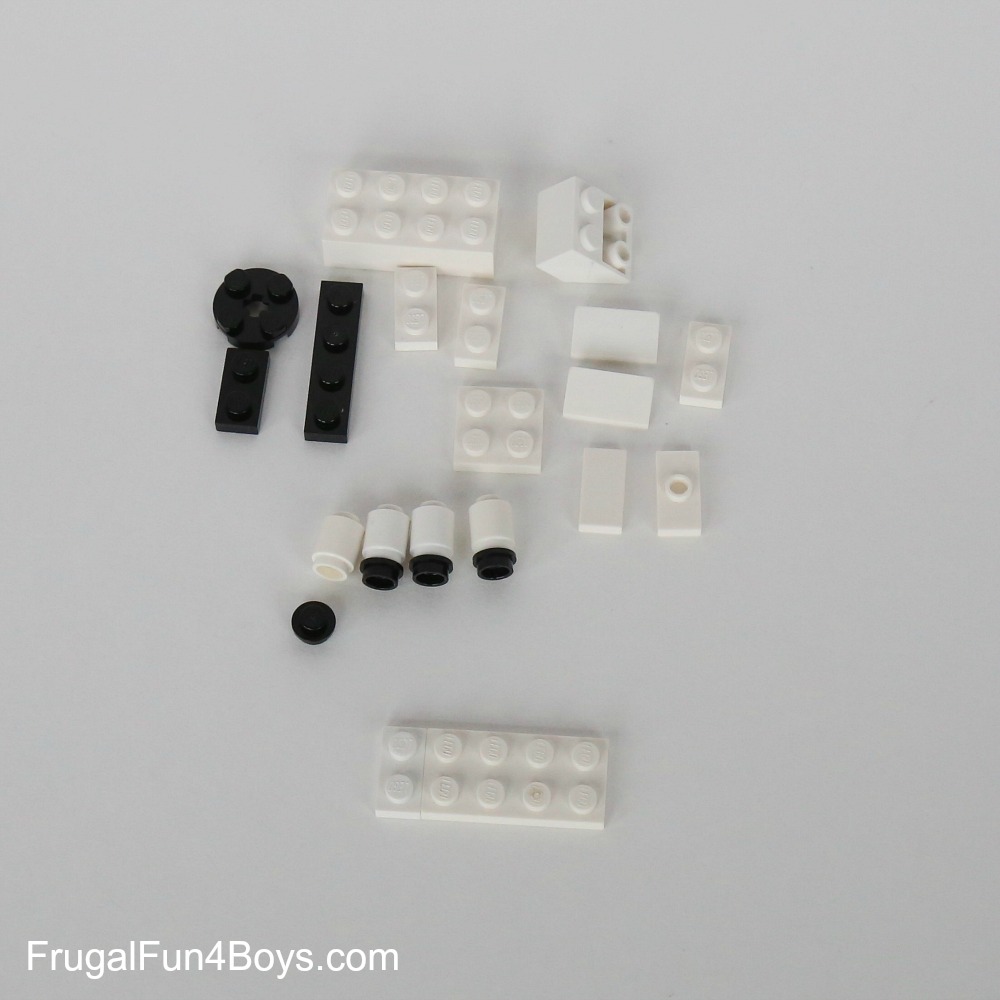 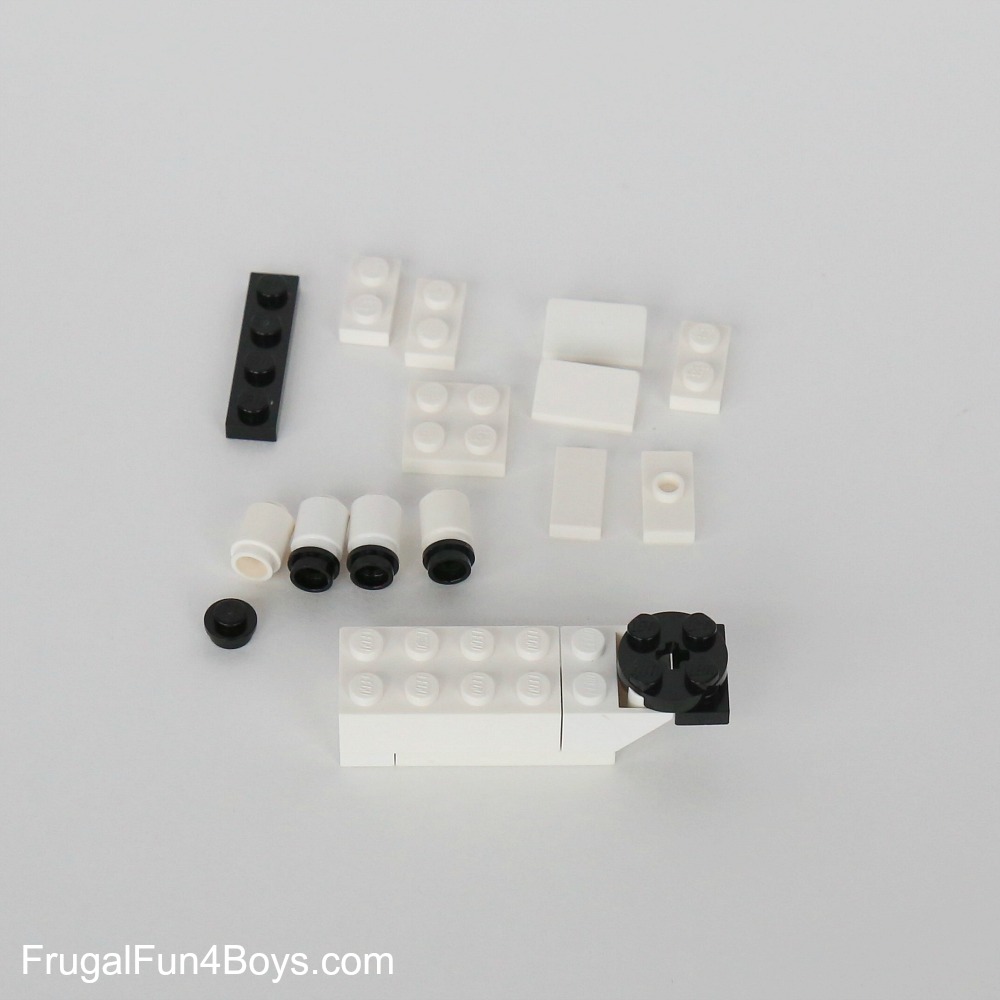 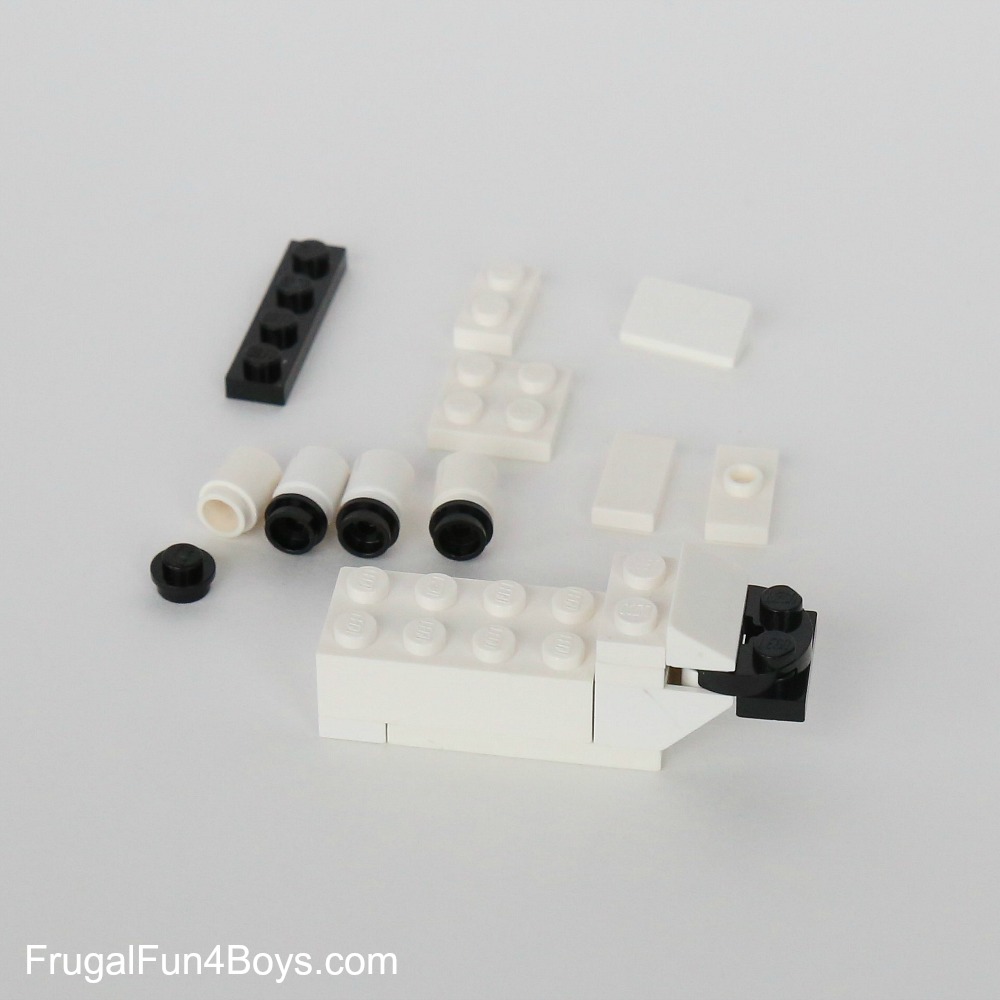 Build the ears and head.  For the tail, use a 2 x 1 tile with one stud on top and attach the tail to that. 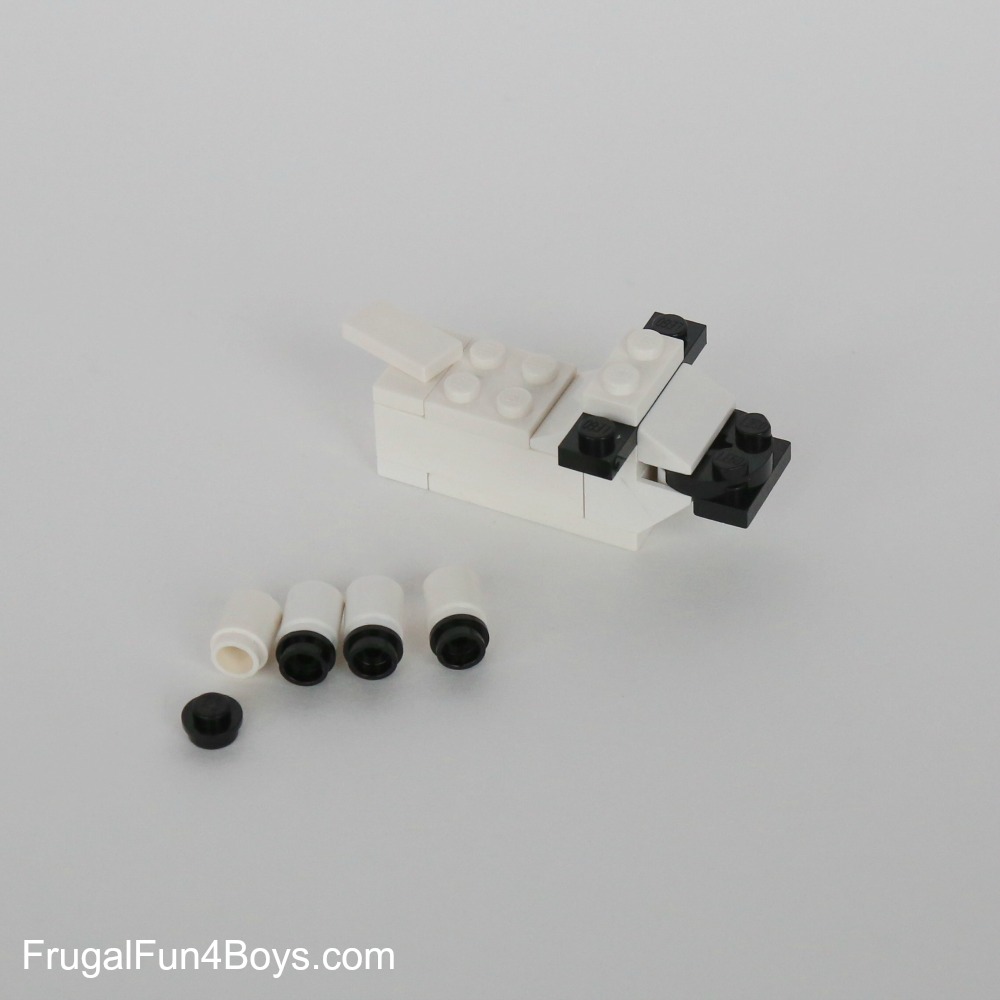 Add the legs, and it’s finished!  For the laying down sheep, I used a 2 x 1 black plate for each leg rather than the white round bricks. 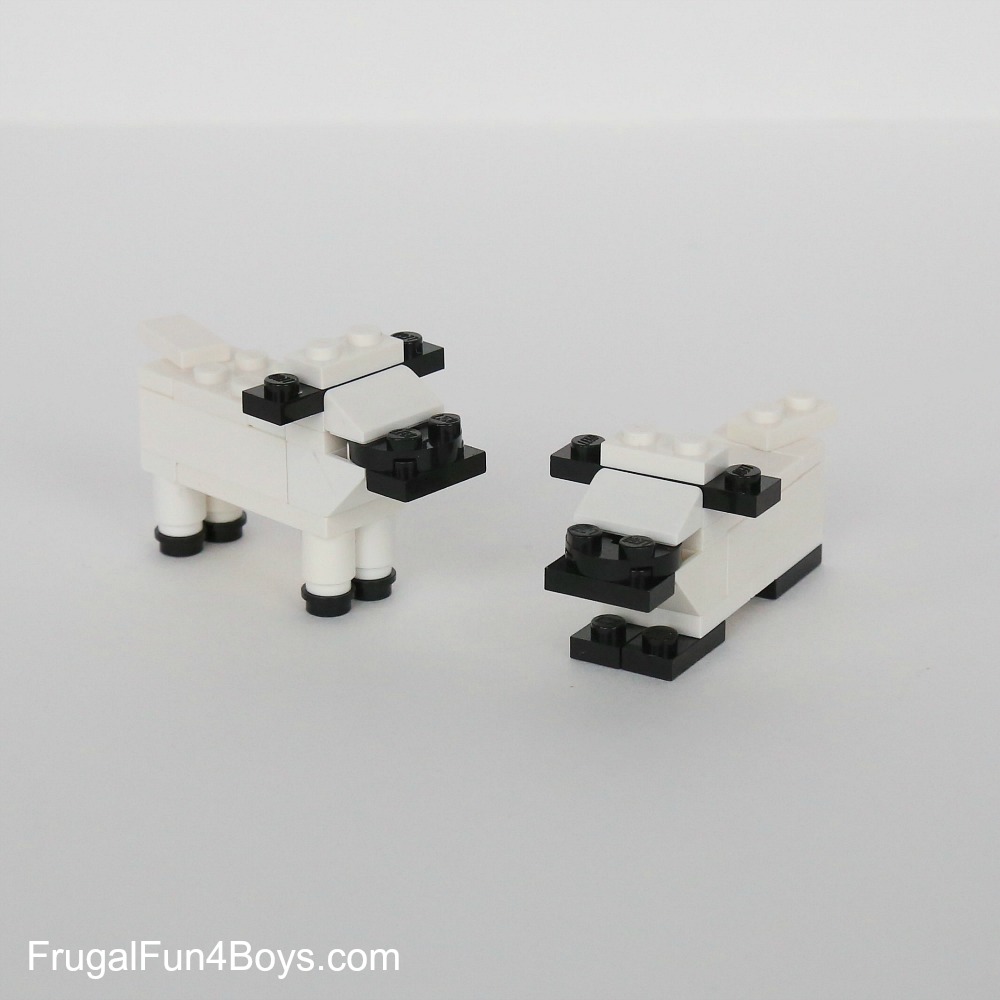 We decided to go with an outline of the stable rather than trying to round up enough brown bricks for the whole building, and I think it has a simple, clean look. There are flat brown bricks holding the top together. 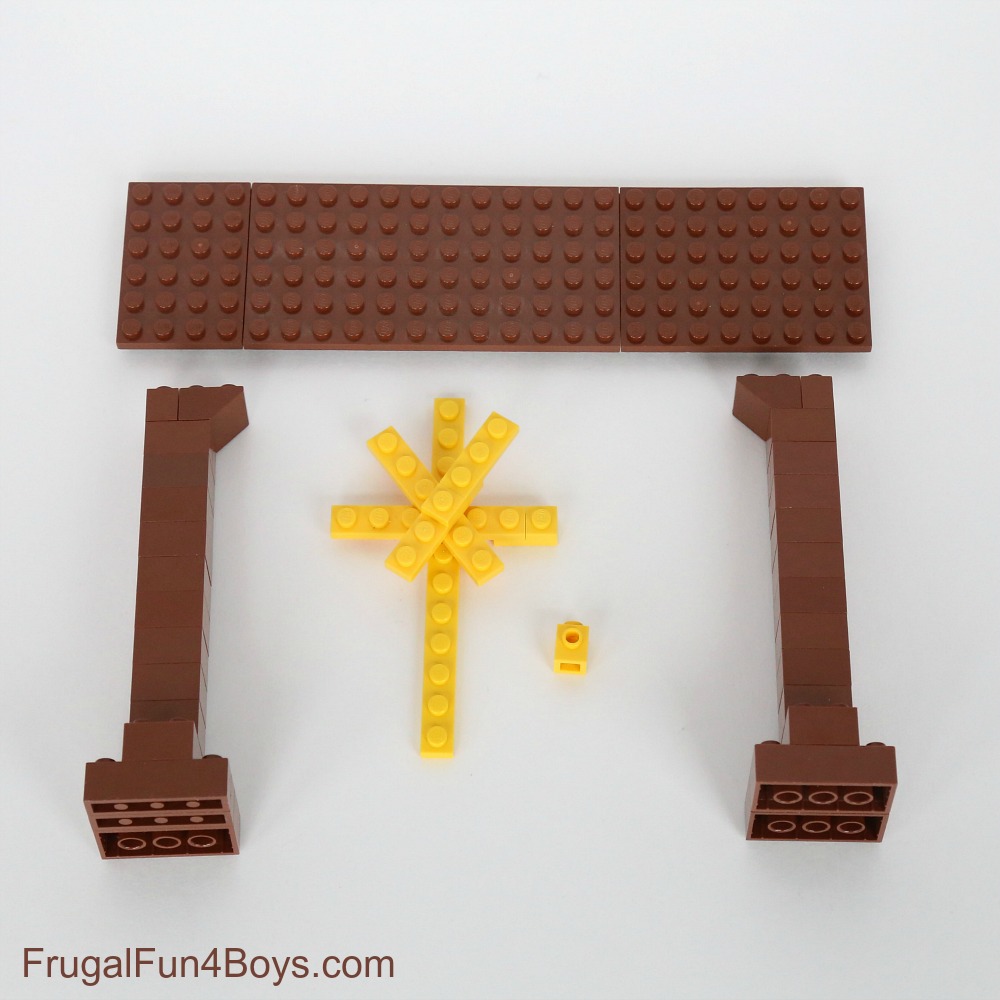 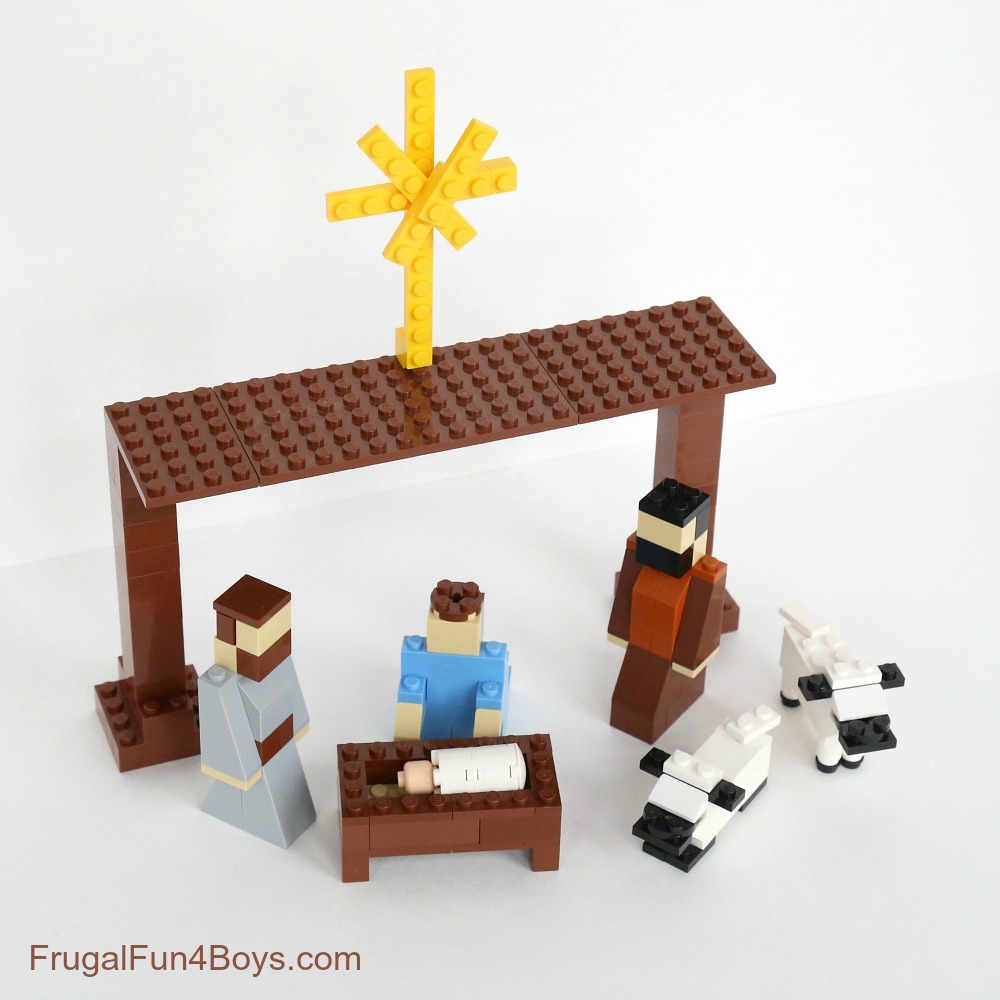