Oh my goodness, this is such a fun activity, and you can put it together with any LEGO® bricks you own!  Use bricks to create a code.  Then kids can build and de-code secret messages!

The concept of this activity is quite simple – create a code using a different brick for each letter of the alphabet.

Owen worked with me to develop our code.  We went through our LEGO® bricks and selected small pieces that would not take up much room on a baseplate.  We also made sure that we could find at least 5 of the same piece.  It’s especially important to have plenty of the bricks that you choose for the most common letters like A or T.

We had fun choosing a couple of silly things, like a steering wheel for J!  Want to change your code?  It’s super easy to swap out pieces, or start all over.

Then it was time to write a code!  I constructed a code for Owen to solve.  I wrote out blanks for each letter, which made it easier for him to keep up with where he was as he decoded it. 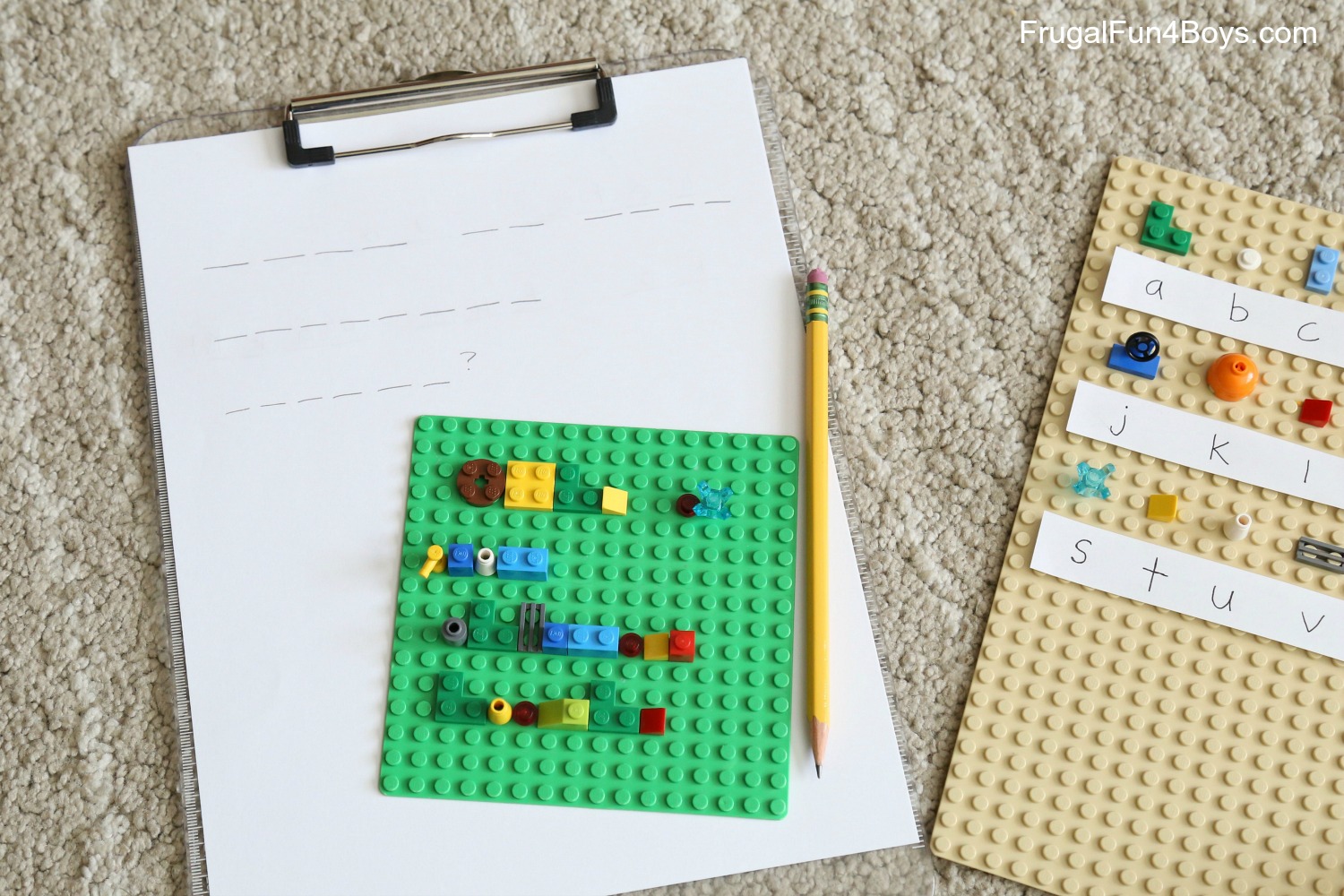 So much fun cracking the code! 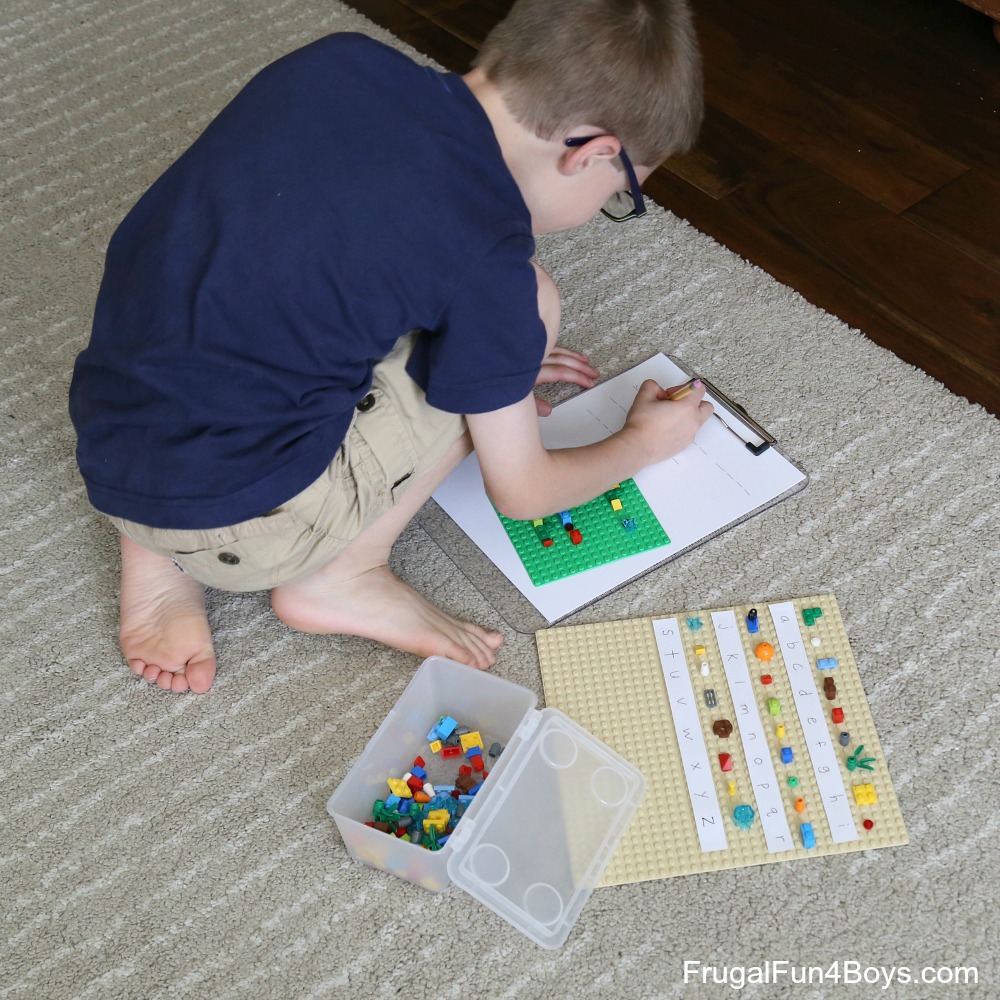 Here’s what the code said – and he wrote an answer back for me to decode! 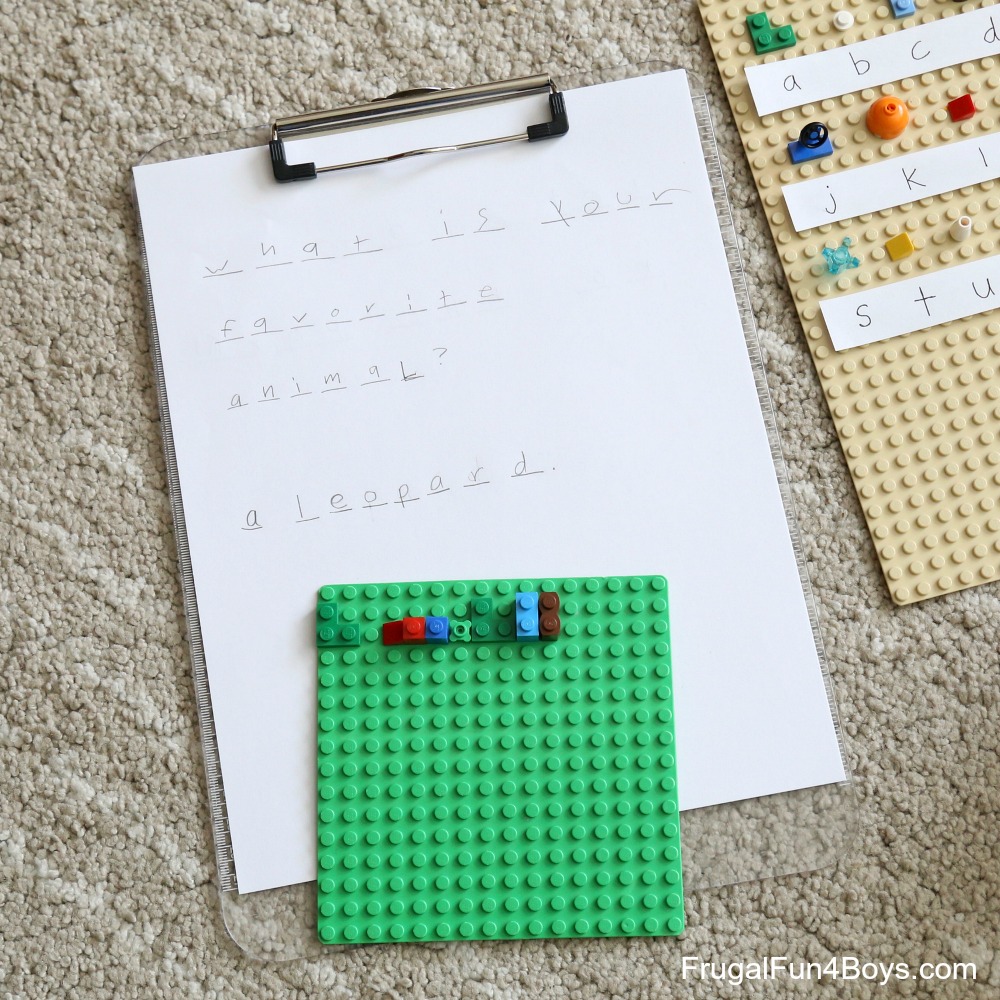 Jonathan is only 5, but he had fun with decoding messages also.  We started with just building his name, and then I wrote him a message to decode.  Perfect literacy practice – it doesn’t even feel like work! 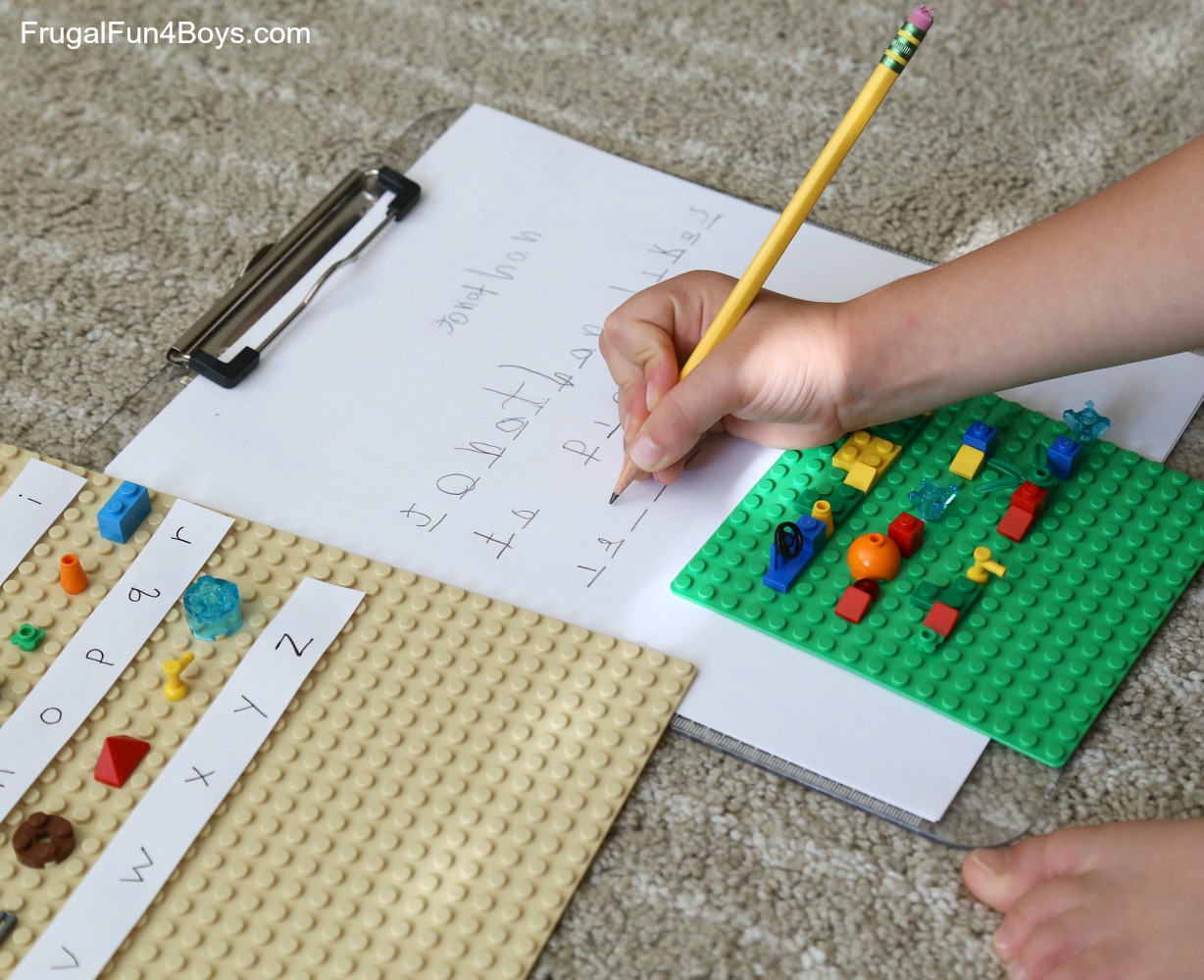 Need more LEGO® ideas?  We are participating in LEGO® Week this week with some awesome bloggers!  Be sure to check out the rest of the LEGO® Week Activities. 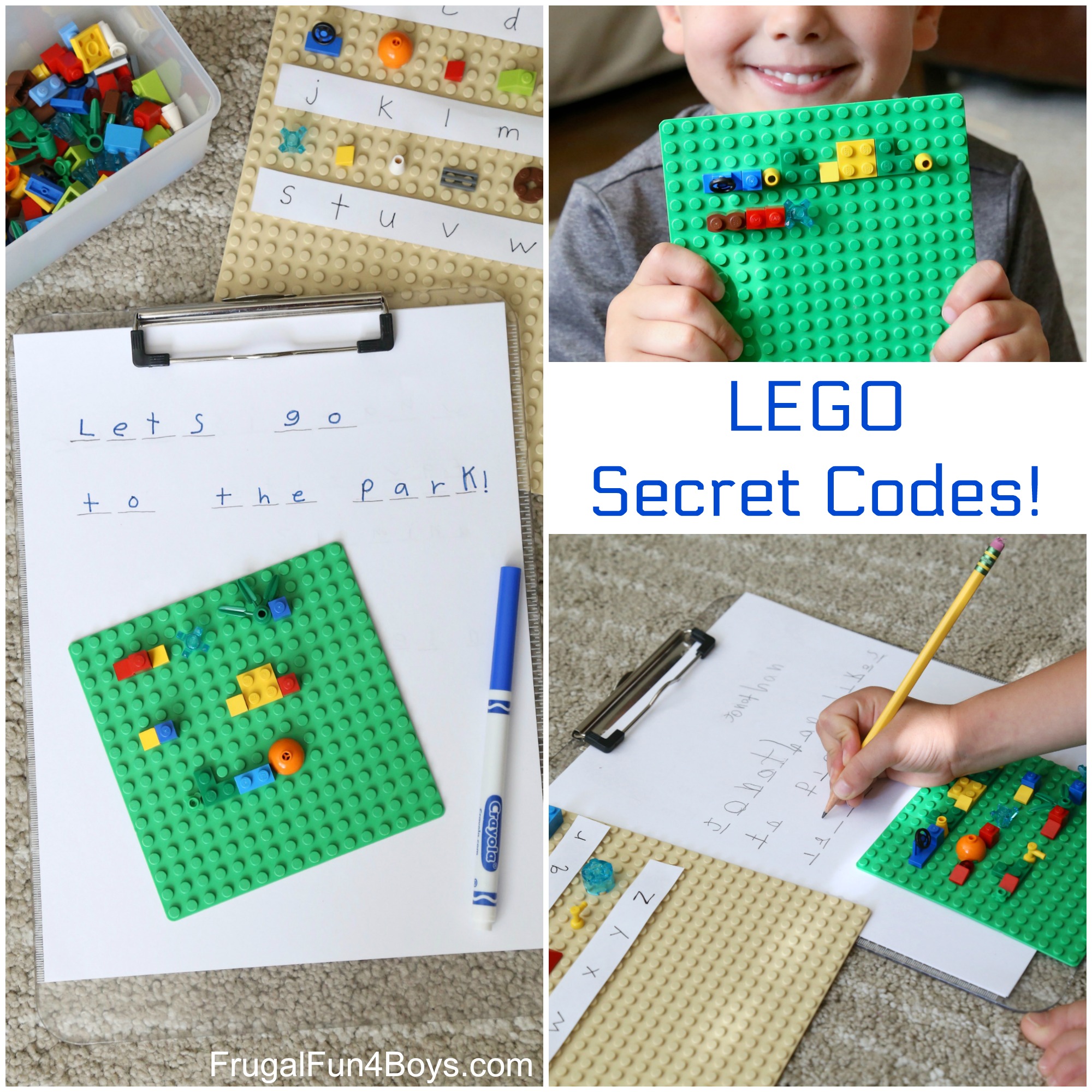