How to Build a LEGO® Snowman

Got LEGO®s? Here are some building instructions for creating a LEGO® snowman. This snowman is part of our Five Lego Christmas Projects, but since this one requires more steps to build, it gets its own post. 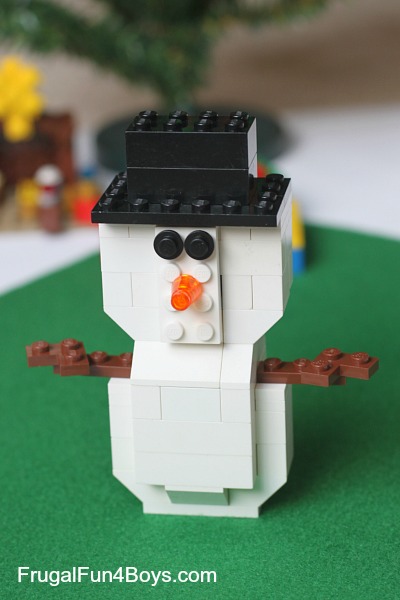 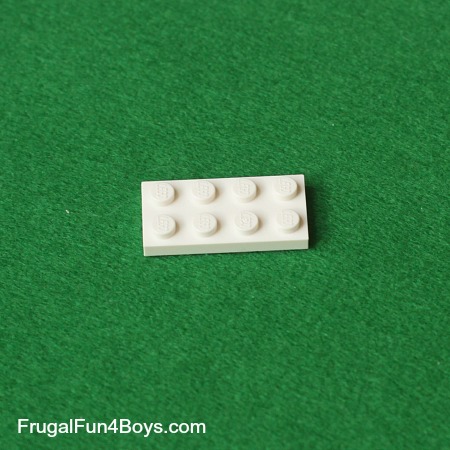 Step 2: Add four 2 x 2 reverse slanted bricks. (I don’t know if that is an official name – that’s what I’m calling them!) 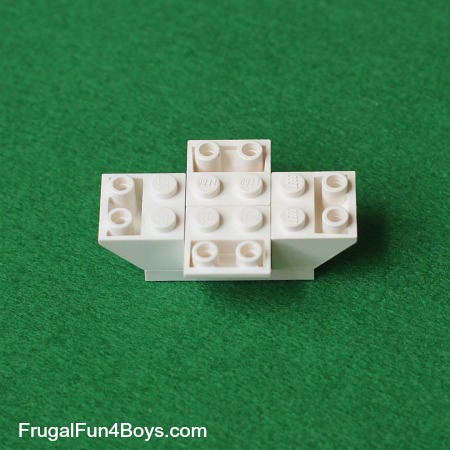 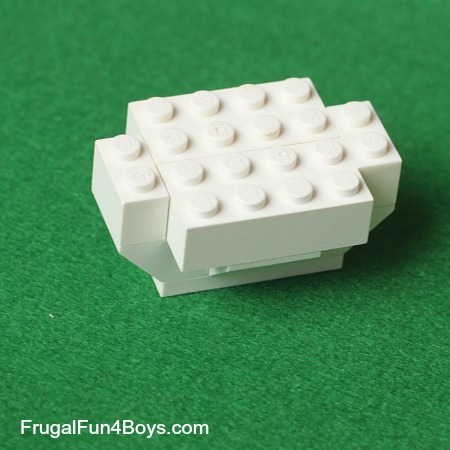 Step 4: Add another layer of white.

Step 5: Add one more layer of white, but leave two studs open on each side. 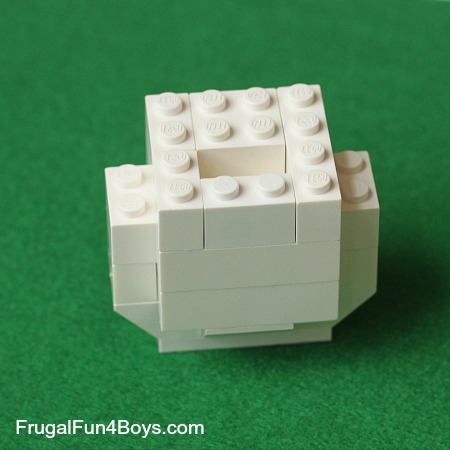 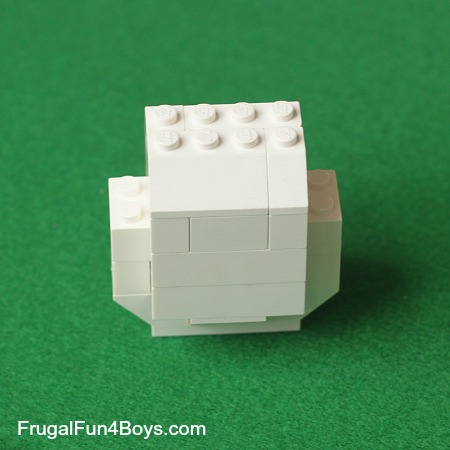 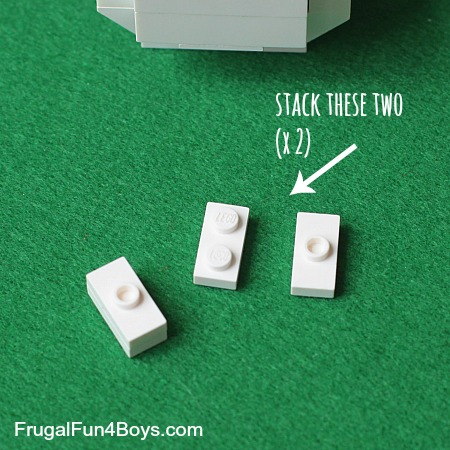 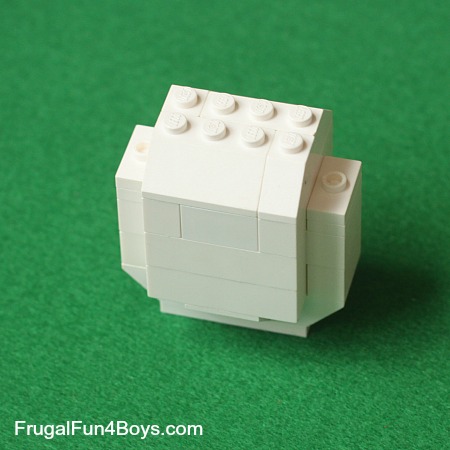 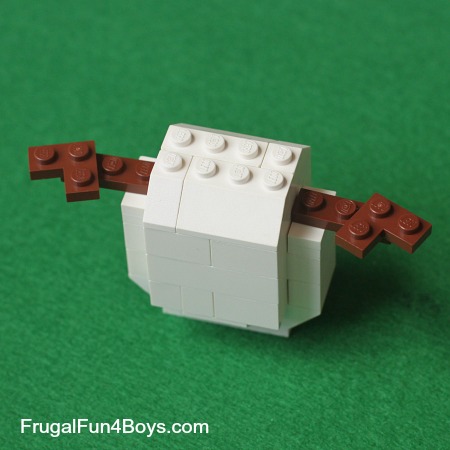 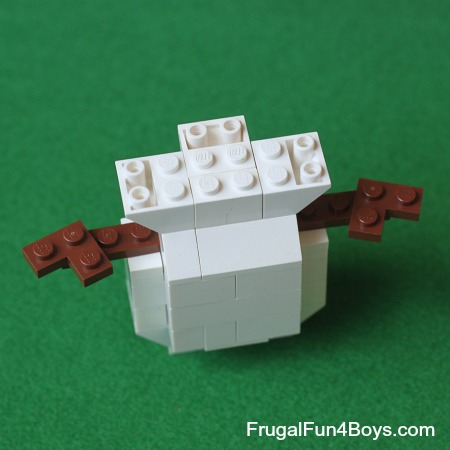 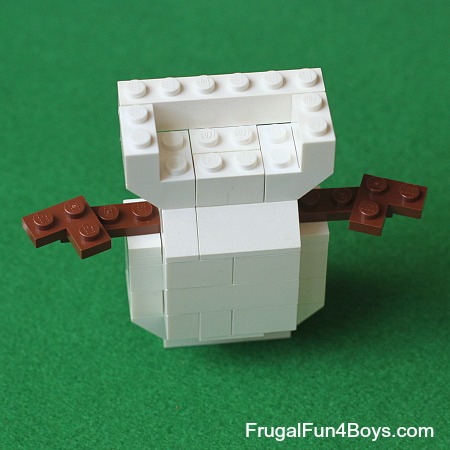 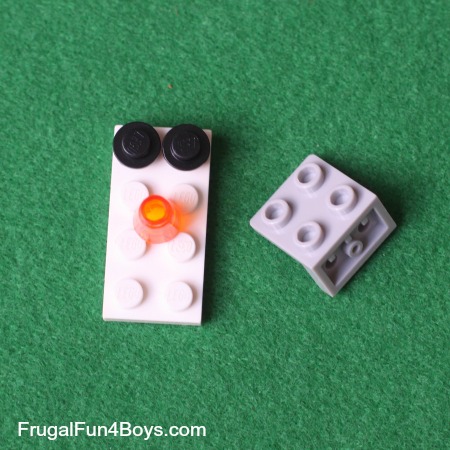 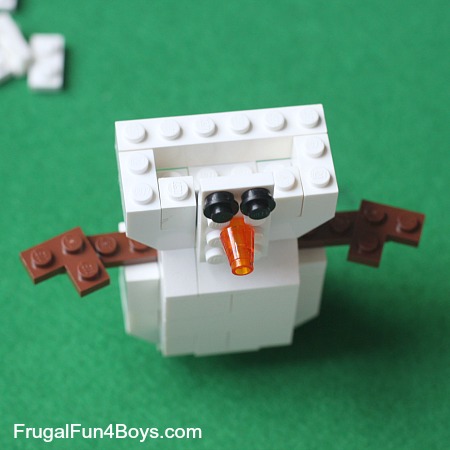 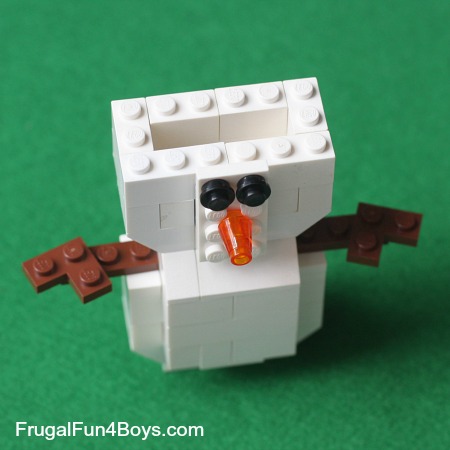 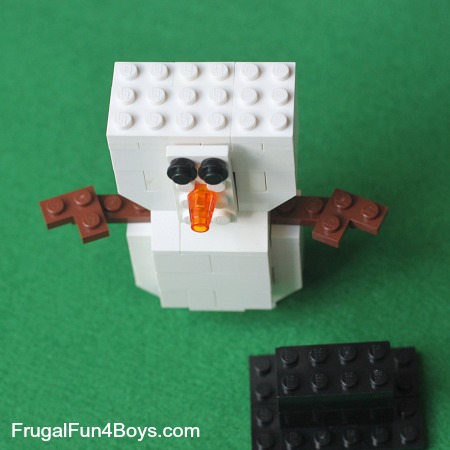 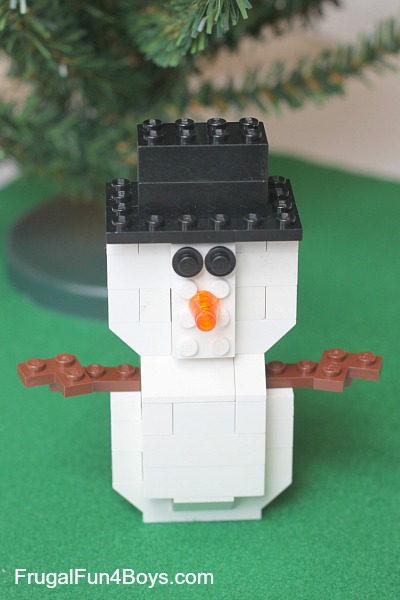 If you landed on this post first, be sure to check out our other Christmas Lego Projects!