Several months ago, I saw an idea on Parent Teach Play to use a coconut to make a volcano. I knew that Gresham would LOVE to make one to play with his little dinosaur toys. He has always loved dinosaurs and volcanoes. The other day, coconuts were on sale at the grocery store, and I surprised Gresham by bringing one home so that we could do this project! 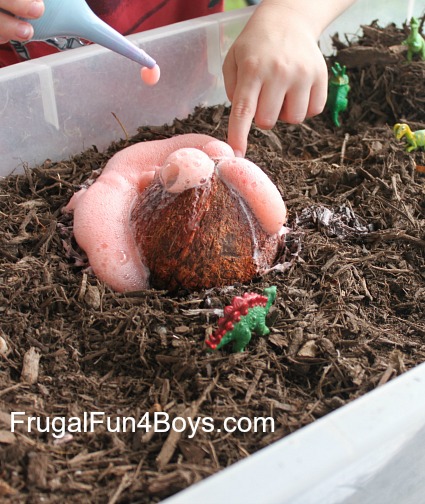 To make one, use a screwdriver to open up the three little holes on one end of the coconut and drain out the coconut water. Our coconut came with a groove pre-cut around the circumference of the coconut. My husband used the blunt end of a large knife to split the coconut in half along that groove.

Remove the coconut flesh from the half with the three little holes, and you’re ready to play!

We used the remains of our garden for pretend animals as a place to set up our volcano. The plants had died in the summer heat, so we pulled them out and just used the dirt! We will throw out the dirt when we are totally done with this “toy” because the dirt is now soaked with vinegar. 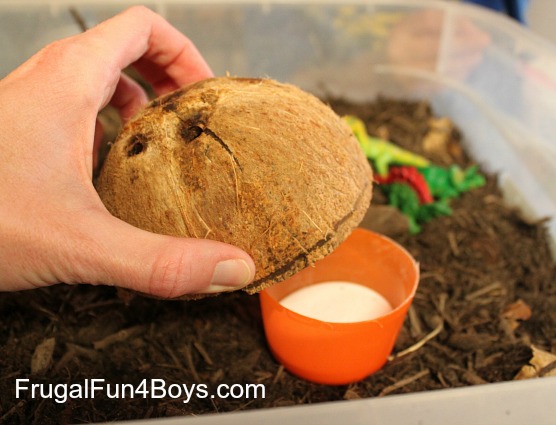 I used scissors to cut a disposable sippy cup down to a height that would fit under the coconut. We used this to hold the baking soda.

For the lava, we mixed vinegar, red food coloring, and a squirt of dish soap. The first time we did this activity, I did not read the directions on Parent Teach Play carefully enough, and we did not add the soap. The soap really makes the volcano more bubbly and impressive!

Use a bulb syringe for squeezing. We tried using a dropper, but it did not squirt enough lava at a time to make much of a volcano! 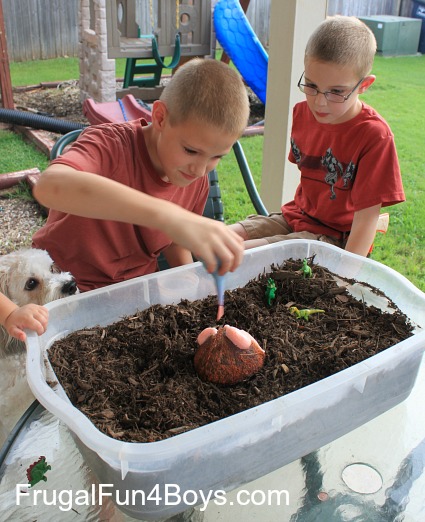 We erupted our volcano again and again! We simply rinsed off the coconut, added more baking soda to the cup, and played some more! 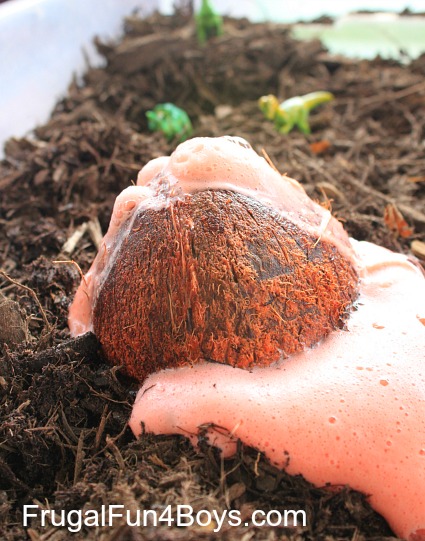 We saved the coconut to use as a non-erupting volcano for imaginative play. We’ll get a lot of use out of this!