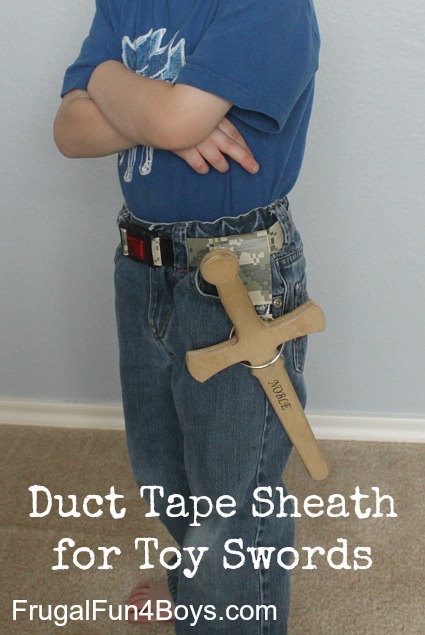 When I made Owen’s duct tape belt, I also made a sheath for his toy swords that can go off and on the belt. This is so easy to make, and will work on any belt!

I got the idea from some toys we bought. Last month, we went to a large homeschool book fair, and we ran across a booth from a vendor called “J.M. Cremps – The Boys Adventure Store.” Well, the boys were ALL over that store! They had everything – slingshots, realistic army helmets, dinosaur books, and even bars of soap that smelled like dirt. Basically everything a boy could want! We purchased 3 lightweight wooden swords (we got 3 different types) and 2 of these really awesome sheaths that can go on a belt: 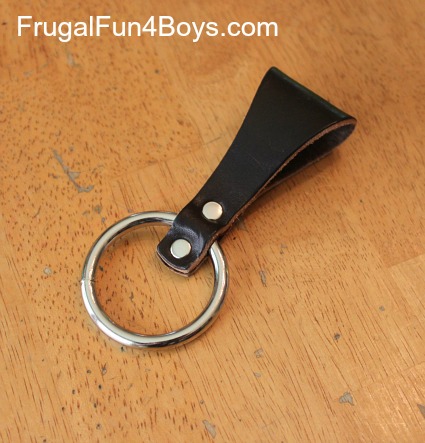 The leather part goes on the belt, and the sword slides through the metal ring. What a great design! Very simple, and doesn’t weigh them down. Well, Owen didn’t want one at the book fair, so I didn’t buy him one, but since then he has decided he needs a sheath. So I made him one out of duct tape! (And then made two more so the other boys could have one too – that seems to be how all these projects go!)

First, I stuck two strips of duct tape together, back to back. Then I folded the strip in half and trimmed the ends to give it this shape: 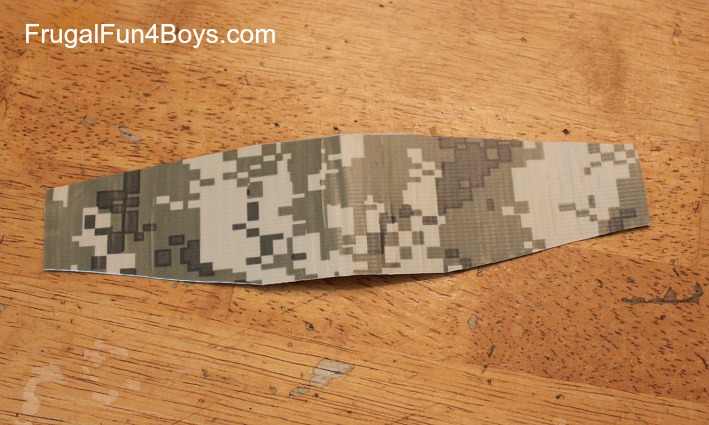 I found some metal rings at Hobby Lobby (in the wire jewelry aisle) that are not quite as sturdy as the ones we bought from J.M. Cremps, but they work just fine! 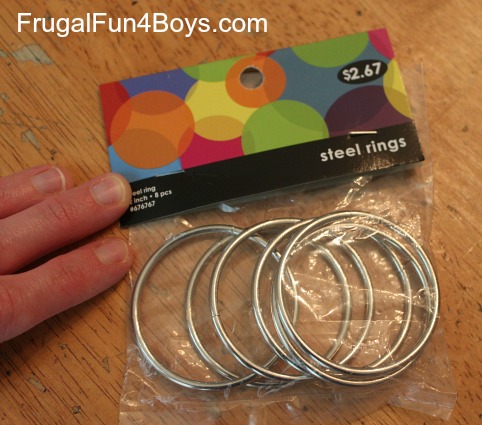 Just fold over the duct tape strip, and secure it with a couple thin strips of duct tape! I chose to secure the duct tape on both sides of the ring, and I think that made it more stable. None of mine came out the same size – just make sure that it can slide easily over a belt! 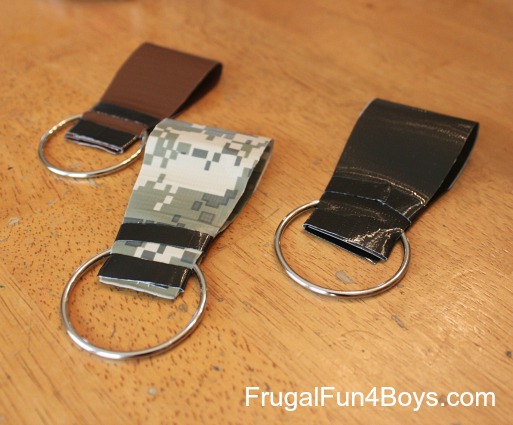 Owen really likes his, and has worn it almost every day since I made it! 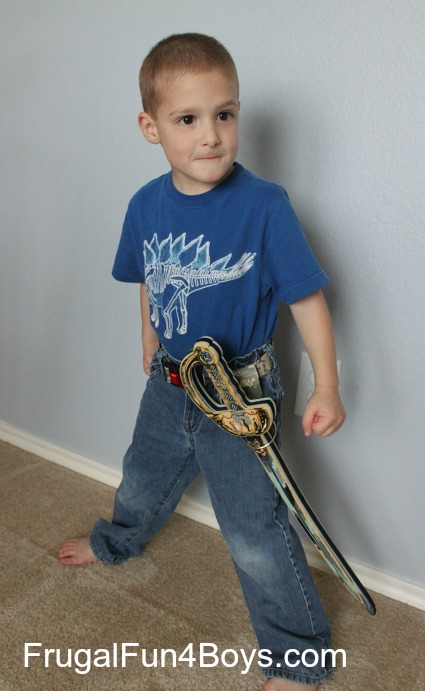 We let our boys play with weapons, but we don’t allow them to act violently with them. Dueling with swords is one thing. Striking someone in anger is another. I wrote a post titled “A few thoughts on boys and weapons” that you might want to check out if you are trying to figure out how to handle boys’ desire for weapons.

And for more fun with duct tape, check out our instructions for making duct tape wallets!