Hold your own Grand Prix with toy cars and a homemade board game! My kids have been playing with all of their die cast Cars movie vehicles after watching Cars 3 in the theater. It’s always fun when old toys become new again, although we did buy a few of the new characters too. You can make this game for Cars die cast toys, or for any little cars – there’s nothing specific to the movie about this game.

To make the game, I drew a simple board game design on poster board. 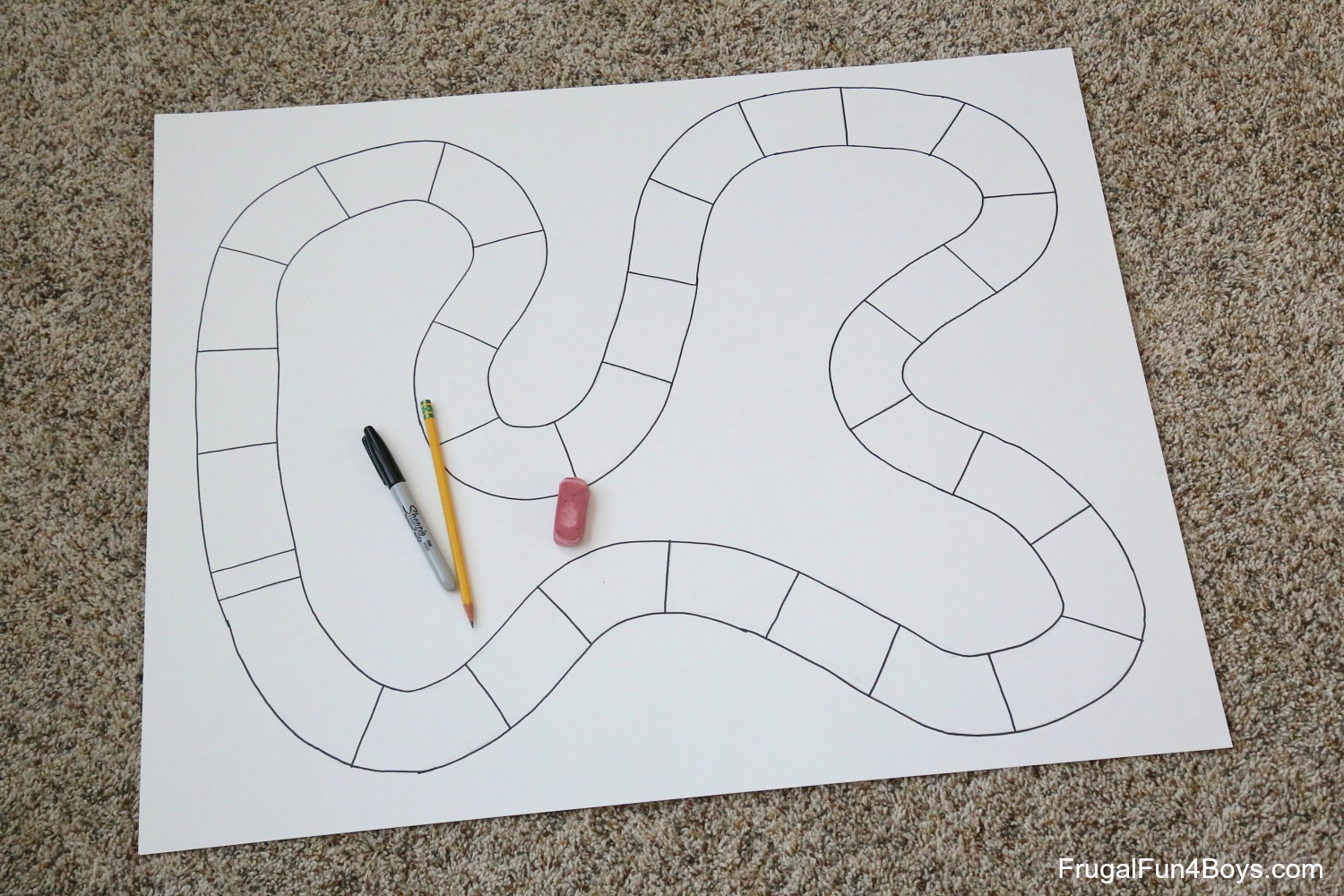 Then the boys helped me decide what to write on the squares. 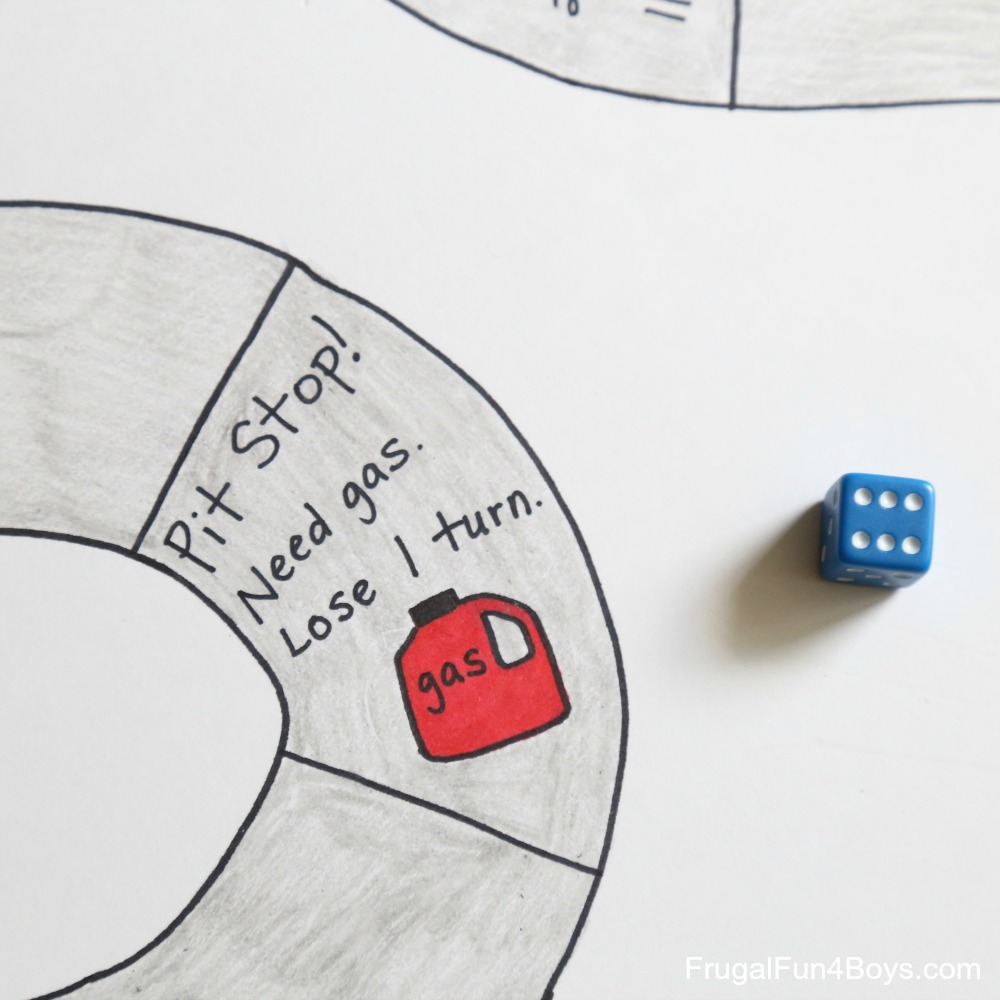 Some of them are more brutal than others. 🙂 But we have some good squares in there too, so basically it’s anyone’s game until you get to the end – because you never know what might happen! 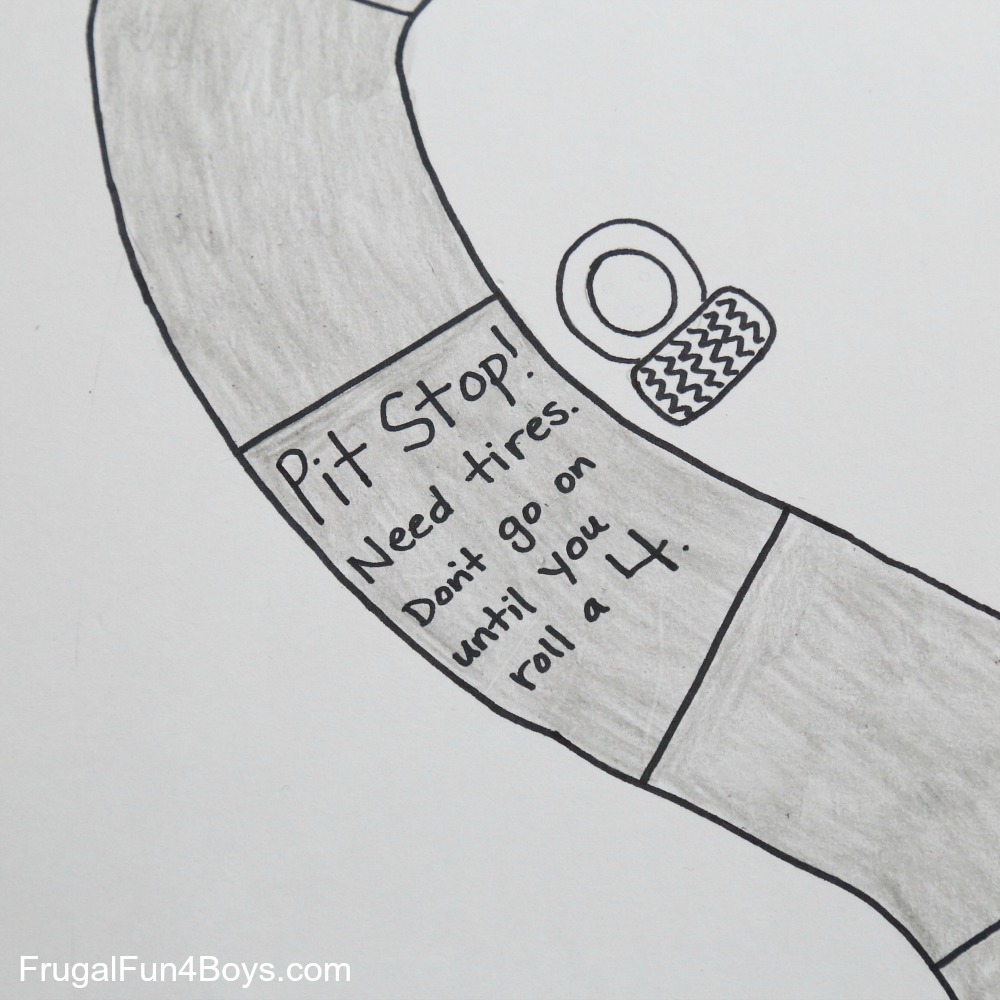 Here’s one of the better squares to land on. 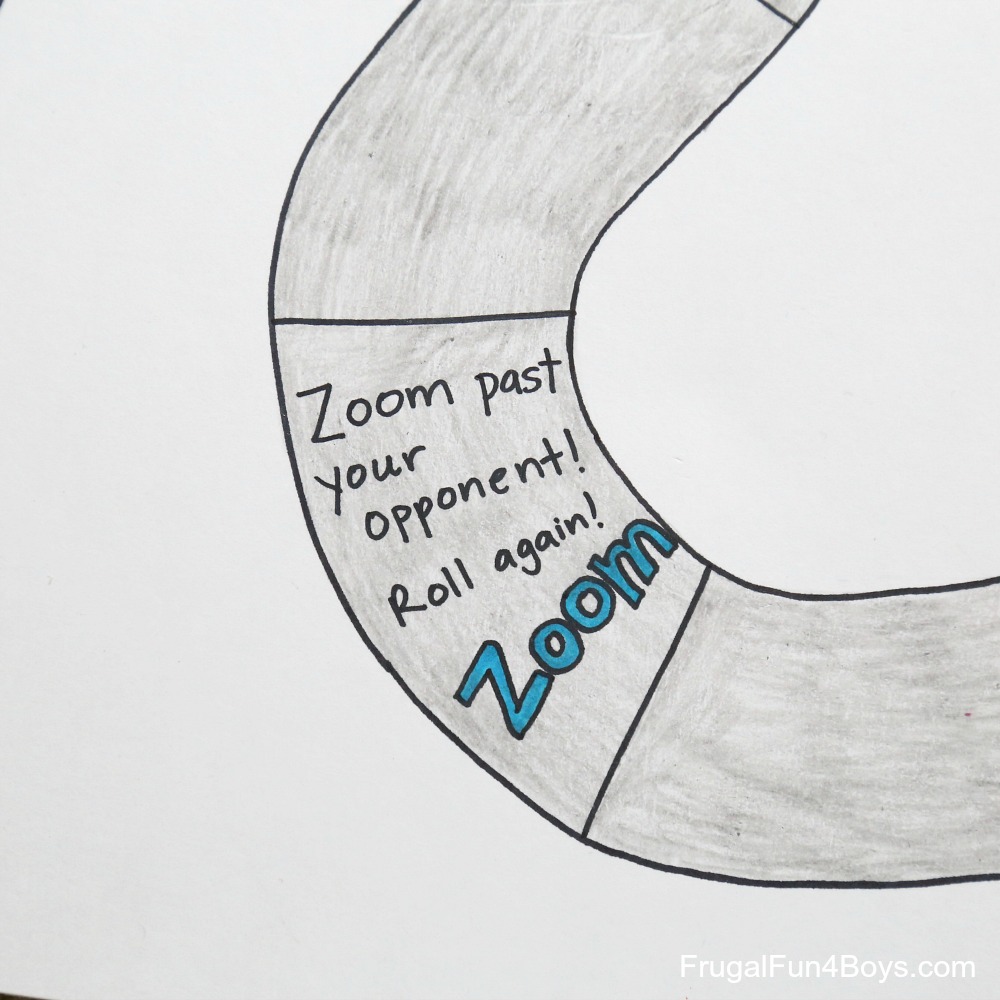 To play, simply start on the “Start” square. Roll one die and move along the board. To win the game, you have to cross the finish line. You don’t have to roll the exact number – just roll any number that gets you to the start square again or beyond.

This game works well with 2-4 players. 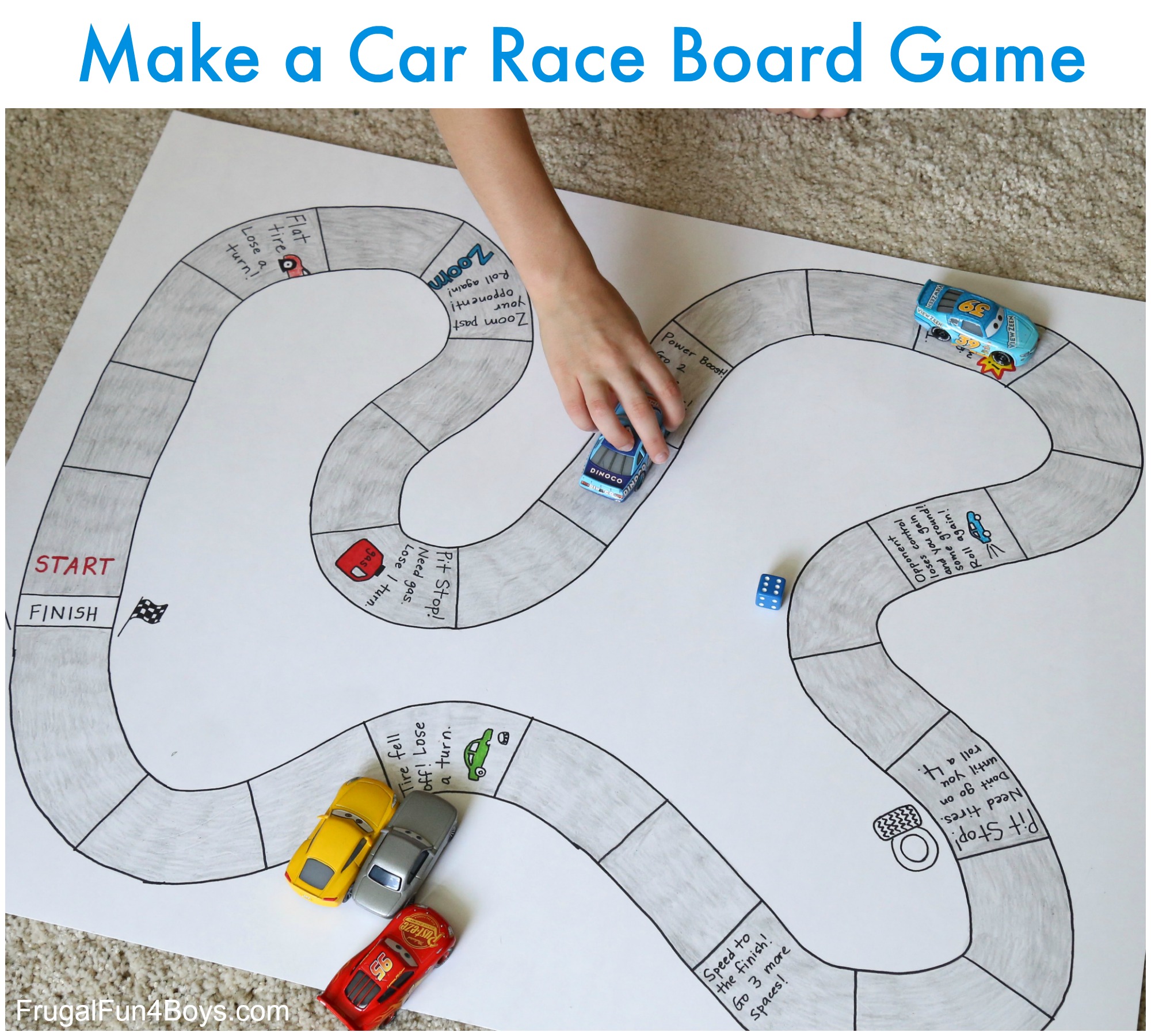 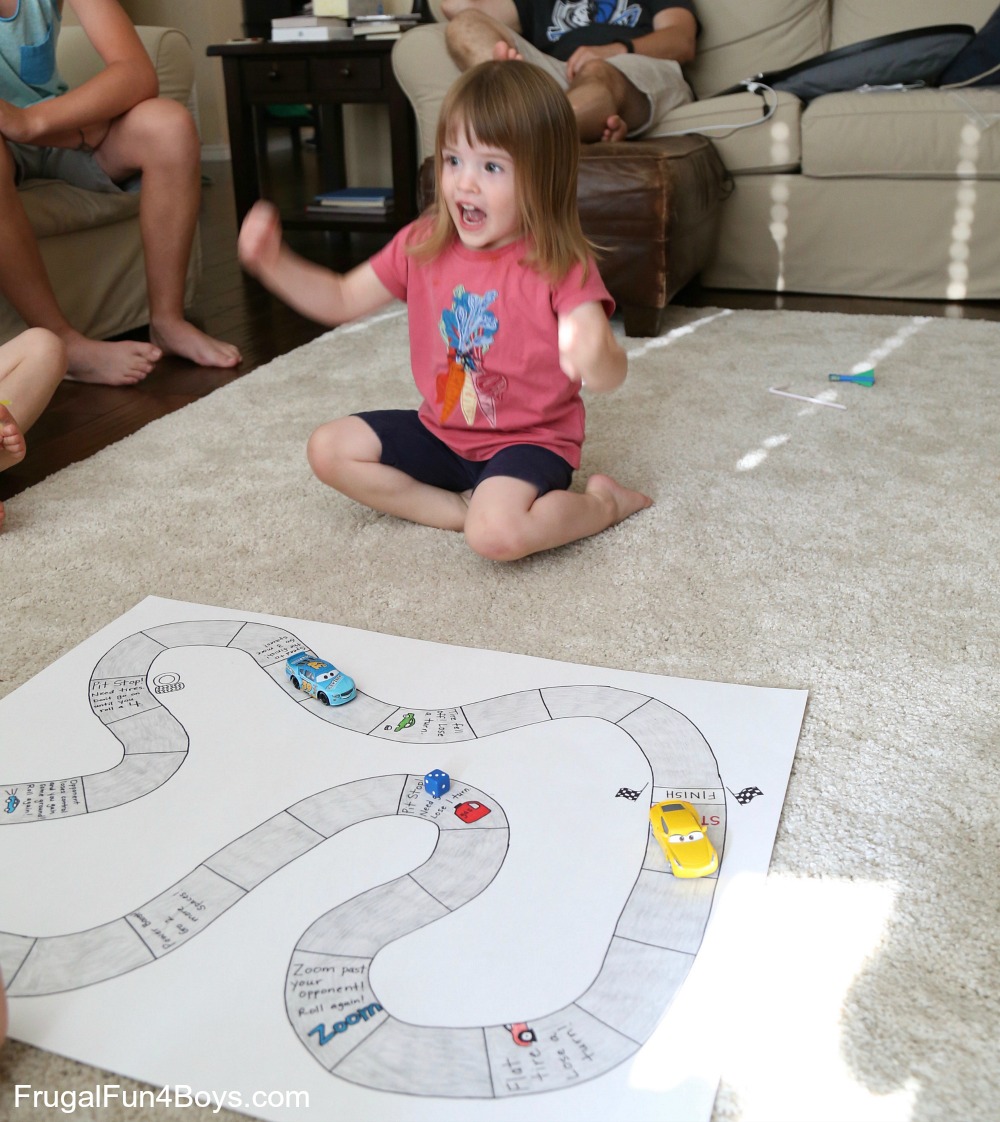 Have fun playing with cars!