Make homemade mud slime that is oooey and gooey and super stretchy! This stuff is fun to squish, and easy to mix up with clear school glue, liquid starch, and… mud!

We had kind of a muddy day over here today. Owen went out to clean up the back yard, and it was taking forever. I finally went out to find him and found this: 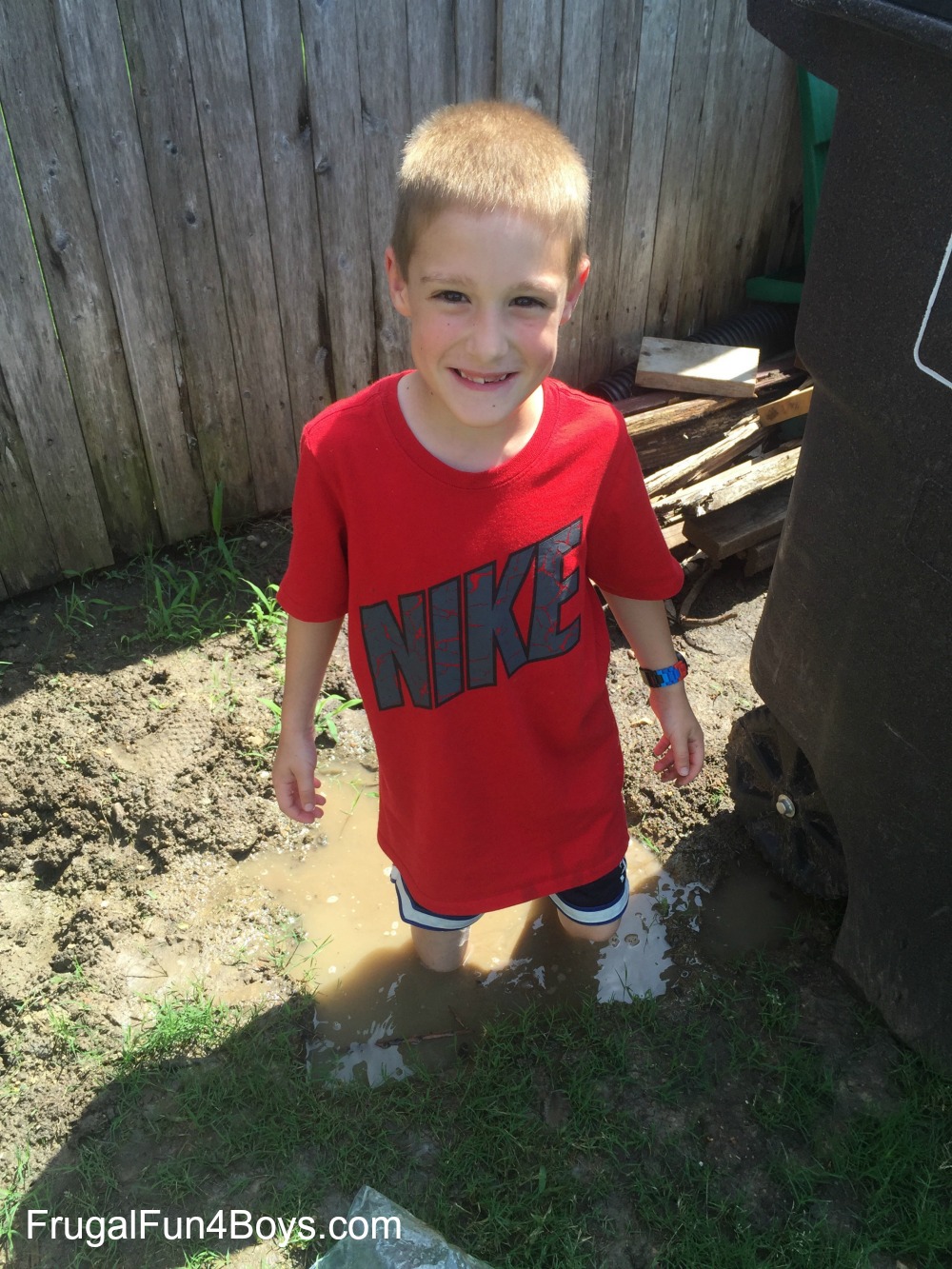 The rain overnight had left an irresistably messy mud puddle. Before long, we had this… 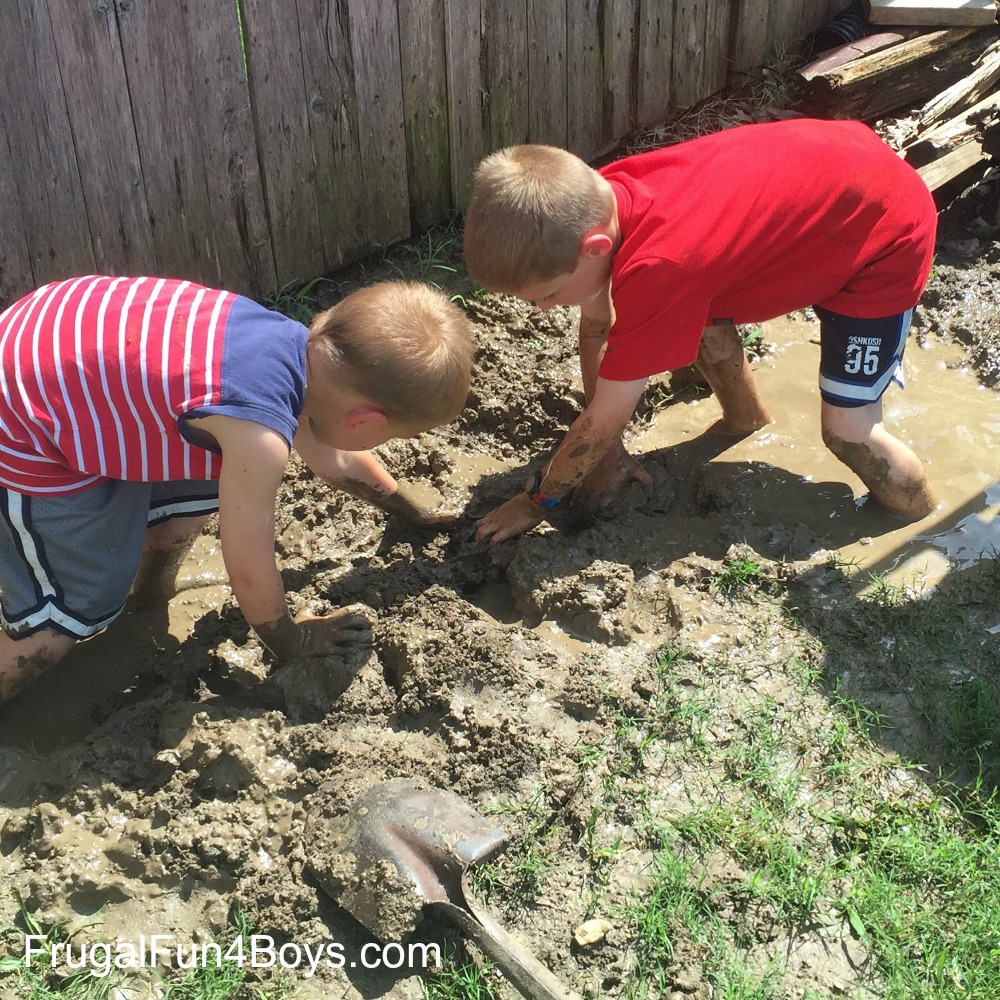 I’m not usually a fan of that much mess, but every now and then it’s fun… for them! So after cleaning up the boys, we decided to put some of that mud to another use and try making some mud slime. I wasn’t sure if it was possible but worked out very well! 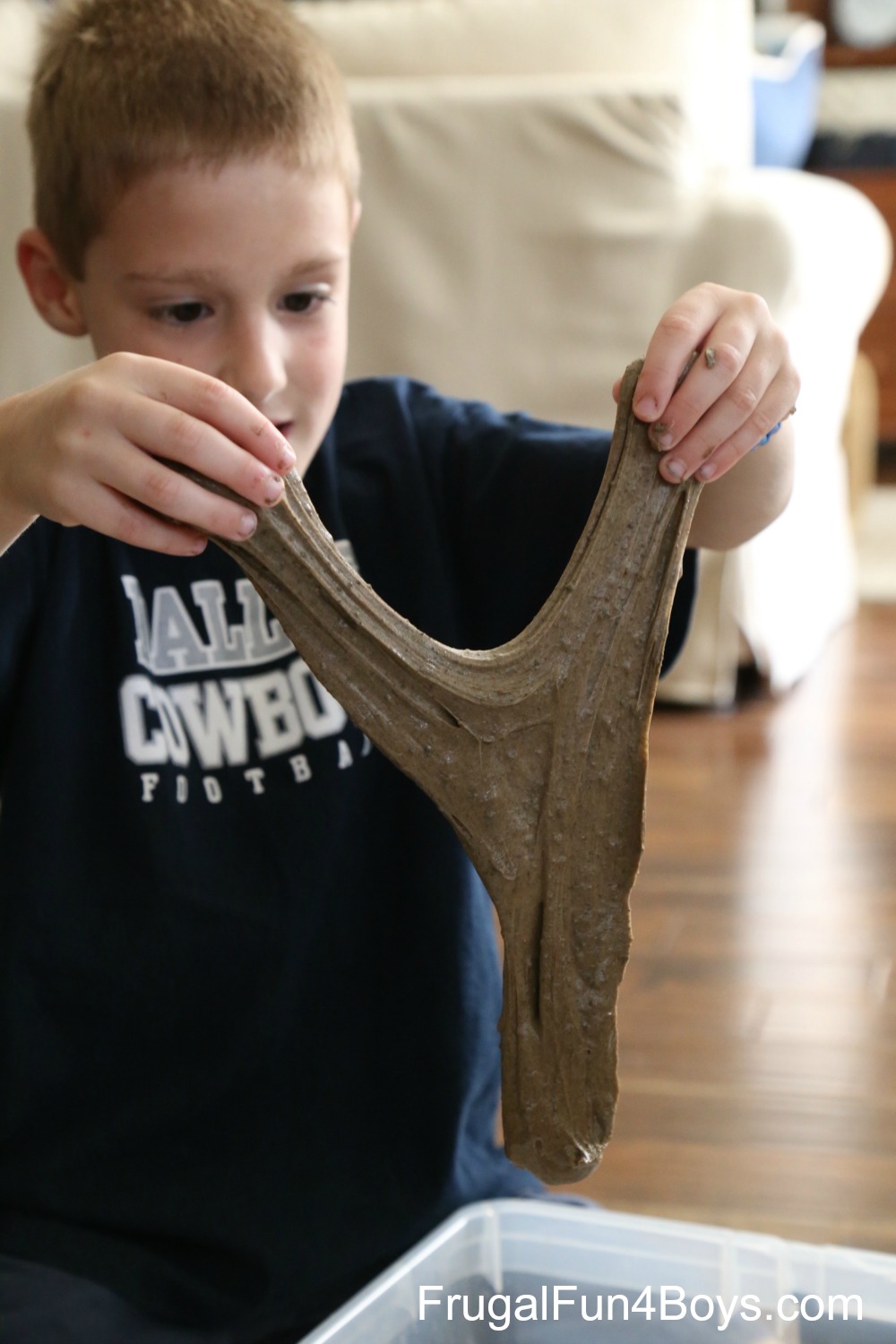 It was hot and humid outside, so I moved the tub from our PVC pipe water table inside and put a towel under it. This made a great spot for the kids to play. 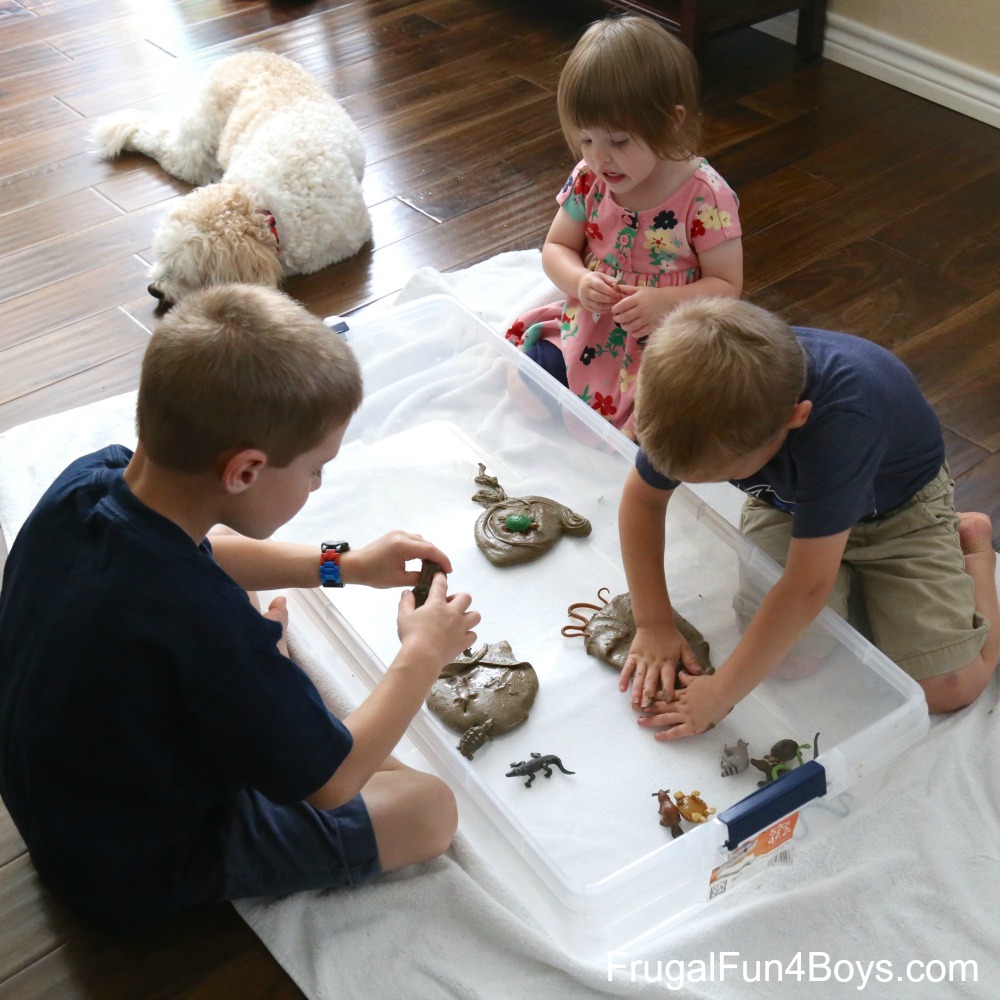 This was Janie’s first slime experience (she’s 2), and really she was a little young. I would recommend this for age 3+. She doesn’t quite get the concept of keeping it inside the plastic tub yet. 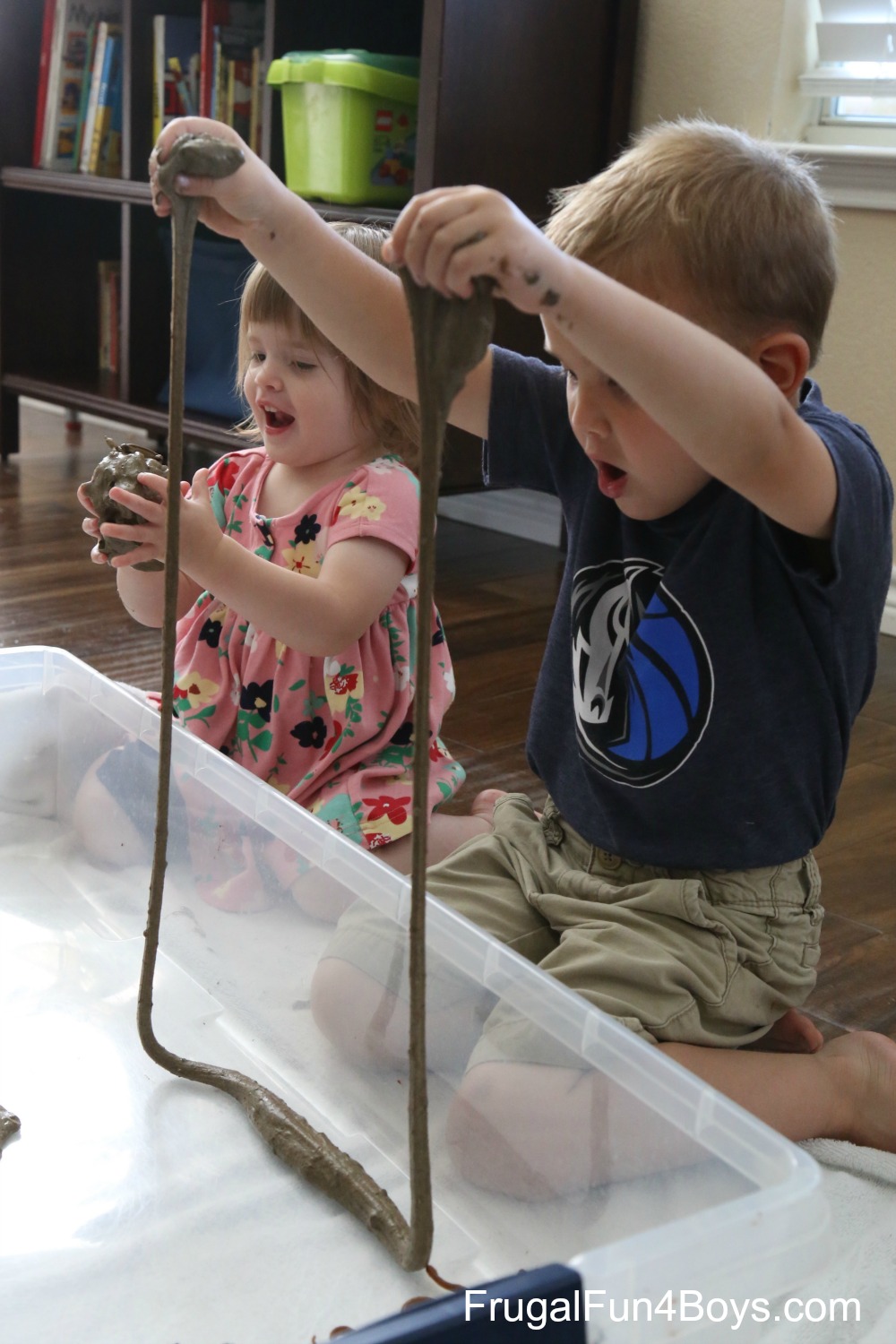 We got out some Safari Toob animals to play with in the mud slime. Owen had fun squishing the animals down in the slime.

(Yes, the slime sort of resembles poop. The kids didn’t notice this, however!) 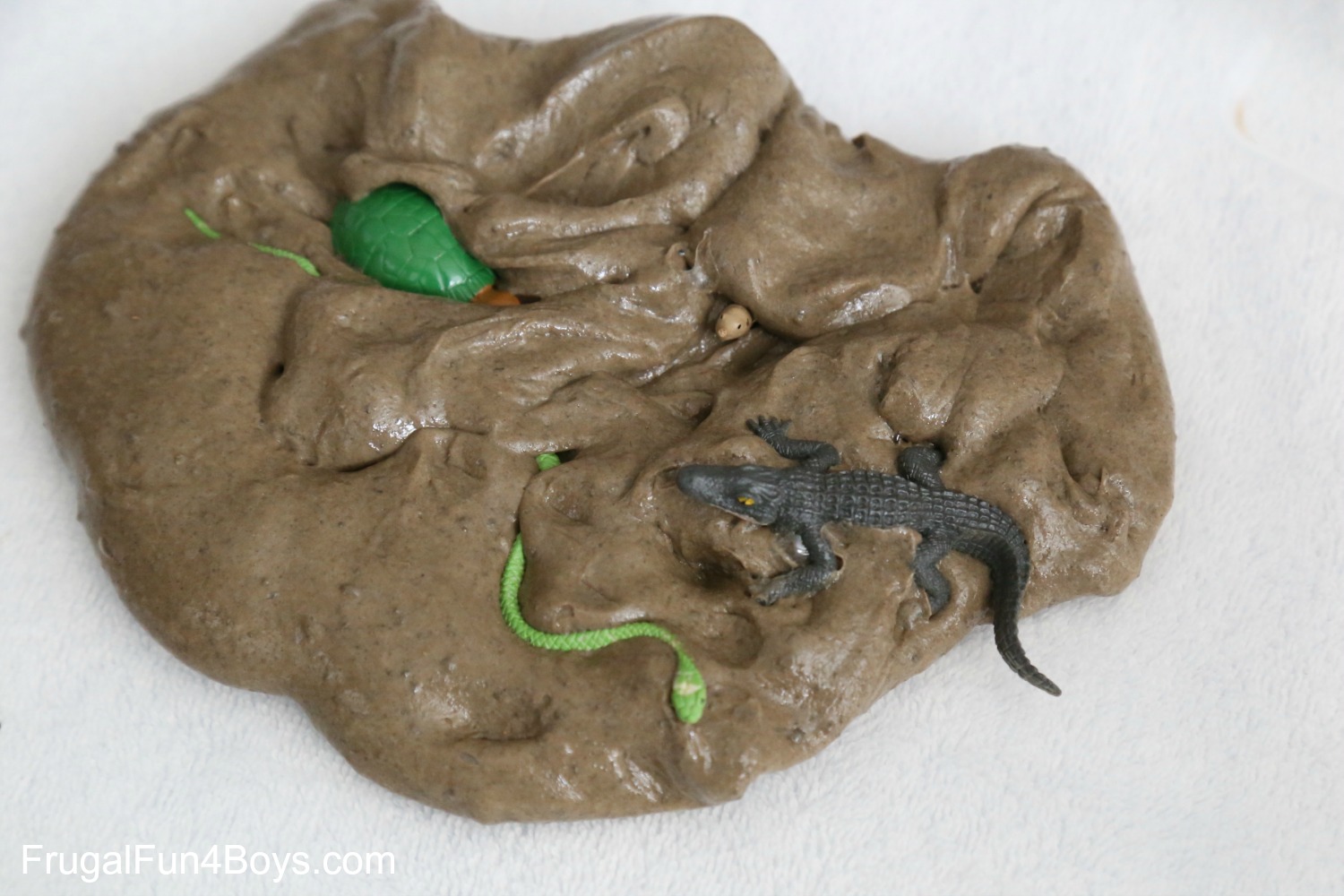 It was fun to pull the animals out of the slime and let it stretch! 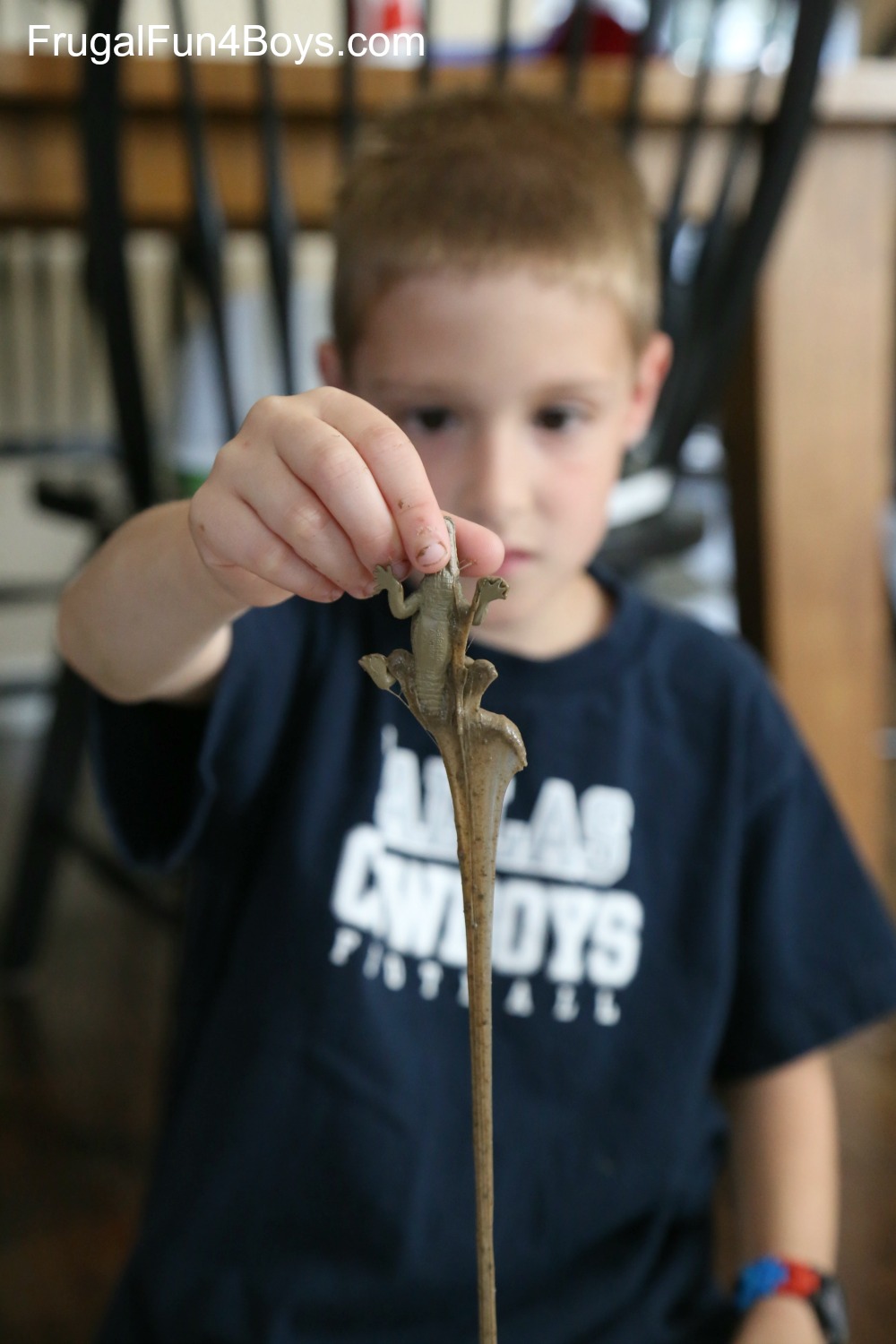 Here’s how to make it! 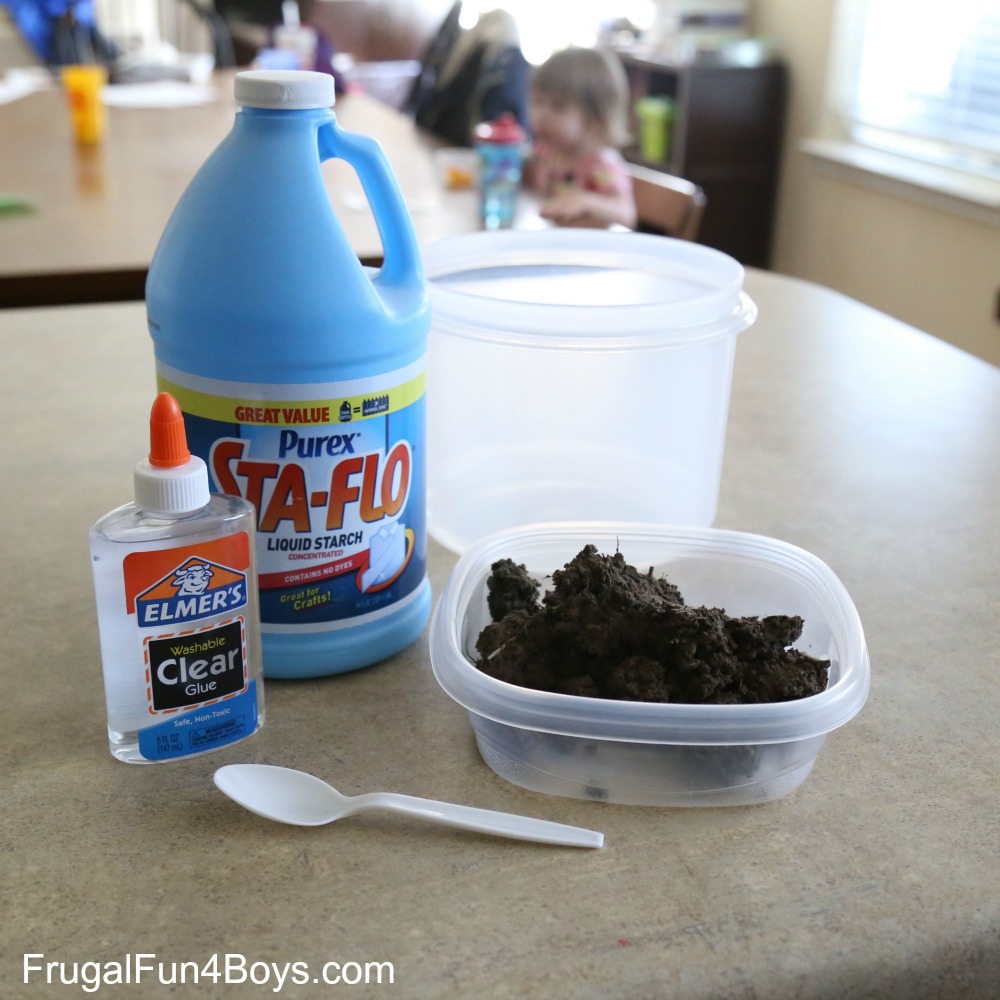 I dumped the entire 5 oz bottle into a bowl and added a few spoonfuls of mud. I stirred until it was well mixed. The mud I chose from our yard was wet but not super wet. I was afraid that if it were too slippery that it would ruin the slime. 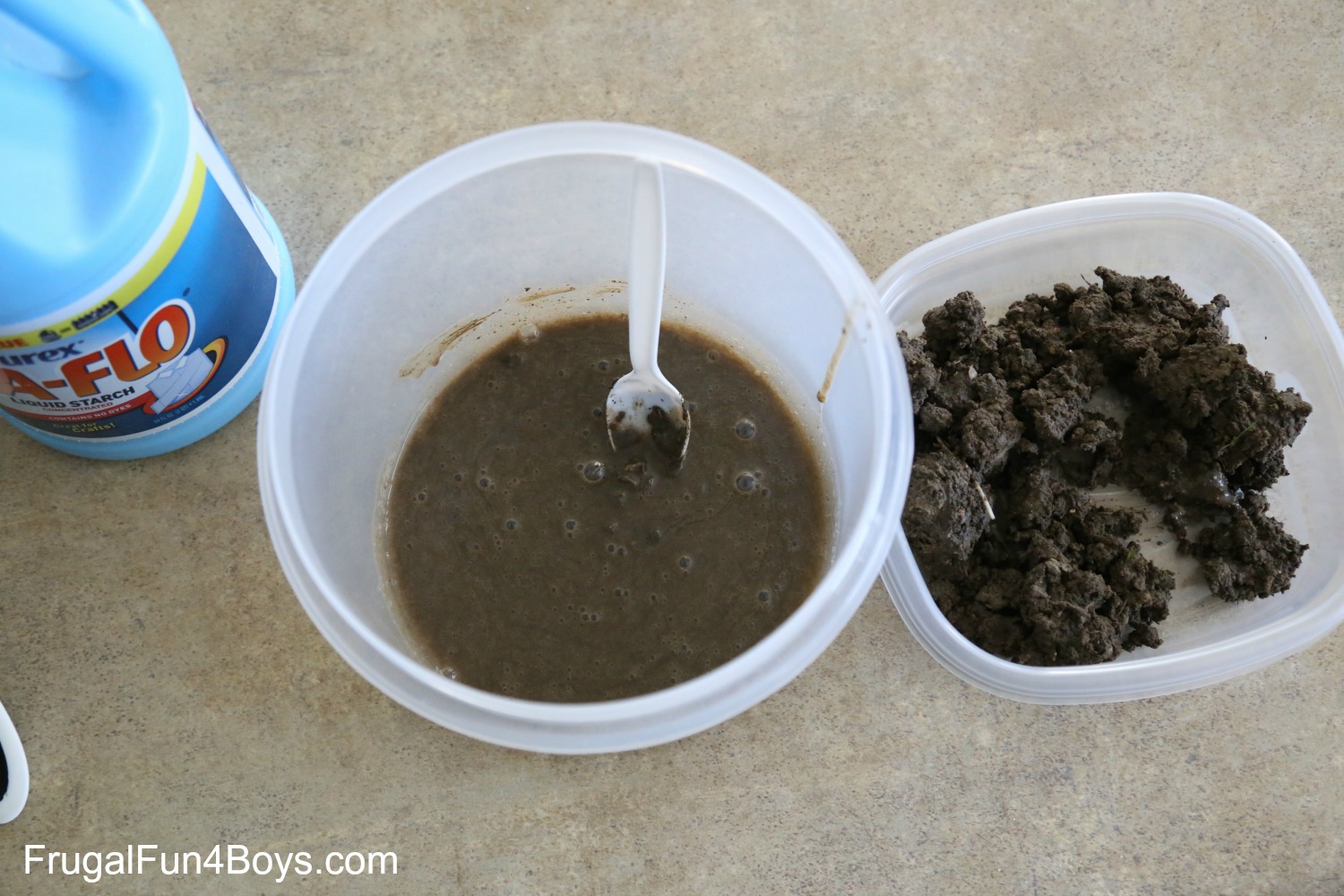 Then I stirred in a little less than 1/2 cup of liquid starch. Once you add the starch, it will react quickly and start to form slime. Stir and then mix with your hands. If the slime is still sticky after plenty of kneading, knead in a little more starch. Kids’ hands will get a little messy playing with this, but it shouldn’t attach itself to their hands. If that happens, add more starch!

Store the slime in a ziplock bag when not in use. It should last for a few weeks! 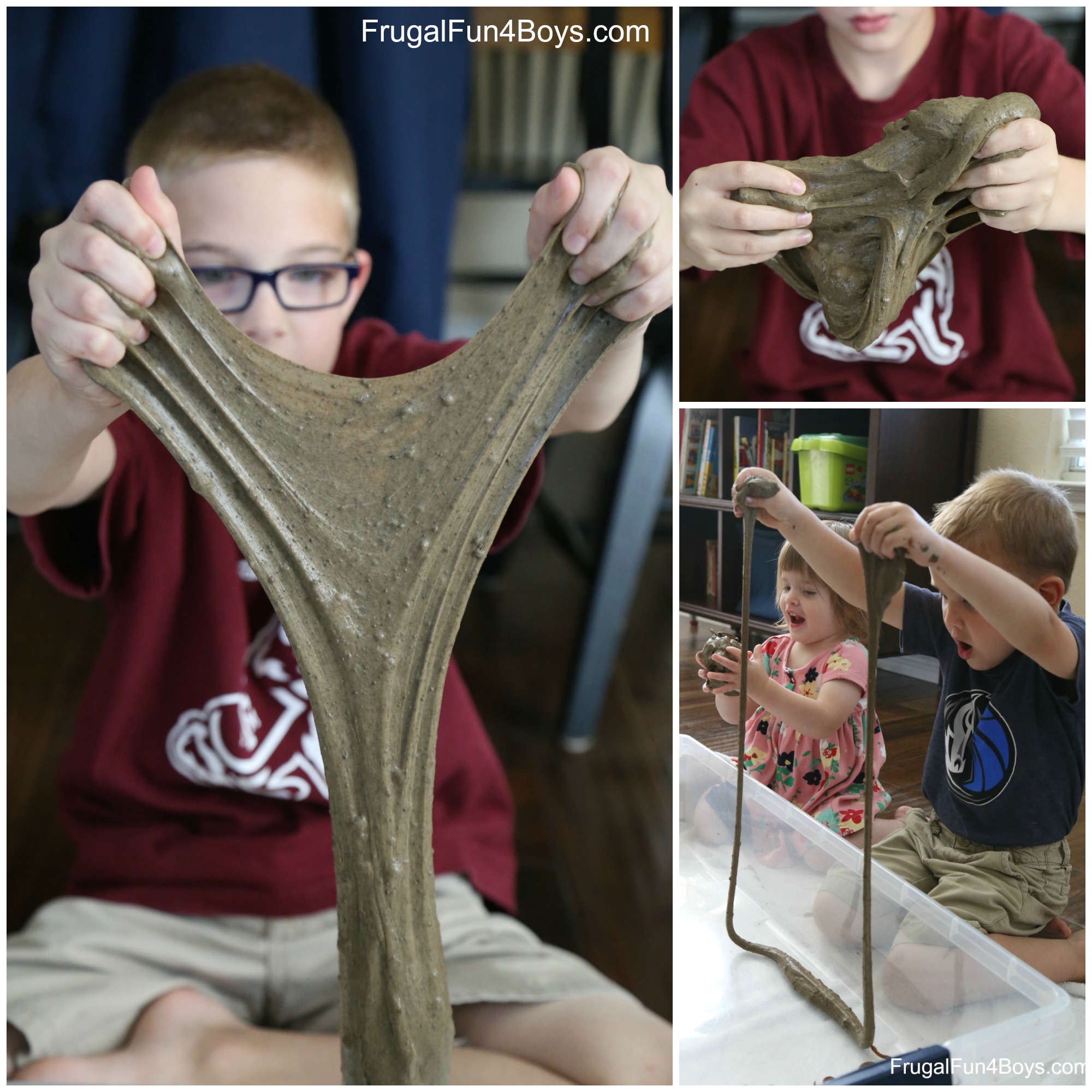