This month’s issue of Family Fun magazine had a build-your-own sprinkler toy out of PVC pipes, and we decided to make our own. We didn’t follow the Family Fun directions at all, but it did get me thinking about what we could do!

I decided that instead of making a permanent structure, we would just make “parts” that could be used to build a different sprinkler every time. The boys and I went to Home Depot and bought:

We spent $13-something total on everything we bought! Not bad!

This evening, Dad used a saw to cut the PVC pipe into various lengths. Then we were ready to build some sprinklers! 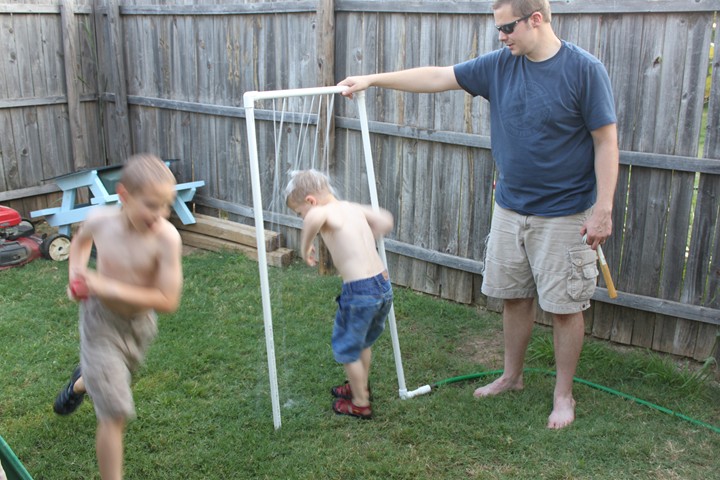 Look! An outdoor shower! (We haven’t made it stand up on its own yet, we’ll have to do that…)

Edited to add: We used a hammer and a nail to make holes in the pipe for the water to squirt out! 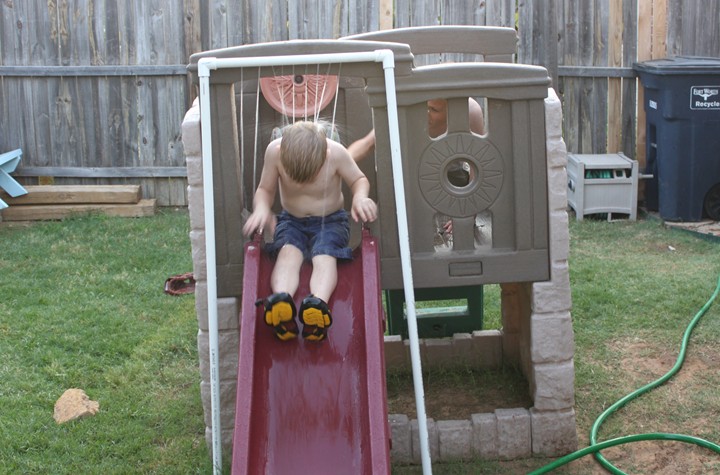 Or an instant water slide! 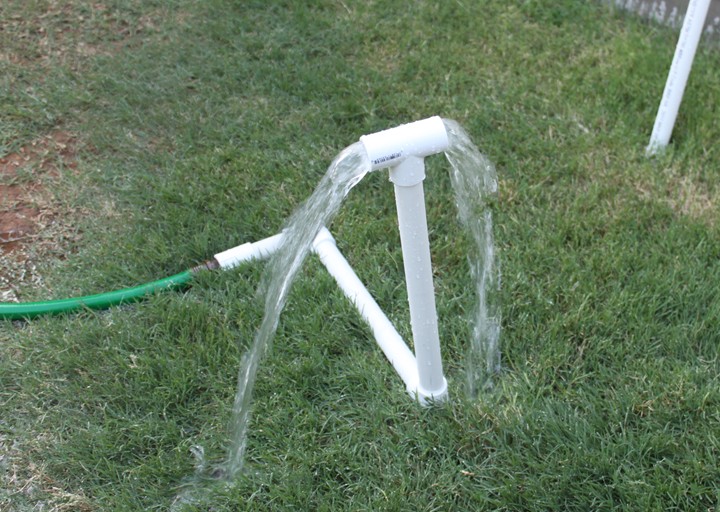 This was an interesting design… 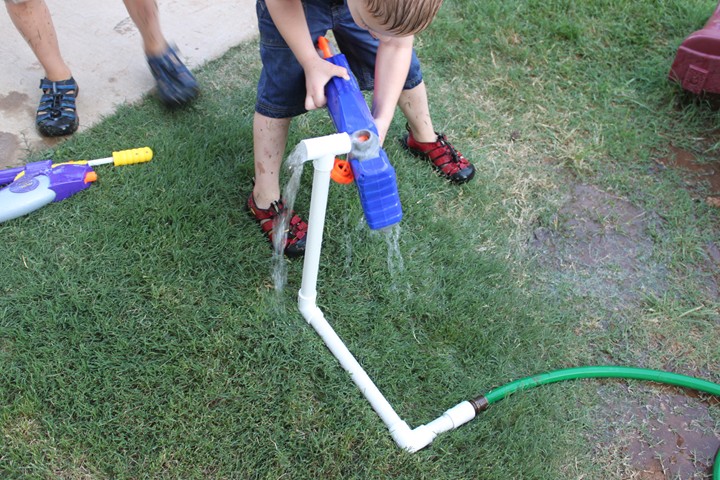 …And the boys quickly decided that it would make a great two-sided water gun filler! 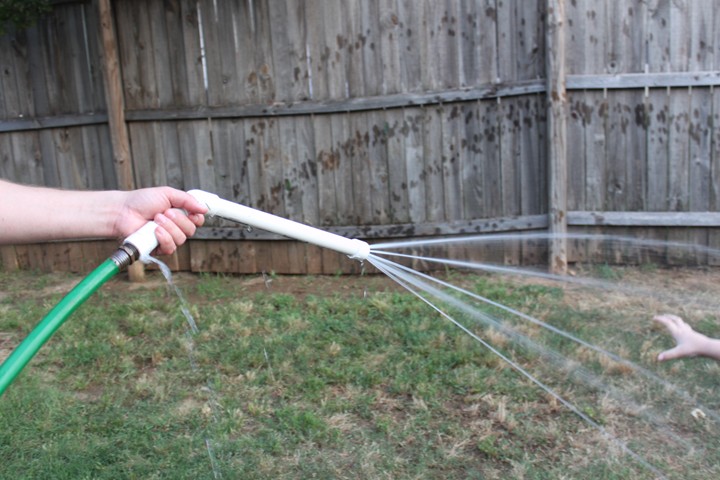 Dad used a drill to make holes in one of the caps, and we made this GREAT water gun!

Tomorrow, I’ll let the boys go out there and make their own designs, and it will be fun to see what they come up with. This was definitely a successful activity!