The boys decided this weekend that they needed Lone Ranger masks! We made some out of black craft fleece and black elastic, and the boys have been playing with them ever since.

Disclaimer: Before sharing this craft, I have to say that I am not recommending the new Disney The Lone Ranger movie that will come out in theaters this week. I’m not saying that you can’t go see it either because I really don’t know that much about it, but it’s PG-13, and does not look like something we want our boys to watch. (My boys are almost 10, 6, 4, and 1.) They are into The Lone Ranger because of the new Lego sets that recently came out and because of the old TV show. I found 10 episodes of the TV show for $5.99 at Kroger! 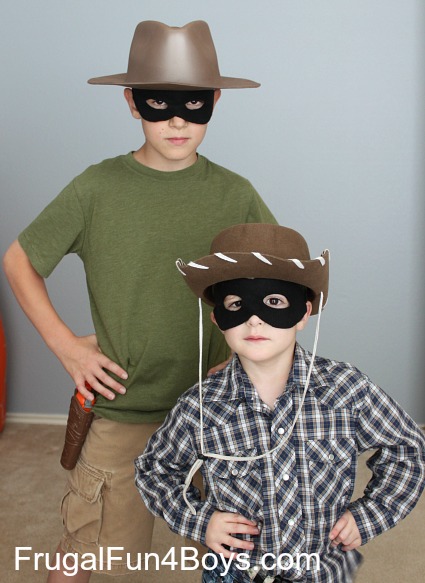 To make a mask, you will need: 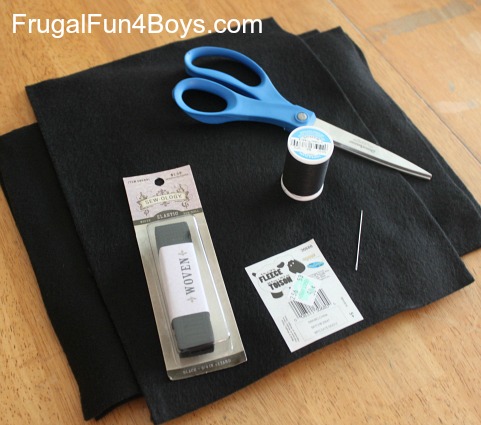 To make the mask, simply cut out the mask shape from the black fleece. Then, sew on the elastic at both sides.

Note: This is not a professional pattern! The eye holes are too small on purpose. My 9 year old was adamant that they not be too big, so we started small and then trimmed them to fit each child. I made this pattern for my 9 year old’s head, and it fit my 6 year old as well, and was a little big on my 4 year old, BUT my 9 year old and 4 year old sons have really small heads! Poor Owen is not even on the growth chart for head size (and he’s just barely on it for weight!). I’m guessing that this pattern will fit an average 4-8 year old.

Please print this pattern for your own use only. Do not distribute it on your site or upload it for others to use (on Facebook, for example). 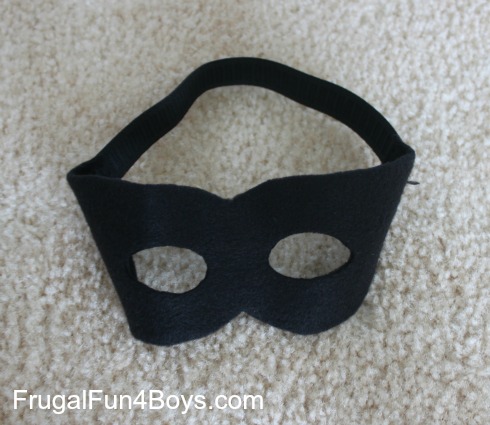 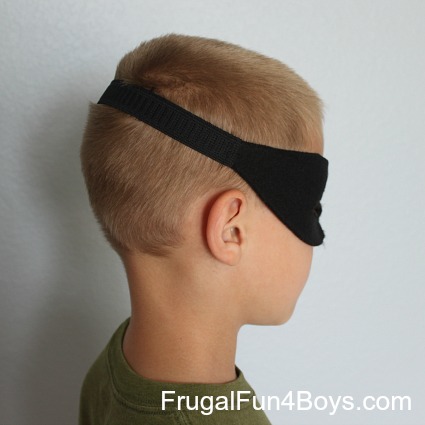 Owen’s faces absolutely crack me up! He is loads of personality in a tiny body! 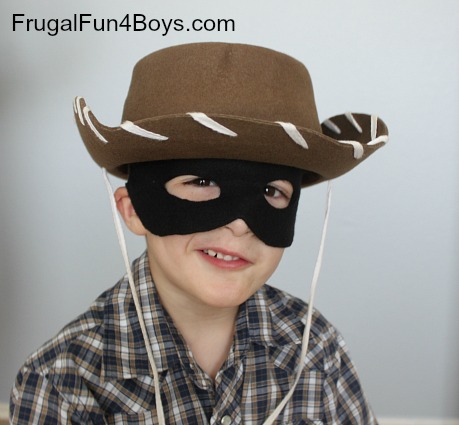 Owen has a cowboy hat that was Aidan’s and then Gresham’s and is now his. Aidan (who instigated this craft) really wanted a hat, but cowboy hats are expensive! I ended up finding a foam one that he is happy with for playing around the house at Hobby Lobby for the bargain price of $3.99! I bought it with a coupon, so it was only $2.39. The hat was a little big for his small head, so we glued some craft foam on the inside. Problem solved!

The boys all want “real” boots and hats, but that will be an expensive endeavor even if we can get away with not getting our toddler anything! We told them they’ll have to pay for half of the cost of the boots if they want them. 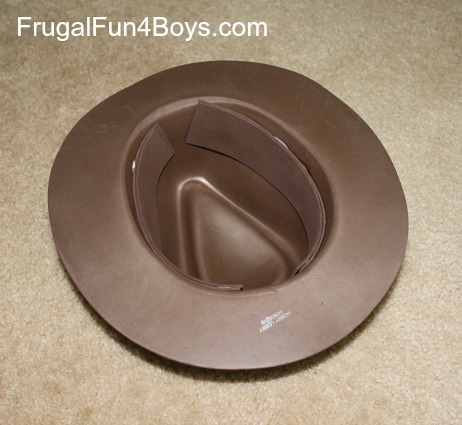 This is the Lone Ranger Lego set that we have – The Lone Ranger Cavalry Builder Set. We actually have three of this set, because all of the boys bought themselves one! The horse in this set is cool because it can rear up on two legs! When I was looking for this site on Amazon, I found that the Comanche Camp set is on sale for $15.97! (Regularly $19.99) I think I’m going to have to order that one for an upcoming birthday boy… 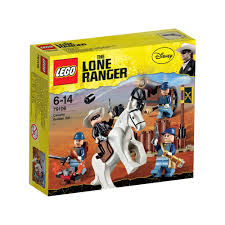