One thing that my boys enjoy doing (and that we really should do more often) is using their toys to make a story. We pose the toys and take pictures of them. It’s kind of fun, in sort of a Toy Story type way… 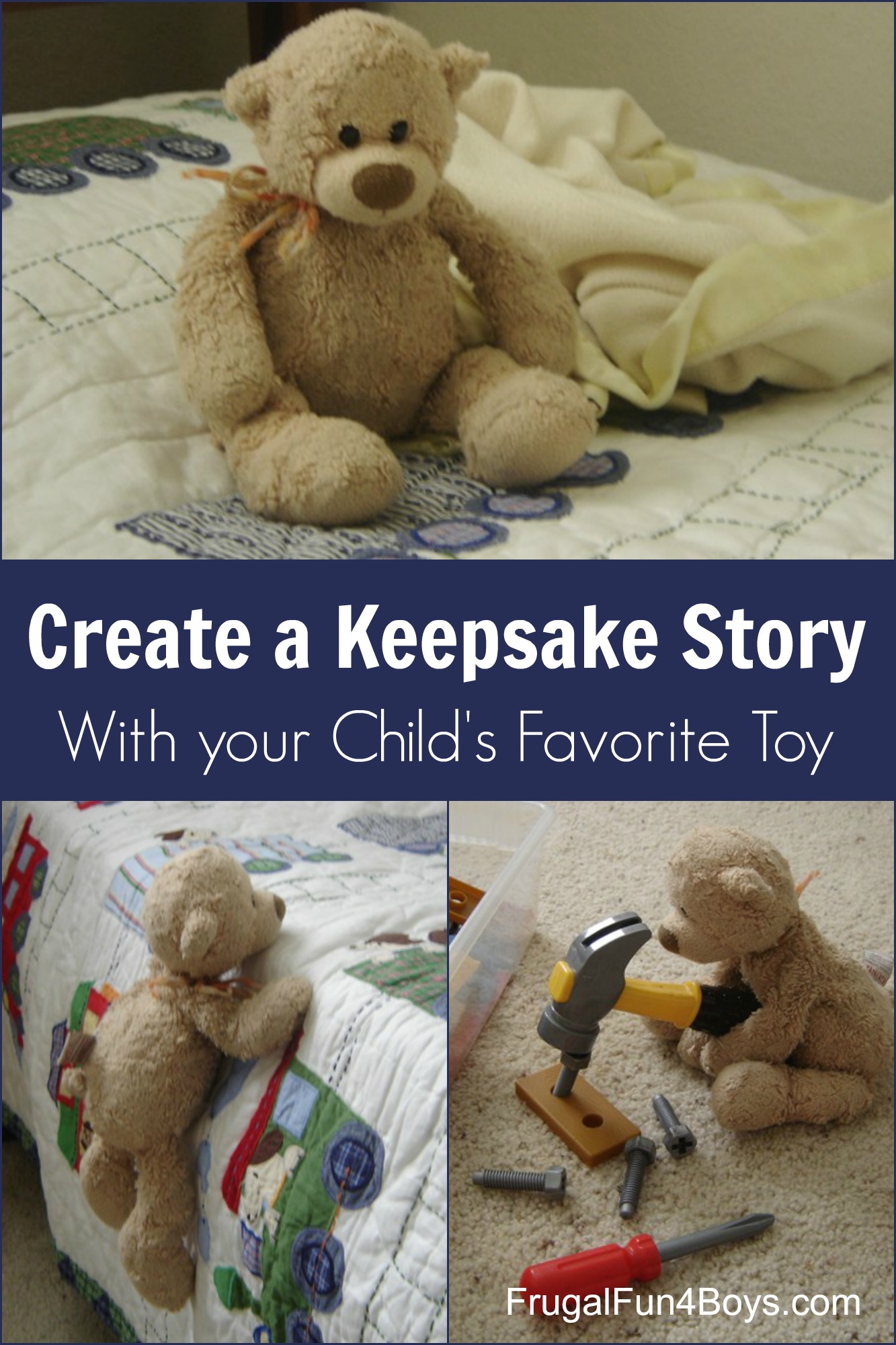 This is a story that I did with my oldest son when he had just turned 5. We used his honeybear – a beloved stuffed bear that he has had since he was born, and that he became attached to around age 2. (In fact, all three of our boys have “honeybears” now. We have purchased a new one from ebay for each new son! The older boys love it that Owen is just starting to hug his honeybear and carry it around!) For the record, he didn’t really come up with the story himself – it was mostly my idea. He helped me flesh out the details. I’m planning to do another one with him this week since learning to write good stories is part of his language arts curriculum.

For this story, we did a CVS photo book when they were having a good sale – I think it was almost free if I remember correctly! We never actually wrote the words down, but Aidan always tells it the same way. When he was four, we did a story with his family of plastic elephants. For that one, we ordered prints, taped them on paper, and wrote down the story. 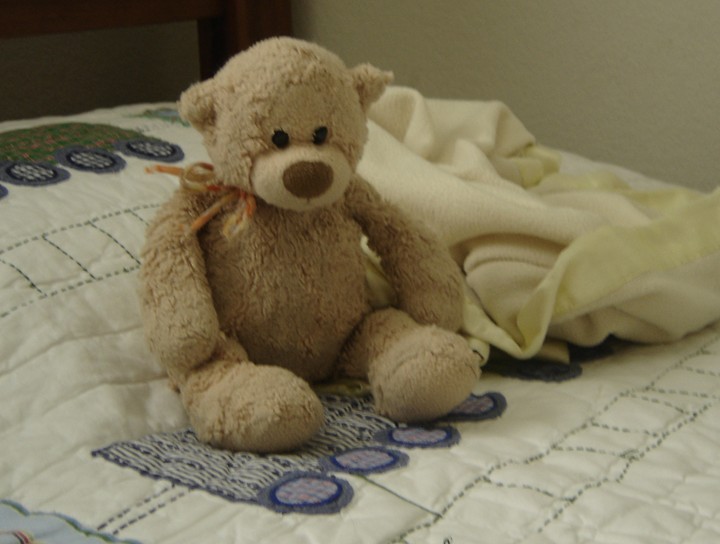 Honeybear was bored. Aidan had left for the day. 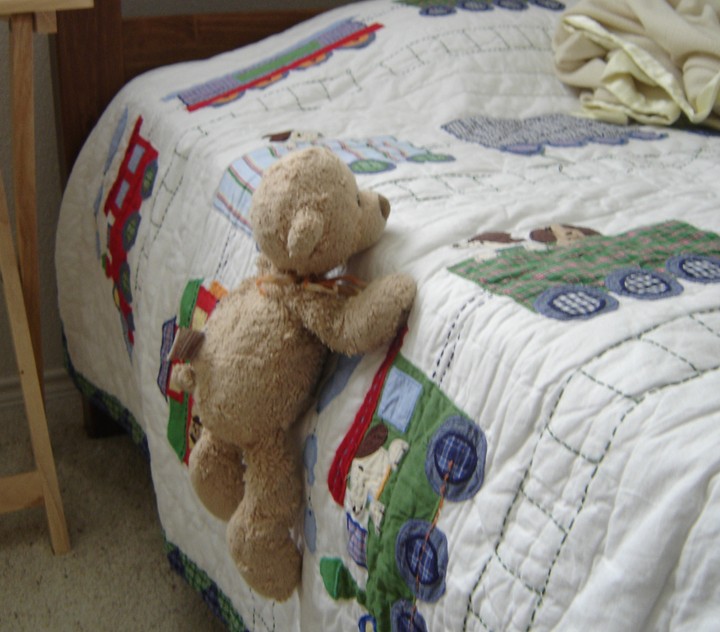 He climbed off Aidan’s bed in search of something to do. 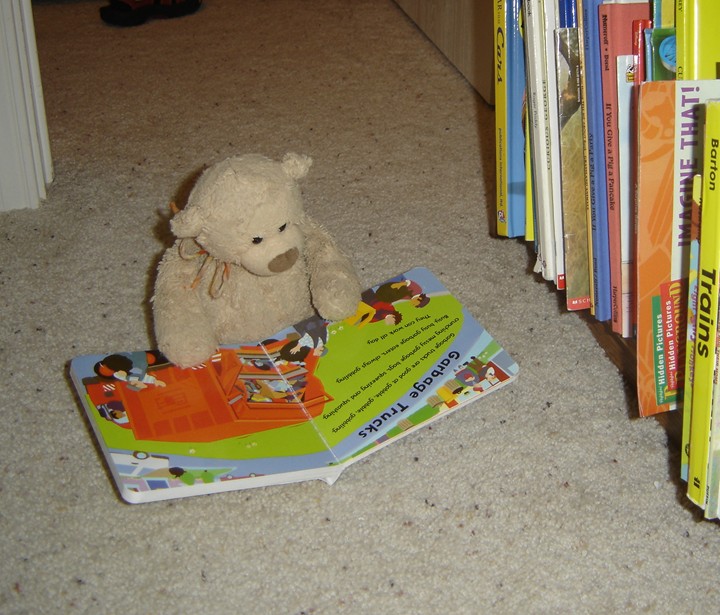 First, he read some books. 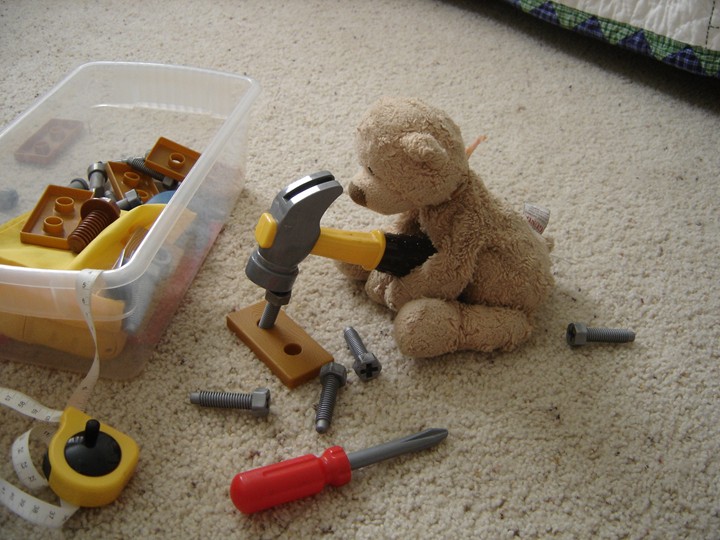 Then he worked with some tools… 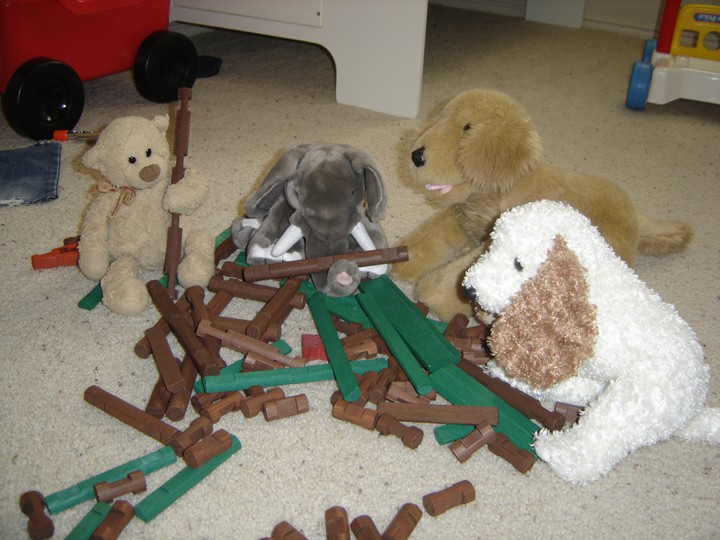 …and played Lincoln Logs with his friends. Suddenly, they hear the garage door open! Aidan was back! 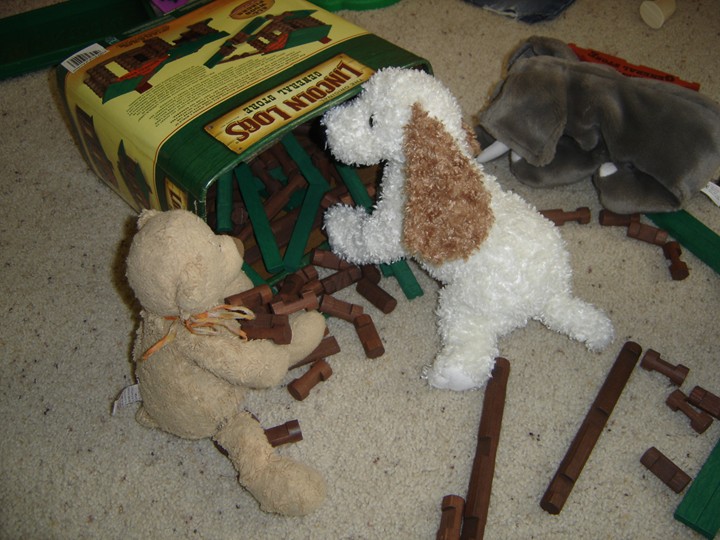 They quickly stuffed the Lincoln Logs into the bucket. 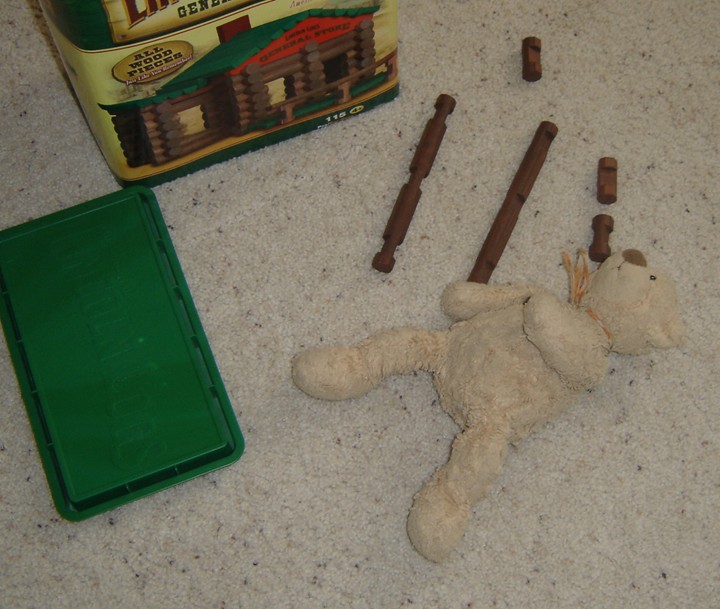 They didn’t quite make it… honeybear collapsed on the floor next to the toys just as Aidan was walking in the door. 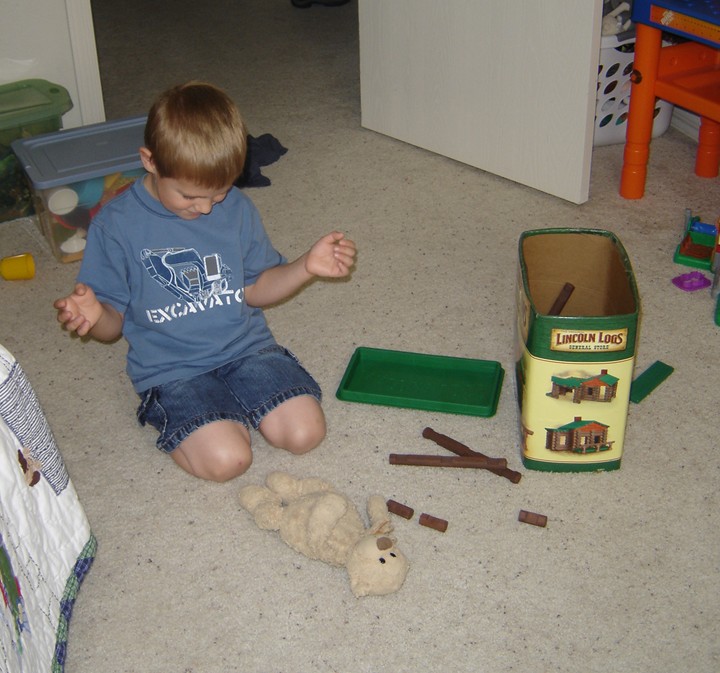 “What is my honeybear doing on the floor? How did he get here?” 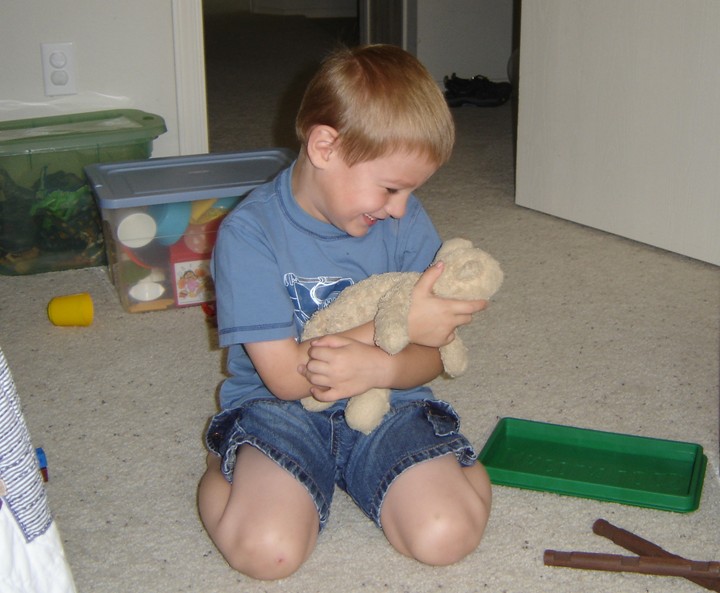 “Oh well, I love my honeybear!”

This is a great activity because it is fun for parents as well as kids! Linked to Works for Me Wednesday