This weekend, we did a fun project from the May 2010 issue of Family Fun magazine – a marshmallow catapult!

Actually, we didn’t have any marshmallows, so we have been launching cotton balls. This was a fun craft that was fairly easy to make, although it is definitely not one that kids can make all by themselves. The boys were happy that it works like a real catapult, and I was happy that there was no risk of damage to the house!

For this project, you will need: 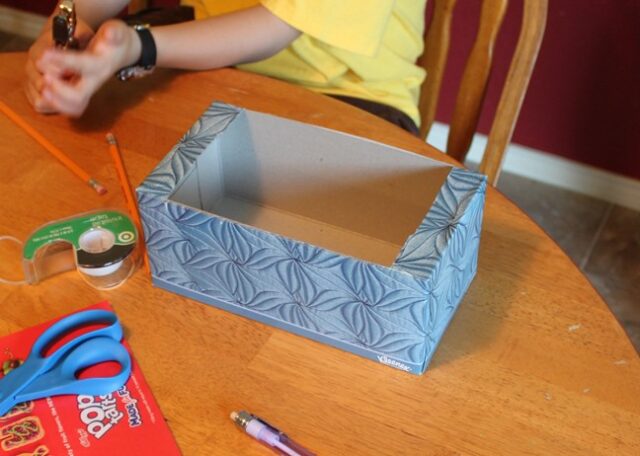 Step 1. Make the opening of the box larger but cutting it as shown.

Step 2. Punch a hole 2 inches from one end and 1/2 inch down from the opening of the box. Make a matching hole on the other side of the box. Use the pen to make the holes bigger so the pencils can fit though (we didn’t need to make them much bigger). 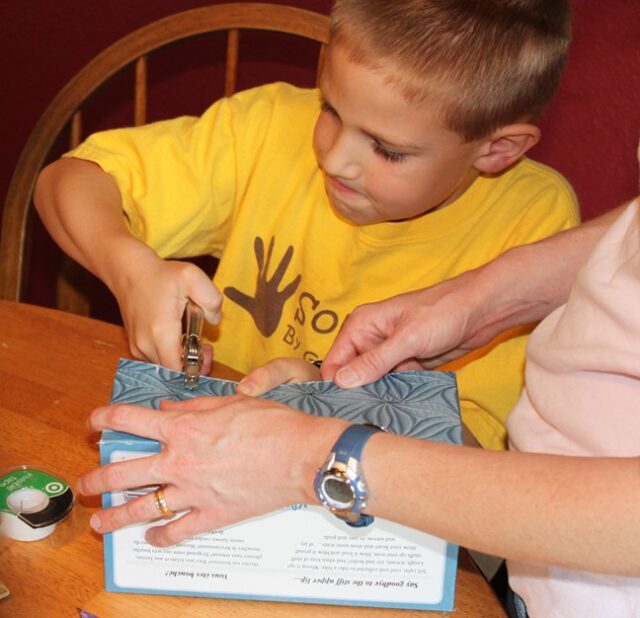 Step 3. In the center of the far end of the box (the opposite end from where you punched your two holes), poke a hole with the pushpin 1/4 inch up from the bottom.

Step 4. Use one rubber band to tie the pencils into a cross shape, as shown. The magazine said to cut the rubber band and use it as a strip. I couldn’t get that to work, so I used an uncut rubber band and wrapped it around the two pencils. Loop the other band around the 2 inch pencil section, as shown above. 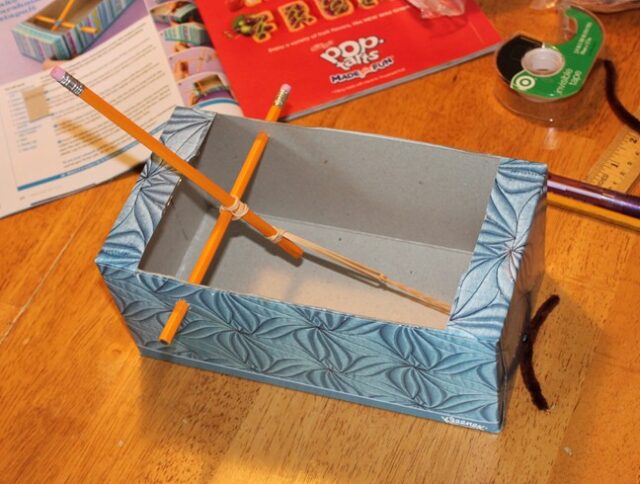 Step 5. Insert the pencils into the box holes. Fold the pipe cleaner around the rubber band loop and poke both ends through the hole near the base. Spread open the pipe cleaner ends and tape them to the outside of the box. Attach a plastic cap to the end of the pencil with glue. (We ended up using hot glue because tacky glue didn’t stick, even after clamping it for an hour…) 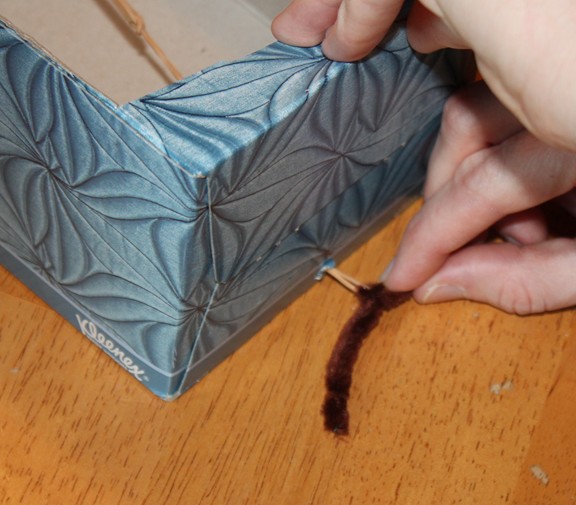 Here is a picture of how the pipe cleaner end works. I ended up using two rubber bands looped together, because one wouldn’t stretch all the way to that hole. Our catapult now has less torque, so it doesn’t shoot as strongly. One long rubber band would probably work the best. 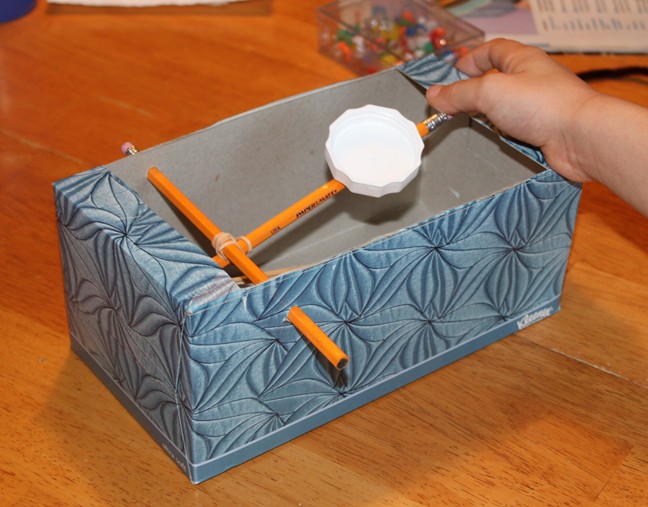 Here is how the finished catapult should look! We are holding it down into this position. In this picture, the catapult is ready to shoot. Simply let go, and the pencil flies up and flings the marshmallow!

We live in Texas, where it is way too hot to go outside, and this project was a fun way to let off a little steam!