This LEGO® activity is a great way to introduce the concept of multiplication to 2nd and 3rd graders in a very hands-on way. Math doesn’t feel like work when you’re building with LEGO®! And the best part of this activity is that you are actually introducing your child to grouping, multiplication, division, and the commutative property all at the same time.

I would highly recommend this activity if your child is an especially visual or tactile learner, or if you think your child does not “get” the concept of multiplication after being taught it in a more traditional way. 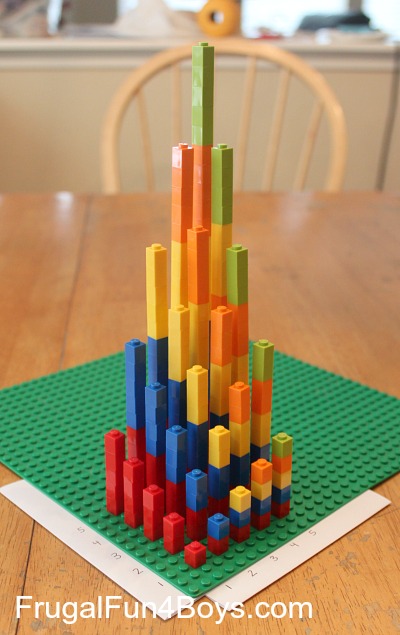 To build the multiplication graph, you will need:

I ordered the blocks from the Pick-a-Brick section on lego.com. It cost me $29 including shipping, but we have invented several math activities with these bricks (more posts to come!), and it has been totally worth the cost. If you have a large LEGO® collection, you might be able to just use what you have. It doesn’t matter what colors you use, but it is best if you have the right numbers of each color specified above. The multiplication concept is not as clear with random colors.

Step 1: Label your base plate. I taped paper to two edges and labeled the rows of dots with 1, 2, 3, 4, 5 on each side. I skipped a dot row between each number. 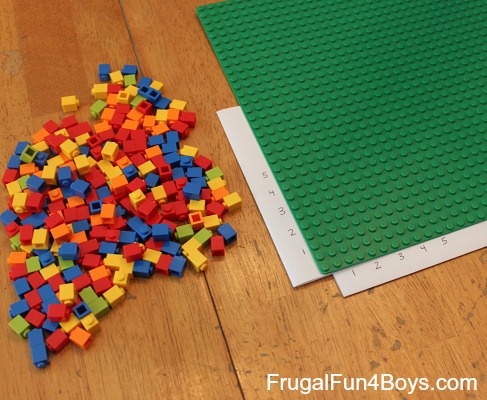 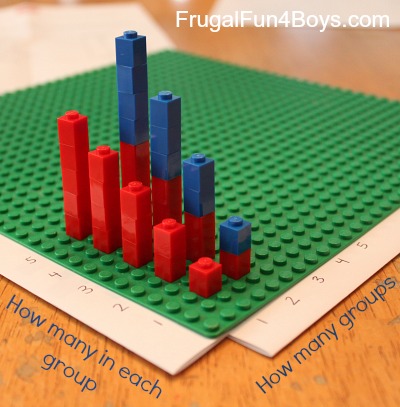 Step 3: Make observations along the way.

We discovered that each tower has a “match” on the other side of the graph. The colors groupings are not the same, but the height of the towers match. Upon further investigation, Gresham discovered that 3 groups of 4 matches 4 groups of 3, etc. What a great discovery – this is the commutative property! As we went along, I asked Gresham to predict which tower the tower we were currently building would match. 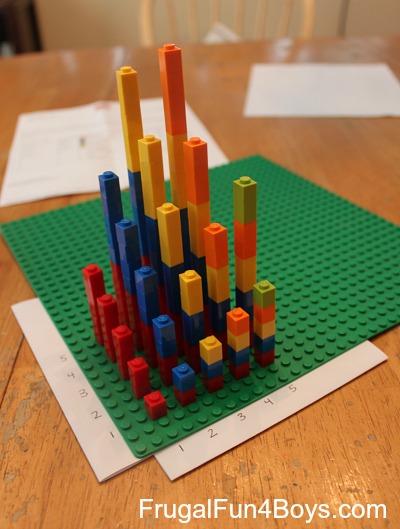 The finished graph lends itself to interesting observations if you look at it from different angles.

This is a fun angle… 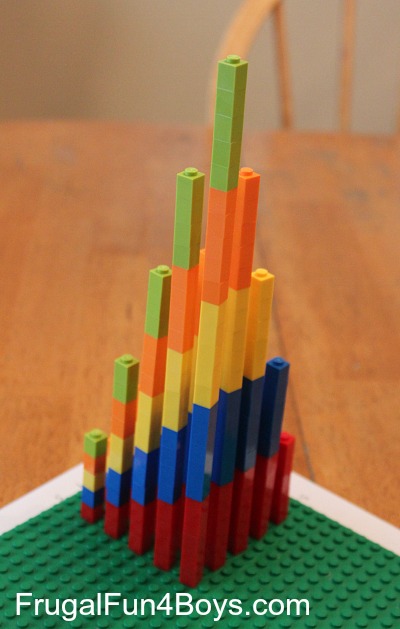 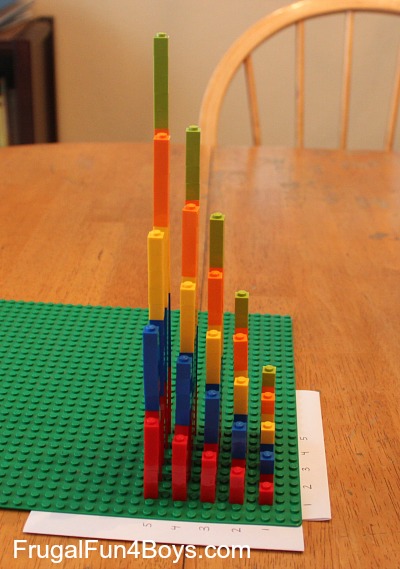 We left our graph up for a few days and then took it apart. I’m planning to build it again with Gresham (2nd grade) because the repetition will help cement the concept in his mind. Math drill and worksheets definitely have their place, but I love activities like this that develop mathematical thinking!