Here are some fun Minute-to-Win-It style games that the whole family will enjoy!  For this post, we chose games that are easy to set up with simple materials and that appeal to a wide variety of ages.  My boys love silly stuff like this! 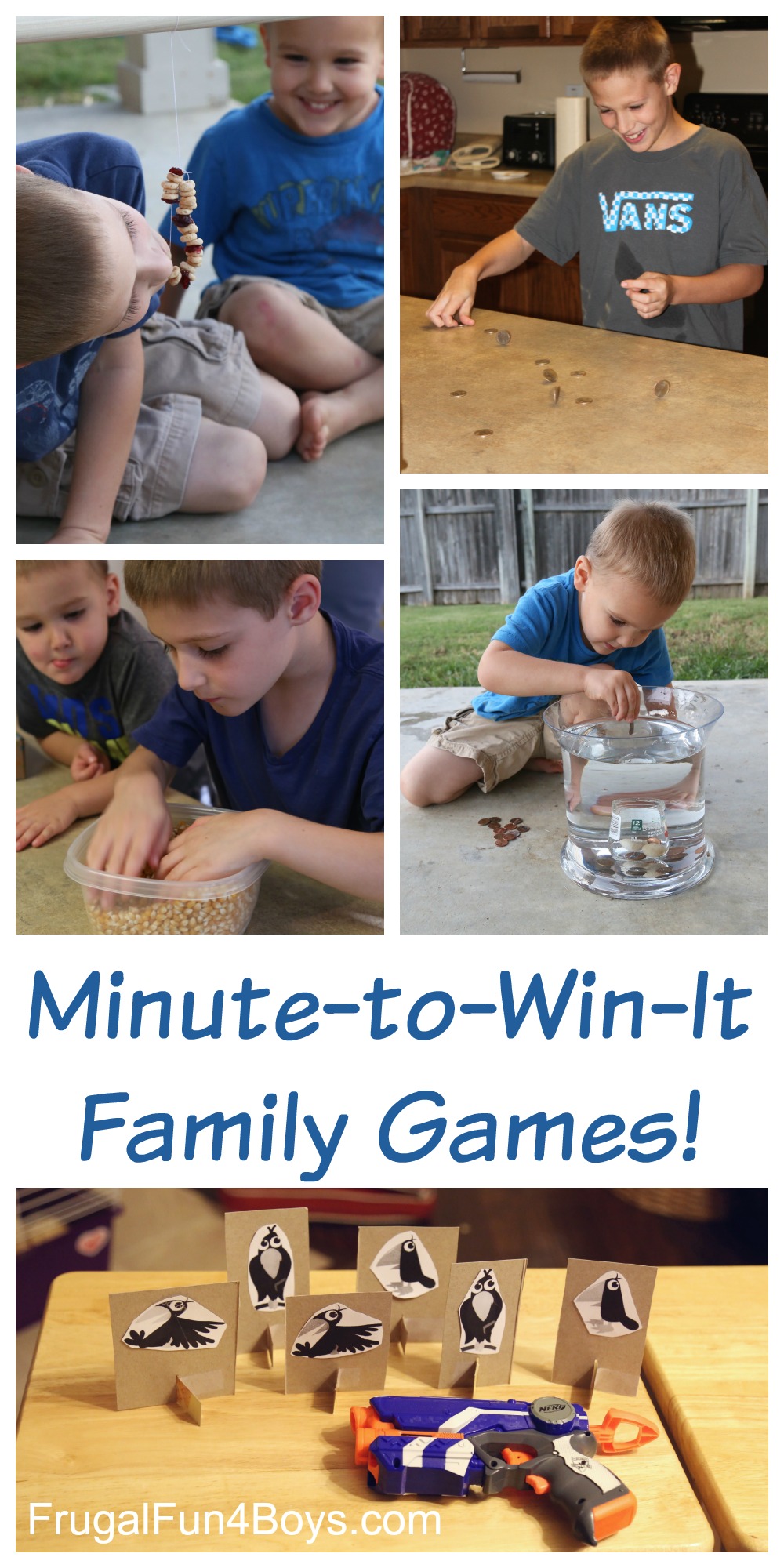 For this game, I used a needle and thread to string Cheerios and raisins.  I made it into a loop, like a bird feeder that a child might make.  Then I hung it across a dowel rod stretched between two chairs, and the boys had one minute to try to eat all the cereal and raisins off without using their hands!  (I don’t remember how long it really took – the minute is not as important to them as just doing the silly challenge.)  Owen especially thought this was hilarious! 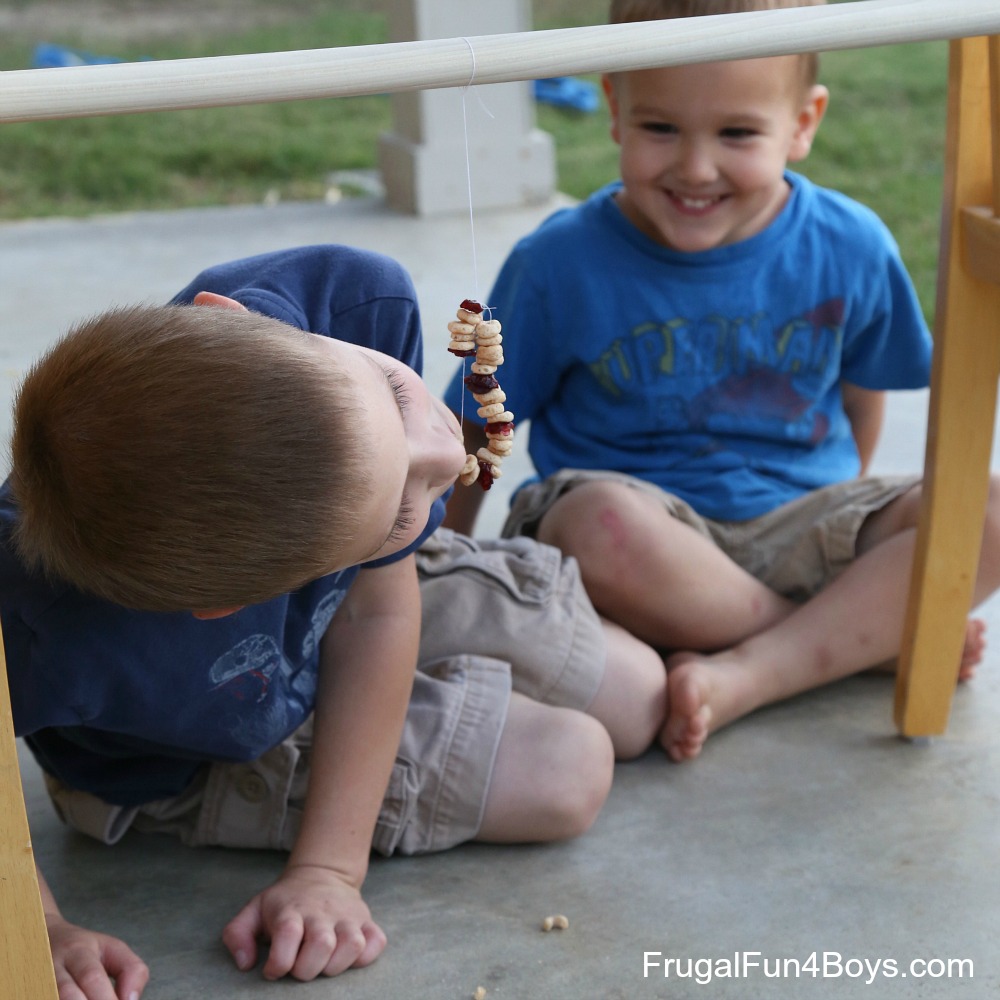 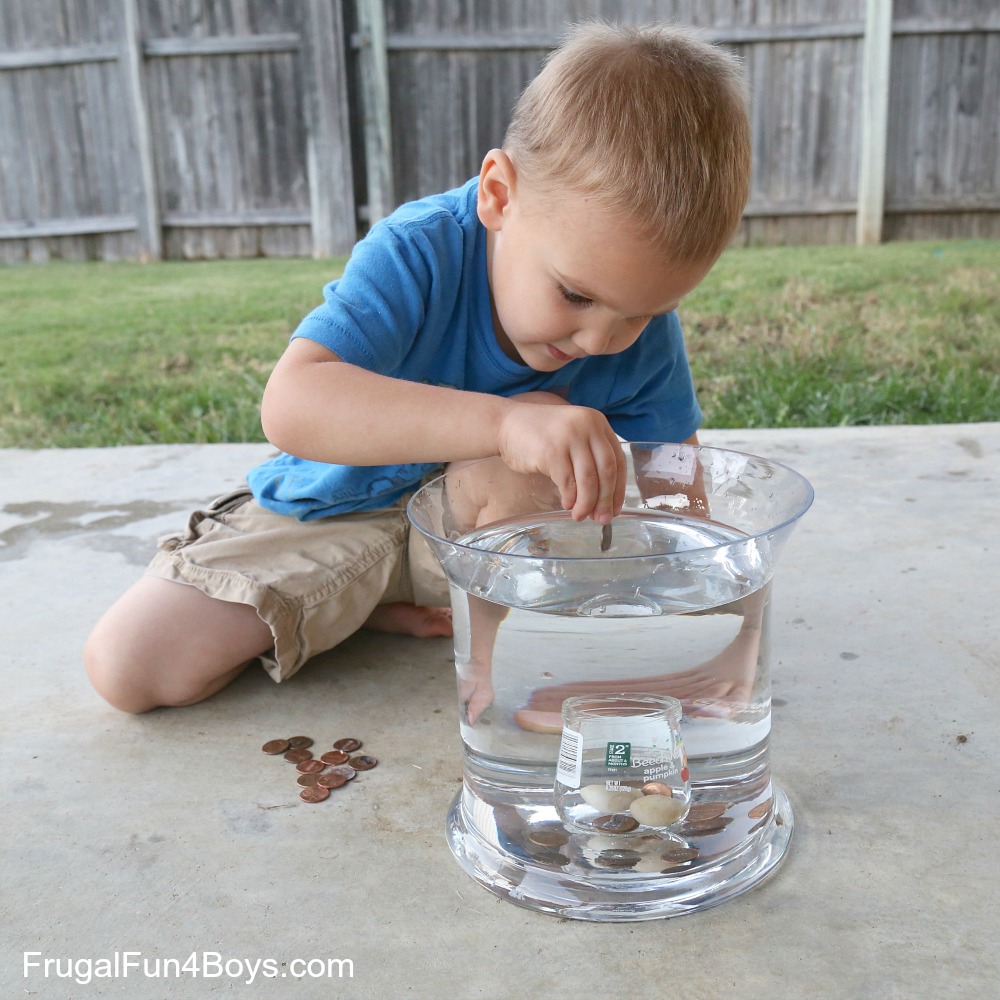 Our challenge was to see how many pennies we could get inside the jar in one minute. (There are rocks in there to weigh down the jar, but that was probably not necessary.) 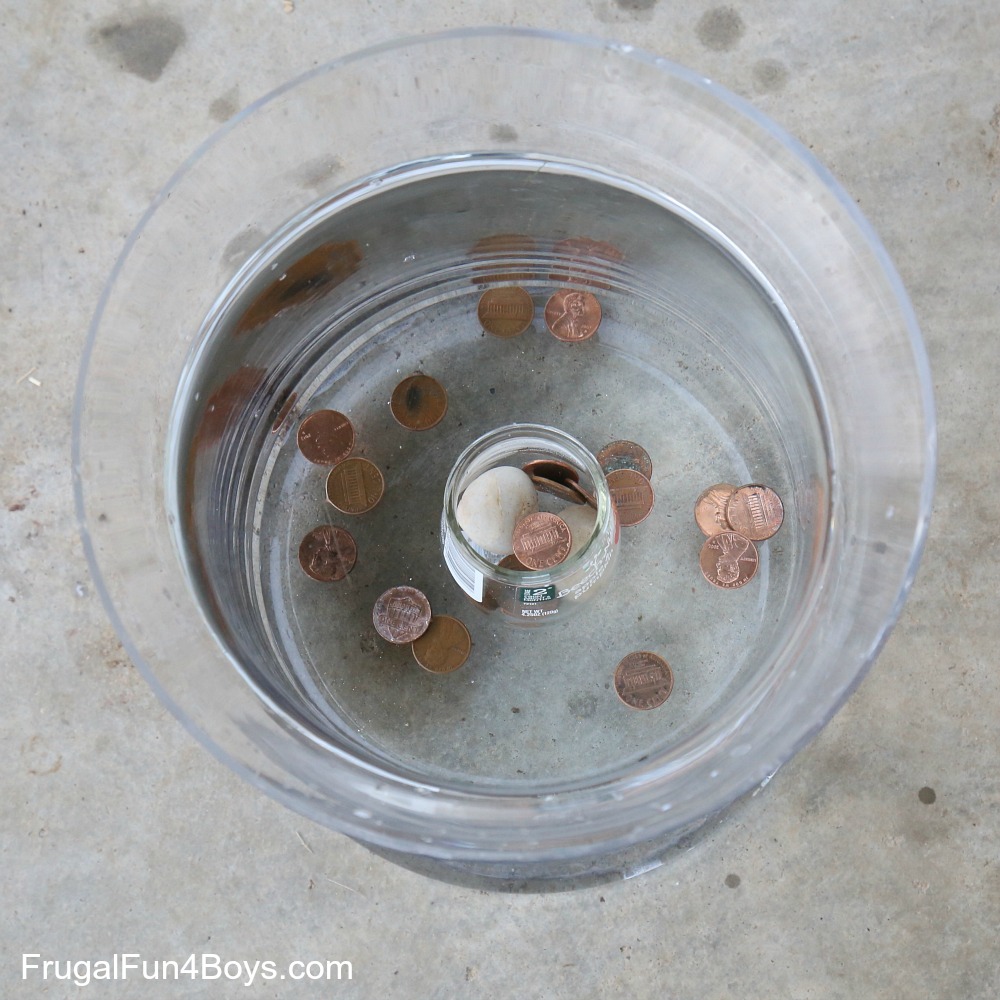 I suppose you could use hay and make it a haystack, but corn is easier and (for the most part) less messy!  I colored three kernels of unpopped pop corn red with a Sharpie. 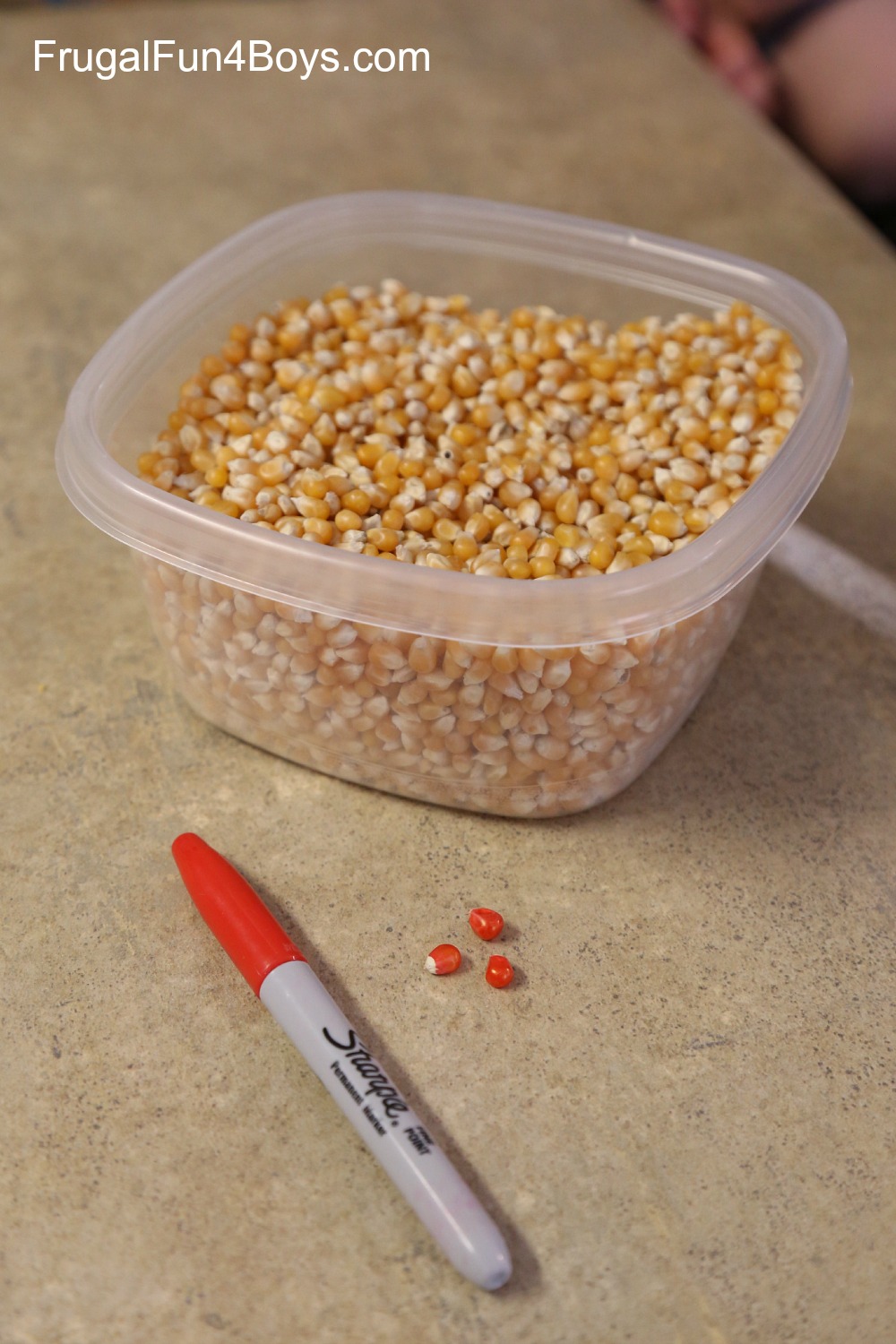 Then the challenge was to find the three kernels in one minute!  You can easily make this game more difficult for older kids by using a larger bowl and more corn. 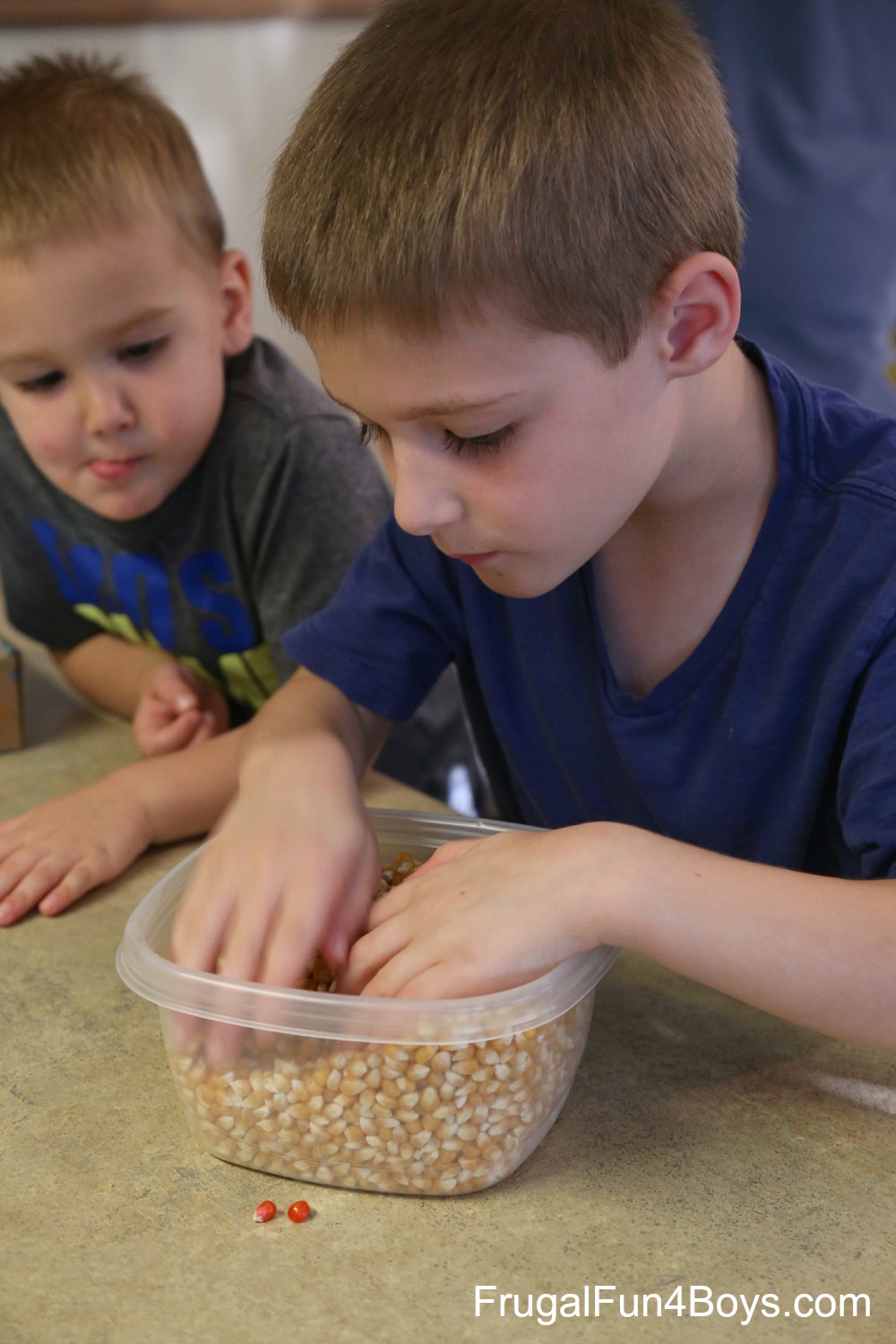 How many quarters can you get spinning at once during a minute’s time?

Since we were playing with a variety of ages, we didn’t put a number on it.  Just had fun spinning quarters.  The boys enjoyed watching how many Dad could do – it was impressive! 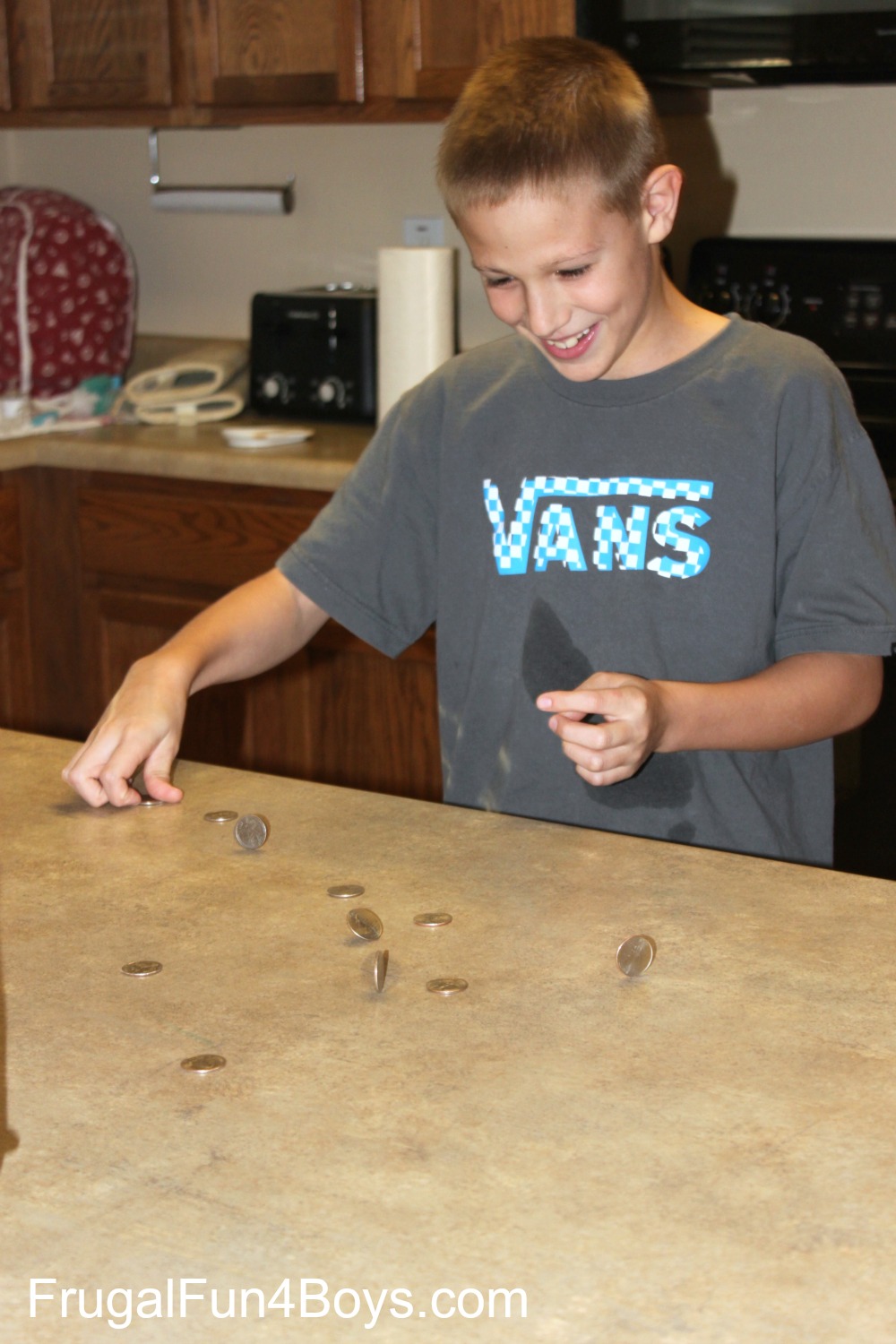 In this game, players have one minute to shoot down 6 crows with a Nerf gun.  (Why crows?  Well, it’s fall and it seemed like a fall thing to do!)  I printed the crows from a google search and then made simple targets out of cardboard. 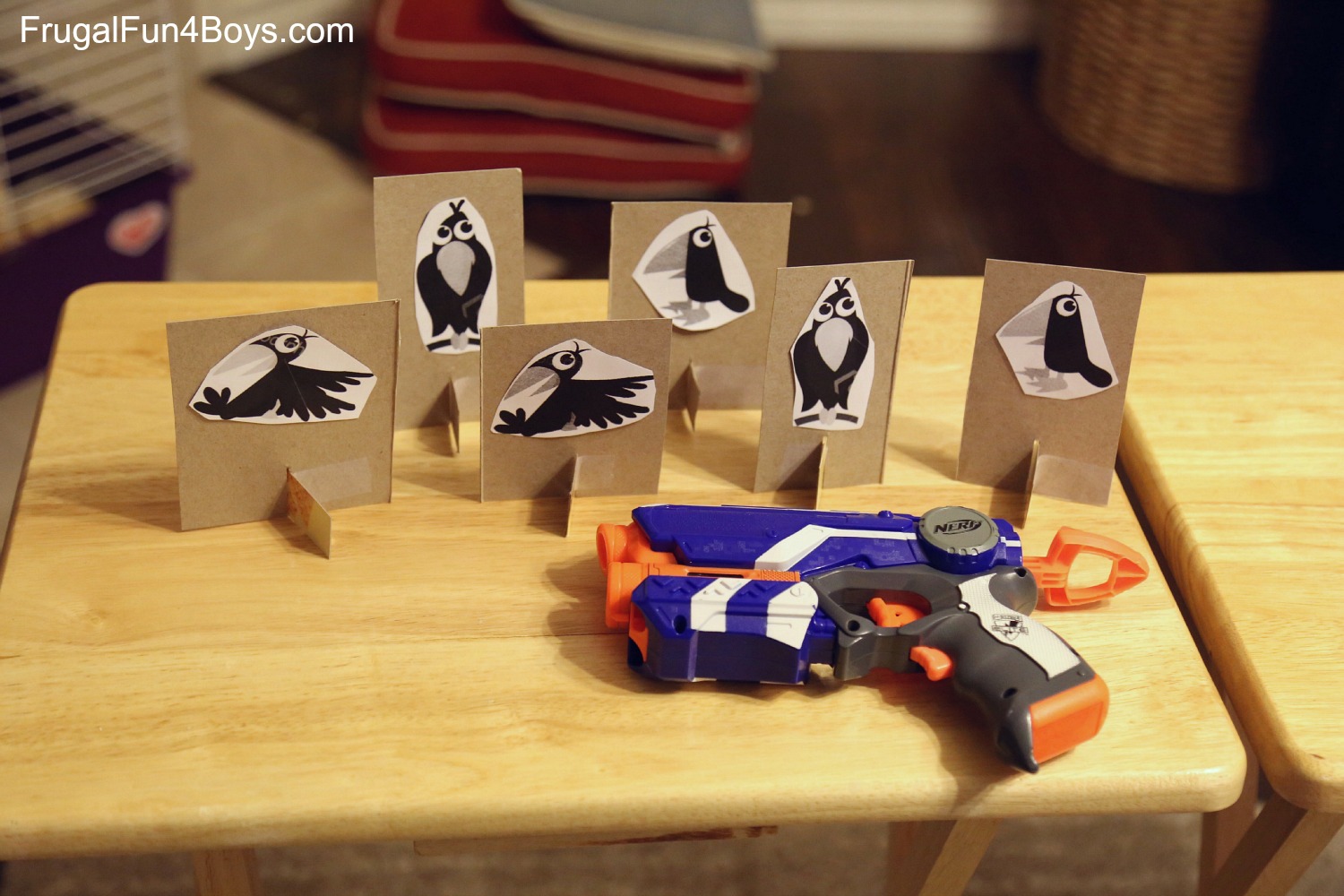