A year ago, I posted about our favorite chapter books for boys in two parts. (You can find those posts here and here.)

Now that Aidan is a year older and has read many more books, I thought I’d post some more titles that we recommend! 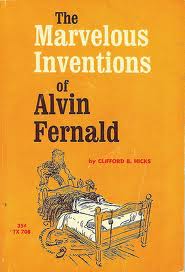 Last week, Jonathan had a doctor’s appointment, and my mom met us there to watch the other boys in the waiting room. She brought along The Marvelous Inventions of Alvin Fernald by Clifford B. Hicks for Aidan to read. He started reading in the waiting room, and finished the book at home later that afternoon! This book is a timeless story of a creative boy-inventor and his hilarious inventions – things like a “sure shot paper slinger” for his paper route. Alvin, along with his friend Shoie and sister Daphne, end up solving a mystery and catching two bad guys with the help of Alvin’s crazy inventions! 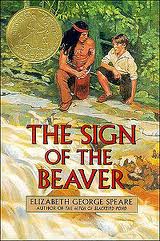 I read The Sign of the Beaver by Elizabeth George Speare out loud to Aidan as part of our Sonlight Core D (American History, Part 1). I would recommend it as a read-aloud for ages 8 and up, and a book to be read independently for ages 10 and up. Aidan certainly could have read it himself, but there were a lot of concepts that he would have missed. This book does a great job of introducing some of the issues between Native Americans and the white settlers who were taking over their lands, while still promoting positive feelings toward both groups. The book tells the story of Matt, a 12-year-old boy who helps set up his family’s homestead alone in Maine while his father travels back to Massachusetts to retrieve the rest of the family. Matt develops a friendship with Attean, an Indian boy, and discovers that he has much to learn about survival in the woods. A great adventure story that will also spark great discussion!

Toliver’s Secret by Esther Wood Brady was another book on our read-aloud list. Aidan enjoyed it, and Gresham (age 5) also sat all the way through this one! In fact, Gresham cried one night when I told him it was too late to read a second chapter! I would recommend this book for boys ages 8 and up and as a read-aloud for younger ones. This historical fiction story tells how 10 year old Ellen Toliver disguised herself as a boy and carried a message hidden in a loaf of bread to another town so that General George Washington could receive the message. Great for kids who like spy stuff! 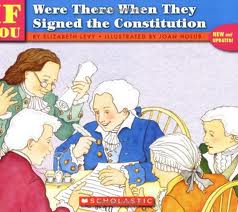 Interesting books with pictures make it so much easier for kids to learn history, and Aidan and I really enjoyed If You Were There When They Signed the Constitution. (There are many other books in this series about all kinds of history topics!) Kids will come away with an understanding of how our Constitution came to be written including who the delegates were that wrote it and the issues they had to work through. 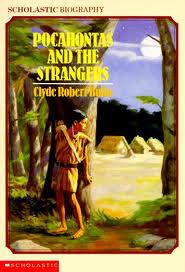 Pocohontas and the Strangers by Clyde Robert Bulla was one of Aidan’s favorite readers this year. He finished it in one afternoon, I think! I haven’t read this one, but he said it was very exciting!

All links are Amazon affiliate links.