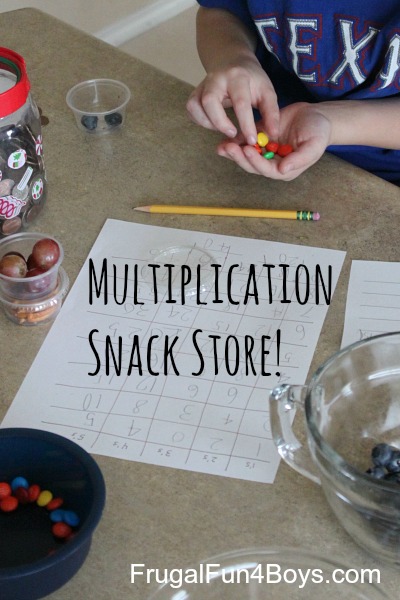 Practicing math facts is so much more motivating when you have an authentic reason to do so. Last week I decided to set up a snack store to practice multiplication, adding, and making change. While we were at the grocery store, I bought a few snacks that would work well for this activity. The boys were happy to see M&M’s in the shopping cart, and asked, “What are those for?” I just said, “Math,” and smiled.

I set up this activity with Gresham’s math level in mind (3rd grade), so he was the store clerk. But a side benefit was that Owen (age 5) was able to work on counting coins and spending money.

This was the store set-up: 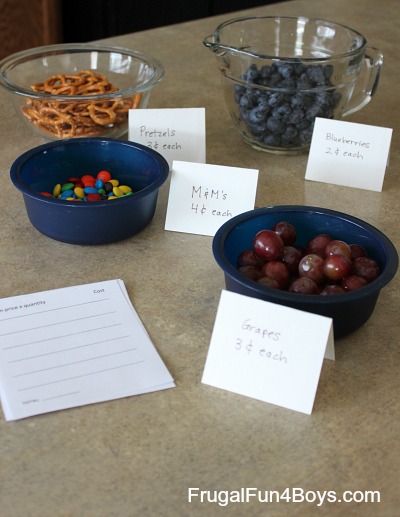 We had four food items in our store: grapes, blueberries, pretzels, and M&M’s. Each food had a price per item. 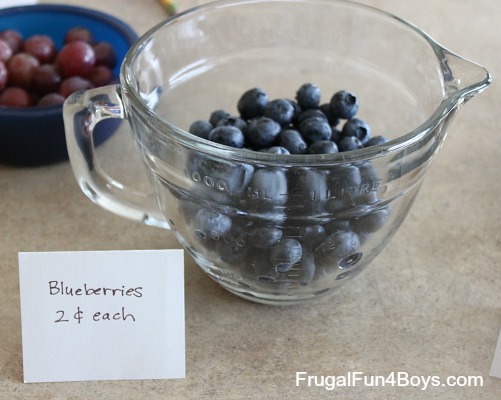 I made some receipt slips in a Word document and printed several copies. 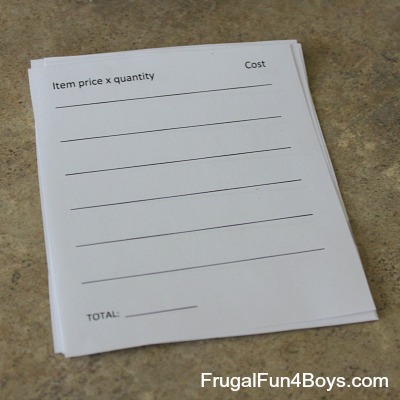 While I was setting up the store, I had Gresham make this chart of multiples to assist him in figuring out how much everyone was spending at the store. (He accidentally started the 3 column with 0, so I had to remind him to skip that box every time he used the 3’s.) 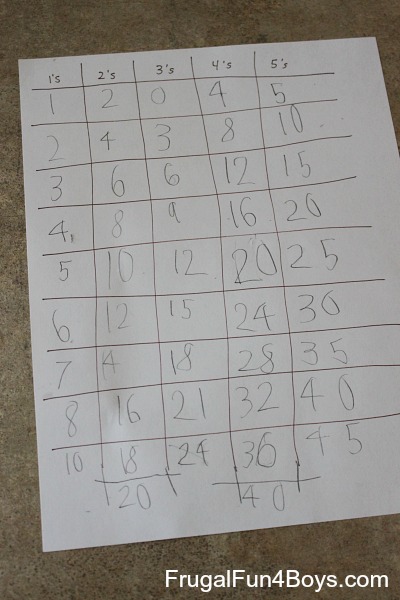 Aidan, Owen, and Jonathan each got 75 cents in real coins to spend at the store. Other than their money limit, the only other rule was that they could not order only M&M’s. Gresham filled out the receipts and put their orders together.

Then Gresham had to figure out the change by subtracting 68 cents from 75 cents and give the correct coins back. 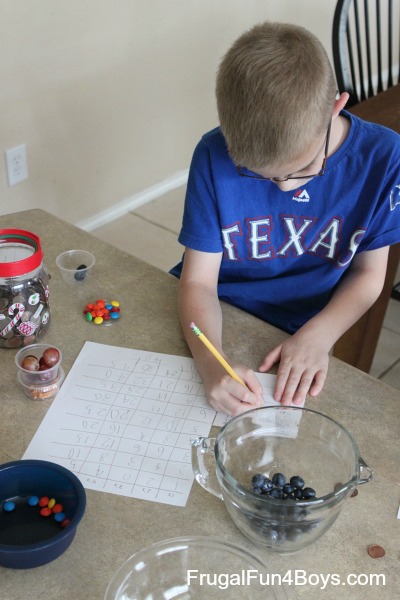 Obviously, this was not enough food to fill them up. We finished playing store, and then I let them have more to eat out of the food we had out. Another option would be to give out more money at the beginning. I kept it at 75 cents so that the numbers would not overwhelm Gresham, who is new to multiplication.

This was so much fun! In fact, it was fun enough that the boys abandoned their TV show when Jonathan came down from his nap so that they could give him a turn at the store. Then when Dad got home, Gresham gave him $1.00 to spend and let him go shopping for snacks. Real-life math applications are the best!