Turn a cardboard box into an army guy shooting gallery for Nerf guns!

Plastic army guys are a great target to shoot. They’re fun to knock over, and the price is definitely right! In general, we prefer to use Nerf targets that are not people. Shooting army guys doesn’t bother me though – maybe because they are not very realistic at all. If you’d rather do a different game, we have lots of other Nerf options on this site! Another idea is to use something else for the targets such as those tiny red plastic cups in the openings. 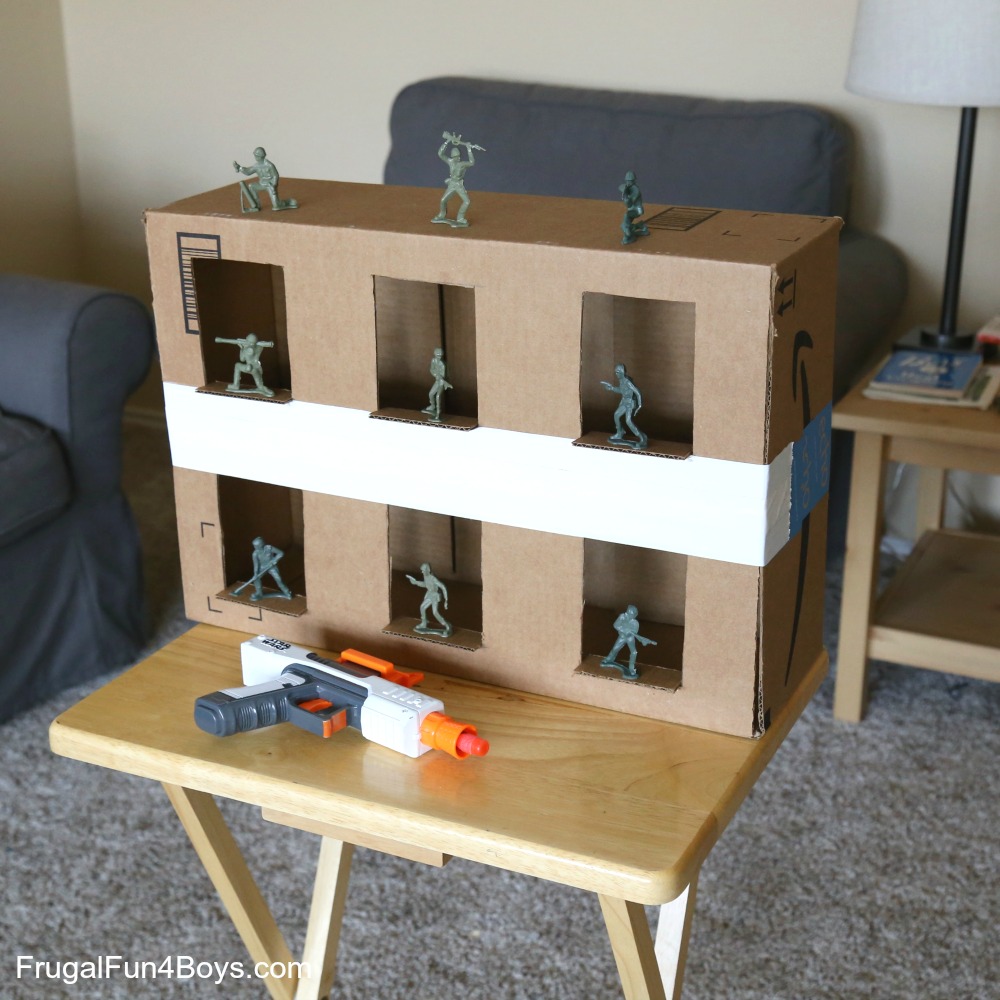 We built the game with a cardboard box. My husband used cardboard from cutting out the windows to create ledges for the army guys to stand on. We used hot glue to attach the ledge pieces to the window openings.

The nice thing about this game is that the army guys fall back into the box rather than flying all over the room! After they have all been knocked down, it’s easy to dump them back out of the box again. 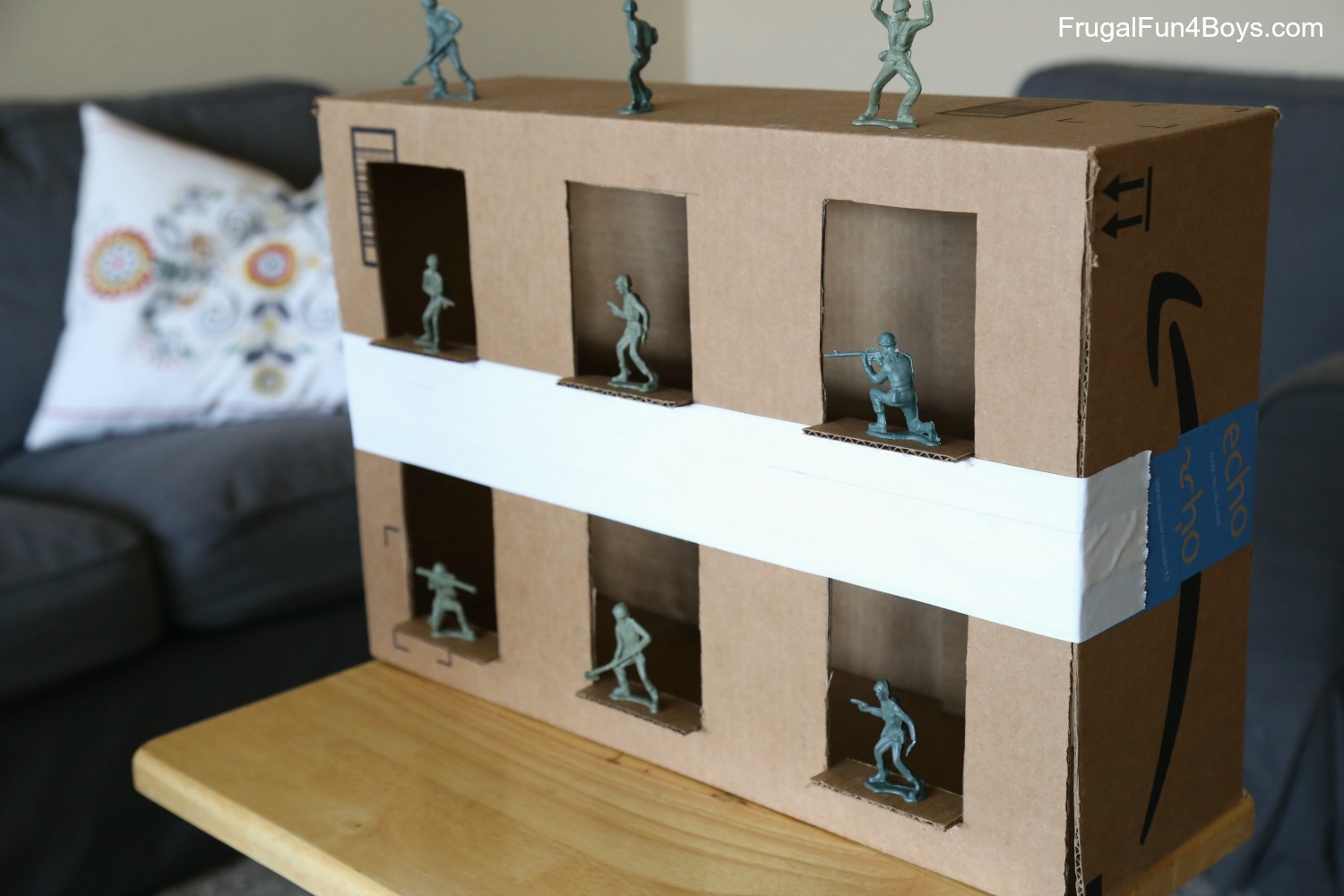 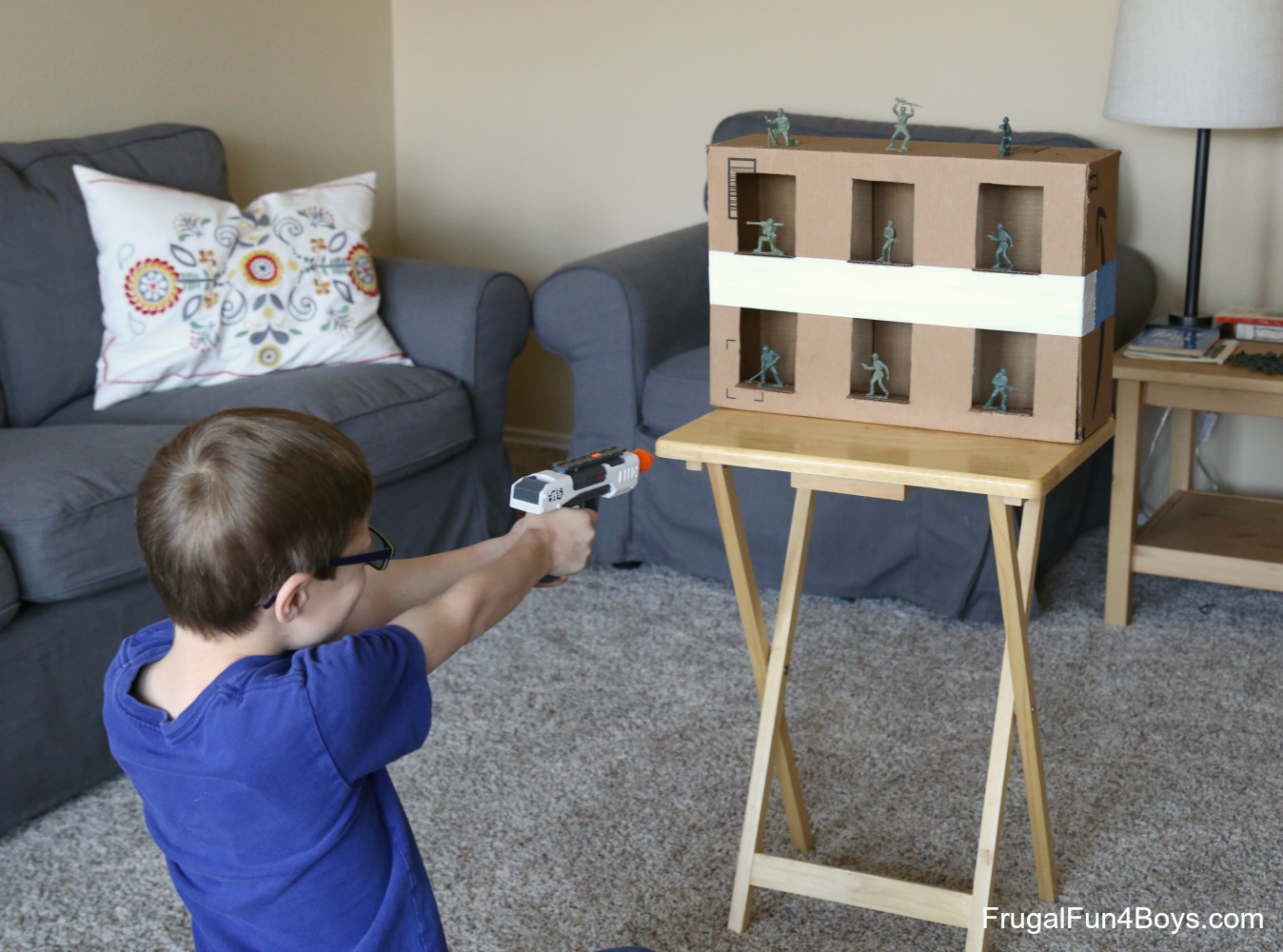