Here’s a fun Nerf target game – and this one has hidden prizes to discover when you hit the target!

As far as targets go, this one is not the best for just playing because it’s not something that you’ll want to set up over and over. But it’s a perfect party game for giving out treats!

To make the game, I hot glued 12 plastic cups to a piece of heavy duty poster board. Then I put a hershey kiss in each one. 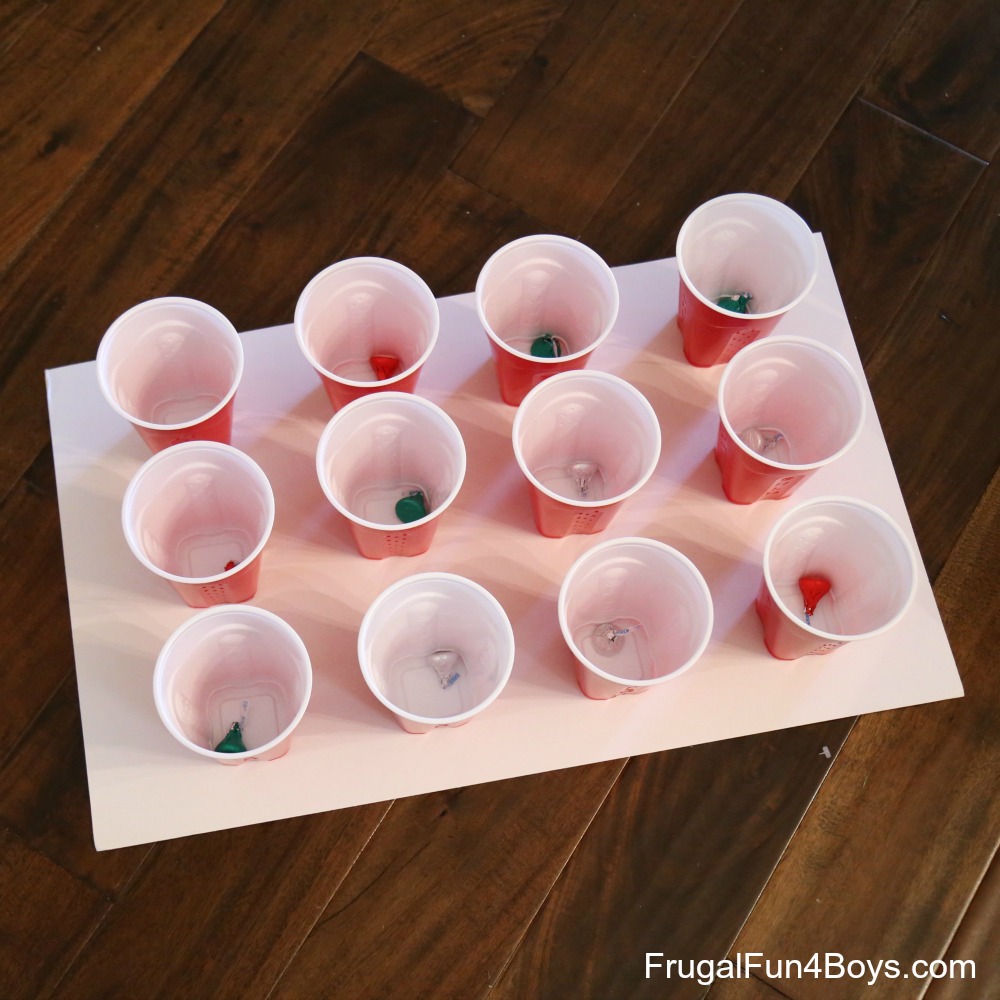 I traced a cup to make tissue paper circles and hot glued one to the top of each cup. Pull the tissue paper as tight as possible when gluing it. 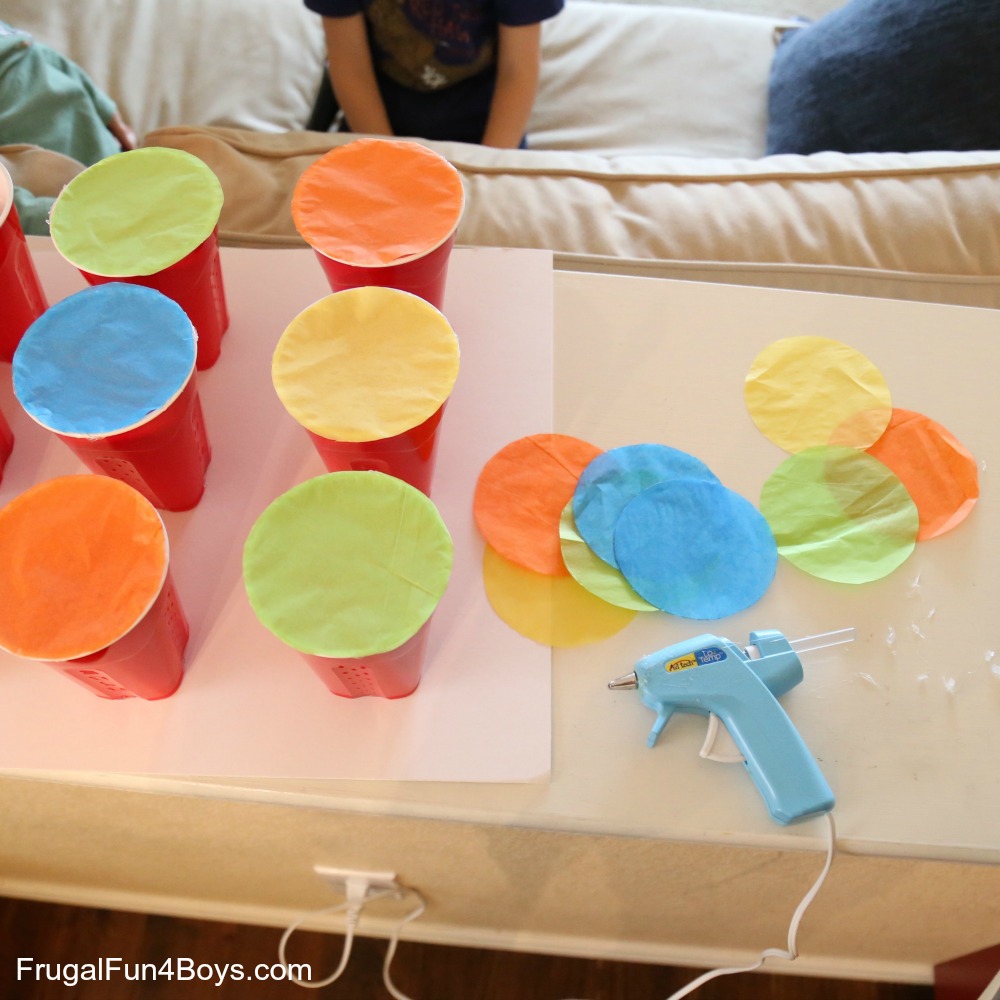 Then it was time to shoot! The boys had a great time. 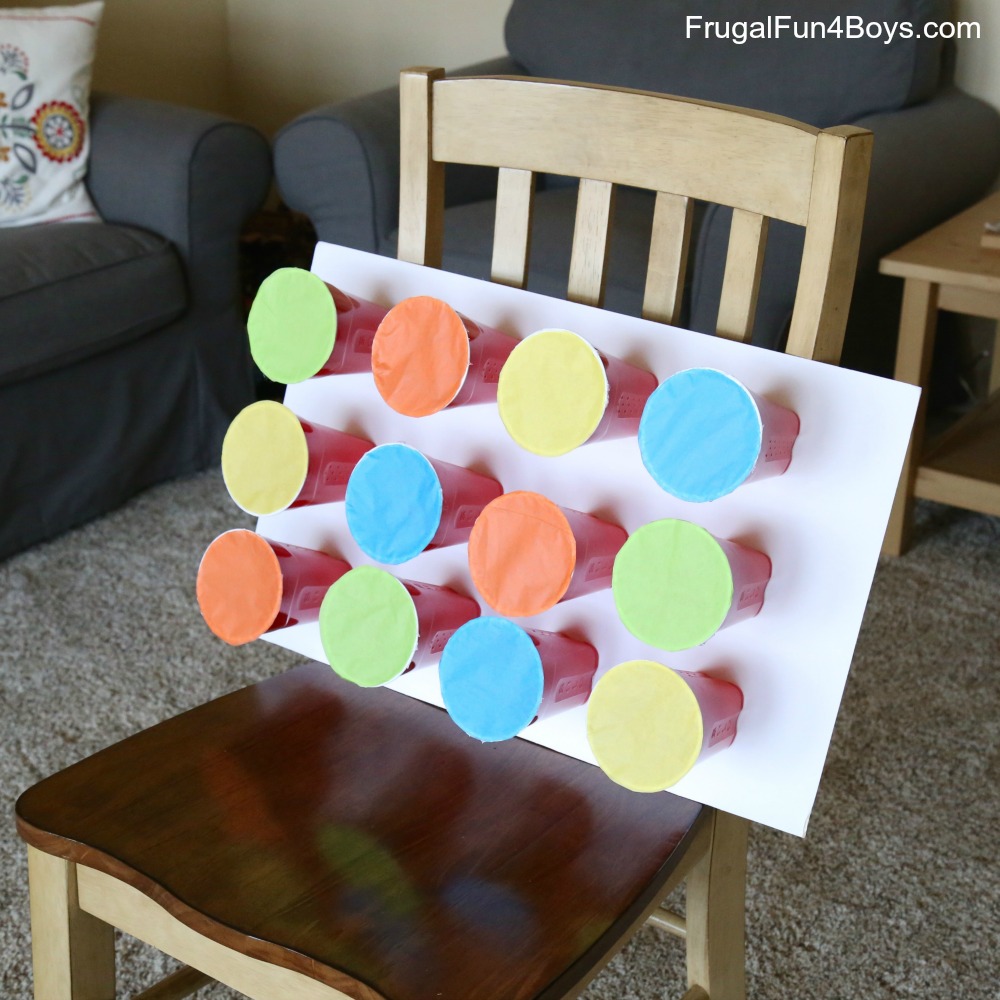 If you’re planning to use this game for a party, I would definitely recommend testing it out first to set the distance that the shooters should be from the game. If they are too far away, the darts won’t break the tissue paper. If they are too close, it’s too easy! 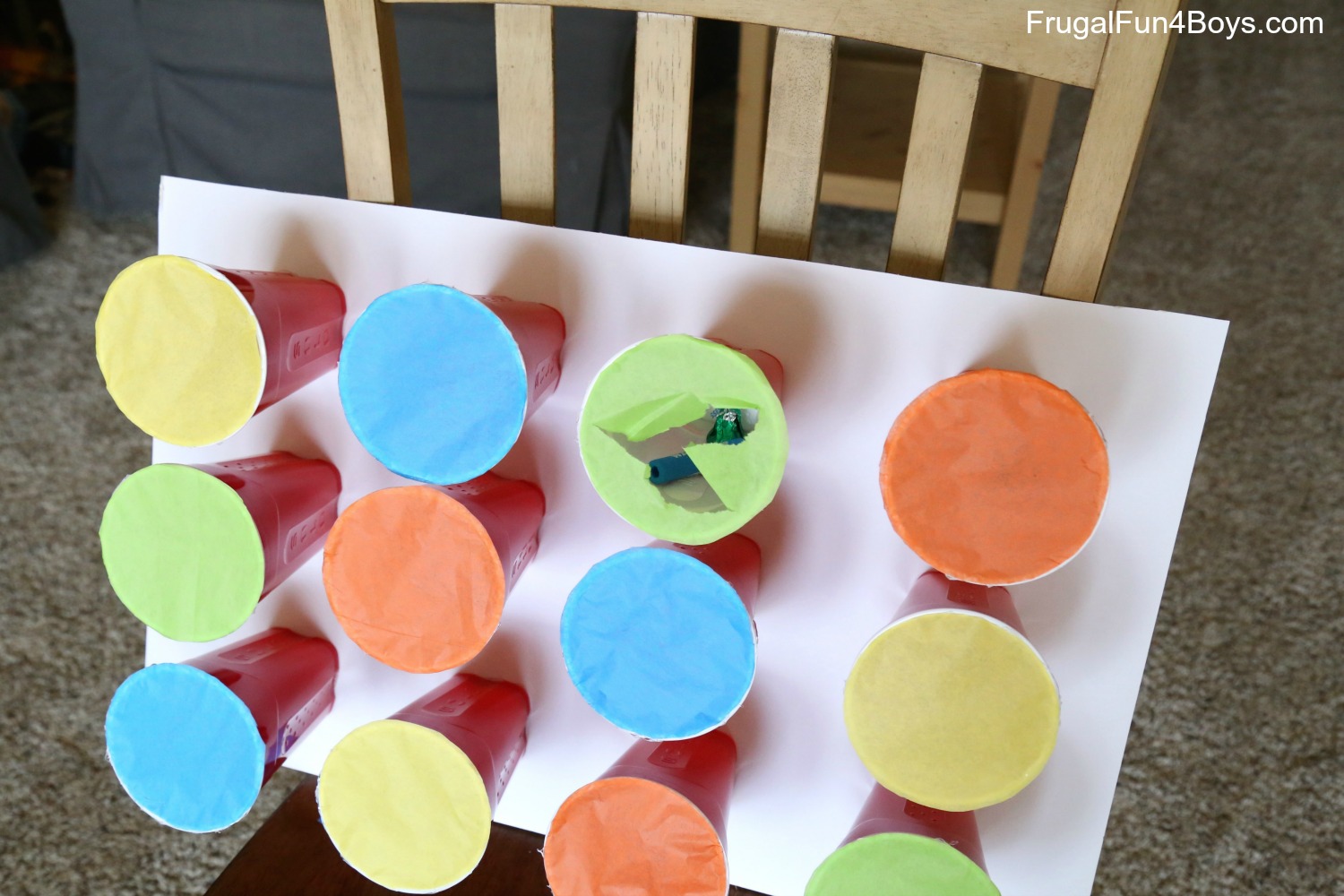 After a player breaks the tissue paper, they can collect their prize! (The darts ended up inside the cup.) 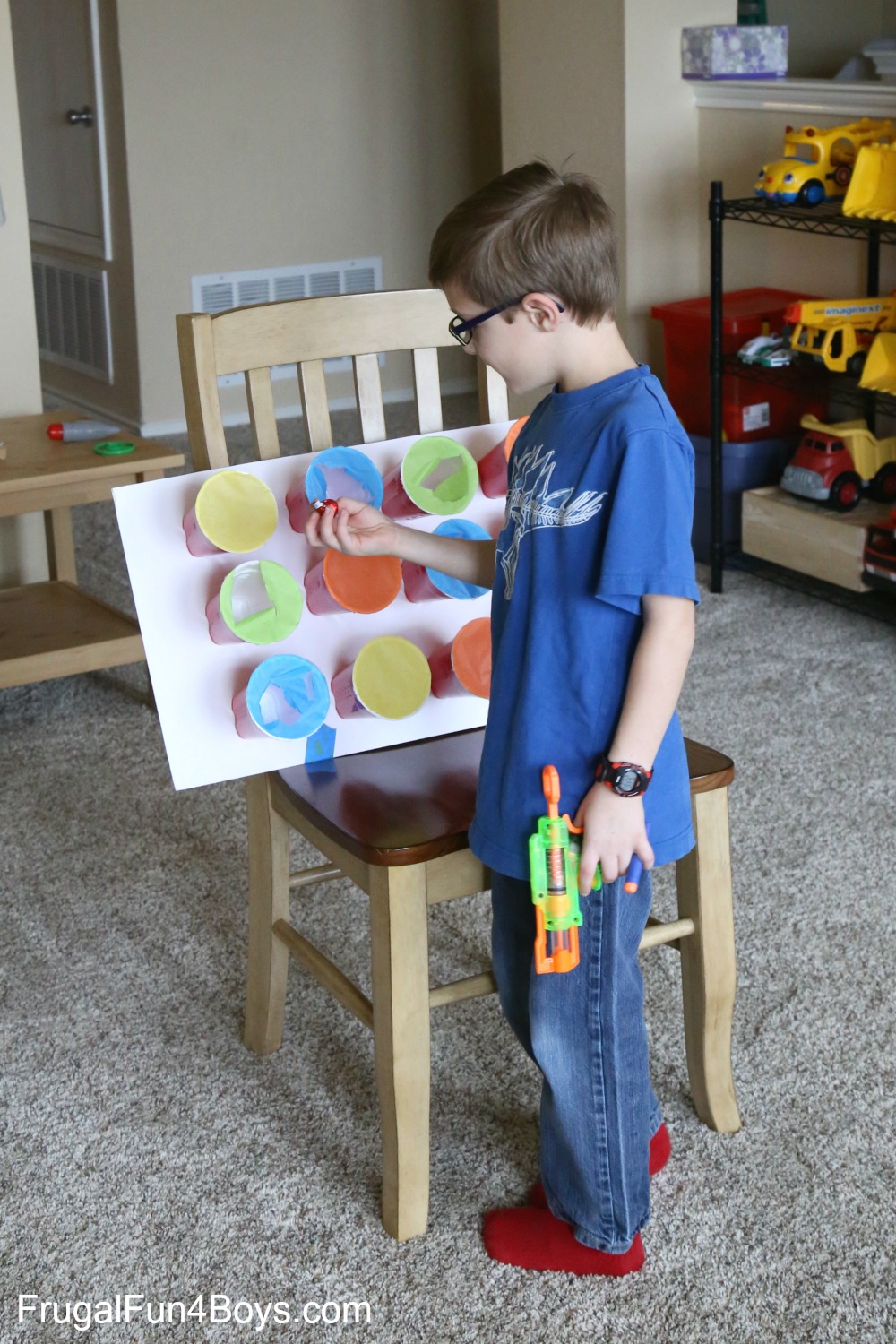 Note that the tissue paper only ripped enough to let the dart in when we shot at the target. The paper did most of the ripping when the boys stuck their hands in to get the prize. Still, a very fun game! Just wanted to set realistic expectations.