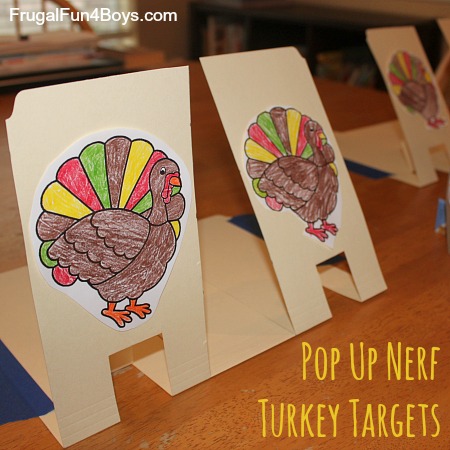 Today we used file folders to make turkey targets for use with Nerf guns, and the boys had SO much fun! I found some printable turkeys and the boys colored them and cut them out. I can’t remember which site I got them from – but there are tons of options if you google “turkey coloring page.” I did have to re-size them on our copier. 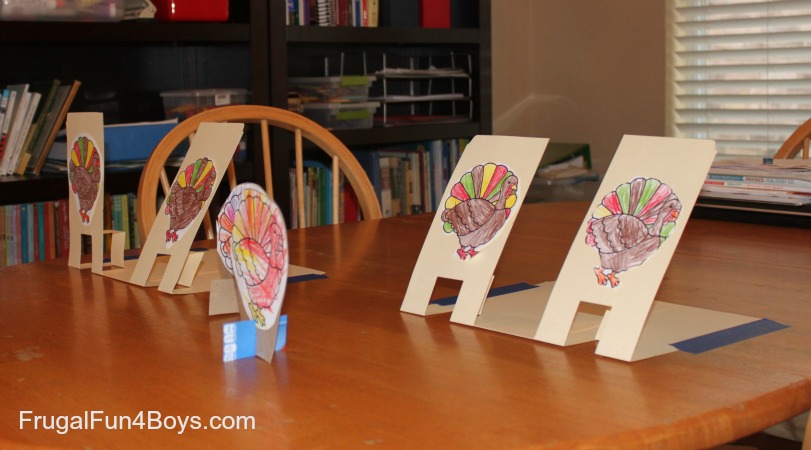 I put two turkeys on each folder, and I taped the folders down to the table because otherwise they flew away when the darts hit them!

I cut slits in the folders and then folded them back in a square shape. That was really the key to creating a design that would flop down when the darts hit, but then pop back up. 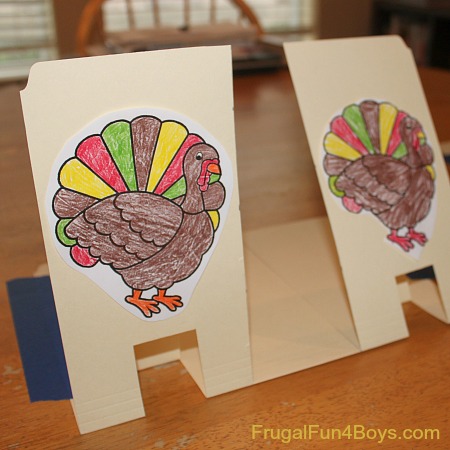 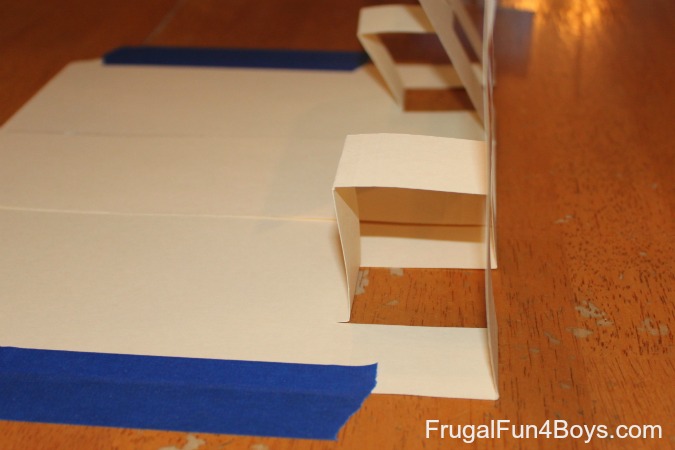 We also made a couple of free-standing targets by taping some turkeys to cardboard stands. They were fun as well because the darts sent them flying! 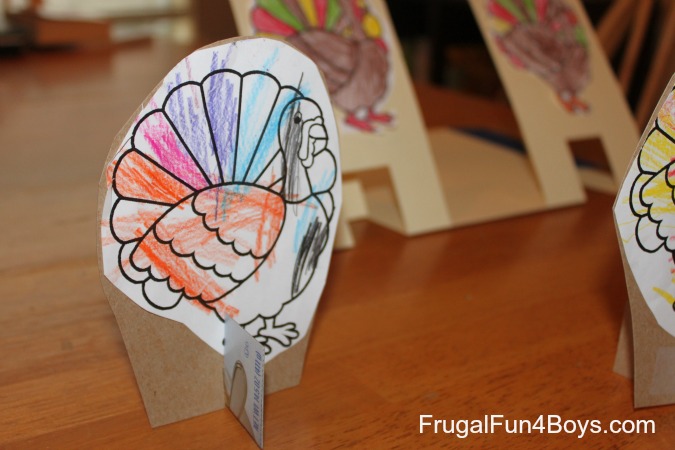 The boys set up some sort of point system for hits, but I’m not sure that I fully understand it… 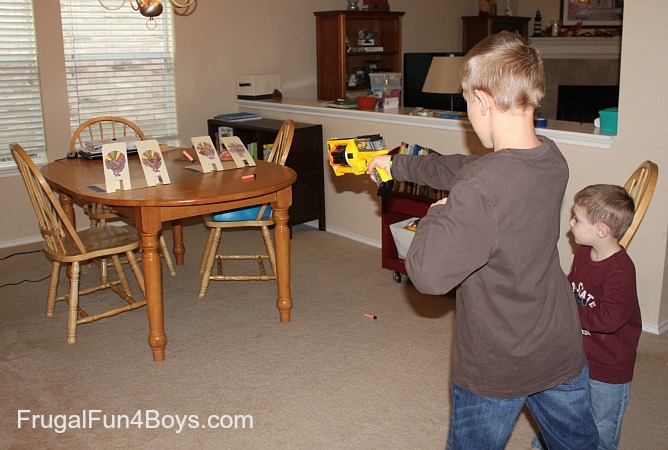 Owen’s “shooting stance” is so cute! I must admit, though, that I’ll be happy when he’s strong enough to be able to cock his own Nerf gun because I think that’s all I did all day! 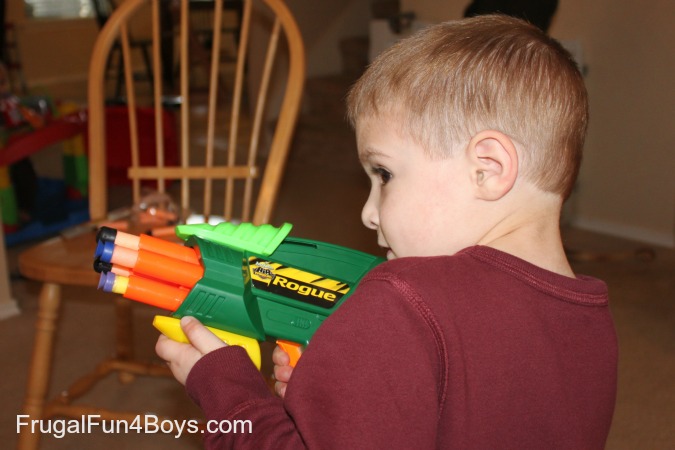 Shooting down turkeys entertained the boys for a good long time, and I think we’ll be leaving it set up for a while! We’ll also probably think of something else to put on the targets when it’s not Thanksgiving. Any ideas?