One of my favorite things to do is to read out loud with my boys. We are on our fourth year of Sonlight history (this year we are doing Core F), so we have always had plenty of good literature around! We have discovered many new books books through Sonlight, and there have been very few that we have not liked. For this post, I am compiling a list of our very favorite read-aloud books so that you can use this as a resource for your family. 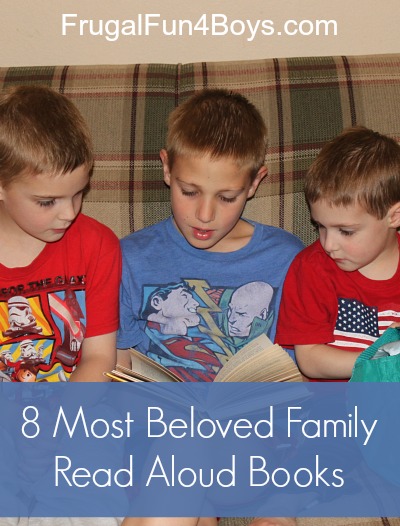 Reading aloud is so wonderful for creating family memories. Book characters come to life, and stories become shared experiences. We often refer to funny things that Henry Huggins did or recount funny moments from “Owls in the Family.” Good books can become a springboard for family discussions on a variety of topics such as maturity vs. childishness, responsibility (or a lack thereof!), and the way we view the world.

The books on this list are primarily for elementary aged kids. If you have preschoolers, you might want to check out my list of favorite read aloud books for preschoolers. 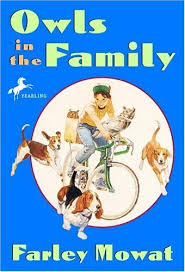 Owls in the Family – Read aloud for ages 4 and up, independent reading for 2nd or 3rd grade and up

We recently read Owls in the Family by Farley Mowat and absolutely loved this story. This hilarious tale of the adventures of a young boy and his two pet Great Horned Owls is based on the childhood experiences of the author. Since reading it, the boys keep talking about their favorite parts! Spoiler alert – In the last chapter, the family moves and must give the owls away. Gresham (age 7), our biggest animal fan, didn’t see that coming and sobbed! It’s still a wonderful book – just be aware of the ending. 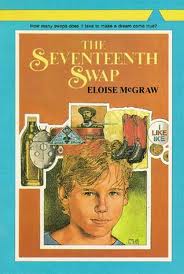 The Seventeenth Swap – Read aloud for ages 7 and up, independent reading for 4th grade and up

I will admit it – you shouldn’t judge a book by it’s cover, but I totally did with this one! We were supposed to read it during the past school year for Sonlight, and we didn’t get around to it until the summer. But boy was I glad we read it! The Seventeenth Swap by Eloise McGraw tells the story of Eric, a sixth grade boy who is paid to stay with Jimmy two afternoons each week. Jimmy is a nine year old boy who is schooled at home by a visiting teacher because of his various medical conditions, and Jimmy is confined to a wheelchair. In the first chapter, Jimmy can’t wait to show Eric a picture from an ad of some cowboy boots that he desperately wants. At first, Eric thinks it’s silly since Jimmy can’t walk anyway, but then he decides that he must find a way to get the boots for Jimmy. Eric has no way to earn enough money for the boots before the sale ends, but he accomplishes this feat through a complicated series of swaps (trades) for various items with several different people!

A theme throughout the book is making a collection. The various people in Eric’s life collect model cars, rocks, stamps, etc. At the end when Eric gives the boots to Jimmy, it says, “Eric, who was still looking, with great enjoyment [at Jimmy with the new boots], reflected that if he ever decided to collect anything, it was going to be expressions like the one on Jimmy’s face.” What a great moment, and a great conversation starter for kids!

One more thing that I want to add is that throughout the story, Eric contemplates the way his father lives his life and wonders if he is very much like him or not. His father is not a risk taker and has always chosen to stay in a low-paying job. Eric is not sure that this is the life he wants for himself. Eric is not sassy or disrespectful of his father, just pondering whether he wants to be like him or not. Just be aware that this issue in present in the book. 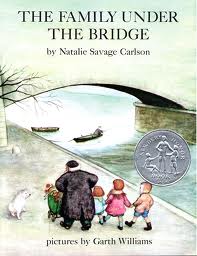 The Family Under the Bridge – Read aloud for ages 4 and up, independent reading for 2nd/3rd grade and up

The Family Under the Bridge by Natalie Savage Carlson would be a book to read together during the Christmas season. This book tells the tale of an old hobo in Paris named Armand who wanders the streets because he doesn’t prefer to hold down a job. He thinks that children are a nuisance, until he meets a little family who make their way into his heart! We read this book together, and now I am having Aidan (age 10) re-read it by himself and write an essay about the way in which Armand’s character changes from the beginning of the book to the end. 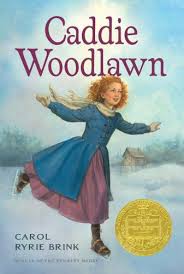 Caddie Woodlawn – Read aloud for ages 5 and up, independent reading for 3rd grade and up

Caddie Woodlawn by Carol Ryrie Brink was another book that we loved as soon as we started it! (Ok, actually all the ones on this list are – I guess that was the point of my making this list, wasn’t it?) Caddie Woodlawn is a little girl growing up in Wisconsin during the pioneer days. Because of poor health as a toddler, she has been allowed by her father to “run wild” with her two brothers rather than learning to cook and sew with her older sisters. Caddie loves her life and her adventures, but through a massive mistake and a poignant conversation with her father at the end of the book, Caddie decides that it is time to become a young woman. This book is a fantastic combination of hilarious adventures and character building moments. 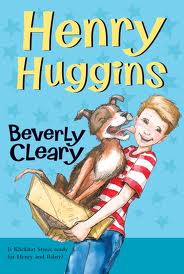 Henry Huggins – Read aloud for age 4 and up, independent reading for 3rd grade and up

We have read and loved many Beverly Cleary books, but for this list I’m limiting myself to our two absolute favorites! Henry Huggins is the first book in the Henry series, written by Beverly Cleary in 1950. In the exciting first chapter, Henry finds a stray dog, keeps him as a pet, and names him Ribsy. One of my favorite chapters in this book is one in which Henry accidentally loses an expensive football belonging to a neighbor boy. It wasn’t even technically Henry’s fault, but he was the last one with the ball. Henry doesn’t complain, but simply goes to work to earn the money to replace the football. His neighbor offers to pay him 1 penny per night crawler that he catches for the neighbor to use as fishing bait (not knowing about Henry’s need for cash), and Henry jumps at the chance. He ends up working until late at night (with the help of his parents) catching the 1,331 worms needed to earn enough money for the football. Today’s kids don’t generally display that kind of character… Definitely a refreshing perspective. 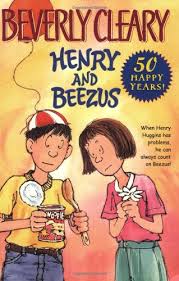 Henry and Beezus – Read aloud for ages 4 and up, independent reading for 3rd grade and up

Like Henry Huggins, Henry and Beezus is exciting and funny. In this book, Henry is saving for a bicycle and gets into some hilarious adventures along the way. It takes him most of the school year, but he gets his bike! Again, good perspective for our “instant gratification” culture. 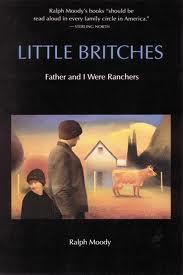 Little Britches – Read aloud for ages 8 and up

Little Britches by Ralph Moody is the account of the author’s life growing up as the son of a rancher in Colorado in the early 1900’s. I don’t recommend this book for independent reading because I was editing out some language (mostly taking God’s name in vain) as we read. It also deals with some heavier issues that young children won’t fully comprehend – hardships of life, crop failure, the death of a parent. That being said, this is a fabulous coming-of-age story that is beneficial to read as a family, especially if you have boys. We read this story in the late spring and then took a vacation to Colorado in the summer, and we could just picture the ranch at the foot of the mountains and the creek coming down out of the mountains. Great story. 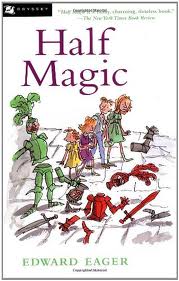 Half Magic – Read aloud for ages 5 and up, independent reading for 4th grade and up

Here’s a silly book that the whole family will enjoy – Half Magic by Edward Eager. A family of four bored children find a magic charm, but it only grants their wishes by half. So if they want to wish something, they need to wish for twice as much as what they actually want. This ends up being easier said than done!

What are your favorite books for reading together as a family?