Here’s a fun preschool alphabet game that will have kids learning their letters in no time! Jonathan loves playing the memory game, so I thought why not combine it with learning the alphabet! 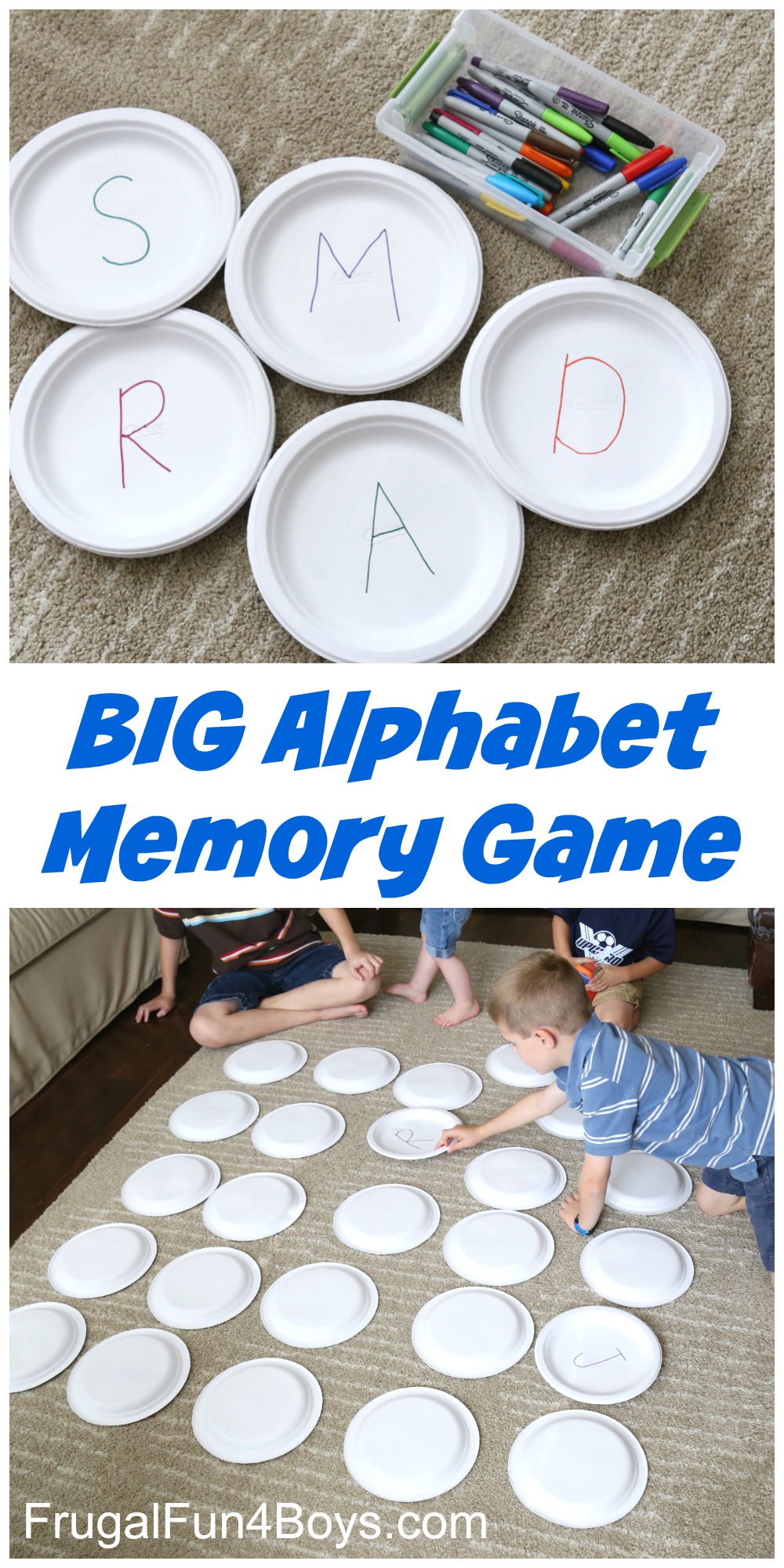 Paper plates are such a handy craft supply. I grabbed a stack and wrote letters on them with Sharpies. I did pairs of matching capital letters, but you could also do this with lowercase letters or match up capitals to lowercase. 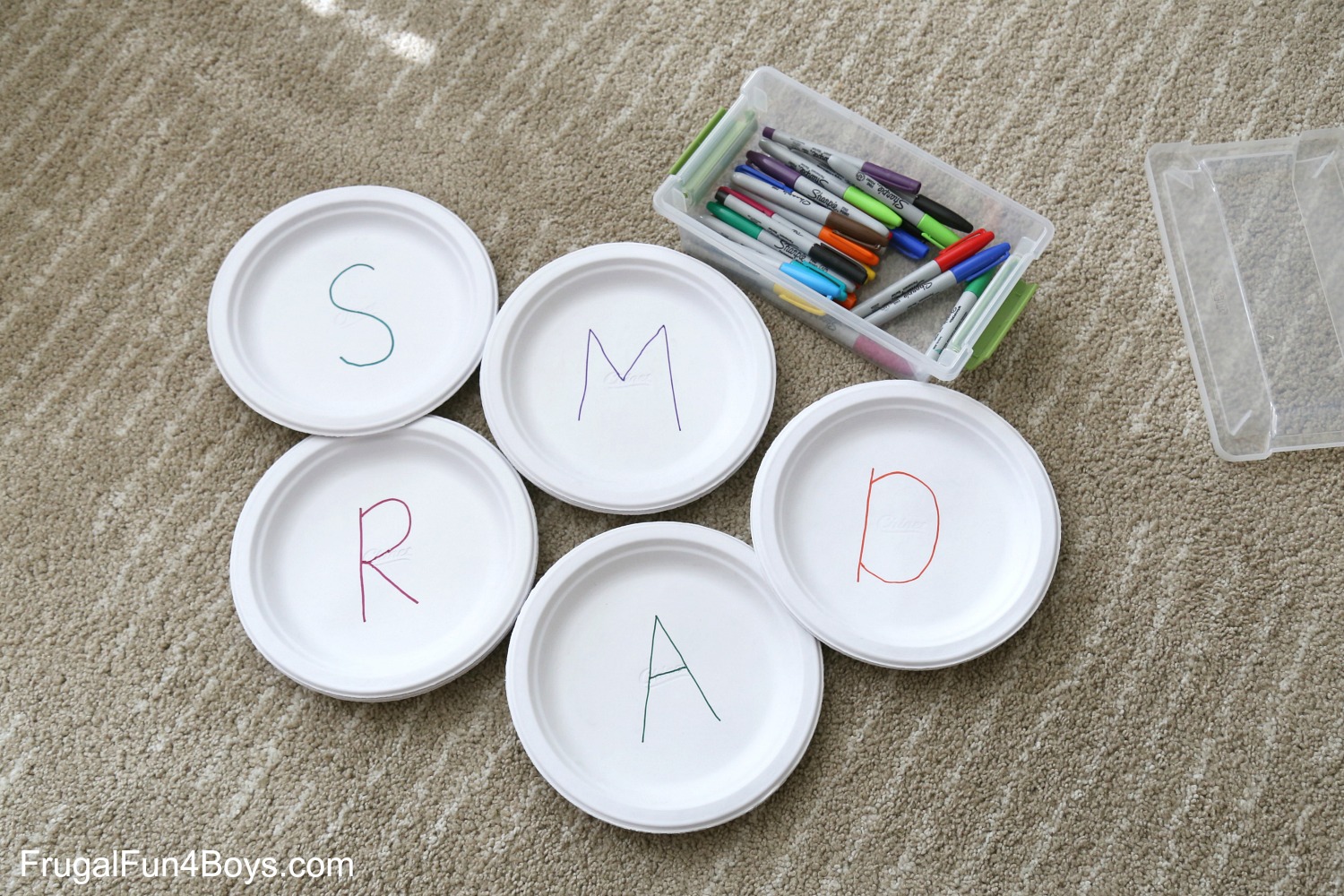 Then lay them out on the floor and play the game! Here are the rules in case you’re not familiar with the memory game. Each player turns over two cards (plates) at a time. If they match, the player keeps them. If not, they turn them back over and the next player takes a turn turning over two cards. 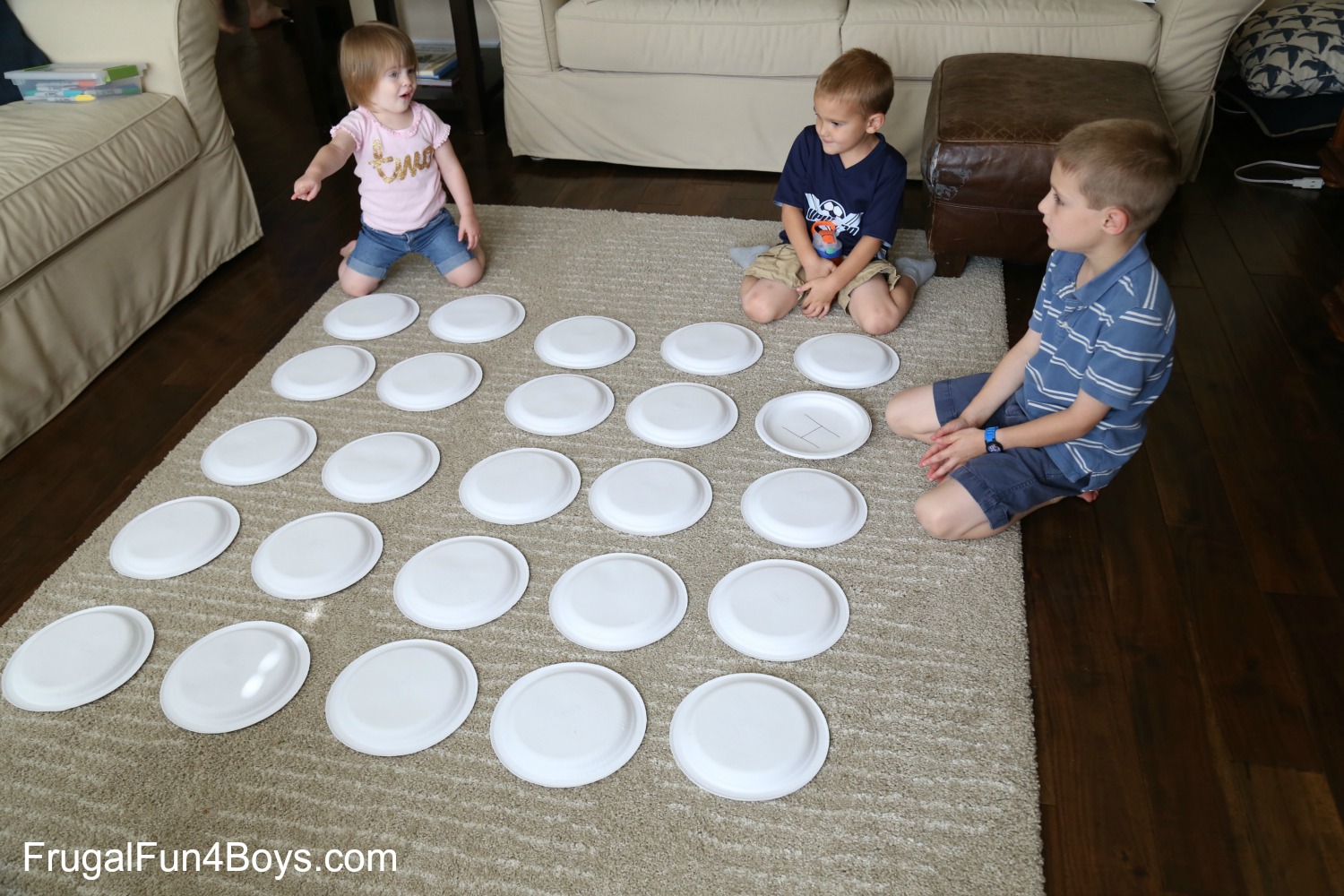 I think that the official rules say that you get another turn when you get a match, but we don’t usually play that way since it puts the youngest kid at a disadvantage. 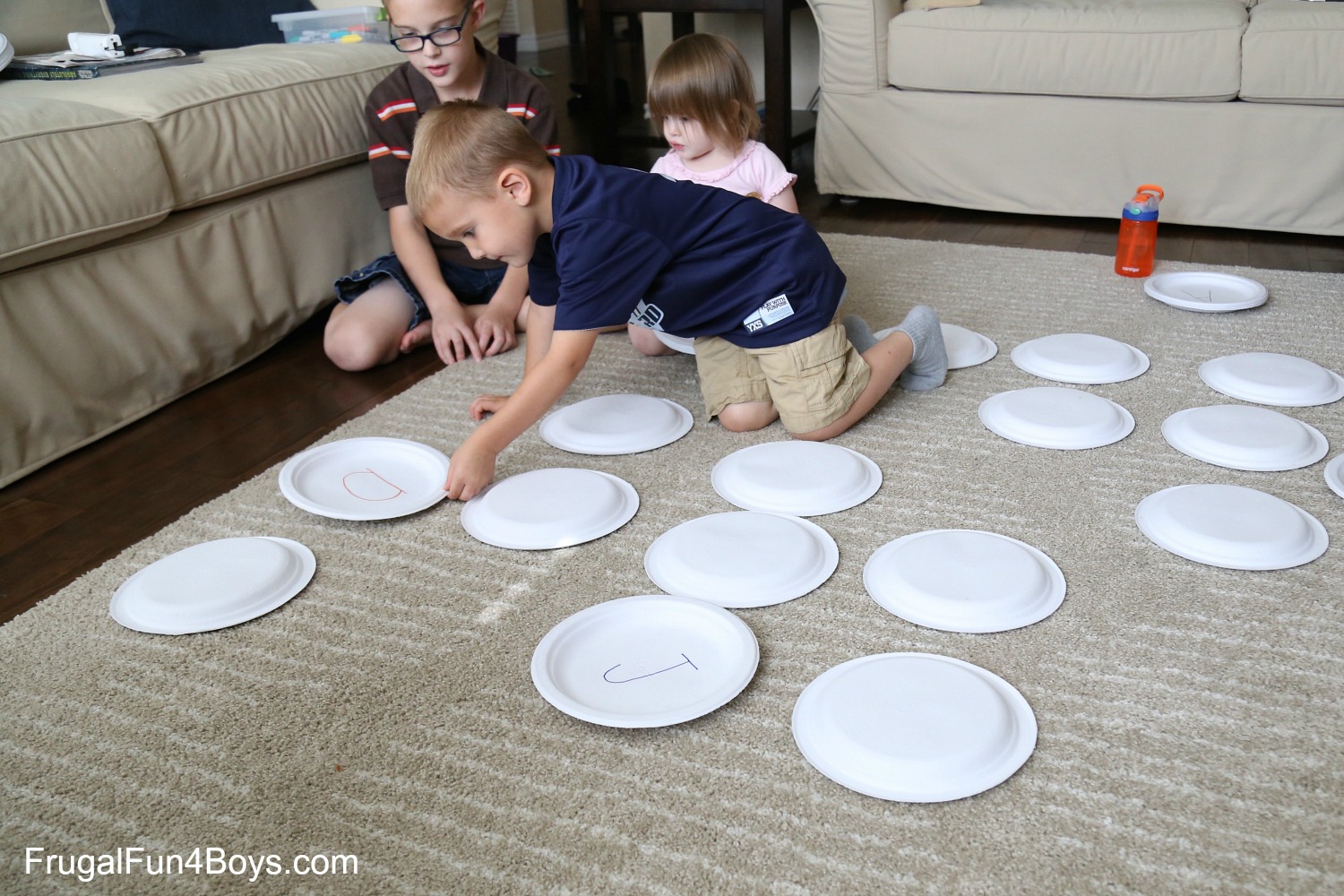 When Janie got her first match, she had to stop and hug it! After four boys, God sure gave us a very girly girl! 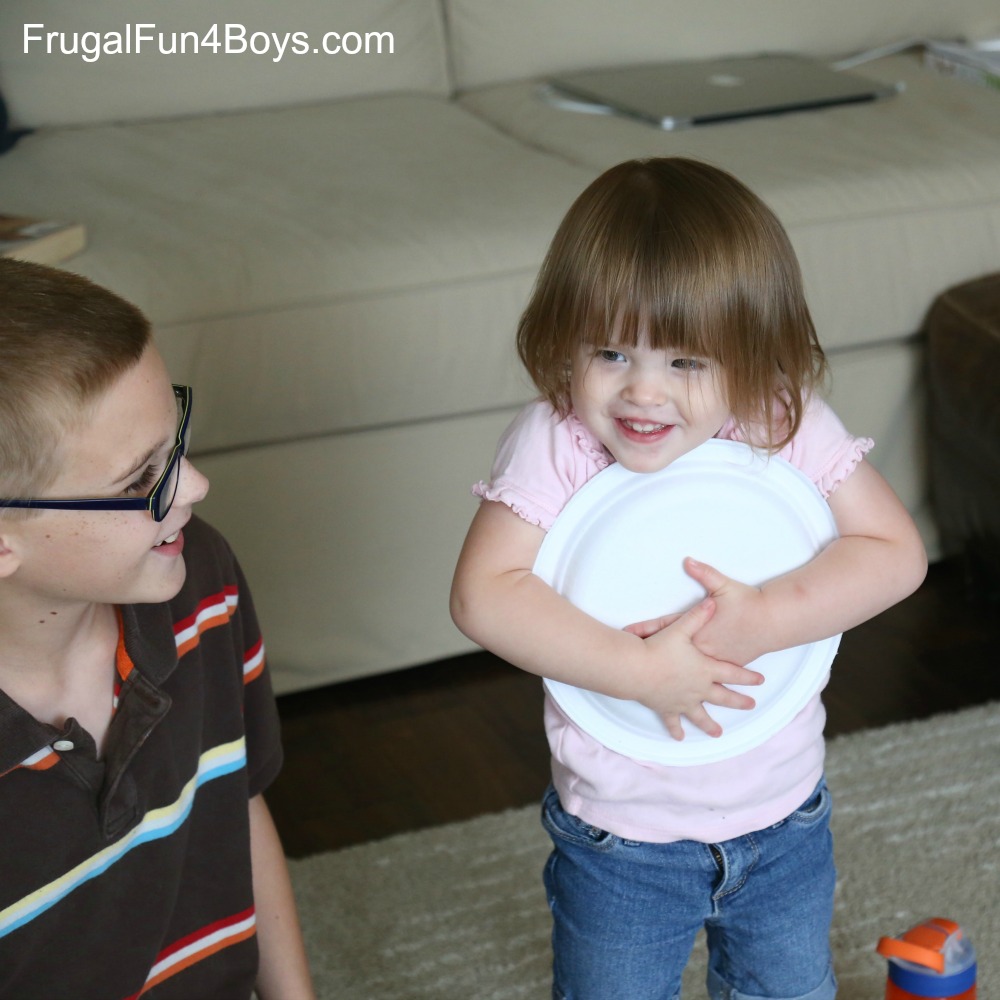 Have fun playing the alphabet! 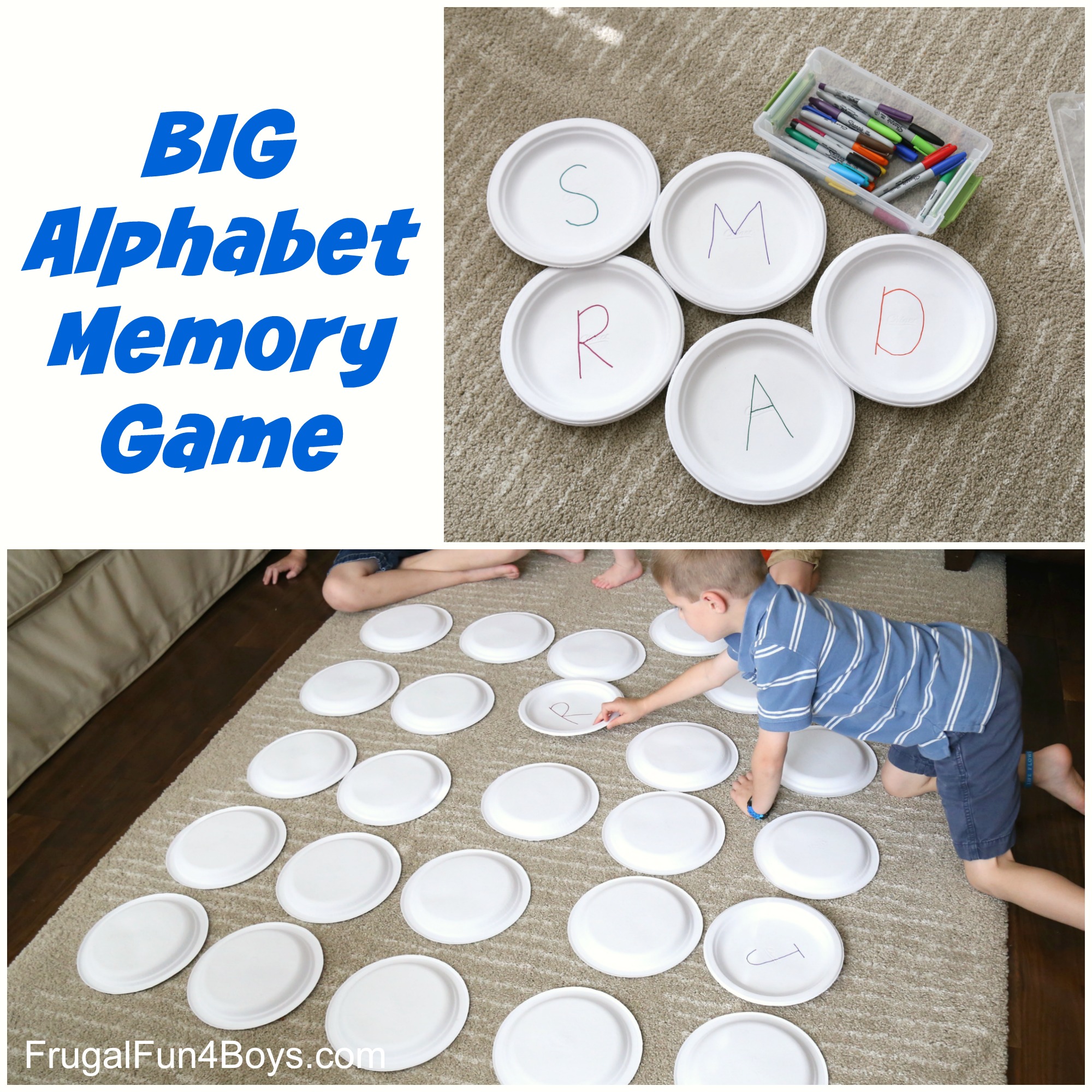