Gresham is 5 years old! At our house, we do the first “real” party with invitations and friends at age 5. Gresham loves dogs, and we came up with the idea several months ago to do a dog show party. Gresham wanted everyone to bring their real dog, but I was able to talk him into stuffed dogs! We widened it to “pet show” instead of “dog show” since some of our guests may not like dogs!

In the invitation, we asked the guests to bring their favorite stuffed or toy animal to show. Between the pet show and a couple other simple games, we had a great time! This was the perfect party for a budget because it did not require purchasing a lot of supplies. It was also a good theme for a mix of boys and girls because everyone loves pets! 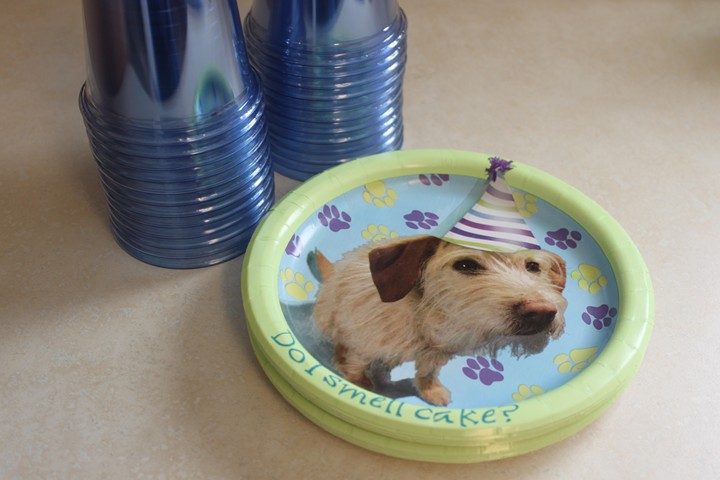 I bought these adorable puppy cake plates from Party City. We kept the cost down by buying plain drink cups from Target and using white napkins from home. Cute napkins aren’t appreciated by 5-year-olds, and plain ones do a much better job of cleaning sticky fingers and faces! 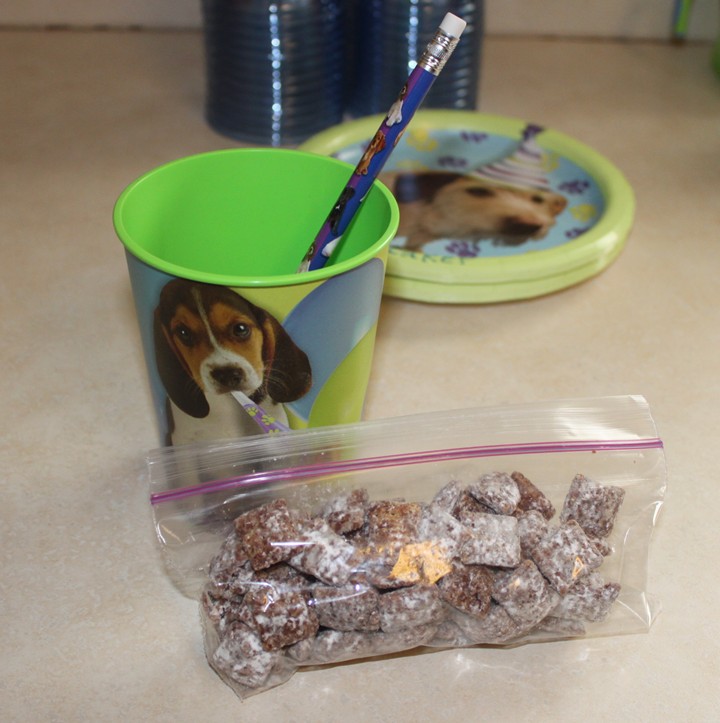 For party favors, I bought plastic cups from Party City (same puppy collection – 99 cents each) and filled each one with a puppy pencil and a snack bag of “puppy chow.” The puppy chow was so easy to make with a recipe on the Rice Chex box (They called it Muddy Buddies, but I know I’ve heard it called puppy chow before!). We had all the ingredients on hand except for powdered sugar. Sweet! 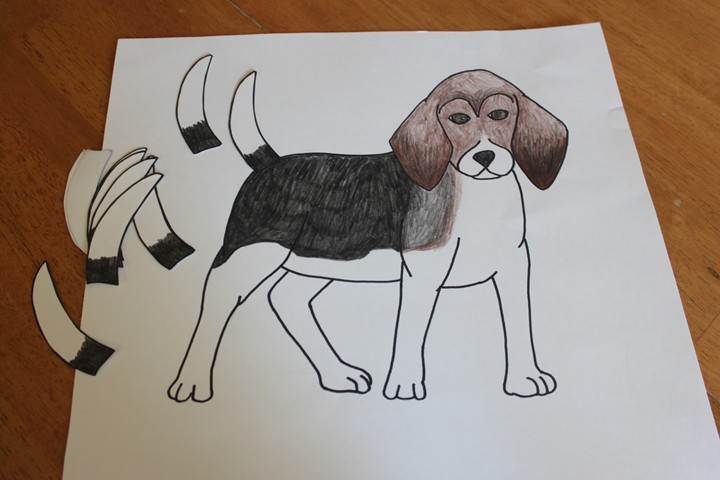 While the guests were arriving, we kept everyone busy with pet themed coloring pages that I had printed online. Then, we played “pin the tail on the puppy!” I actually free-handed this dog drawing because I like to draw, but I think that another way to do this would be to find a cute picture online and get it enlarged at a copy store. 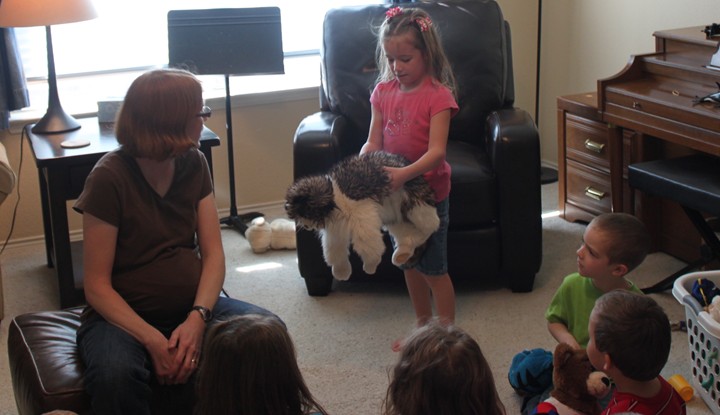 Then we did our pet show! Each guest told a little about their pet – type of animal, pet’s name, any special tricks it could do, etc. It was really cute! 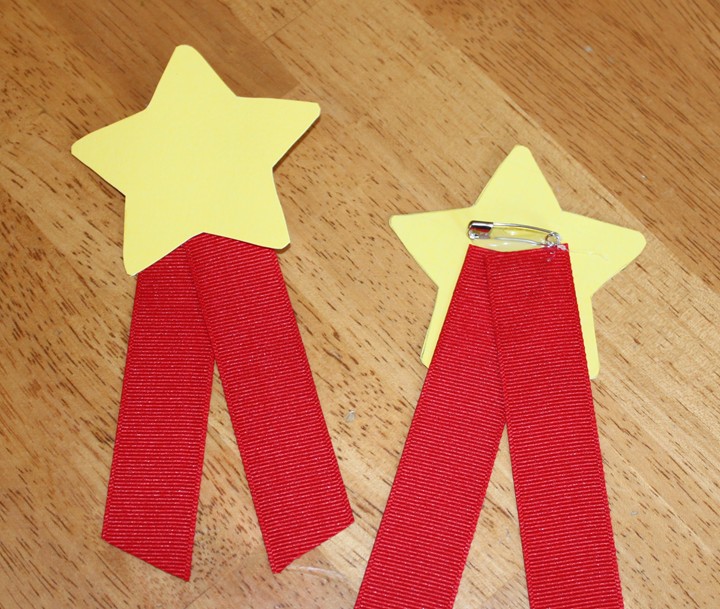 I made these prize ribbons for the pet show. They were very easy to make – I cut out stars from poster board and glued on some ribbon and a safety pin with hot glue. Each person that brought a pet got a ribbon, and we sent home extras for the guests who forget their animal. 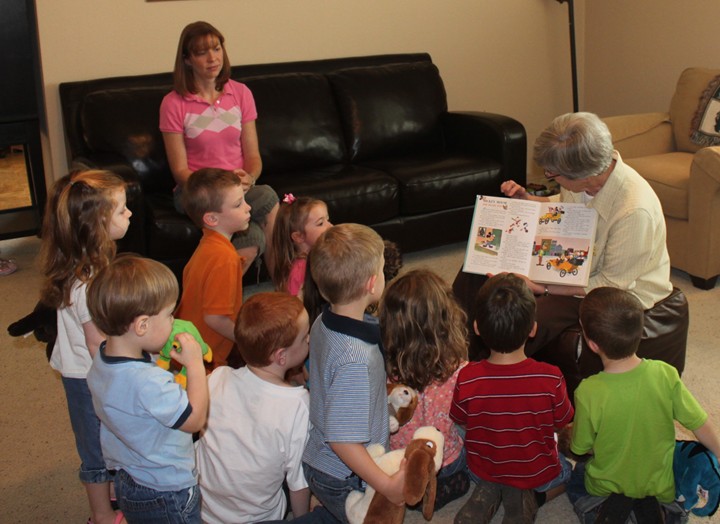 Grandma read everyone a story about Mickey and Pluto going to a dog show to buy me some time to quickly come up with the prizes – things like “Fuzziest Pet” and “Cutest Dog,” etc. I wrote the names of the prizes on the ribbons, and after the story we gave out the ribbons. 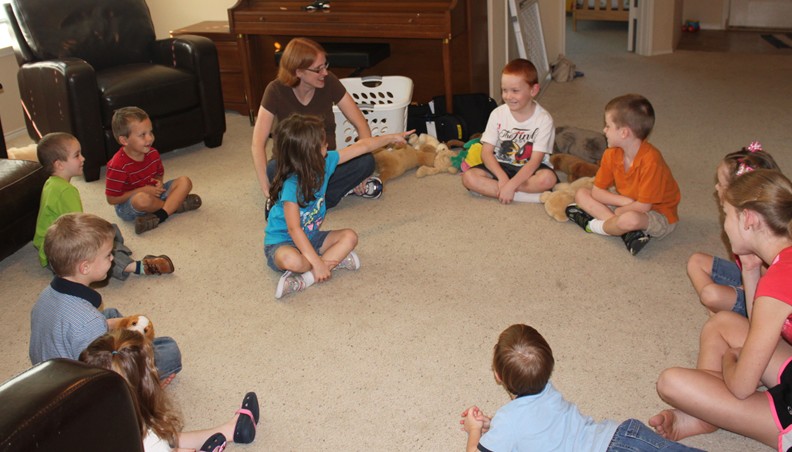 Our last party game was “Doggy, Doggy, Where’s Your Bone?” I cut out a bone shape out of poster board. The “doggy” sat in the middle and closed his or her eyes. Then, I pointed at a child in the circle to quietly “steal” the bone. Once the bone was hidden, everyone chanted, “Doggy, Doggy, where’s your bone? Someone stole it from your home!” The doggy then opened their eyes, and they had three guesses to guess who stole the bone! Once the doggy guessed the correct child (which they did every time within 3 guesses), they switched places. This game was a big hit! 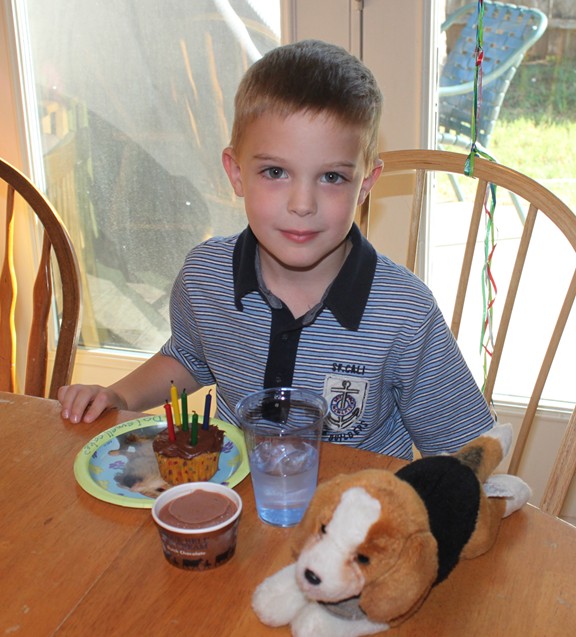 We ended the party with cake and ice cream and gifts!

The best part of this party was having help – in addition to my mom being here, I had one jr. high aged helper and one high school aged helper, and that made the party run very smoothly! I assigned one of them to just stay with Owen, since he can be a handful. That meant that I didn’t have to worry about him opening the gifts, getting into mischief, or otherwise ruining the party! The other helper took all the pictures and helped with ice cream, drinks, etc. It was great!