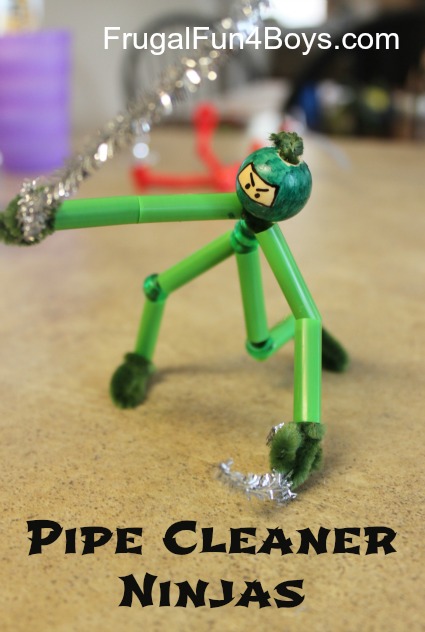 The boys and I had SO MUCH FUN making ninjas out of pipe cleaners and beads this weekend! (Yes, it was Easter, but they didn’t want to decorate eggs!)

I saw this idea for bead figures in the most recent Family Fun magazine, except that they did them as a girly craft with pink beads and pipe cleaner hair. I figured that it would be really easy to make them look like more of a boy craft, and that the boys would love the fact that they could pose them. I showed Aidan the picture in the magazine and suggested that we make them into ninjas, and he was totally on board with that idea! 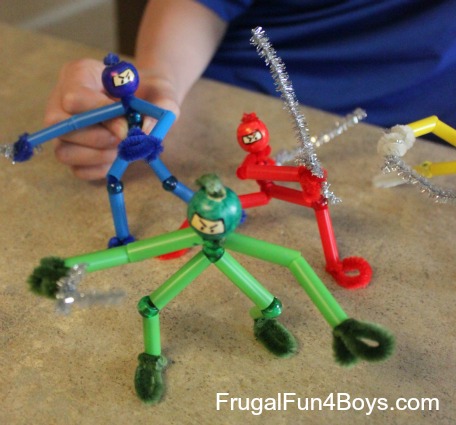 These ninjas were inexpensive to make, and once we got the process down, they took about 5 minutes each to make. Aidan (age 9) and I did most of the work. This is not an independent craft for kids younger than 8 or 9, but younger kids can help, and the end product is fun for all ages.

To make them, you will need: 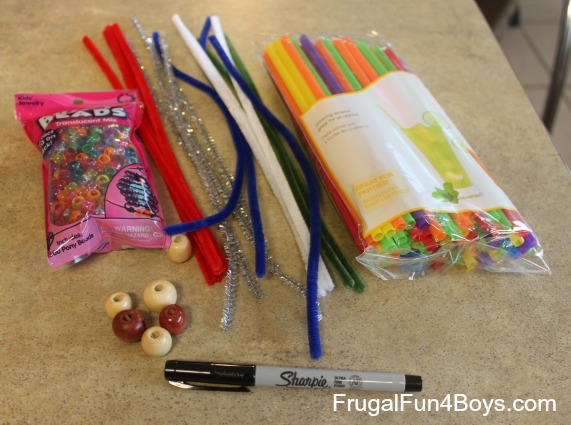 Step 1: Twist 3 pipe cleaners together in the middle, and bend them to look like this: 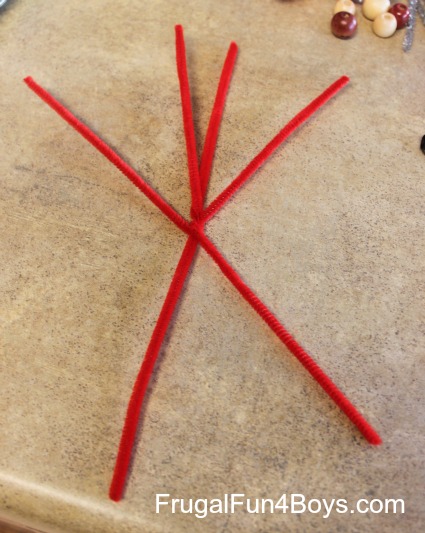 Make sure that you do at least a couple of complete twists, or the pipe cleaners won’t stay together.

Step 2: Slide 3 pony beads over both of the legs together. 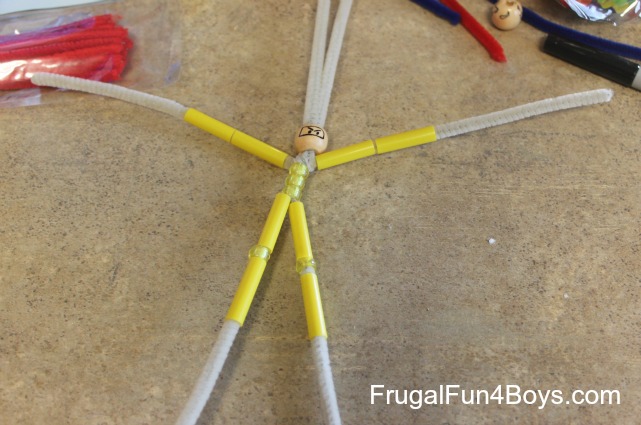 Step 5: Draw a face on a wooden bead and slide it over the top two pipe cleaners. Since we didn’t want hair, we needed a way to deal with the extra pipe cleaners sticking out of the top of the head. What we ended up doing was twisting the two pipe cleaners a few times, cutting it off, and putting a little Tacky Glue on the pipe cleaner ends to keep them from untwisting. I figured that the ends would stick to the head like a little pony tail. Well, the ends did not stay attached to the head, but with the glue, they haven’t untwisted, and the heads have not come off.

The boys drew several faces, but then everyone ended up just wanting a ninja face drawn by Mom, so most of these didn’t get used. I thought they turned out so cute! 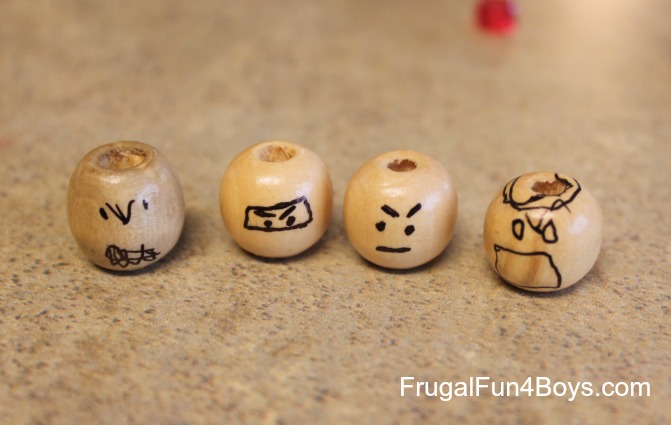 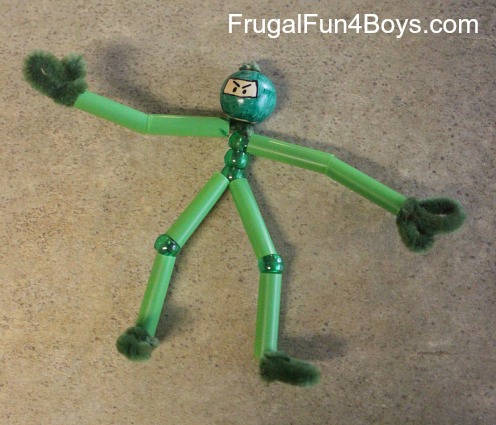 After we finished making the ninjas, Aidan got right to work making swords for them out of silver pipe cleaners. These ninjas have entertained the boys for hours since we made them! Lots of pretending and dueling and making more accessories for them. 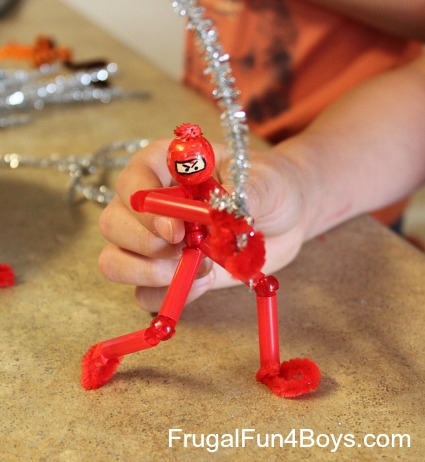 I think it would be fun to use this same process to make superheroes with duct tape capes. I suggested that idea, but the boys just wanted ninjas. We made some Lego capes out of duct tape, and I think you could use the same process and just make them bigger.

Sometimes it can be hard to keep bigger boys busy, which is why I loved this craft! For more ideas for older boys (8+) check out my Pinterest board. 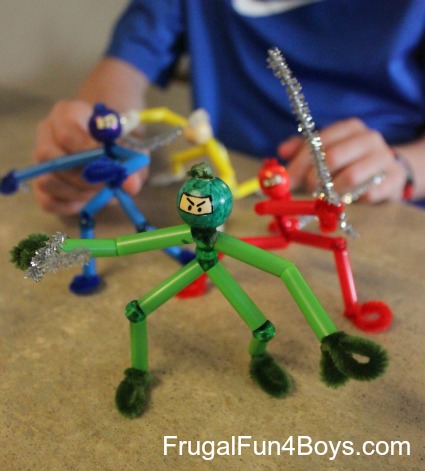