Here’s an adorable spring bunny craft to make – pom pom bunnies!  Grab the glue gun and transform a pile of pom pom balls and felt into some adorable bunnies.  They are fun to play with, but also cute enough for a spring or Easter centerpiece! 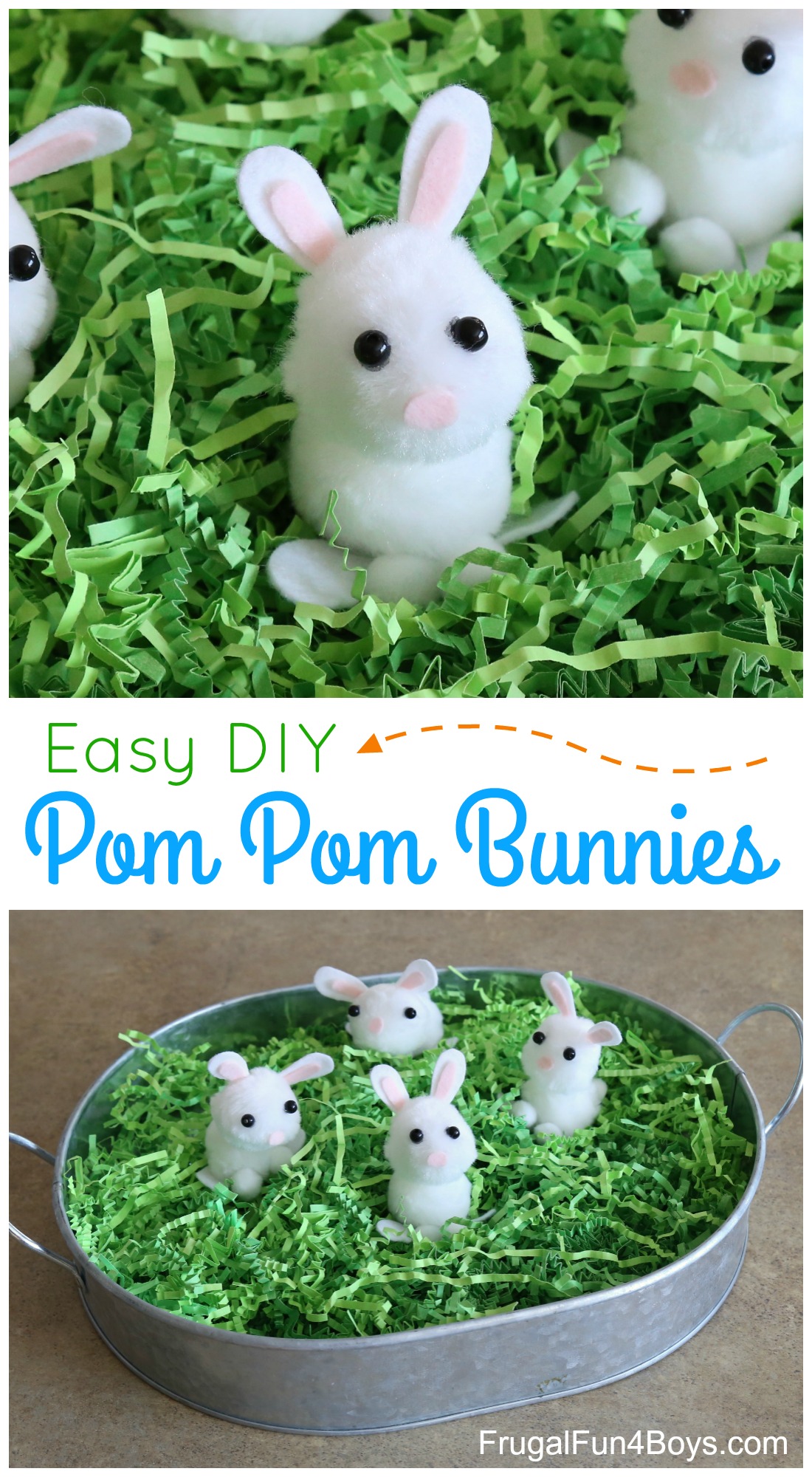 My 11 year old has always loved celebrating the changing seasons and making holidays fun.  He wanted to make bunnies this year, and helped design this craft.  Then he went outside to shoot baskets and left me to assemble the bunnies all myself. Sounds about right, huh? 🙂 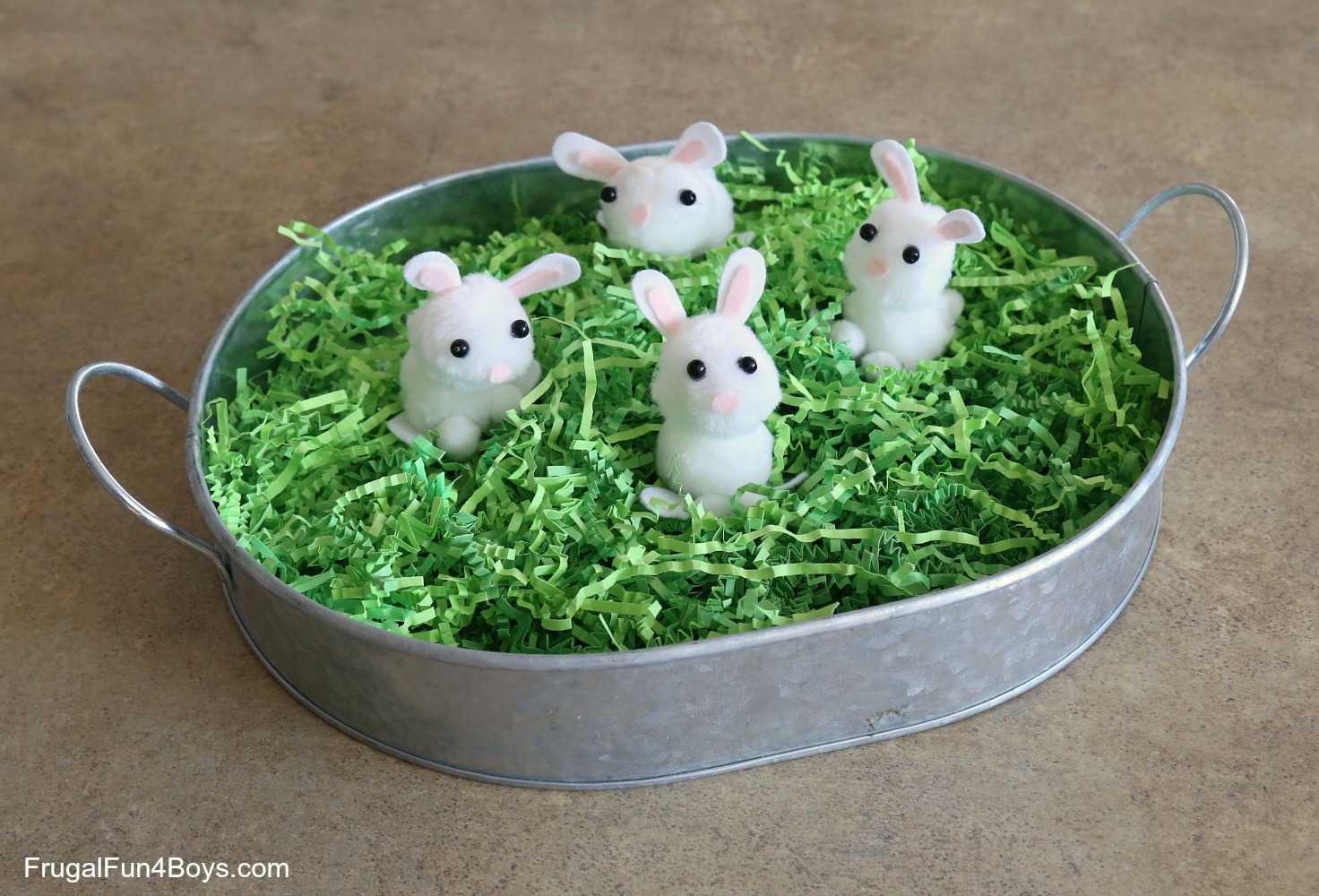 To make the head, I hot glued the pink inner ear to the white ear.  Then I cut out a tiny nose. 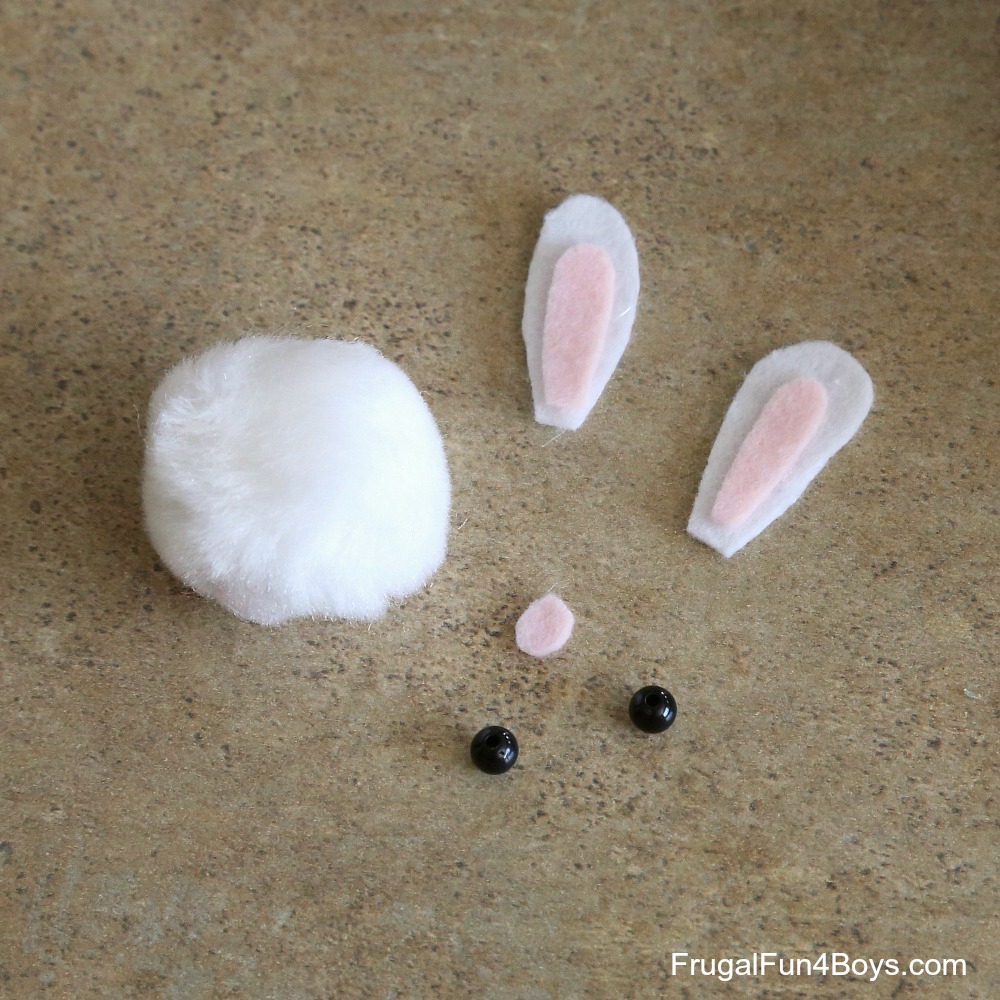 Here’s how the head looks assembled.  Hot gluing on pom poms is a little different than gluing on solid items.  Not too hard, but it might take one bunny to get the hang of it. 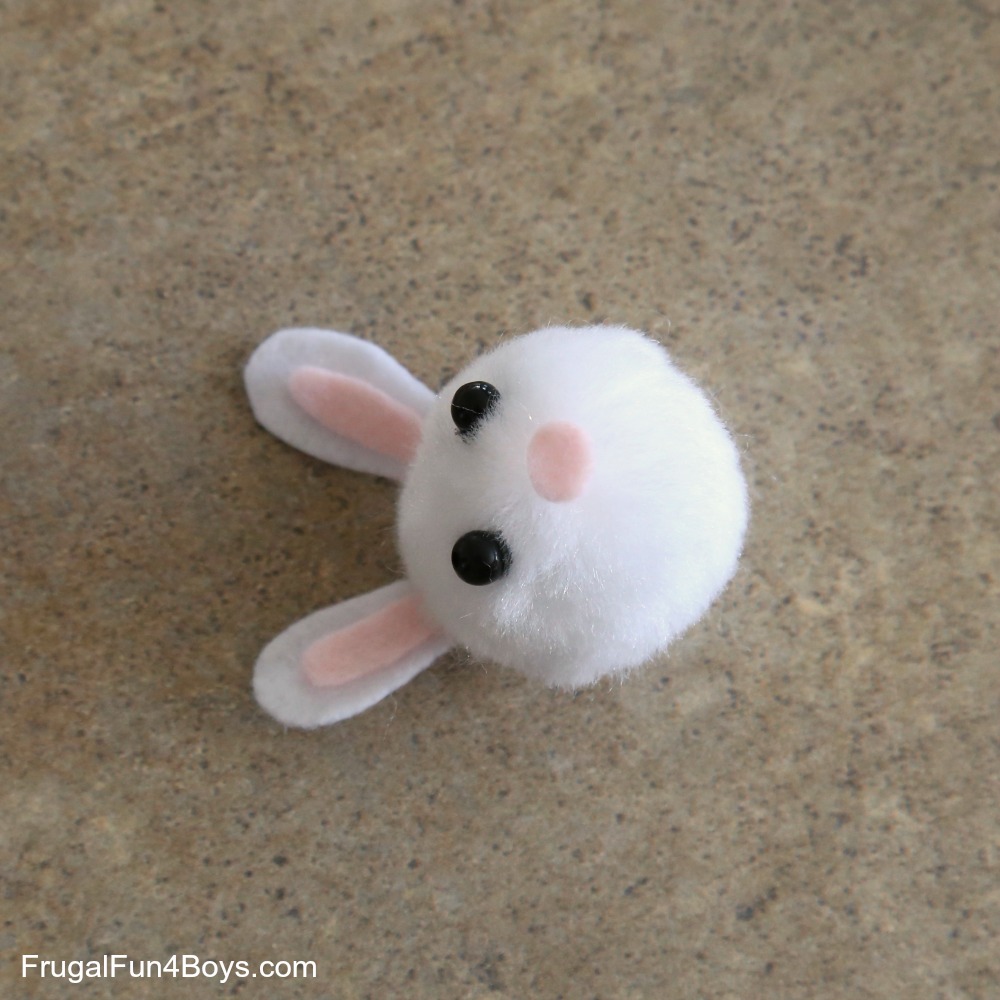 For the bunny’s body, you’ll need another pom pom ball, two felt feet, and three tiny pom poms. (In this photo, I had forgotten the pom pom ball for the tail.) 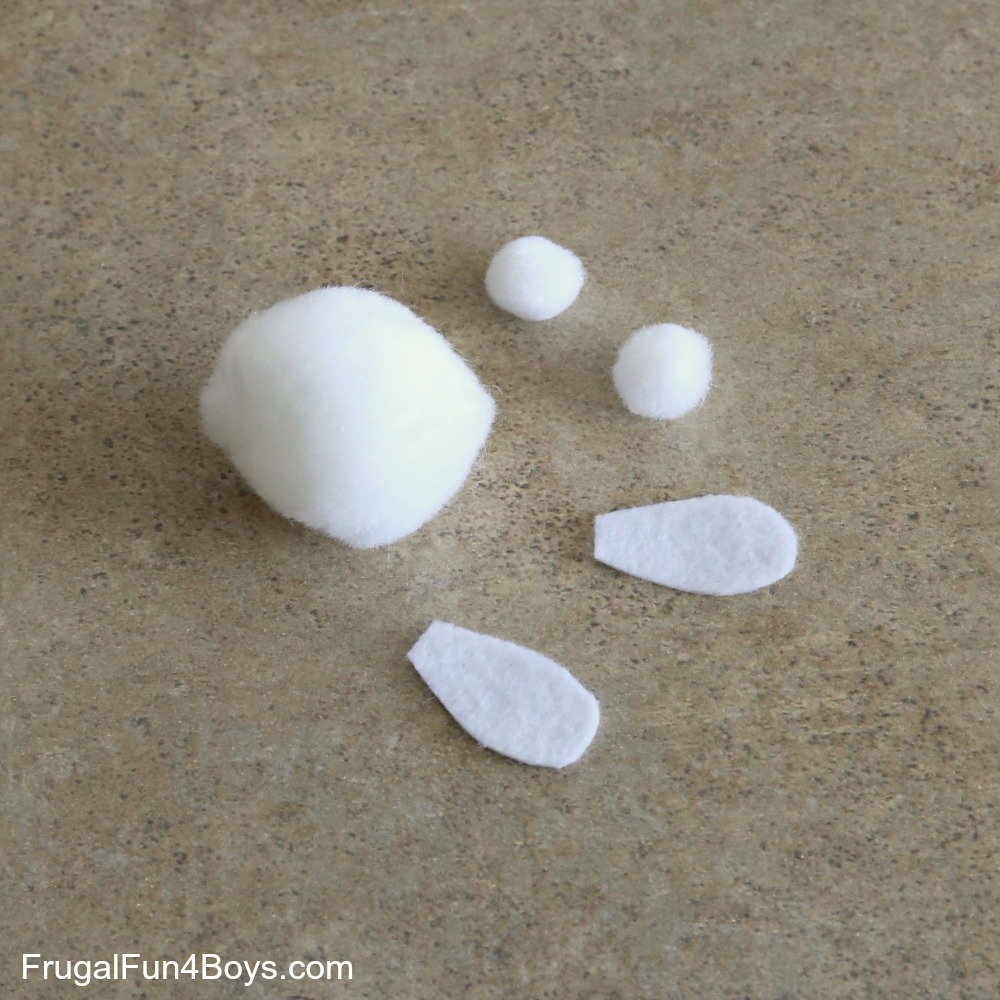 Here’s a photo of the body – upside down so that you can see how I glued on the feet. 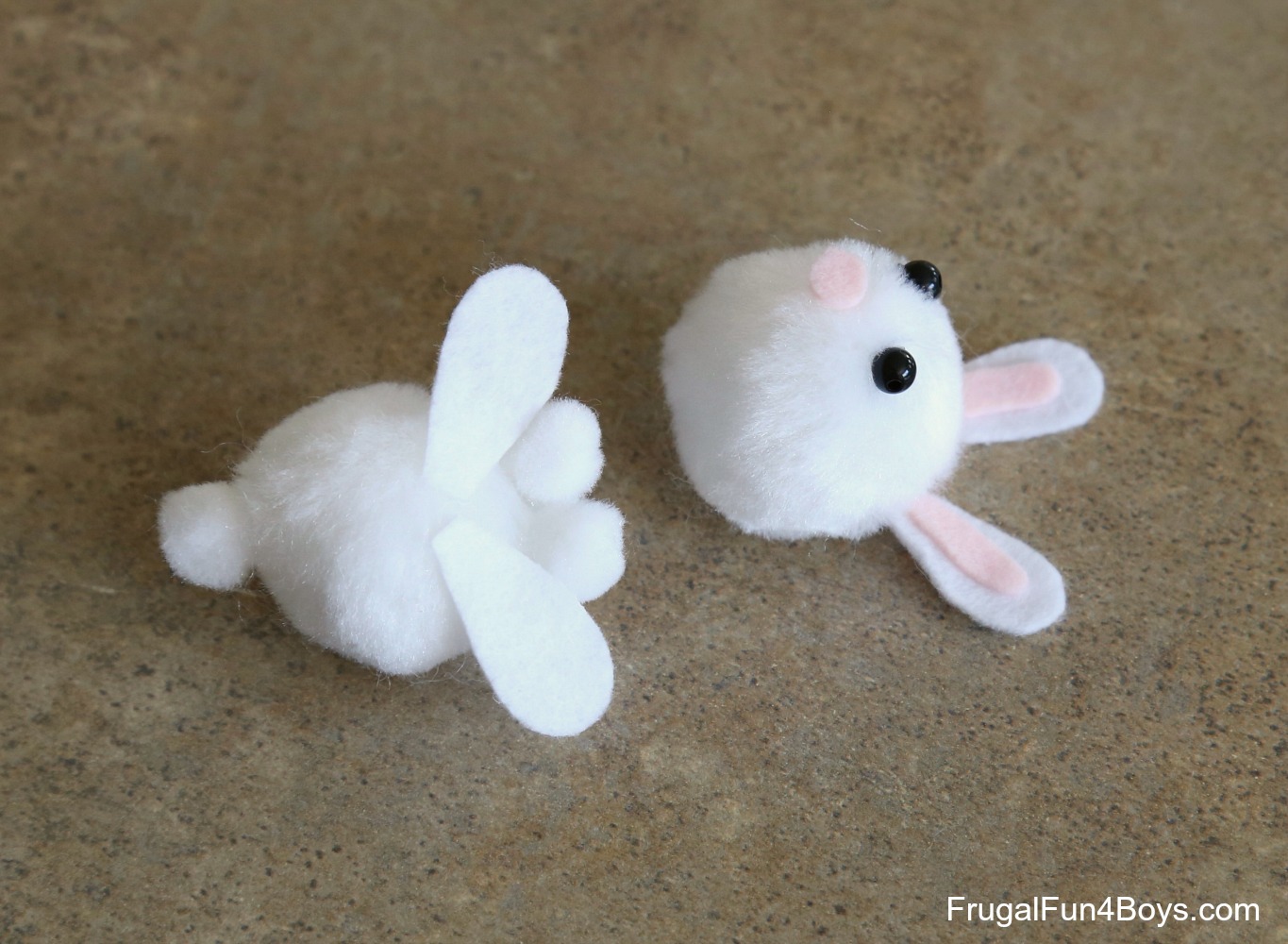 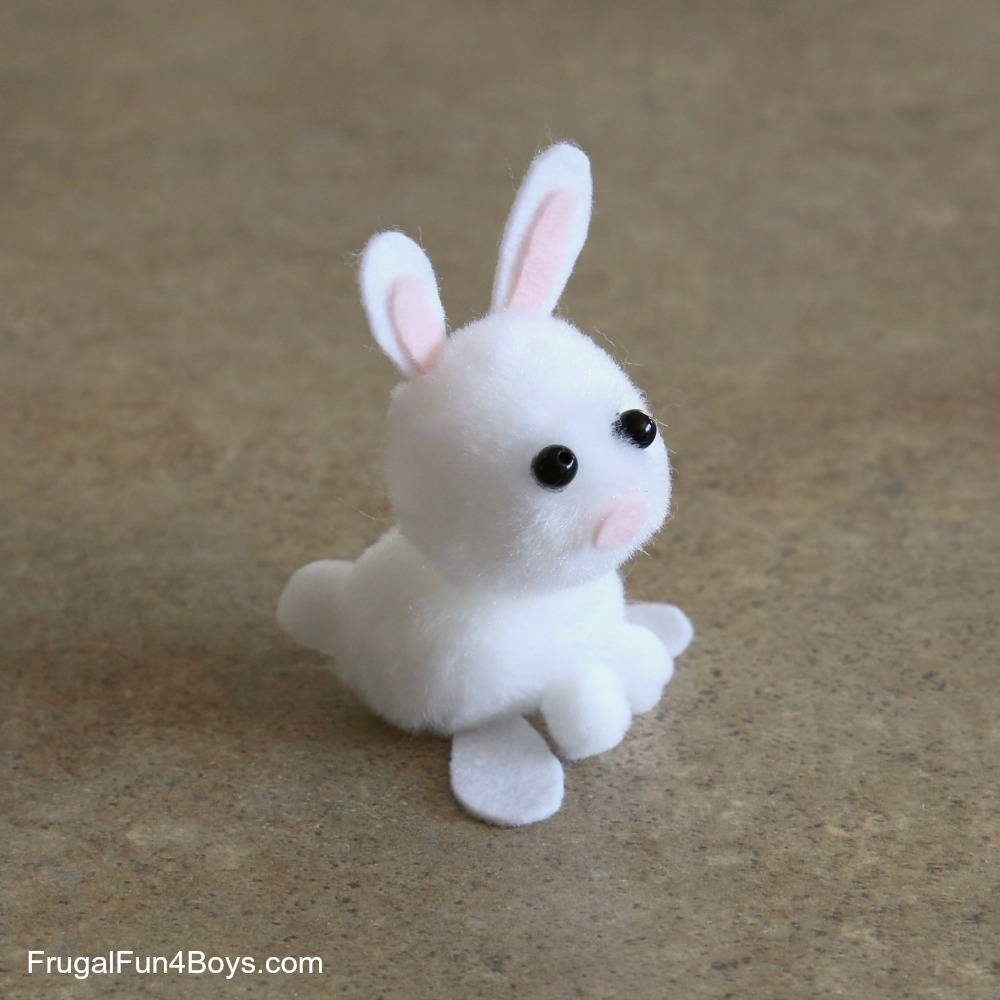 I put our completed bunnies in a little tray with some green paper grass.  Aren’t they adorable? 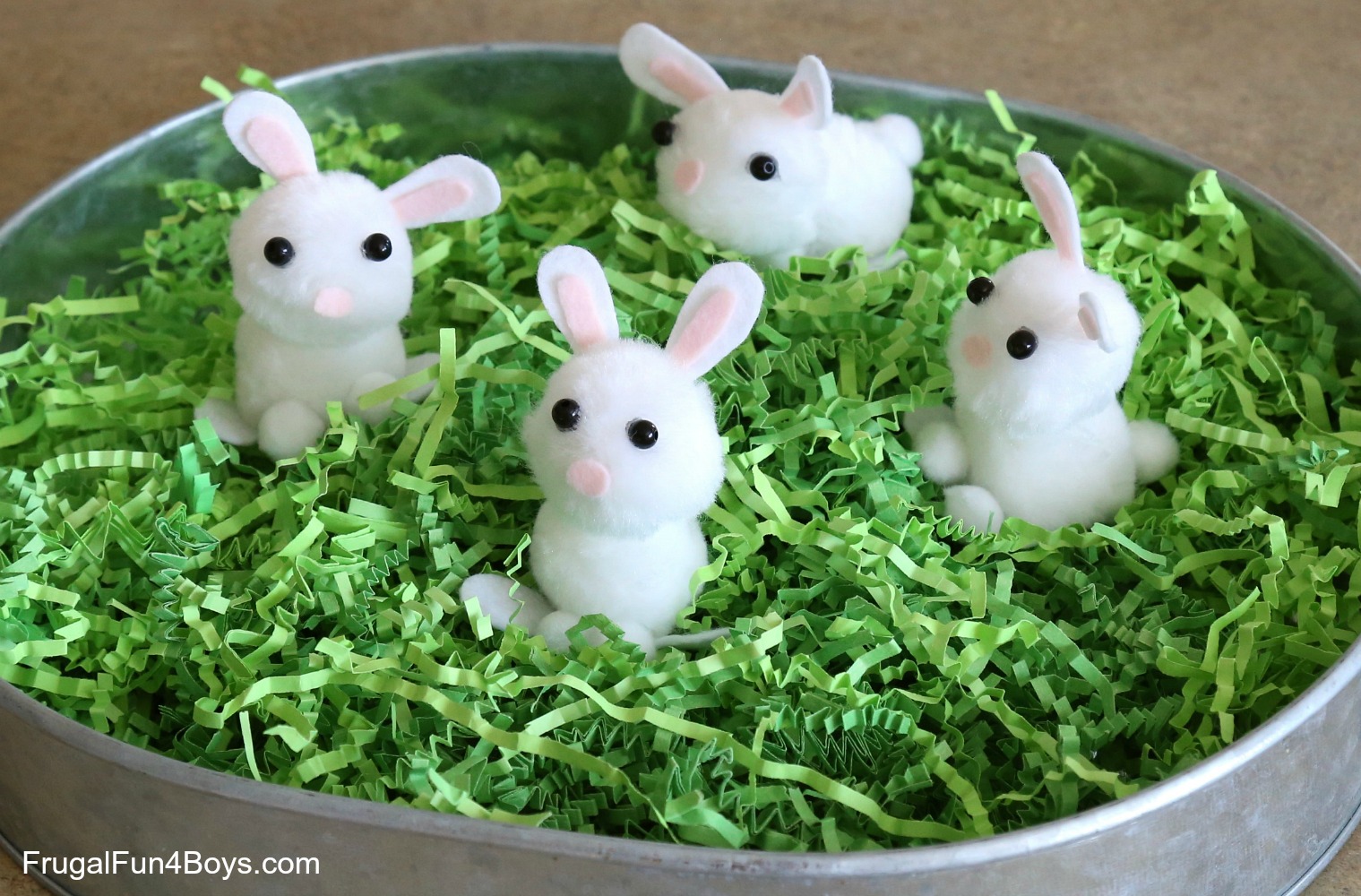 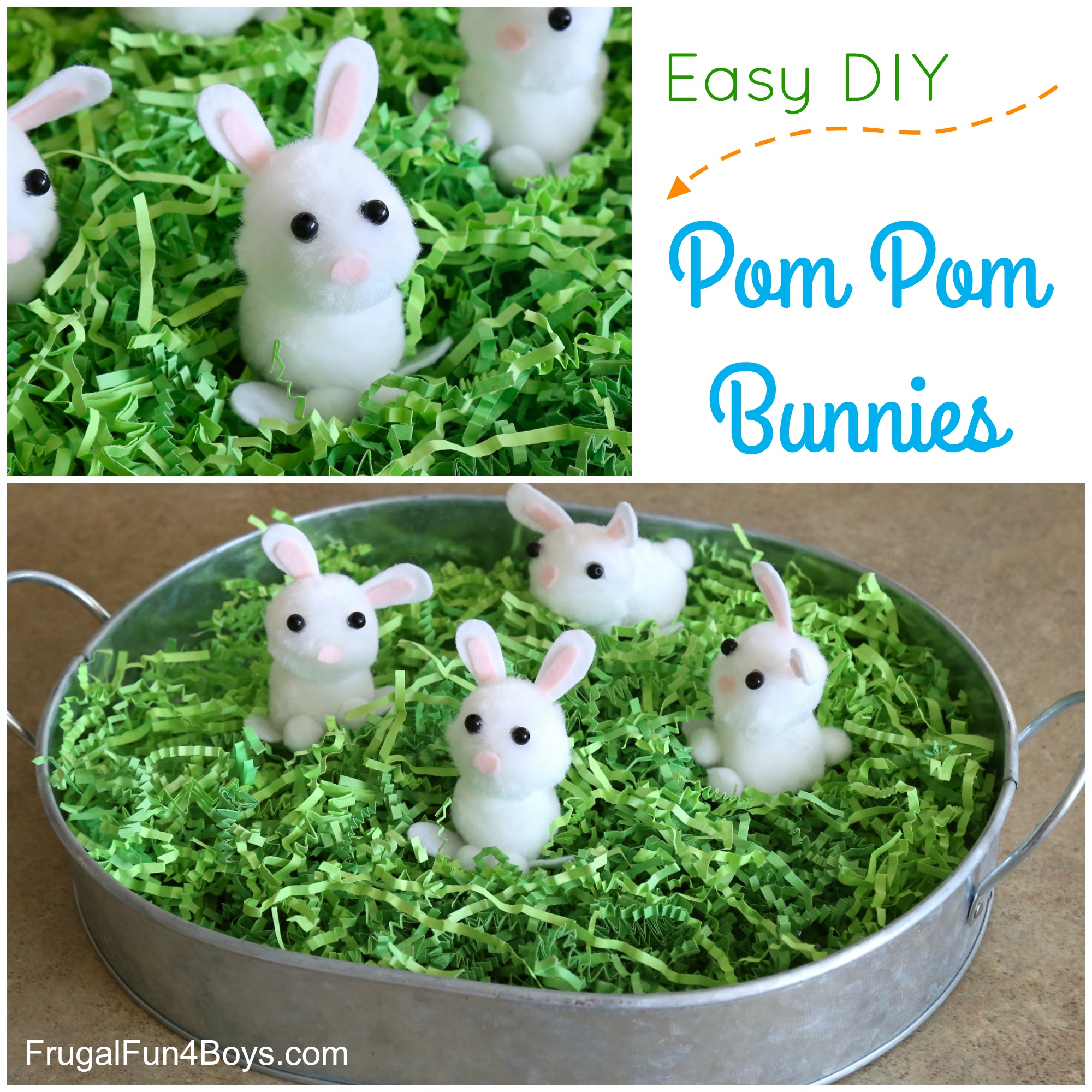