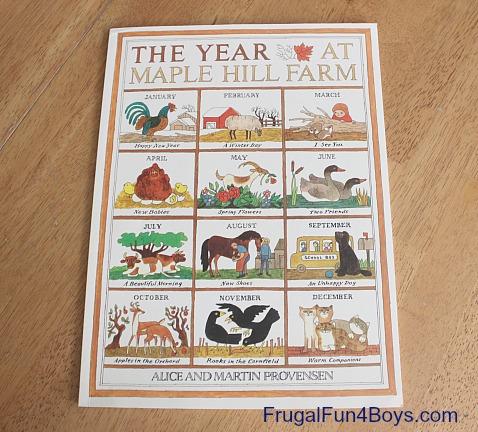 Last week, we did a very simple unit using the book The Year at Maple Hill Farm by Alice and Martin Provensen. I have started choosing a “book of the week” for Owen (age 3) and then we do an activity each day that relates to the book. Gresham (turning 6 in two weeks) loves to join in as well.

The Year at Maple Hill Farm is a fabulous book for learning about the months and seasons. The book goes through each month and describes the things that are going on at the farm that month – the weather, the planting and harvesting, and caring for the animals. The illustrations are wonderfully done.

Digging in the Dirt 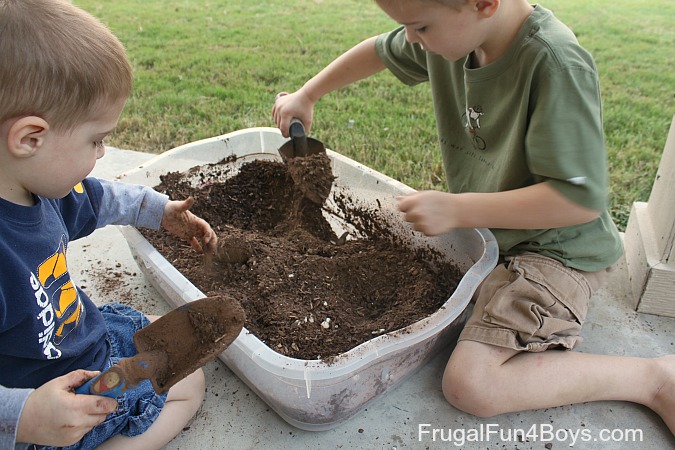 Owen and Gresham enjoyed digging in potting soil that I put in a large tub. I gave the boys some large beans to “plant” and dig up again. This was the first time that I’ve tried putting dirt in a tub like that, and I think I like this system. It’s nice to have the option to snap on the lid and put it away for a while. 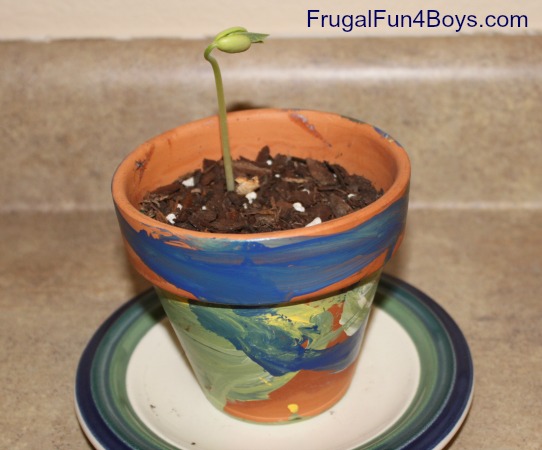 We also planted some beans in pots. Every time we plant beans, I’m amazed at how fast they grow! This plant grew another couple inches in 24 hours after I took this picture! Owen had fun painting his pot. He loves any excuse to get out the paints!

It’s also fun to plant beans in a glass jar with wet paper towels instead of dirt so that you can watch them sprout. We did that a couple years ago – you can check it out here.

Gresham is having trouble with the concept of months and seasons, so we did a couple activities to work on that. He has a calendar that he fills in each day as part of his math, so that is helping some, but he’s not clear on the difference between months and seasons or on what weather to expect in each season.

First, we made a “seasons wheel.” I cut a circle out of poster board, divided it into four sections, and had him draw things that fit with each season in the sections. 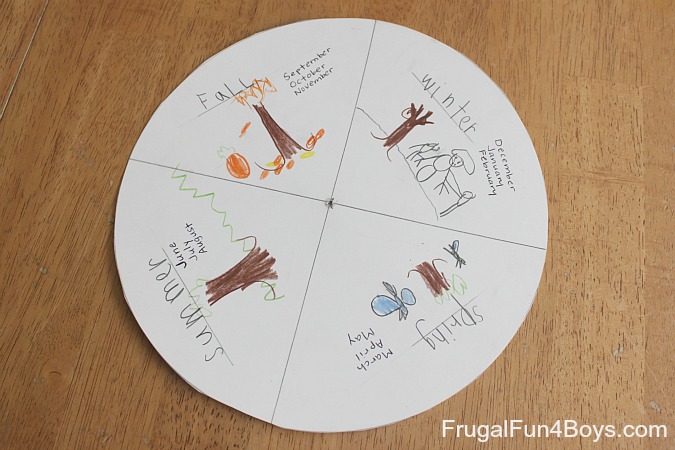 Then, I cut out another circle from poster board and cut a window in it. I attached the two circles with a paper fastener so that Gresham can turn the circle and see one season at a time.

It’s not all that pretty, but it works well. 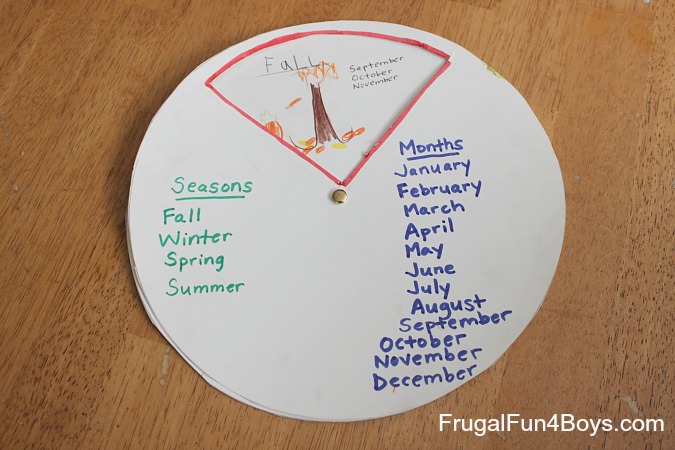 I found this idea for a season sort on Pinterest and thought it would be great for Gresham and Owen. I made him some cards with pictures to sort by season. This seemed helpful for solidifying the concept of each season. 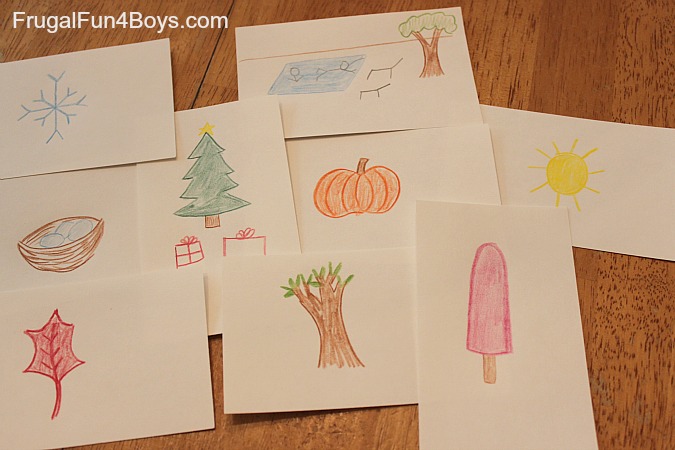 Fall is a great time to learn about the seasons… now we just need fall to arrive in Texas! It’s been in the 90’s this week!