Here’s how the game works:

There are twelve tower spaces on the printable mat, and if you use a 12-sided math dice, you can cover all of the multiplication facts through the 12’s. Or roll two 6-sided dice. For beginners, I would recommend using just one 6-sided dice.

If you use a 12-sided dice, you’ll need to have 144 bricks in case the kids roll 12 and 12. Don’t let that number scare you too much though – we found 110 bricks easily just sifting through our bins. Granted, we have a large LEGO® collection, but still… I think you’ll find more than you think! Another option is to stop by the brick wall at your local LEGO® store and fill up a cup or two with 2 x 2 bricks. 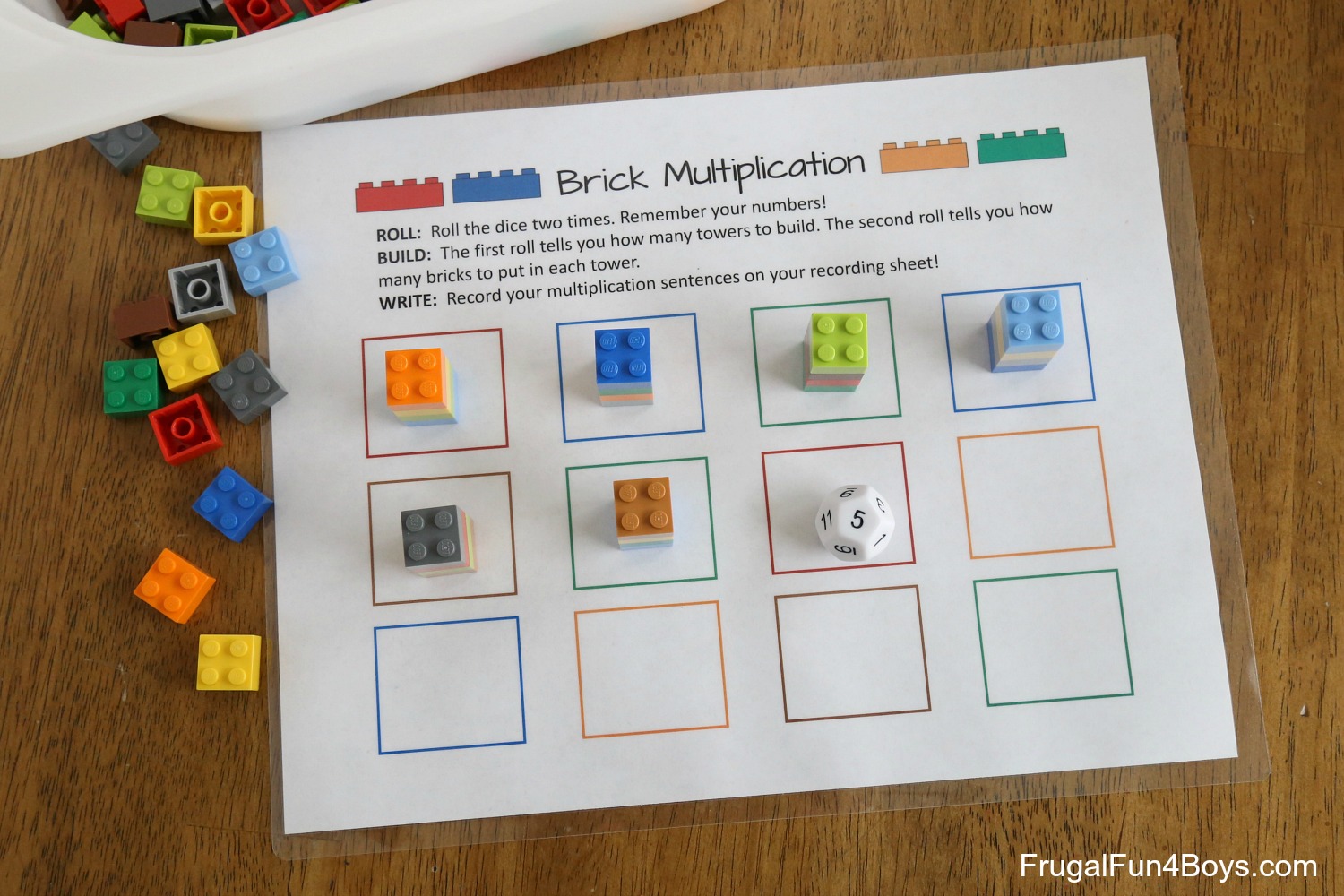 My 8 year old tested out this game for me, and he really enjoyed it! Building the towers makes multiplication so visual. Perfect for my kinesthetic learner. 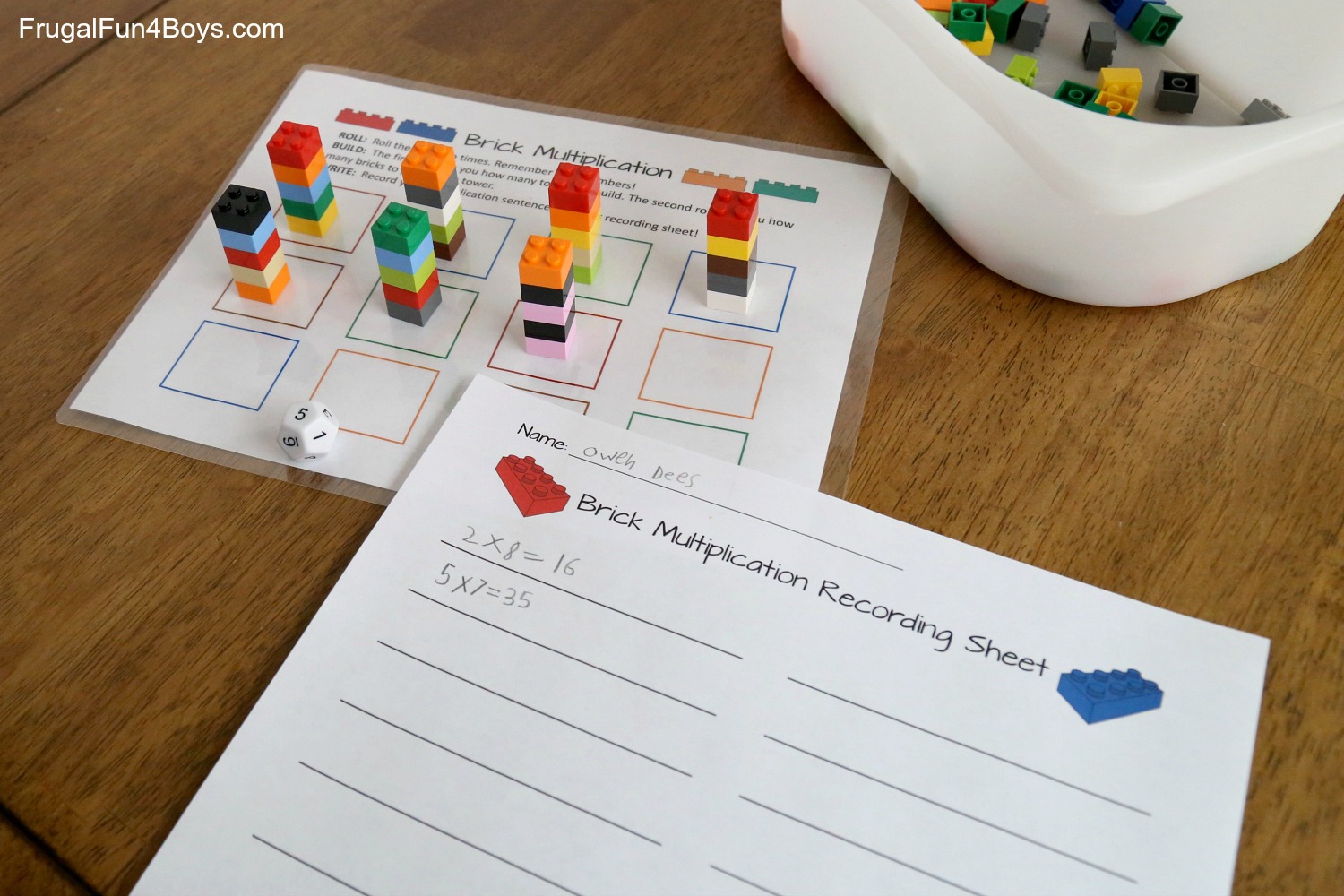 After he built 7 x 5 (and figured out that it was 35) he decided to attach all his towers to see how tall 35 bricks would be.

Encourage kids to also figure out whether seven 5’s is the same as five 7’s, etc. 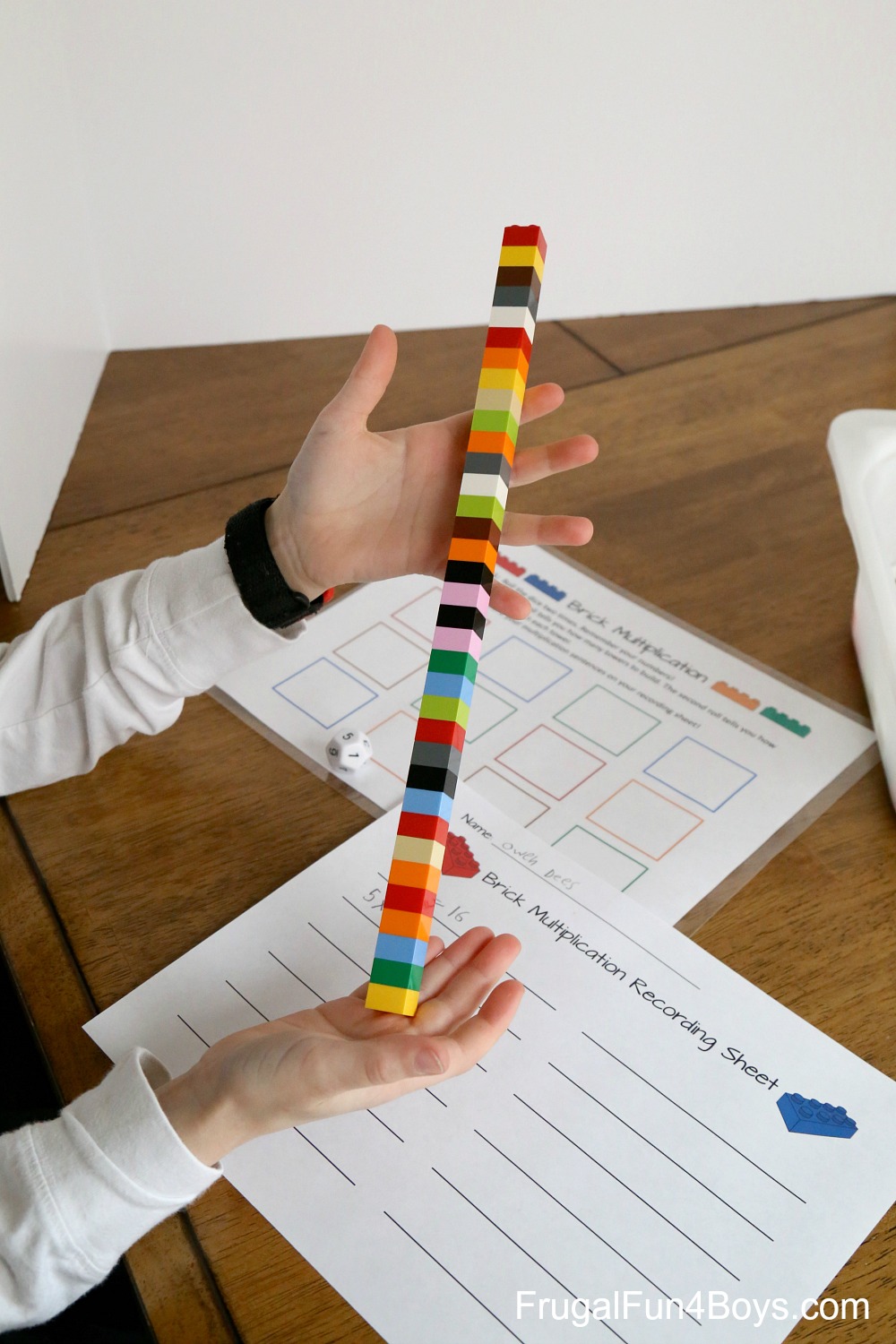 There is a recording sheet to go with this activity so that kids can write out the multiplication sentences they build. 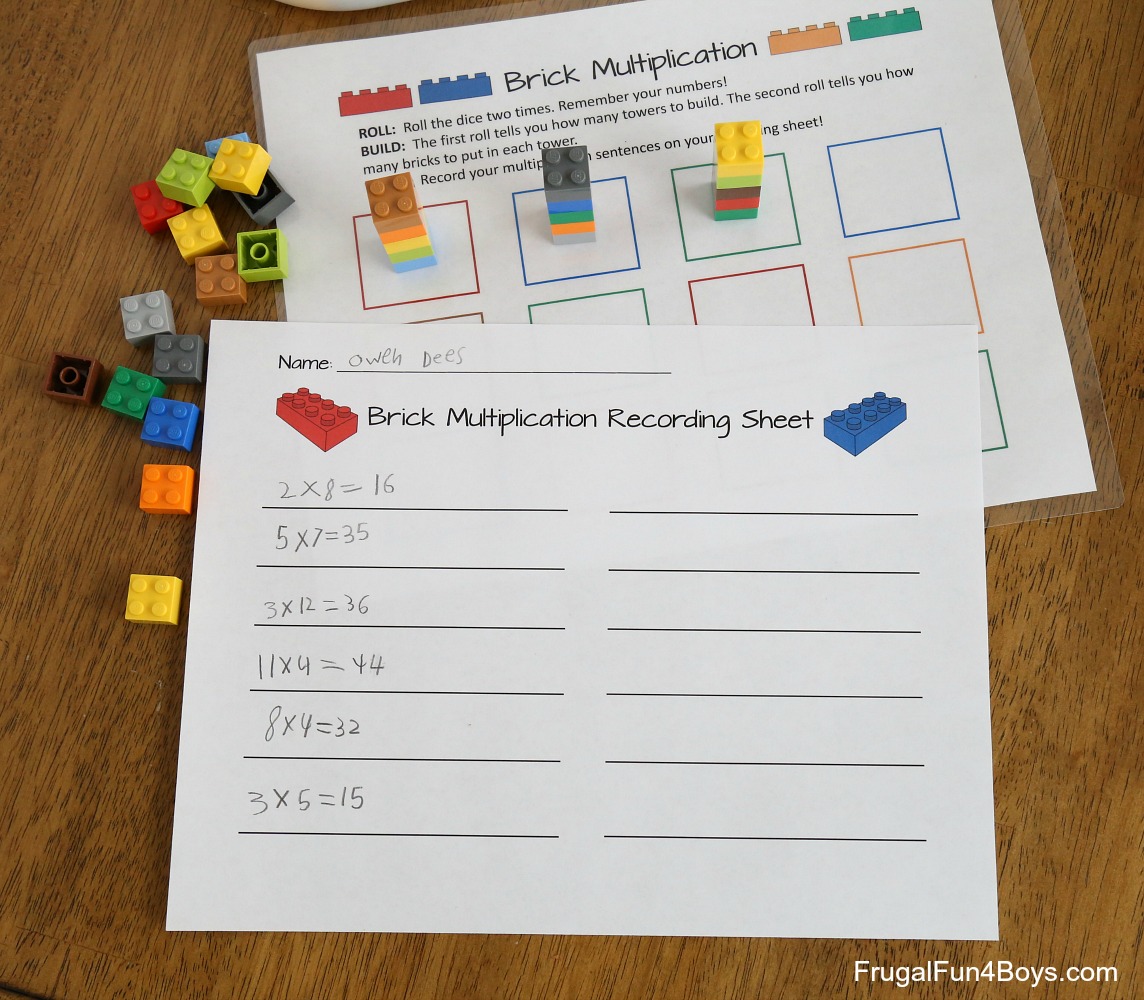 Ready to print your LEGO® Multiplication Game? Click the link below. The PDF file will open, and you can print from there. 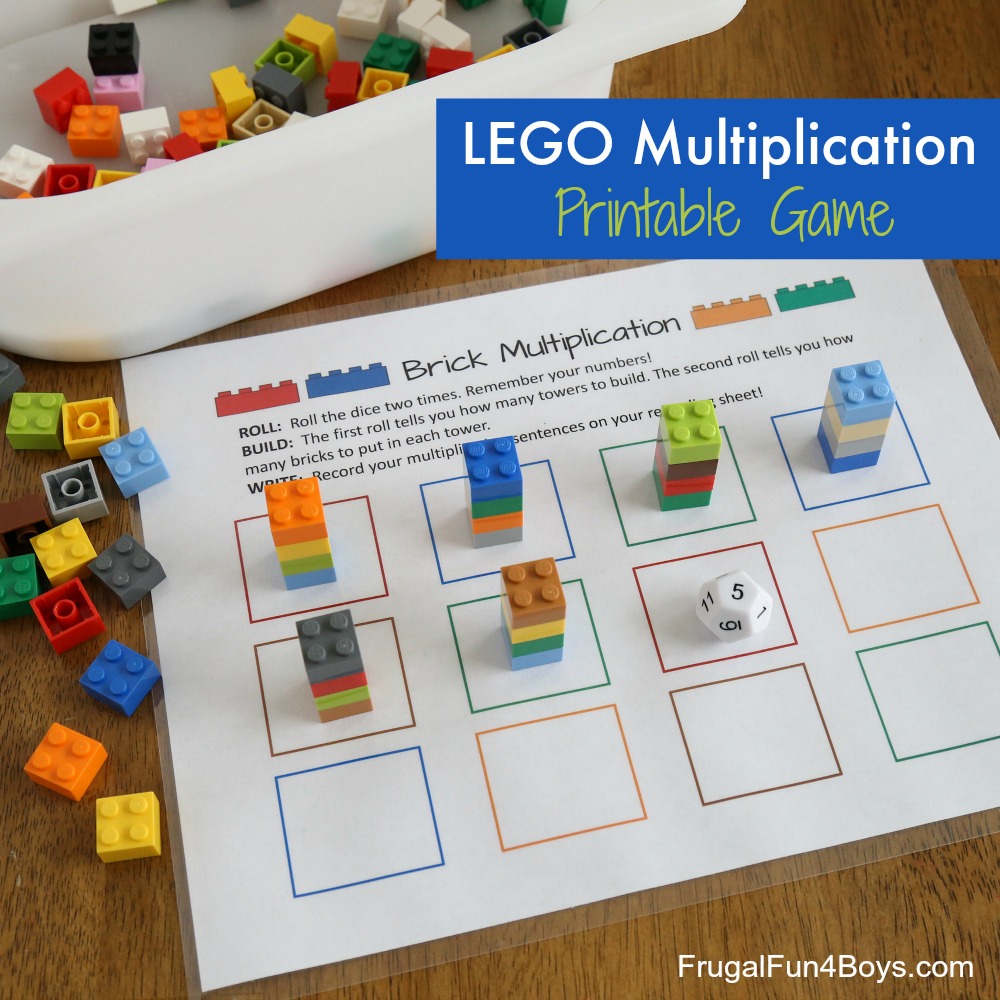