It provides some awesome fine motor skill practice as well.

We used some pumpkin cupcake toppers that I found in the seasonal section at Hobby Lobby. To create the game, I used a hammer and nails to make holes in the top of a cardboard box. 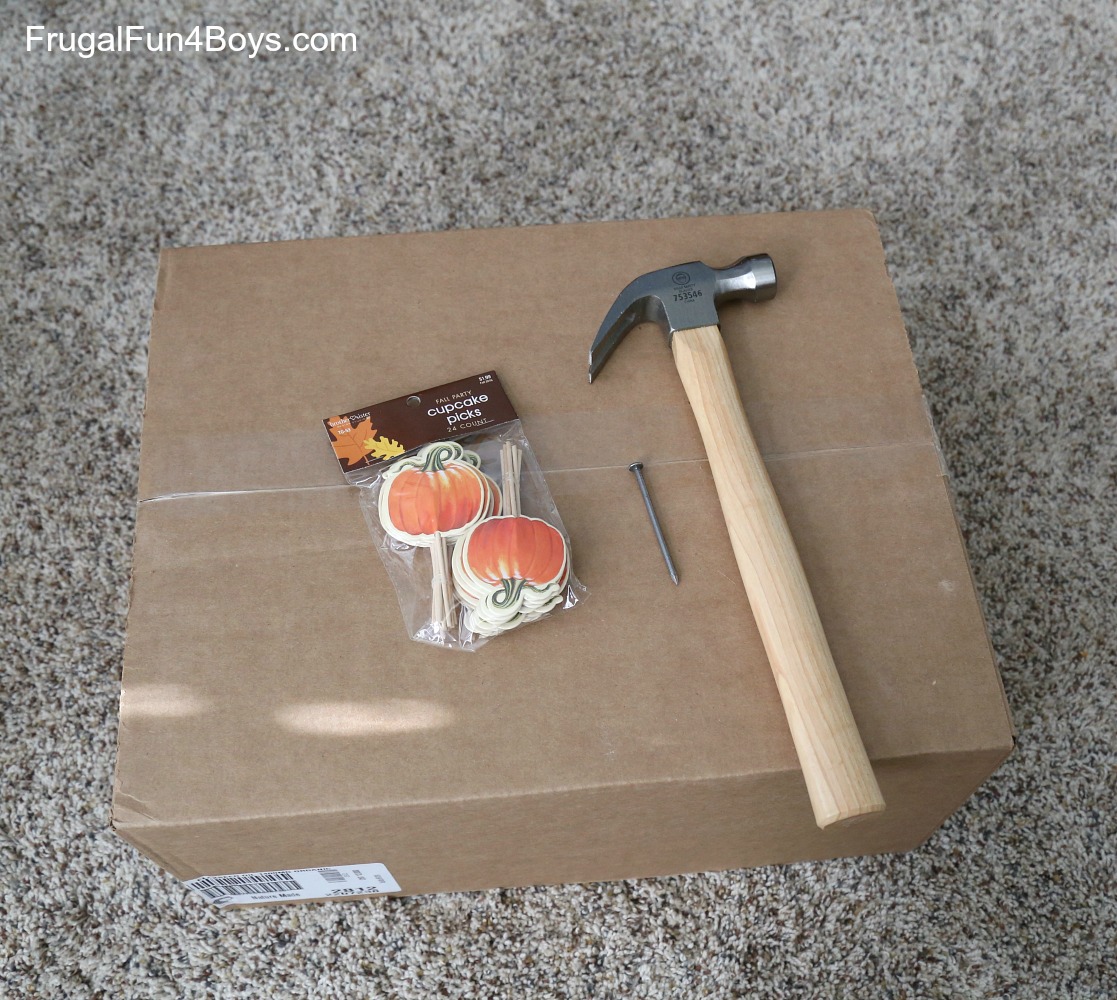 I made 20 holes in the pattern of two 10 frames for easier counting. Then I made some number cards with the numbers 1-20 and put those in a little cup. 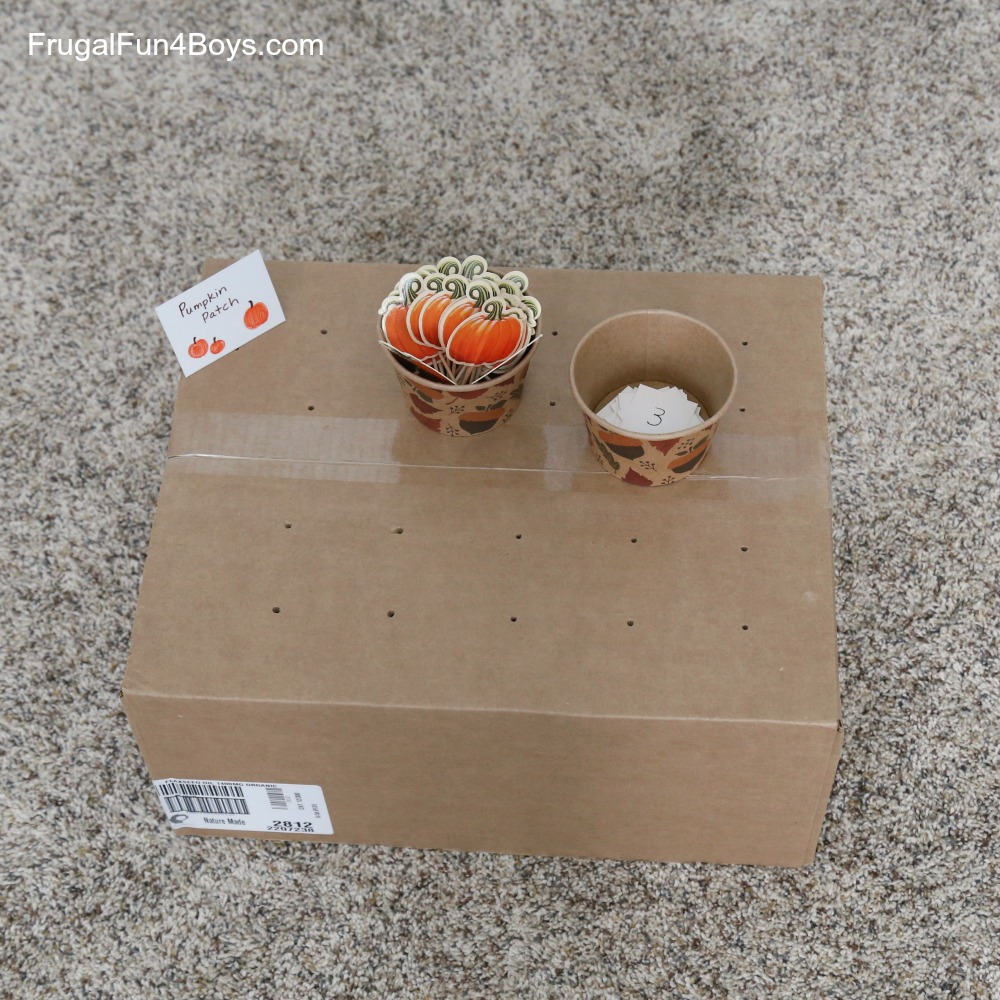 The point of the activity is to draw a number from the cup and then count out that many pumpkins. 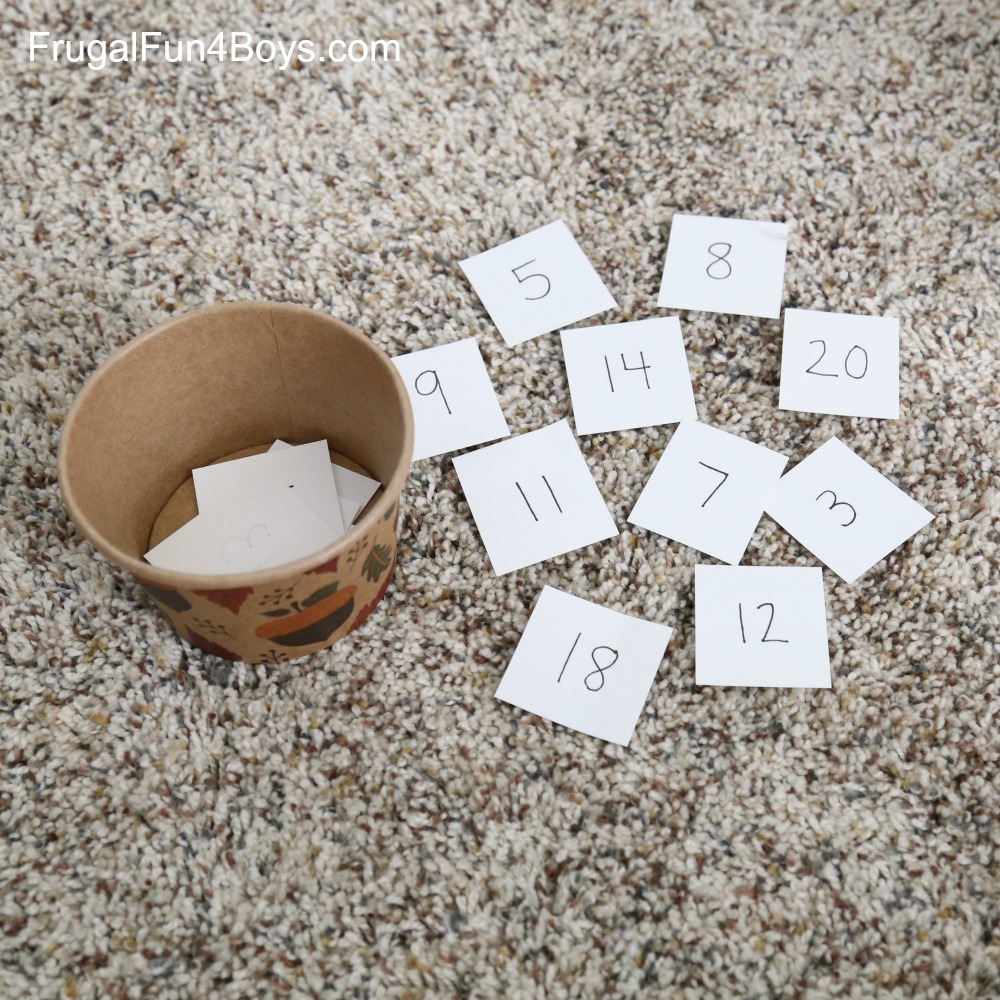 Inserting the pumpkin cupcake picks into the holes is fun in and of itself!

Janie was anxiously awaiting her turn. 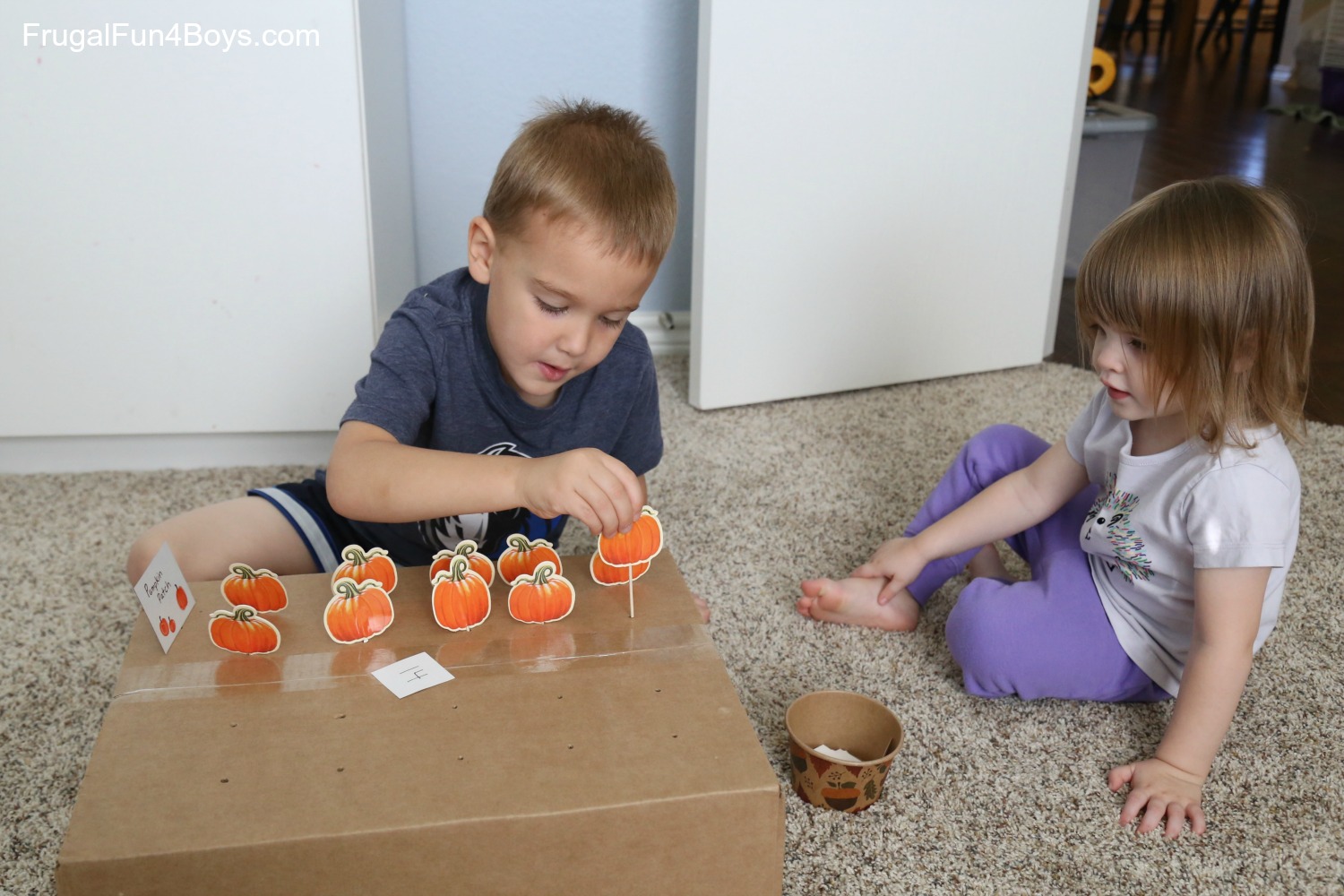 It’s easy to see that 14 is 1 ten and 4 ones. Not that Jonathan really understands that concept quite yet, but we are paving the way! 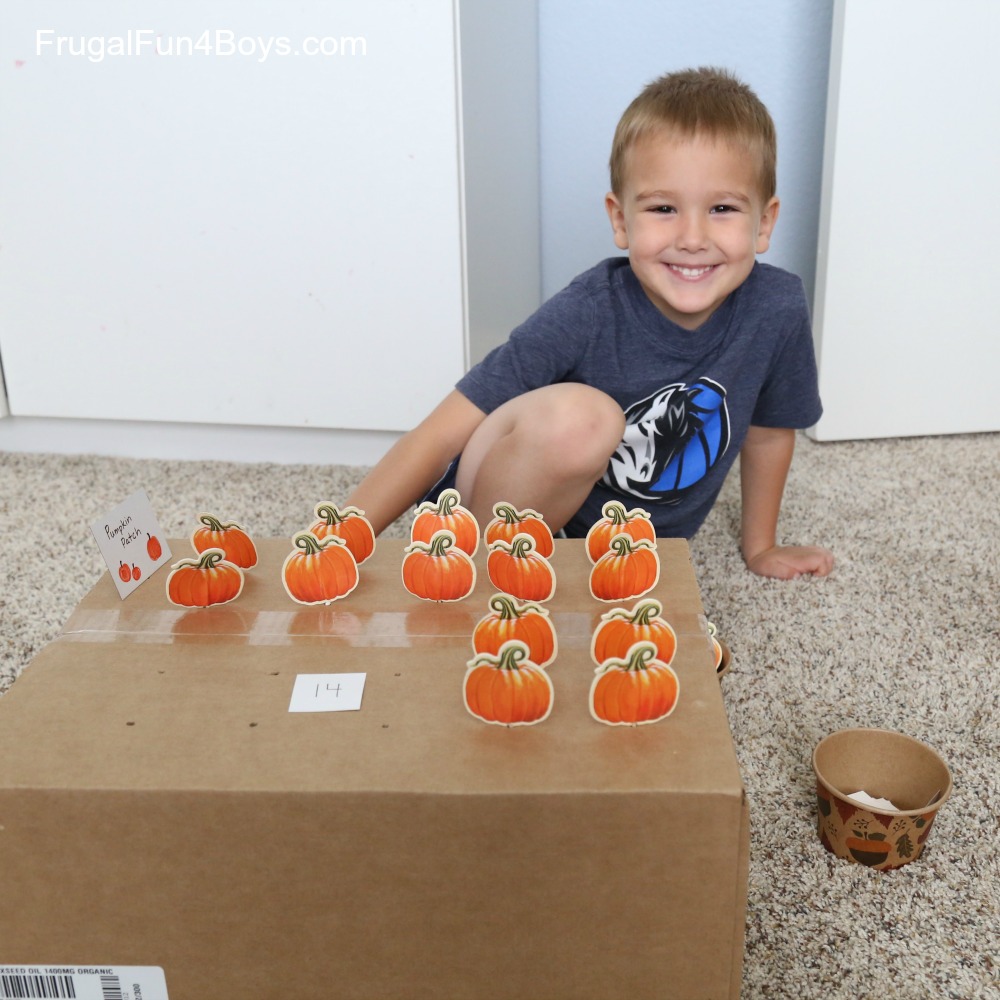 Counting to 20 was his favorite because he got to put in all the pumpkins! 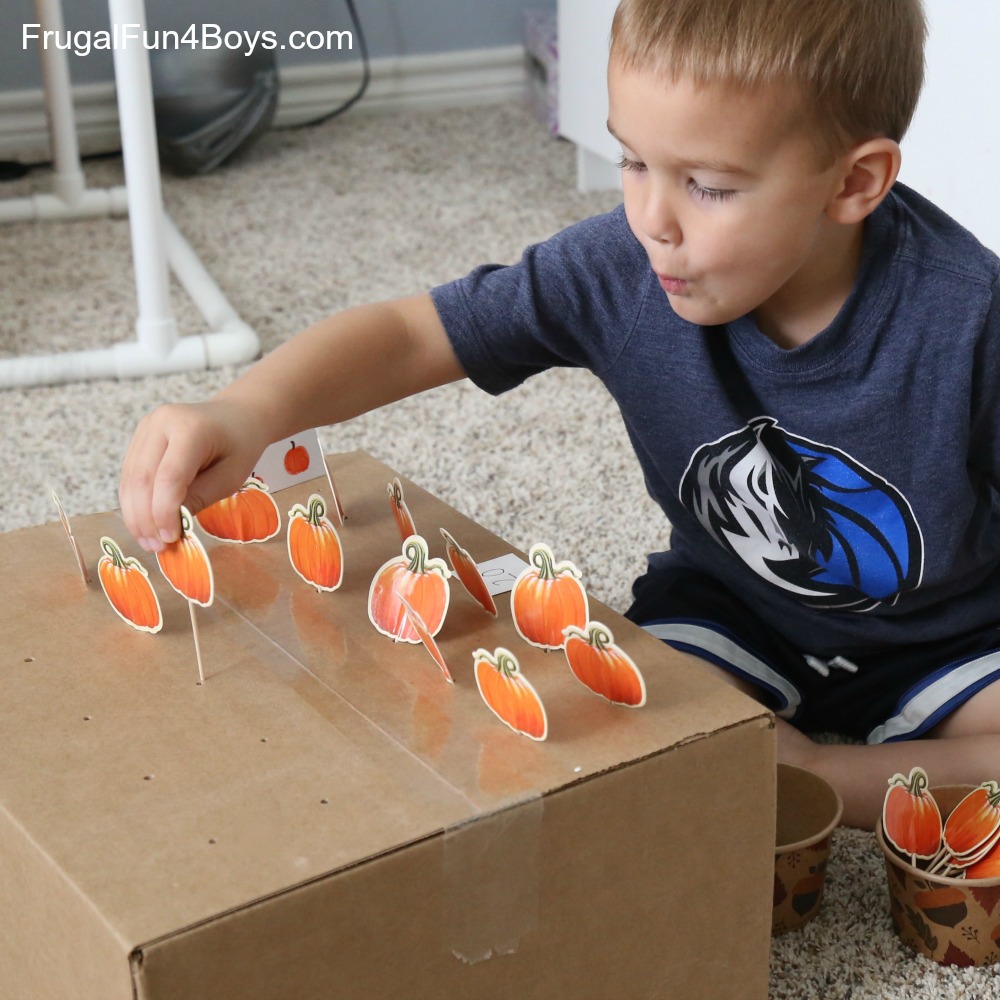 I attached the pumpkin patch sign to a toothpick and made a hole for that too. 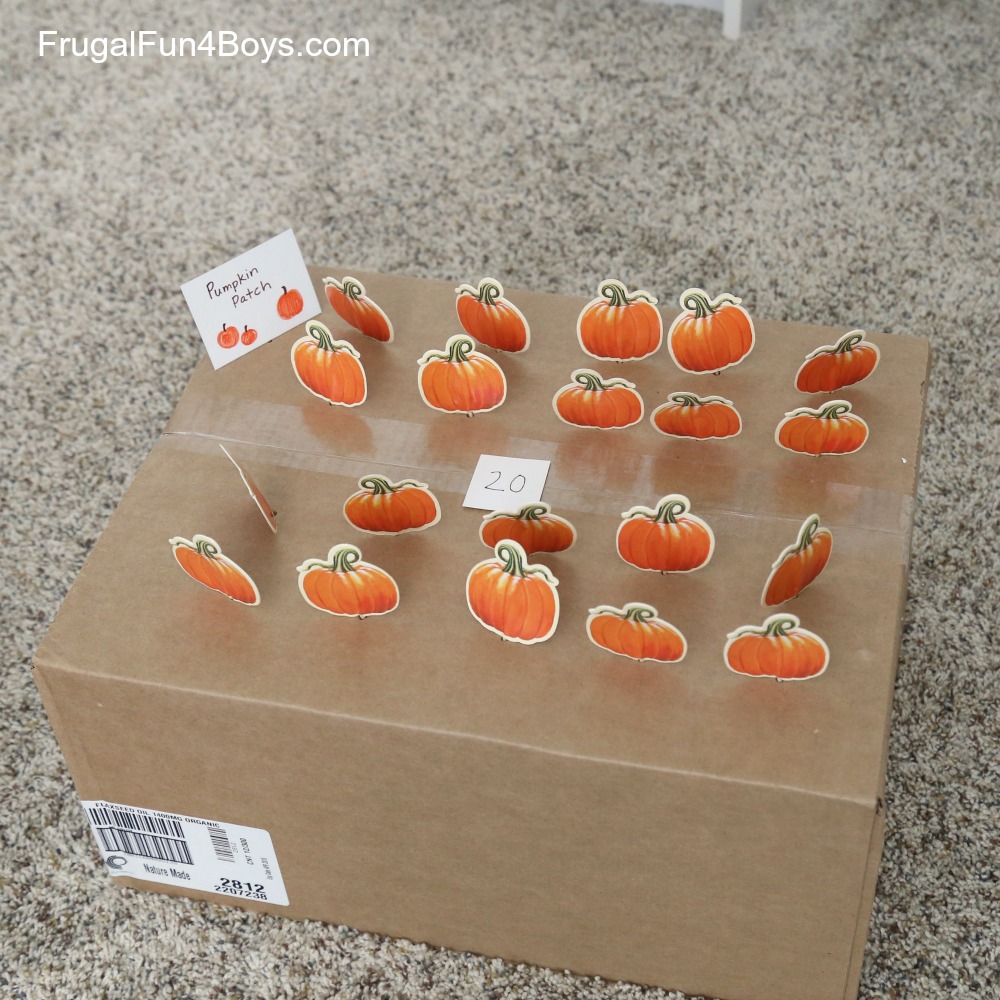 So simple and so hands on. Both preschoolers have had fun just playing with the pumpkins! They were pretending that people were buying pumpkins and putting them in and out of the holes. 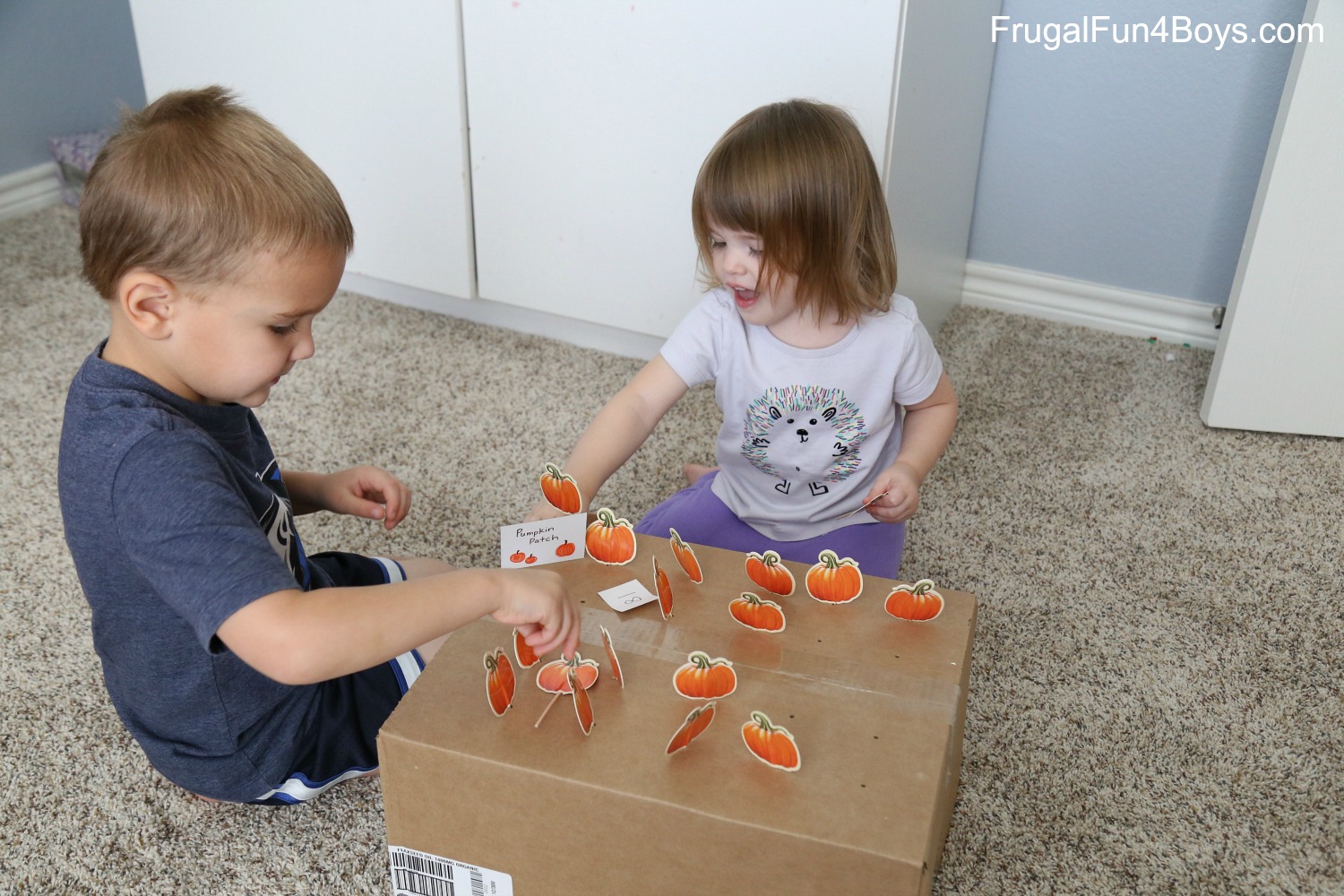 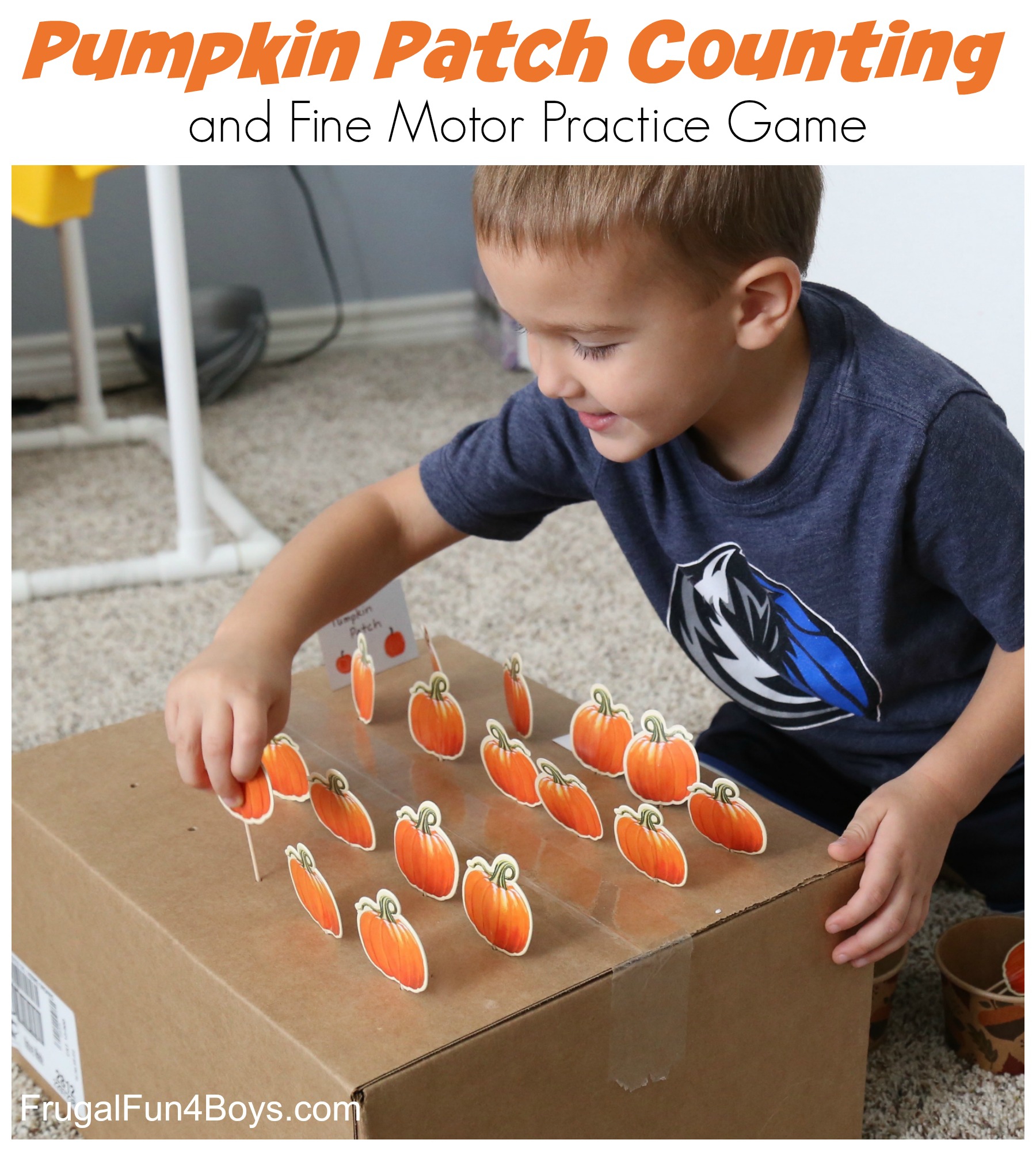