For preschoolers, often the most motivating way to learn to count and recognize written numbers is through play. The boys are STILL obsessed with Hot Wheels (if you’ve been following our blog, you’ll know that this has lasted for a long time!), and we set up a Hot Wheels car race to practice recognizing, counting, and writing the numbers 1-20. 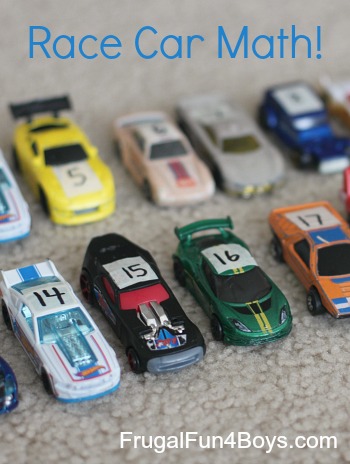 First, we chose 20 cars to be in our race. The boys spent a lot of time deciding which cars would race and what numbers they would be. 🙂 I labeled the cars with masking tape and a sharpie. 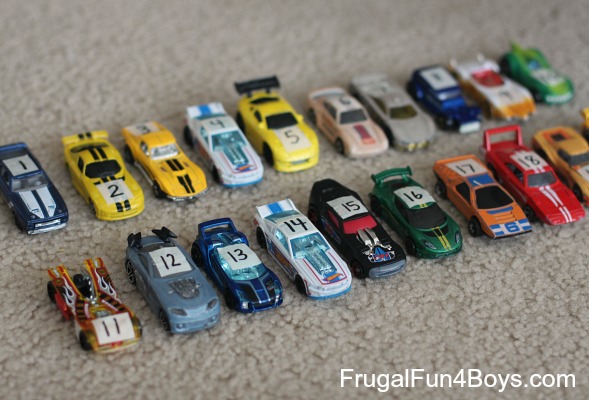 I had Aidan make squares of paper with the numbers 1-20. We put the squares in a bowl. For each heat, I had Owen draw out two squares, and those would be the cars that would race down the ramp. 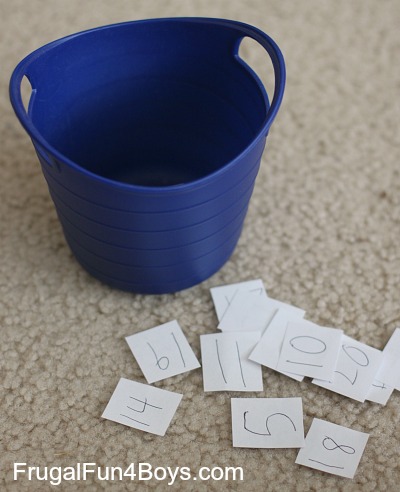 Owen had to find the cars with the correct numbers on them (number recognition!). 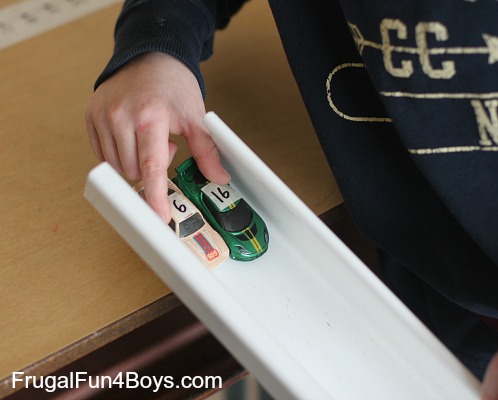 Then he wrote the race results in a chart that I made for him. For each heat, Owen wrote down the numbers of the cars that were racing. Then, he circled the number of the winner.

We had so much fun! 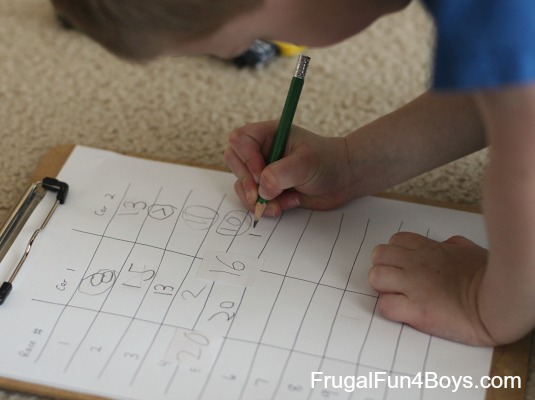