When I came downstairs on Saturday morning, Aidan was so excited to show me that he had already created half the Star Wars cast out of Rainbow Loom bands! (For the record, I only slept in until 8:30… he’s a major morning person and type A personality!) He didn’t use any tutorials because he doesn’t have access to a computer when he’s by himself, but he was already familiar with the basic action figure design from PG’s Loomacy Spider Man tutorial. We searched Youtube for tutorials we did not find a good one for Han Solo or Luke Skywalker, so we filmed one. 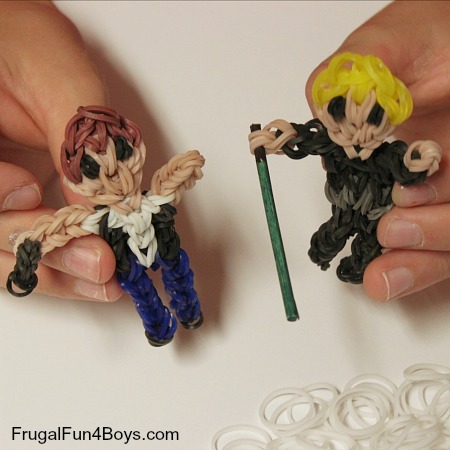 The tutorial for Han Solo includes his pistol. 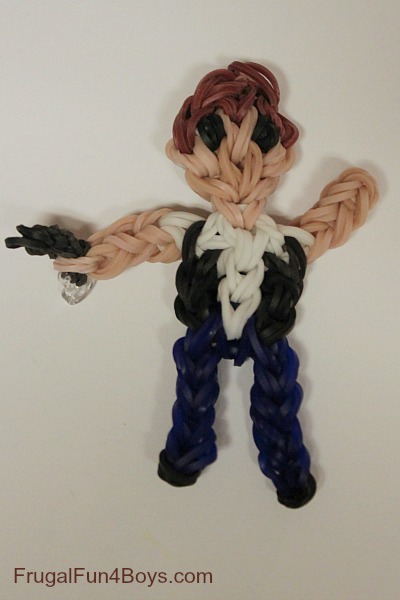 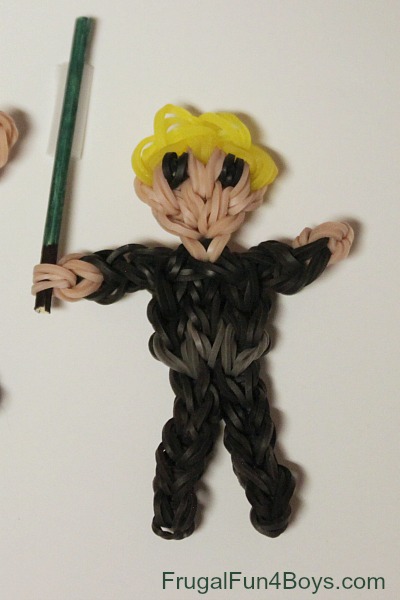 Here’s the tutorial video. I apologize for the goofy focus on my camera. One of these days, I’m going to upgrade… Check back for more Star Wars characters in the next couple of weeks!